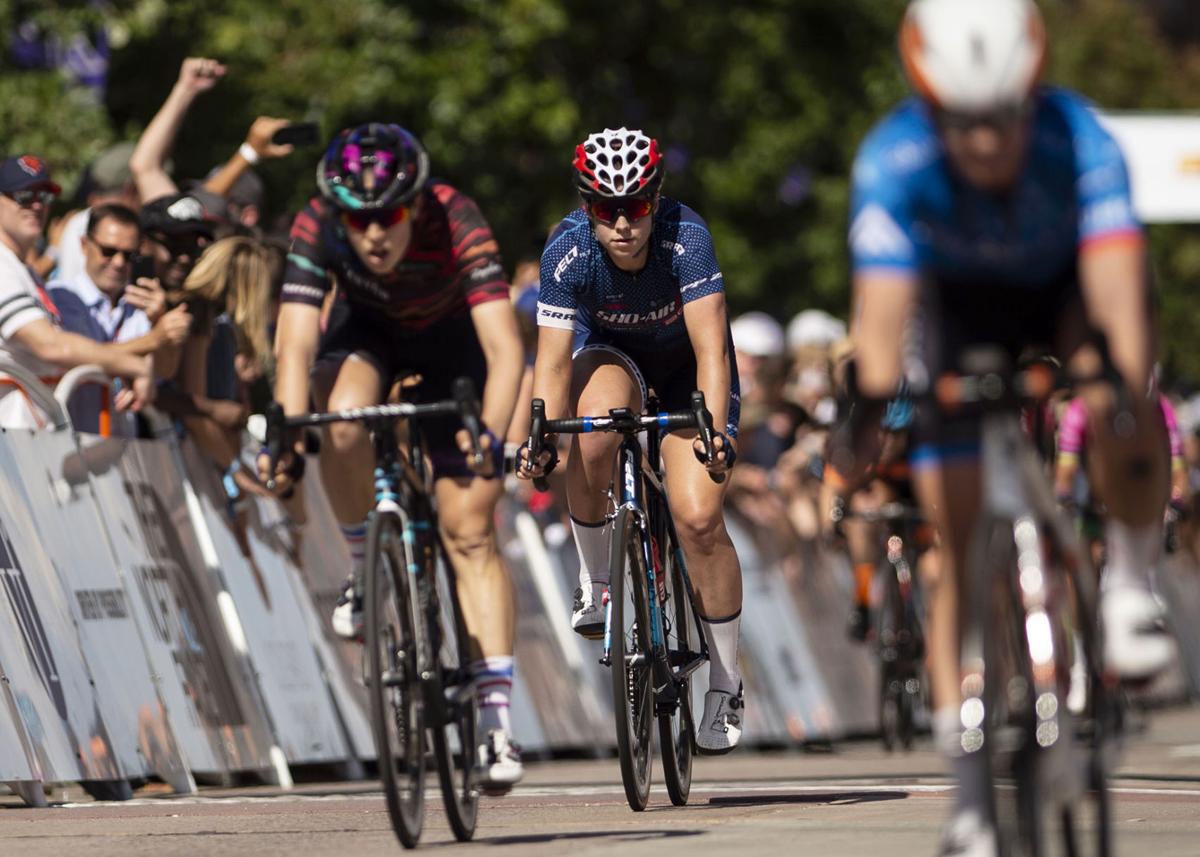 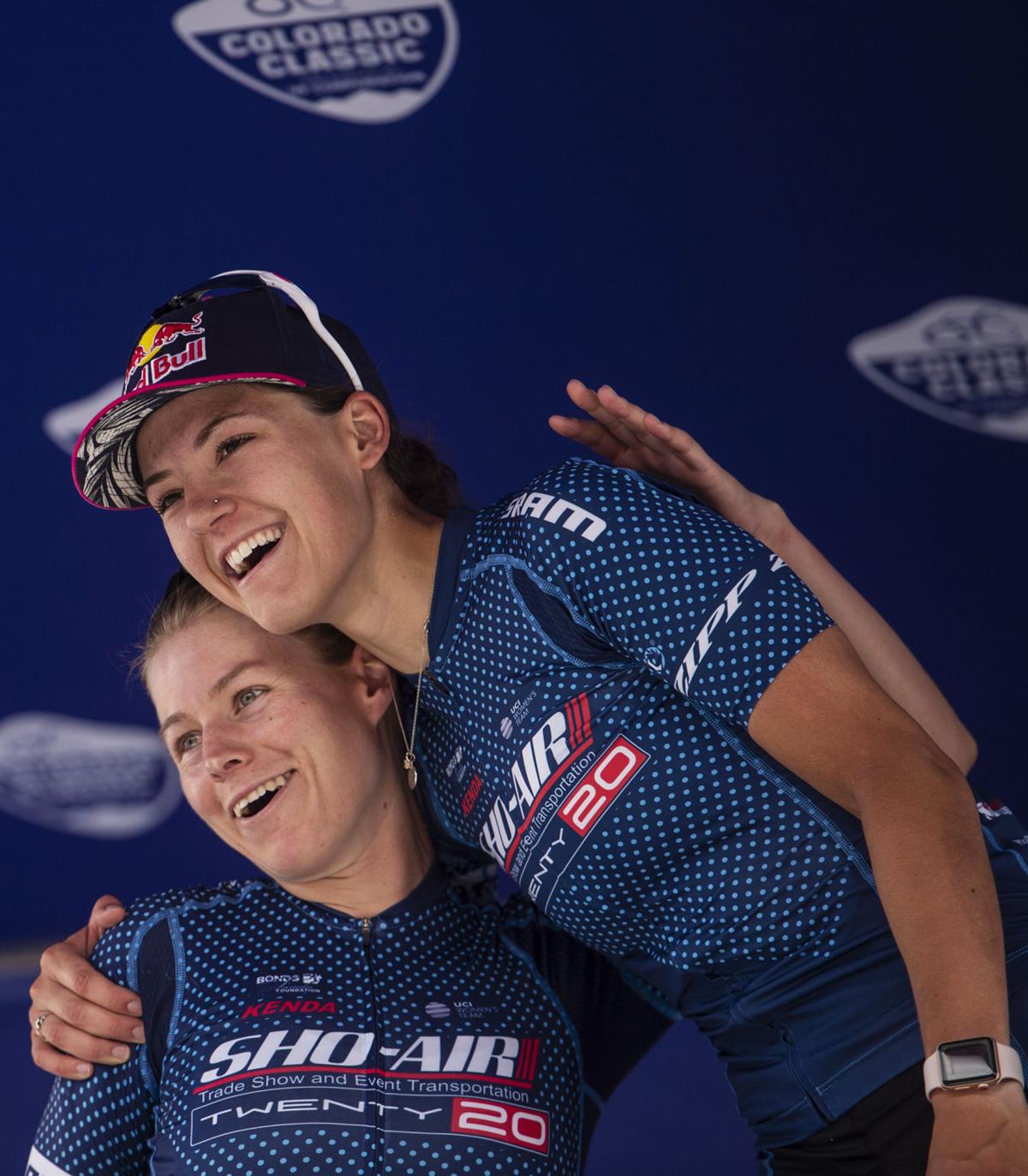 Ask Jenn Valente if she’s recognized by classmates at the University of Colorado at Colorado Springs, and the Olympian seems genuinely surprised by the question.

“No, no,” she says with a smile and an are-you-kidding-me look.

See, Valente thinks of herself as just another student at UCCS, just another 24-year-old trying to find her way. And she doesn’t understand why anyone would view her in a different light.

Humble, not surprisingly, is one of the adjectives those close to Valente use to describe her. Smart, hardworking and beautiful are others. And quiet, very quiet.

Truth is, when she’s not in red, white and blue straddling a bike, Valente tends to blend into her surroundings. She doesn’t stand out in a crowd, and she’s fine with that.

Valente carries a silver secret, however.

In 2016, she joined fellow track cyclists Chloe Dygert-Owen, Kelly Catlin and Sarah Hammer at the Rio de Janeiro Games, where they won a silver medal for the U.S. in team pursuit, a competition pitting two teams against each other on opposite sides of the velodrome.

“That’s kind of the beauty of it though,” she says. “It’s Olympic City USA. So I feel like it’s not actually that unusual to run into someone who’s an Olympian or has competed at that level.”

Mari Holden, a longtime coach with an Olympic silver medal of her own, maintains the aw-shucks approach is just part of Valente’s personality. Holden’s been watching the talented cyclist since her early days as a Southern California sprinter. She’s seen the incredible progression, the passionate work ethic, the standout performances. And she’s marveled at times at the stoic silence.

“She does things in a different way, and she’s a little bit more quiet about it,” Holden says.

It would be easy to mistake that reserved demeanor for a sign of weakness. But Valente is tenacious on the bike. When her massive quads start to churn, she makes people take notice.

“The fact that she can sprint sitting down (in the saddle), it’s just beyond me,” fellow rider Allie Legg says.

The sheer power Valente generates over a short distance positions her well for the track, where she’s won three world championships. But she’s also a threat on the road, as she proved last month in the third edition of the Colorado Classic stage race.

Valente pocketed nearly $9,000 by outsprinting the field on two bonus cash laps during the event, finished runner-up in one of the four stages and helped pave the way for Dygert-Owen, her close friend and Sho-Air Twenty20 teammate, to claim the yellow jersey as overall champion.

“It’s really special when you have that person on and off the bike where you don’t even really need to talk to each other,” Dygert-Owen says. “We just know how we’re feeling, know what we need.”

Even if the two riders are very different. One is shy, the other gregarious. Dygert-Owen stays active on social media, posting regularly on Twitter, whereas Valente hasn’t tweeted in almost seven years.

Holden, the team director for Sho-Air, believes the dynamics of their odd-couple relationship only makes them stronger.

“Since they’re always together on the track, they’re a good team,” Holden says. “And I think it has its challenges at times. But if their personalities were the same, it would be a lot more difficult.”

No need to worry. Valente isn’t changing anytime soon. She’s content living outside the spotlight, thank you very much. And her silver secret, well, it can stay that way.

But ask Valente if she’s got aspirations for the Tokyo Games in 2020, and the Olympian replies with a smile and a matter-of-fact look: “Everyone wants to win medals, right?”