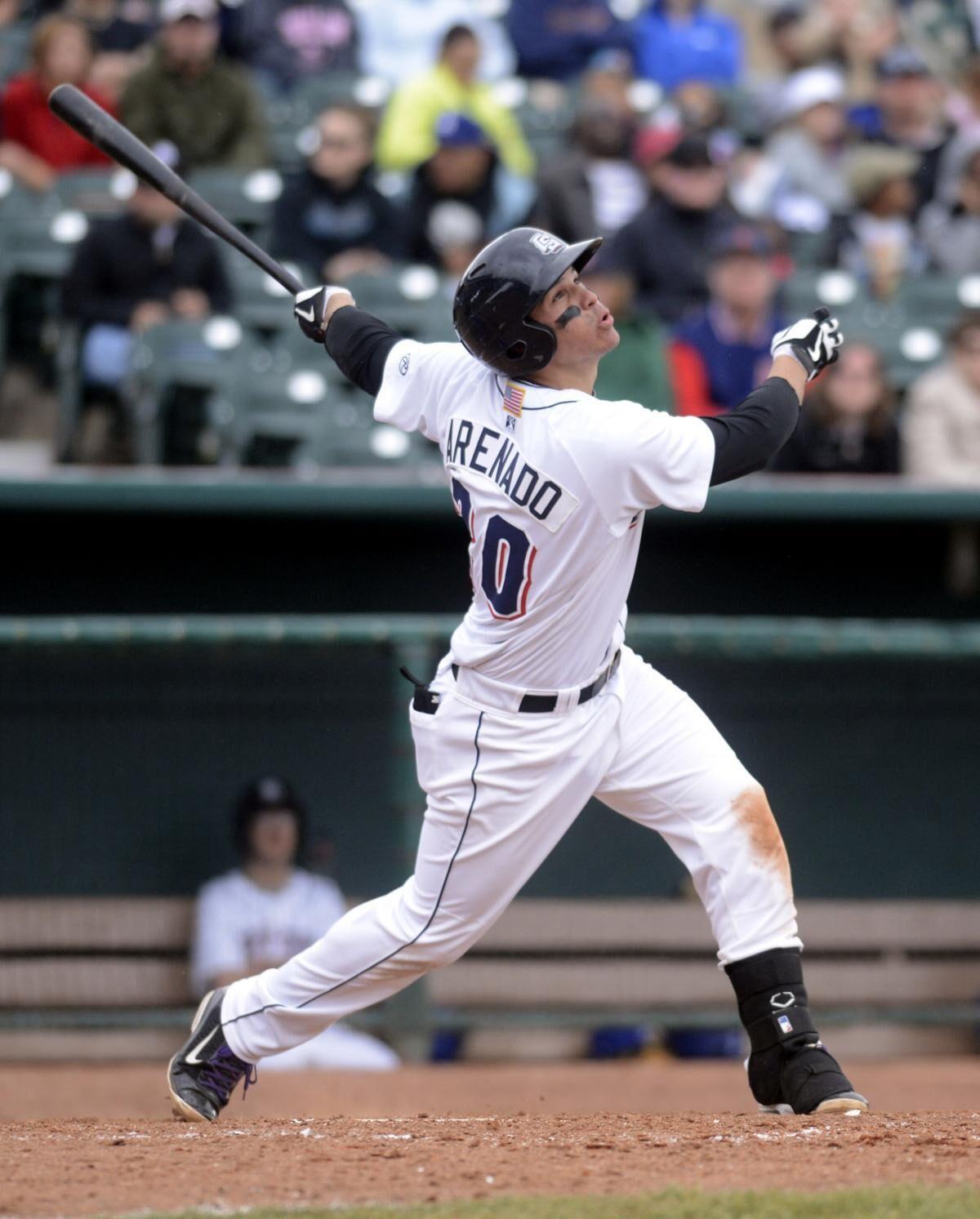 Nolan Arenado began the 2013 season as a member of the Colorado Springs Sky Sox before his call-up to the Rockies. 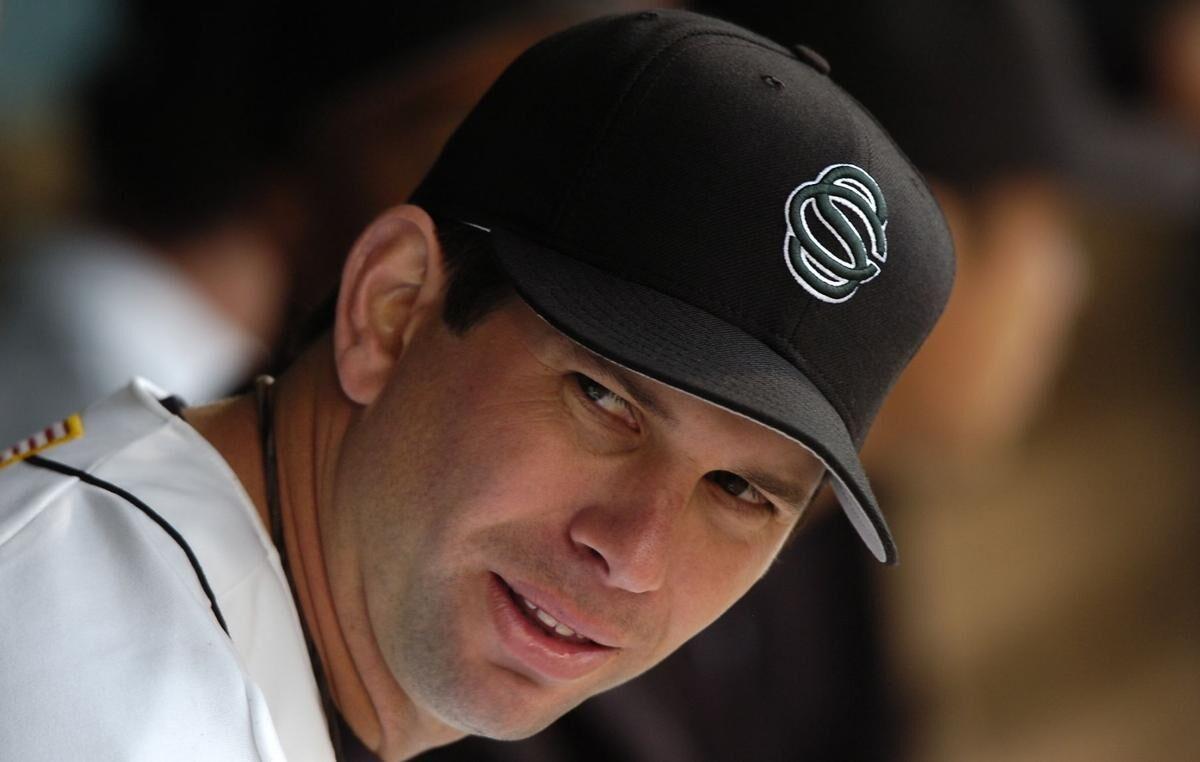 Todd Helton was a regular with the Colorado Springs Sox in 1996 before his promotion to the Rockies.

Nolan Arenado began the 2013 season as a member of the Colorado Springs Sky Sox before his call-up to the Rockies.

Todd Helton was a regular with the Colorado Springs Sox in 1996 before his promotion to the Rockies.

I count myself among the tens of thousands of Colorado Rockies fans. I am also an impartial journalist.

So you might understand why it drives me bonkers when Rockies faithful and members of our state’s media complain about the recent Nolan Arenado trade as if it is on par with Babe Ruth being sold to the New York Yankees by the Boston Red Sox a century ago.

For the past few weeks I’ve spent many hours researching the history of the organization, revisiting my relationships with former members of the Rockies’ upper management and taking a hard look at the hundreds of players who wore the uniform of the Colorado Springs Sky Sox before their promotions to the Mile High City.

Before we get into the nuts and bolts of my case, allow me to set the stage. I began my transition to Colorado Springs from southern California in February 2001. The Rockies were preparing for their ninth season.

I was familiar with the organization on numerous levels. My good friend, Bill Geivett, was the assistant general manager of the Rockies in those days. I knew Bill from my days covering Los Angeles Dodgers minor leagues teams, as well as the major league Dodgers. Bill and I spent many hours talking shop in press boxes and managers’ offices when he worked in the Dodgers’ front office.

Bill was extremely excited about building the Rockies into a winner. Helping the team reach — and win — a World Series was priority No. 1 for him.

In 2007, that dream of reaching the World Series was realized when the Rockies put together a magical September and October run for the ages. The club won 14 of their final 15 regular season games to advance to the postseason as a wild card team. They then swept the Philadelphia Phillies (3-0) and Arizona Diamondbacks (4-0) to claim a spot in the World Series.

Colorado’s incredible run came to an abrupt halt when they were swept in the Fall Classic by the Red Sox.

For all intents and purposes, the above two graphs sum up the Rockies’ success dating back to their inaugural 1993 season.

Over the last few weeks since the Rockies traded Arenado (he played in 18 games for the Sky Sox in 2013 before his call-up) to the St. Louis Cardinals for a bag of baseballs, sportswriters and sportscasters in the Centennial State have lost their minds. They believe that the Arenado trade will set the team back decades.

The Rockies have qualified for the postseason just five times. Take out 2007 and the team is a combined 3-10 in playoff games.

Rockies fans like to believe that the Dodgers are their biggest rivals, but that is not the case. Not no way. Not no how.

The Dodgers have won eight consecutive National League West titles since 2013. They won 90-plus games every season (except the abbreviated 2020 campaign) and appeared in the World Series in 2017, 2018 and 2020 (they defeated Tampa Bay).

The Dodgers’ combined playoff record since 2013 is a staggering 46-38. The Rockies are 1-4 in the postseason during that same time span.

The Rockies’ biggest nemesis (other than poor ownership) is the NL West itself. The San Francisco Giants won World Series titles in 2010, 2012 and 2014. The Arizona Diamondbacks usually field a competitive club (they’ve won five NL West titles since their inaugural 1998 season). The San Diego Padres (four NL West titles since 1996) are on the verge of challenging the Dodgers for the division title this season.

I am not suggesting that us Rockies fans need to settle for second best, but the purple and black are not one of the most storied franchises in all of sports.

None of those World Series winners rank among baseball’s elite, but they managed to make great runs and win it all.

Can the Rockies join that list of World Series champs sooner than later? Anything is possible, but a different approach by team ownership and management must take place. Putting the right pieces in order to make a serious run at a division title is a start in the right direction.

I encourage all of you not to give up on the Rockies. And certainly don’t accept the status quo. But I think it is also important to realize that the Rockies haven’t exactly lit the baseball world on fire over the last four decades.

The Sky Sox were the Rockies’ Triple-A affiliate from 1993-2014. During that time, the club qualified for the postseason just twice. They won the Pacific Coast League title in 1995 and were swept in the 1997 playoffs.

The Rockies relocated their Triple-A team to Albuquerque and have missed the playoffs every season. The Isotopes are a combined 60 games below .500 since the Rockies came to town.

No Rockies Double-A team (New Haven/Carolina/Tulsa) has ever won a league championship or finished in first place.

It is not my intention to bash the Rockies’ organization. But clearly, something needs to change. And quick.