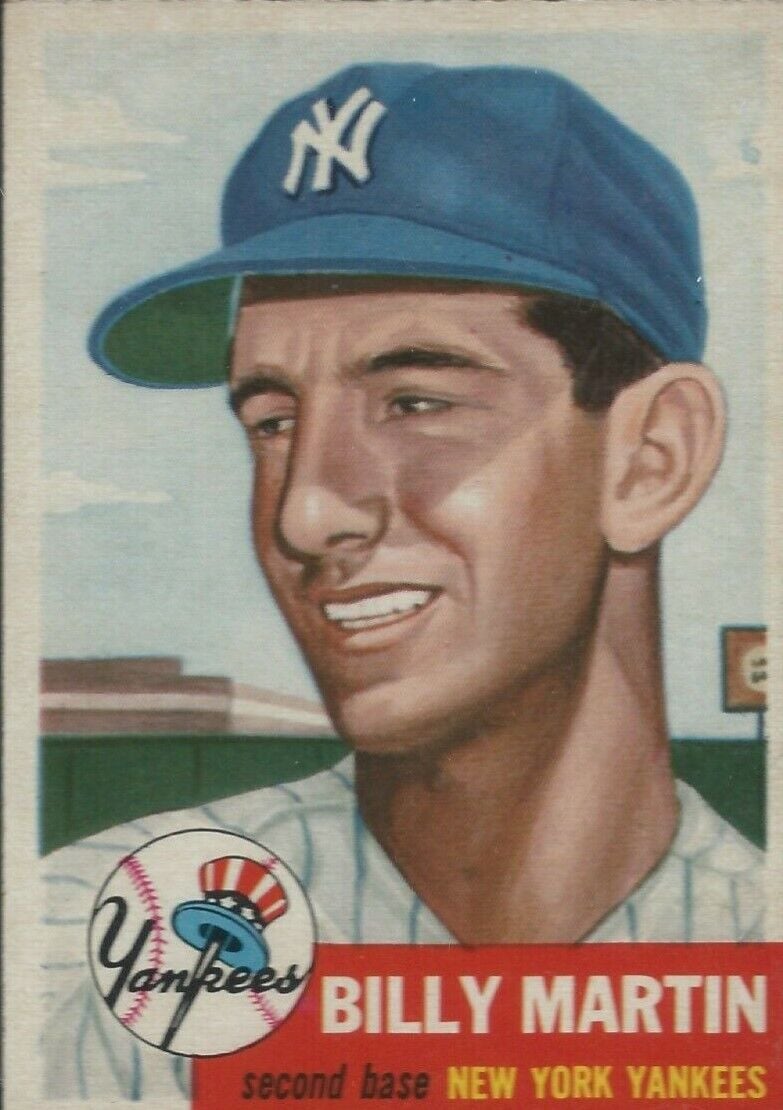 Billy Martin’s 1953 Topps baseball card. Martin was a frequent visitor to Colorado Springs, beginning when he was stationed at Camp Carson in the 1940s. 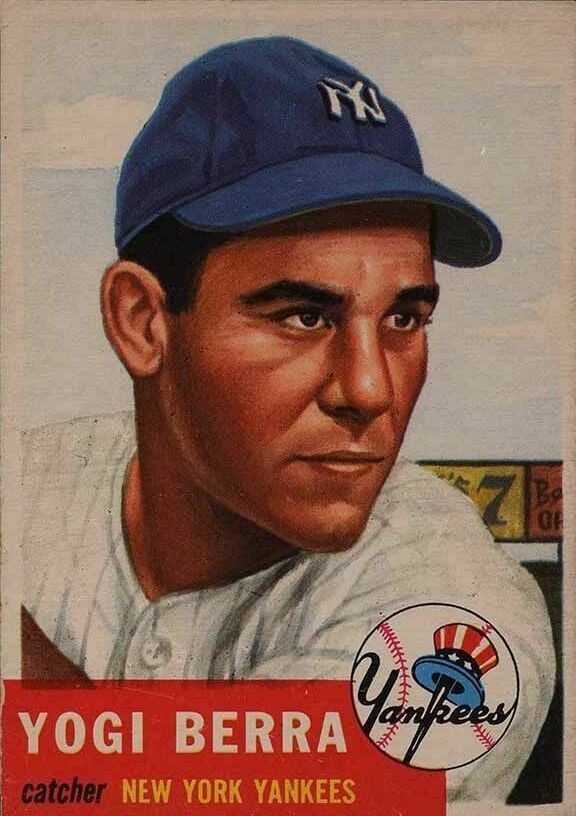 Yogi Berra was the star attraction of the baseball game played at Memorial Field on Oct. 10, 1953.

Billy Martin’s 1953 Topps baseball card. Martin was a frequent visitor to Colorado Springs, beginning when he was stationed at Camp Carson in the 1940s.

Yogi Berra was the star attraction of the baseball game played at Memorial Field on Oct. 10, 1953.

For it was on that beautiful fall day nearly 70 years ago that the greatest collection of baseball stars were ever assembled on one field in the history of Colorado Springs and the Pikes Peak region.

Mickey Mantle was scheduled to play in the game, but he did not make the trip because he was facing the possibility of knee surgery following the Yankees’ six-game victory over the Brooklyn Dodgers in the World Series.

The game at Memorial Field was part of a postseason tour by Major Leaguers to promote the game and make a little extra dough. The games were played west of the Mississippi River, before Major League Baseball’s expansion.

Yankees famed pitcher Eddie Lopat managed a team consisting of many of that year’s regular season All-Stars that played in the midsummer classic at Crosley Field in Cincinnati. Chicago White Sox manager Paul Richards managed the other team, which was made up of good, but not great, Major Leaguers.

Lopat’s team won 18-7 in front of an afternoon crowd of 4,505. Temperatures were in the 60’s, according to the newspaper account by then-Gazette Telegraph sportswriter Al Goldfarb. Goldfarb also described the game as being “loosely played.”

Cleveland Indians hurler Mike Garcia started for Lopat’s stars and was credited with the victory, despite giving up 11 hits and seven runs in six innings. St. Louis Browns pitcher Lou Kretlow was tagged with the loss, allowing 13 hits and 14 runs in seven innings.

Yankees catcher Yogi Berra was the main attraction. He was hounded by autograph seekers and those wishing to have their photographs with him. Mathews and Slaughter also were highly sought by fans. Slaughter stole two bases in the game.

Martin was scratched from the starting lineup when he was struck in the ankle while pitching batting practice before the game. Martin got into the game as a substitute and was robbed of a hit when Dave Philley made a great running catch.

Goldfarb wrote preview stories leading up to the game. His first story appeared Oct. 6; the day after the Yankees defeated the Dodgers in the World Series for their record-setting fifth consecutive title. Oddly, no members of the Dodgers made the trip to Colorado Springs.

Goldfarb gives no account as to why the Major League All-Stars decided to barnstorm in Colorado, but my research indicates that Martin and Raviotta, owner of Benny’s Restaurant & Lounge on W. Colorado Ave., played key roles in getting the stars here.

Martin was stationed at Camp Carson (later renamed Fort Carson) in the 1940s. It is well documented that Martin was a frequent visitor at Benny’s and got to know the owner well.

Raviotta was a huge baseball fan — go to his bar and take a look at all the signed photos hanging on the wall — and used his friendship with Martin to convince the All-Stars to come here.

Before and after the game, Raviotta was on the field shaking hands with player and having his picture taken with them.

As part of the stars’ tour, they played a game in Pueblo in front of 5,768 rabid fans on Oct. 8. Following their day game at Memorial Field on Oct. 10, they traveled to Denver for a night game at Mile High Stadium. They also played at Mile High the morning of Oct. 11 in front of 13,852.

The stars then traveled by airplane to Honolulu for six games before heading to Japan, where they spent a few weeks playing Japanese teams.

The stars began filtering into Colorado Springs on Oct. 8. That afternoon, Chicago White Sox pitcher Billy Pierce and Richards spoke at an Exchange Club meeting at the Alamo Hotel. They were pictured in a photograph in the Gazette Telegraph with Exchange Club president George Keener and officer J.M. Harrington.

I must leave you with this great story that seems like more fiction than fact, though I believe it to be true. According to folklore, Martin was having a drink in Benny’s Bar on Aug. 1, 1975, when he received a call at the bar from the Yankees who wished to hire him as their next manager to replace Bill Virdon.

Martin was fired as the Texas Rangers manager on July 21, 1975, and interviewed with the Yankees a few days later in the event Virdon might be fired. Martin told the Yankees the best place to reach him was Benny’s.

A story like that is just too good not to be true.