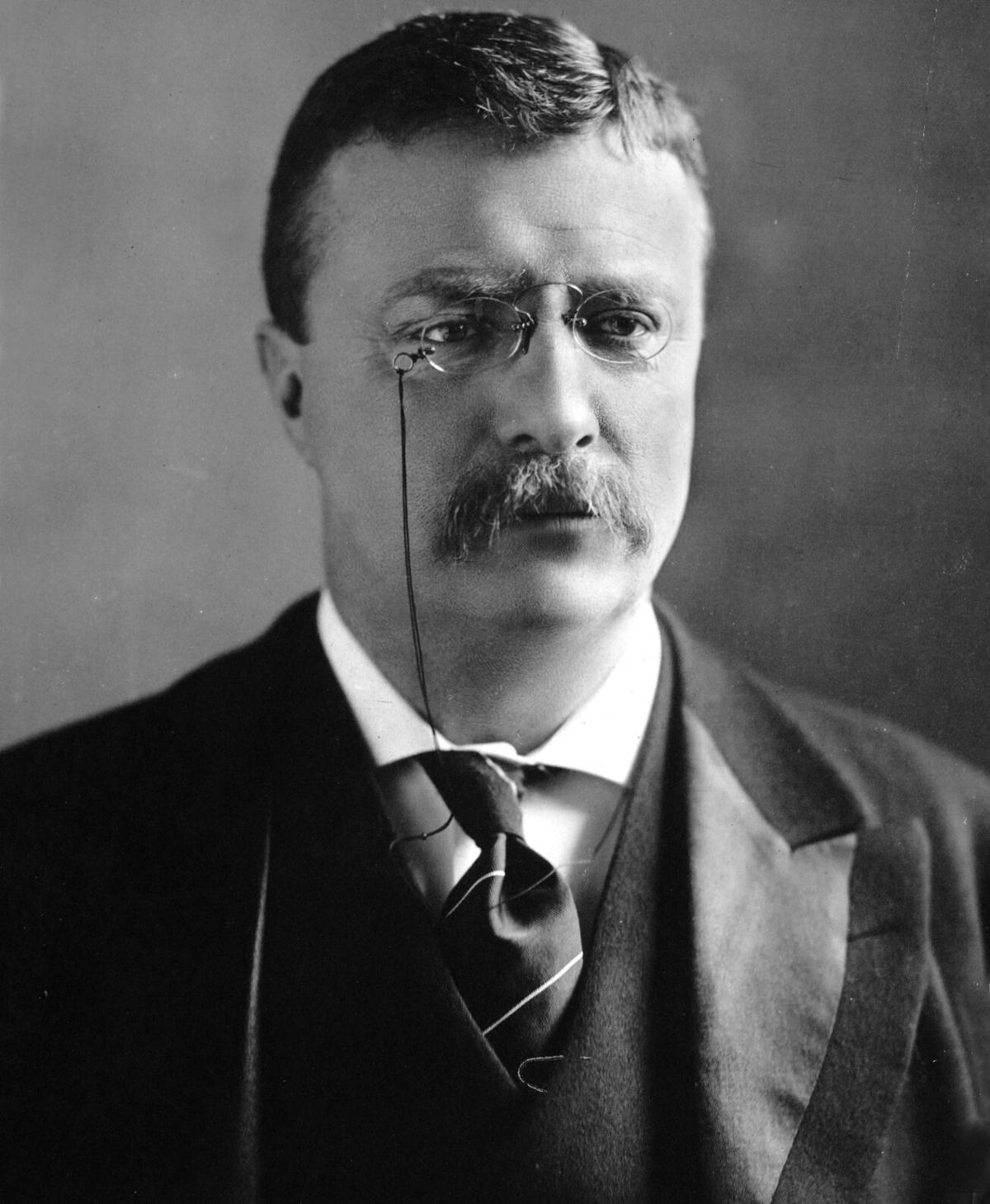 Teddy Roosevelt was the 26th President of the United States and is often credited with saving the game of football. 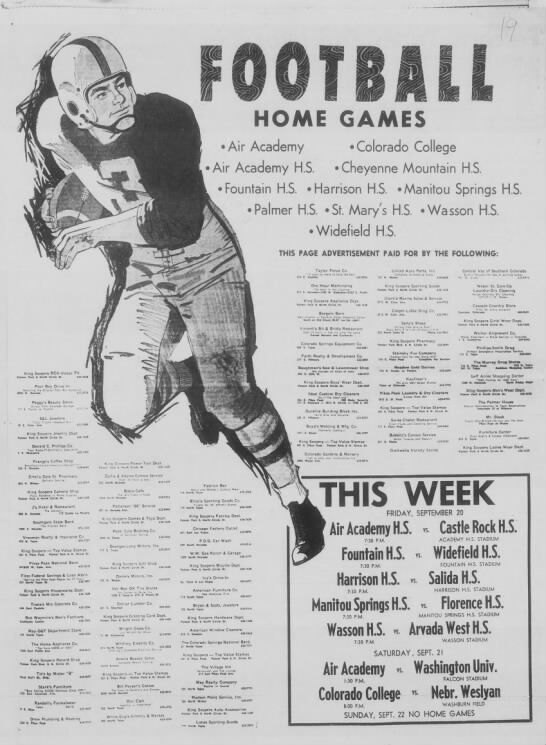 This schedule of area high school and college games appeared in the Sept. 18, 1963, Gazette sports section.

Teddy Roosevelt was the 26th President of the United States and is often credited with saving the game of football.

This schedule of area high school and college games appeared in the Sept. 18, 1963, Gazette sports section.

The first games of the Colorado prep football season are scheduled to be played later this week at venues around the state. Having a fall season — although abbreviated — will be a welcome sight for fans throughout the land.

This fall marks the 100th season of high school football in Colorado. The game has changed drastically since 1921, when Colorado Springs High School (now Palmer) defeated Longmont, 16-0, for the state championship. There was just one classification from 1921 through 1932.

A few years ago, Ryan Casey of the Colorado High School Activities Association wrote an in-depth piece on that inaugural season. You can find it on the CHSAA website. I find Ryan’s article fascinating, and I hope you do as well.

Baseball is America’s national pastime, but football is America’s game. Football has changed drastically — at all levels — over the past 120 years. And the person who made the biggest impact on the sport was Teddy Roosevelt. Yes, the same guy on Mount Rushmore. Our 26th president.

Just after the start of the 20th century, as football was beginning to become mainstream, there was serious talk of outlawing the sport. Football was a deadly game. Gridirons were killing fields and death was a normal occurrence.

Three yards and a cloud of dust resulted in serious injury. Players sustained gruesome injuries as a result of little protective gear and downright wicked play. Broken ribs led to pierced hearts. Players also sustained wrenched spinal cords, crushed skulls and mangled legs. The Chicago Tribune reported that in 1904, alone, there were 18 football deaths and 159 serious injuries on field’s across our nation. Most of them were at the prep level.

A contributing factor to the brutality of the sport was that the forward pass was illegal. That sounds crazy today in the pass-heavy world of pro football, but in the early years of the sport, teams advanced the ball by players locking arms in mass formations. The defense employed ferocious gang tackles to ground a ball carrier into submission.

Then Teddy came to the rescue.

Roosevelt played football as a youth and later tried to make the Harvard squad, but his nearsightedness kept him off the varsity. He believed that strenuous activities were good. After all, he was a Rough Rider for the First U.S. Volunteer Cavalry.

As New York City police commissioner, Teddy helped revive the annual Harvard-Yale football series. It was canceled for two years following the 1894 game known as “the bloodbath at Hampden Park.”

Roosevelt used the bully pulpit — and his “big stick” philosophy — to bring change to the game. In October 1905, he invited the head coaches of Harvard, Yale and Princeton — the nation’s premier collegiate powers — to the White House and urged them to reel in the excessive violence and set a precedent for the rest of the nation.

The game only seemed to get more violent. The Chicago Tribune referred to the 1905 season as a “death harvest.” It reported that there were 19 player deaths and 137 serious injuries around the nation.

Teddy, a frequent visitor to Colorado Springs before during and after his presidency, went as step further and invited other college leaders to the White House after the 1905 season and demanded more radical rule changes. The forward pass was legalized. Mass formations were abolished. First-down distance was increased to 10 yards, with three downs to gain the necessary yardage.

Fatalities declined to 11 per year in both 1906 and 1907, and injuries also fell dramatically. More rule changes to make the game safer were adopted over the next several years, and in 1920 the NFL was formed as the American Professional Football Association (APFA). It renamed itself the National Football League for the 1922 season.

As for Teddy and his connection to the Pikes Peak region: My friend, Don Moon, is one of the best Teddy Roosevelt impersonators in the nation. Don tells me that Teddy journeyed to Colorado Springs “some 20 times” to visit his friend Philip Stewart. Teddy also became friends with Edwin Nichols, owner of The Cliff House in Manitou Springs, and stayed there on numerous occasions.