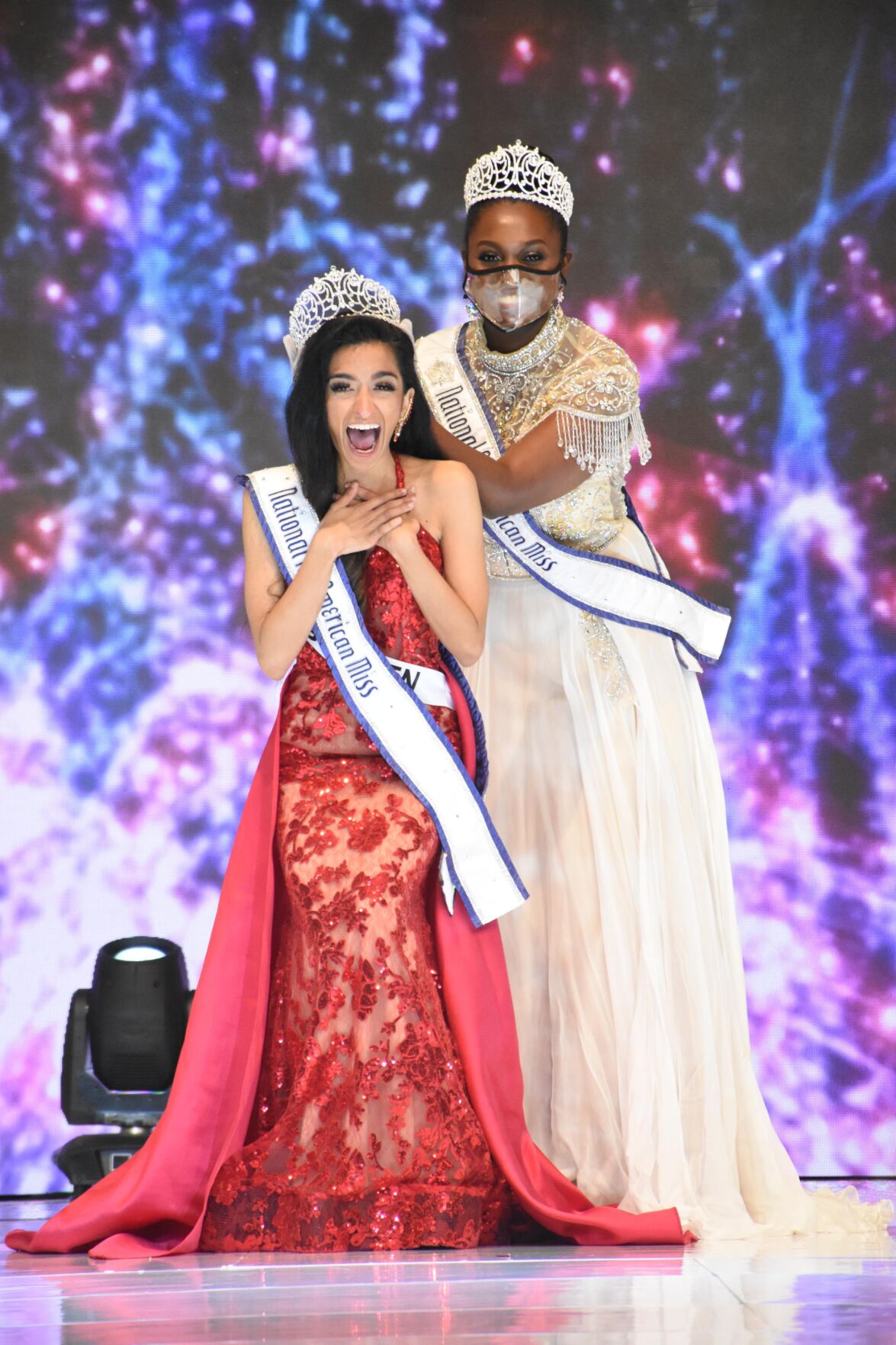 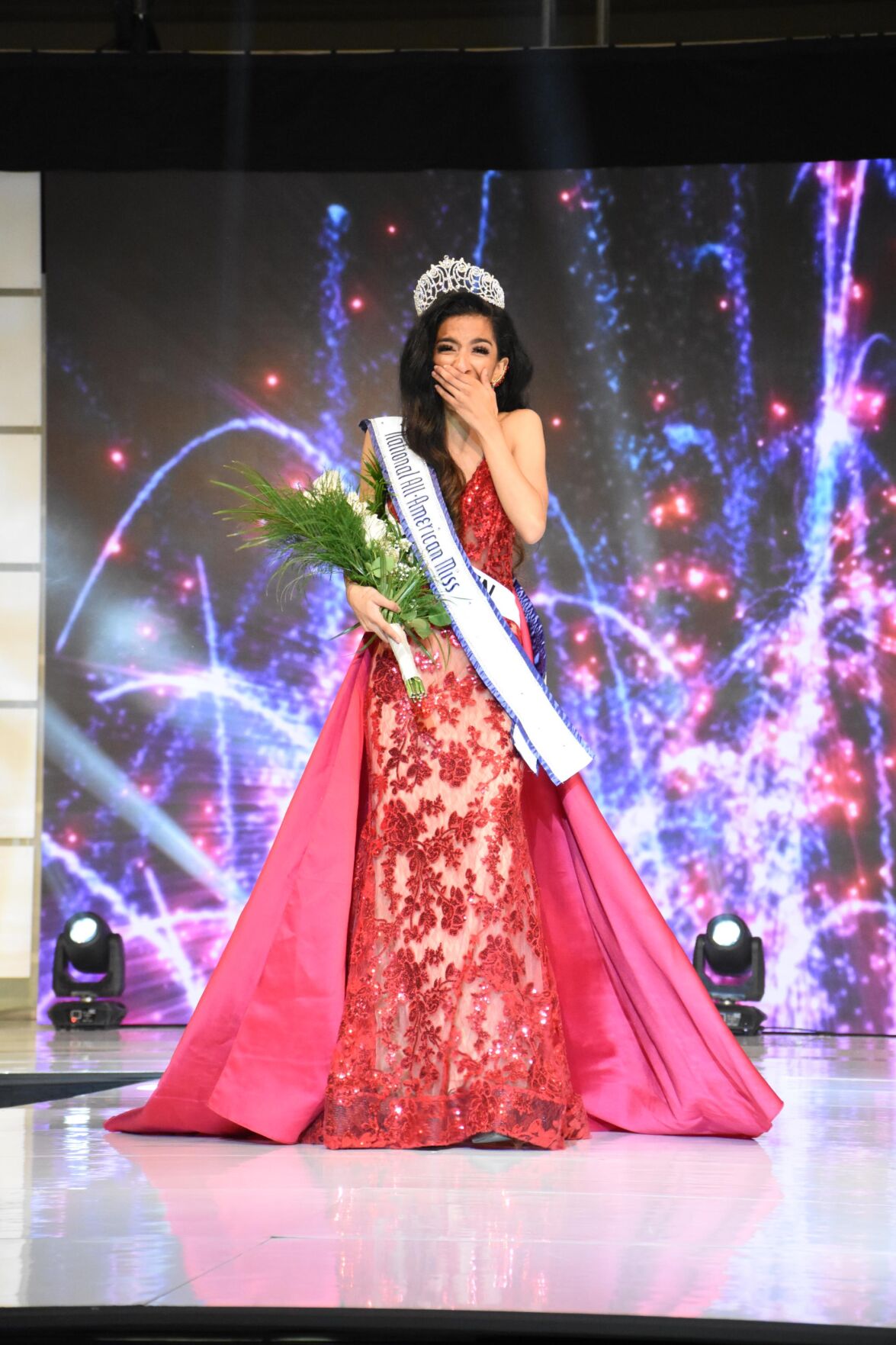 Serene Singh after being crowned National All-American Miss in November. 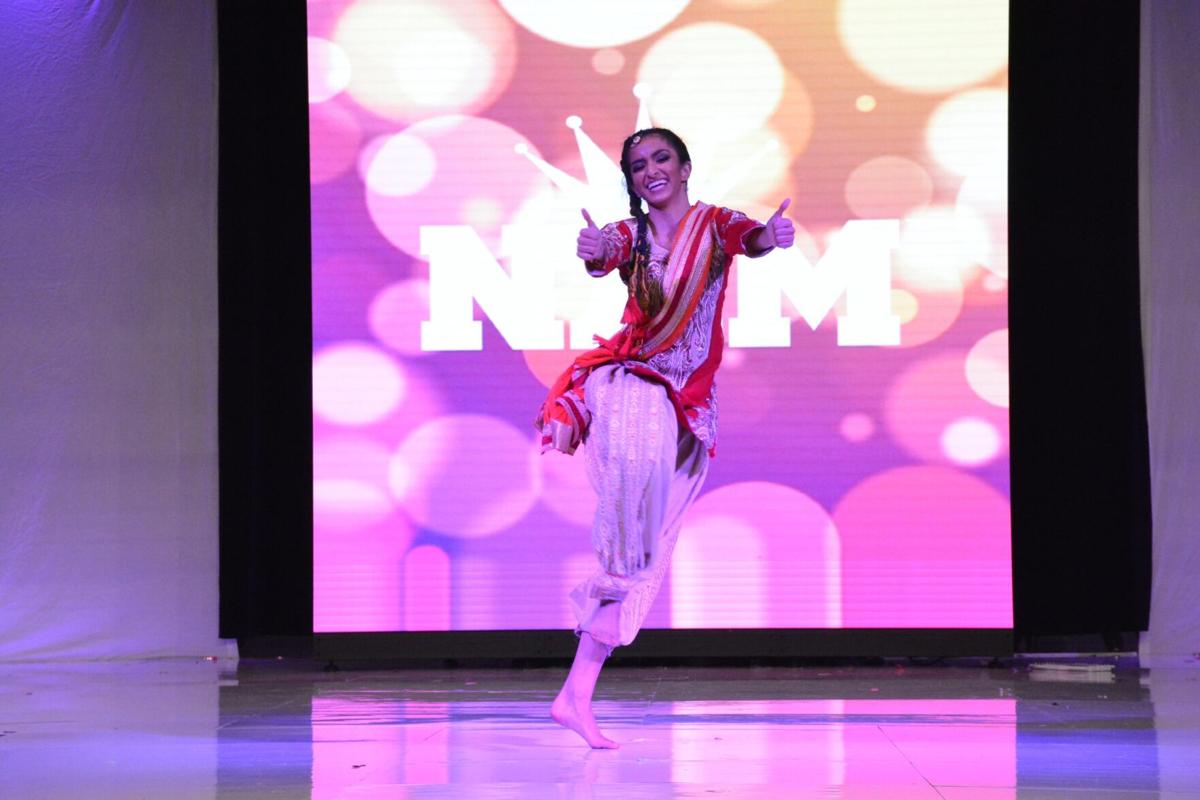 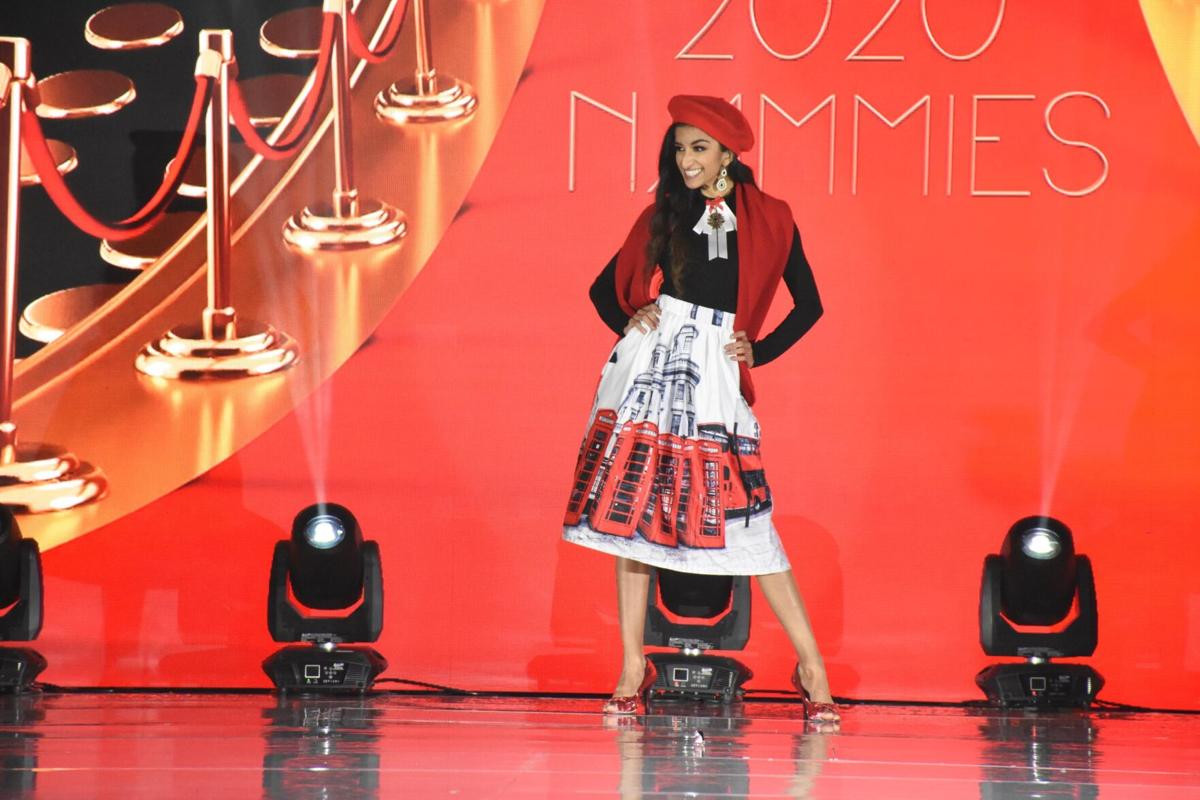 Serene Singh in her National Winning Casual Wear Modeling outfit inspired by her studies in the United Kingdom as a Rhodes Scholar. 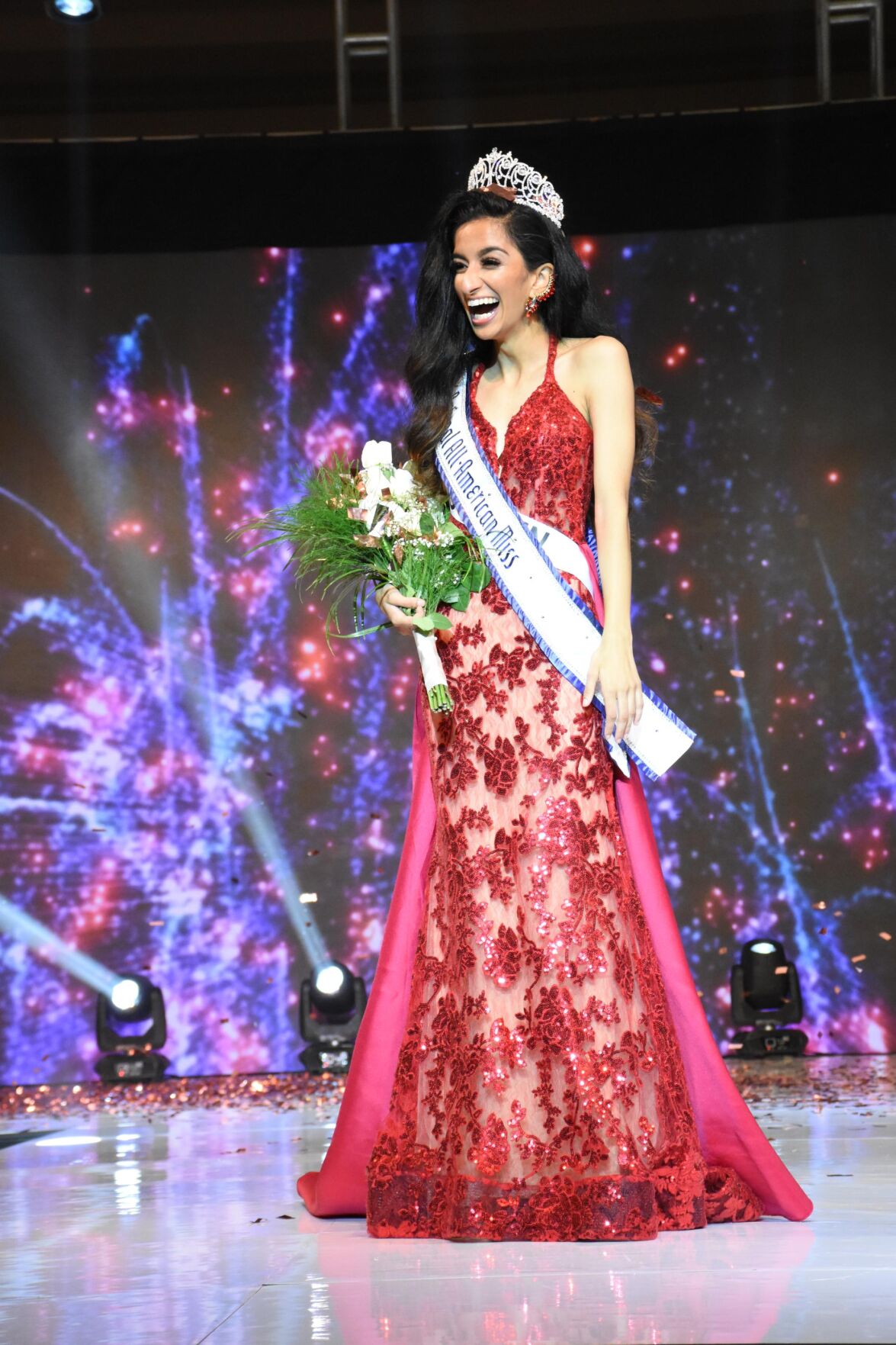 Serene Singh is pictured just after she became the USA winner in the National All-American Miss pageant in Orlando. 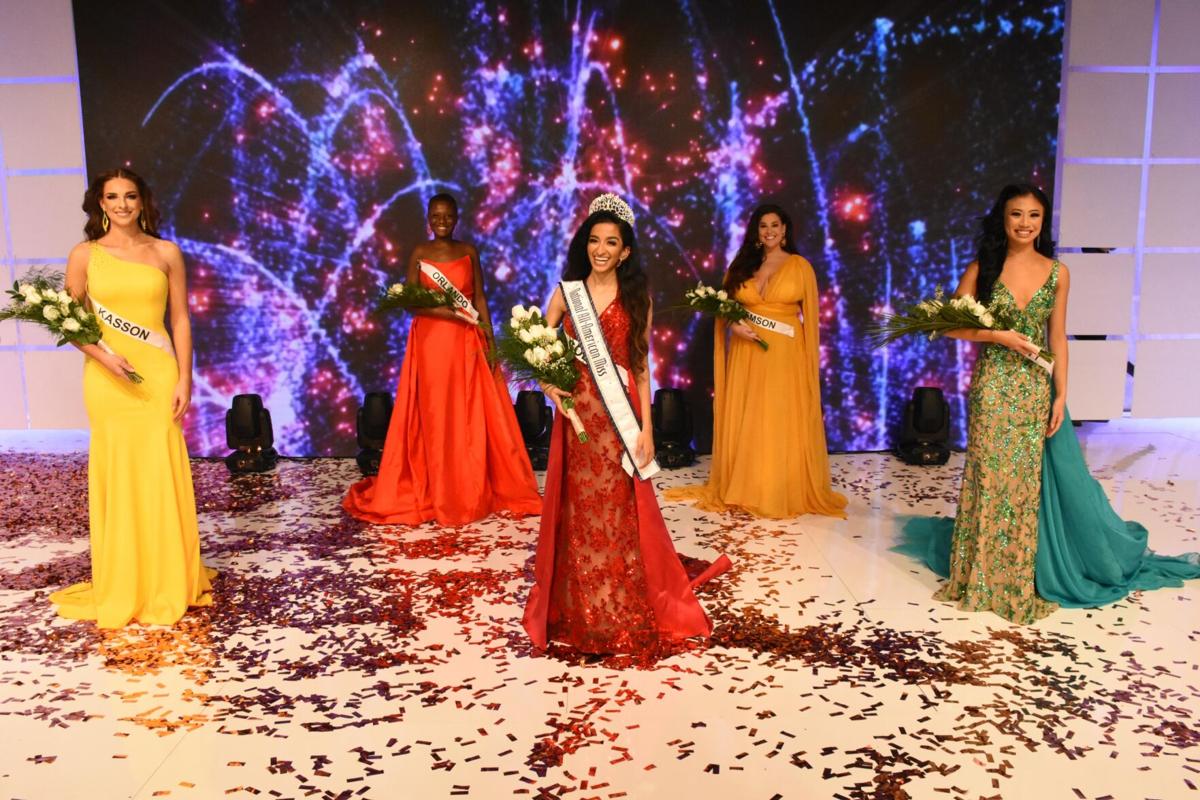 Serene Singh after being crowned National All-American Miss in November.

Serene Singh in her National Winning Casual Wear Modeling outfit inspired by her studies in the United Kingdom as a Rhodes Scholar.

Serene Singh is pictured just after she became the USA winner in the National All-American Miss pageant in Orlando.

Singh was one of more than 700 women competing in the pageant, held in Orlando, Florida, in November.

“I woke up realizing my dream of many years is now my reality,” Singh said. “I have so many exciting plans and goals for this year to work on behalf of girls and women across the country amidst a global pandemic and I am 100% prepared to dedicate my whole self to lending my voice to causes that matter most to me.”

Before entering her first pageant while a sophomore in high school, Singh and her mother both had hesitations. “Am I going to get anything out of this? Is this really going to be worth my time?” she wondered.

Singh, whose ultimate goal is to become a Supreme Court Justice, decided to sign up to learn to challenge her biases and see things from a different perspective.

“It was probably the most transformational experience of my life,” she said, noting that the women who competed with her exhibited self-confidence and poise.

Singh quickly realized the skills she could learn from her pageant peers and the contests in general. Over the next seven years of pageant competitions, Singh’s mom watched as her daughter transformed into the confident woman she is today.

Singh’s mother immigrated to the U.S. from India as a newlywed. Growing up, Singh watched her mother push past barriers that might have stopped her from fully experiencing her own life. Being one of the only Sikh students in school, and at many of the pageants, Singh used to see her differences as a burden. At first, she says she felt like, “a Fruit Loop in a world of Cheerios.”

“Now, I know my differences are my superpower,” she said.

When Singh decided to apply to that first pageant, her mother “made my dream, her dream,” she said.

One important lesson her mother taught her is, “whether you think you can or can’t do something you are right. She has instilled in me this notion of ‘if I don’t believe I can do something, why would anyone else believe it.’”

Of the people who have helped her along the way, Singh says, “I am immensely grateful to all those in my community who helped me reach this point in life — it truly takes a village, and I am lucky beyond words for mine.”

In everything Singh does, she follows the acts of selfless service prescribed in the Sikh religion.

“My Sikh identity is probably one of the most important aspects of who I am,” she said.

A lot of who she is and what she does is grounded in her faith. The Sikh faith includes the concept of Sewa, the selfless service to others in every aspect of your life. Singh and her three siblings were brought up to believe they could do or be anything they set their minds to do. None were limited by their parents because of gender or for any other reason.

When Singh was set to apply for a prestigious Rhodes scholarship, she did so while contending with a concussion. Although her doctors advised her to limit her activities, she persevered through the challenging application process. Each year only 32 U.S. students are selected for one of the 100 coveted annual scholarships awarded globally by Oxford University in Oxford, England.

“I’ll never forget the feeling,” Singh said recalling when she first heard that she won the prize. She was lined up with other nominees, and when the two winners from her group were selected, there were gasps in the room.

“It opens doors opens to access and serve more people,” she said of being a Rhodes Scholar. Singh is currently a doctoral candidate at Oxford.

Additionally, Singh received the Harry S. Truman Scholarship, a competitive national contest, based in part on her dedication to public service. She is a Fulbright Scholar, one of the most widely recognized and prestigious scholarships in the world, intended to promote “international good will through the exchange of students in the fields of education, culture and science.”

As a former America’s Junior Miss as well as Miss Colorado Teen, Singh has focused this year on “self-esteem of girls and women, girls’ education, diversity and representation, and women’s rights.”

To that end, she runs a nonprofit called the Serenity Project. Started in 2016, the organization, “aims to empower resilient women who have persevered through life’s greatest hurdles by challenging unhealthy beauty standards.”

Singh thought of starting the project after a friend died by suicide while they were in middle school. It made Singh realize that mental health is just as important as physical health.

The three-part program starts with a pageant. This year, the virtual event will be held Feb. 13, the International Day of Self-love. The participating women go through a yearlong learning process that aims “to support the women in their personal and professional development through challenges, projects, weekly exercises, inspiring women speakers, readings and much more.”

Mentors from all walks of life help the women to create a passion project ― something meaningful and unique to each woman. For example, one young girl who had previously self-harmed created art as a way to heal from the trauma. Having an art gallery just for her helped her remember who she is as a human and survivor.

From all her studies and pageants, Singh has come to learn that there’s no one type of resilient woman.

“The reality is there are so many different experiences we go through, and the power is when we realize the wings, we have always had behind us and learn to use them,” said Singh.