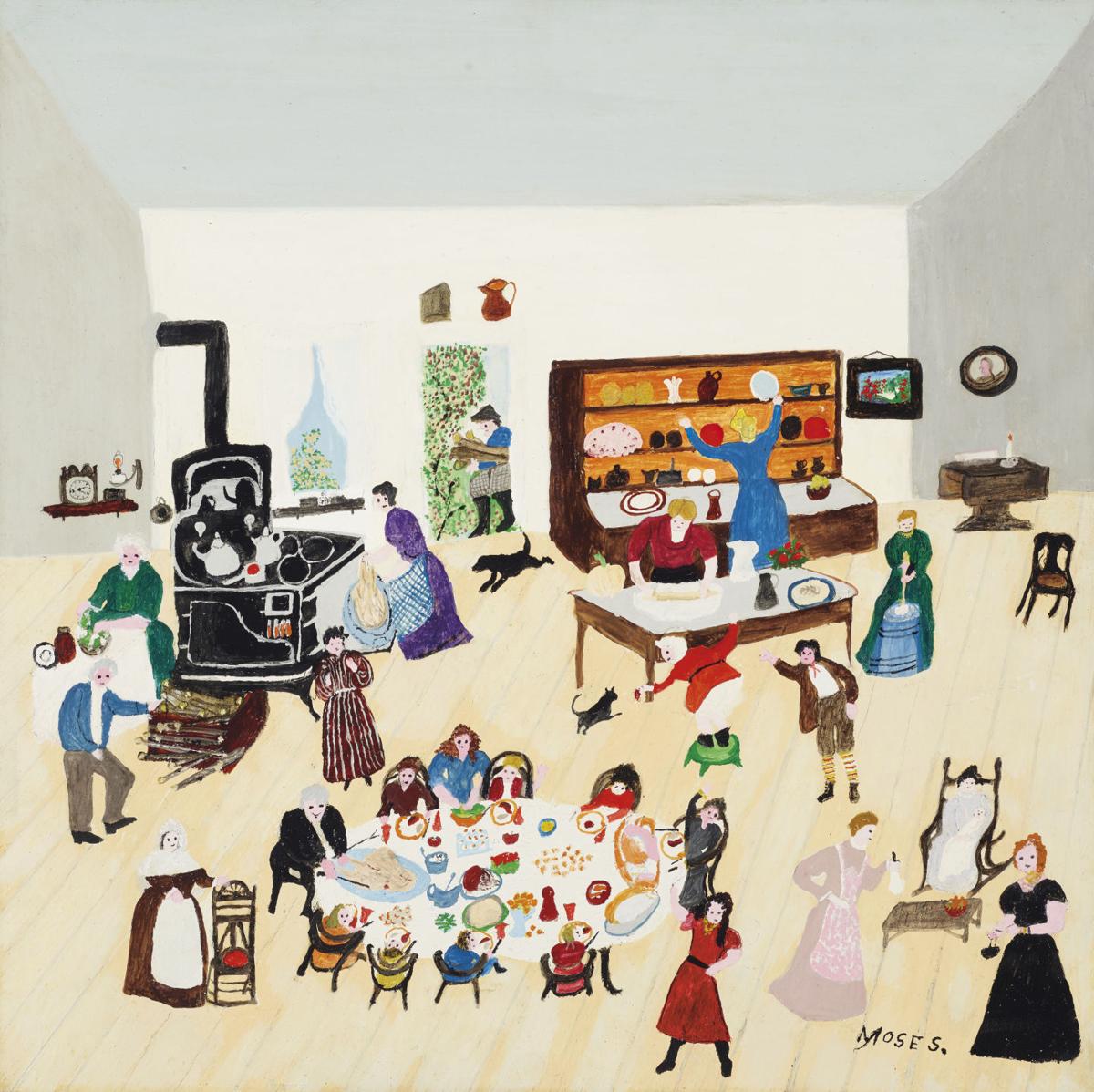 It turns out the Pilgrims were onto something.

Sharing a meal together — on Thanksgiving or any day — is good for you.

Researchers at the University of Oxford found, in a 2014 study, that “people who eat socially are more likely to feel better about themselves and have a wider social network capable of providing social and emotional support.”

We all have our favorite holiday, and Thanksgiving Day is mine. What could be better than a day to reconnect with family and friends, gorge yourself on beloved recipes (like my mom’s sausage stuffing and my sister’s spinach gratin) and then lay around and watch football?

As someone who gulps down meals at my desk or rushed at home, accompanied only by my dog, watching with anticipation for what might be leftover, sharing a meal is a special occasion.

Thanksgiving is an extra special occasion, with relatives visiting from far away and new friends at the table. Making the meal is an all-day event, participated in by chums, siblings, parents and grandparents. Indulging, telling stories and lingering at the table is expected. Such fun.

States a National Geographic article entitled “The Joy of Food,” breaking bread with others “captures the power of a meal to forge relationships, bury anger, provoke laughter.” … “And even when times are tough, the urge to celebrate endures.”

I recognize that for some such gatherings can be trying. I have a friend who often turns down invitations to holiday dinners because the thought of having to make conversation with strangers over several hours is too much.

However, as Alice Julier, a sociologist and author of “Eating Together: Food, Friendship, and Inequality,” told The New York Times recently, the need for connection is “part of humanness.”

While we may be tempted to stay at home, getting together over a meal is actually good for the psyche.

Julier said we may feel torn “between the real need for ritual and a real desire to be in my pajamas with my dog and cat. But my sense is that we need both right now. The idea of being social is work. It’s a type of labor we have to do as humans. But the great thing is, it has its rewards.”

There are the tangible rewards: The pumpkin pie and whipped cream, the party poppers (gizmos filled with confetti, a plastic trinket, a paper crown and a joke) my sister’s family ends a holiday meal with.

And there are the intangible rewards: the laughter; the connections we make with other human beings.

In my early career as a reporter, I often worked Thanksgiving Day. It was, indeed, a sad thing to miss my mom’s traditional turkey extravaganza (with the sausage stuffing!) and hanging out with my brother and sister, but there were always other coworkers who had to toil that day that most people have off. We’d bring a dish for a potluck dinner, with some ambitious soul making a turkey, and take a break from our computers, gathering in the breakroom for a “family” meal.

“Besides the food, the thing about this completely American holiday that I love most is that it was founded on the principle of inclusion. After the Pilgrims’ first harvest, they shared a feast with Native Americans to celebrate being alive. Not an easy thing to do back then,” wrote New York Daily News columnist Barton Goldsmith this week.

And so again this year we gather to celebrate, eat, enjoy each other’s company and count our blessings.

“Food may not be the answer to world peace, but it’s a start,” said the late chef Anthony Bourdain.

Whatever your plans are, and especially if you are one of the medical professionals, police officers, movie theater ticket takers, servers, or journalists working this holiday, Happy Thanksgiving.

Michelle Karas has called the Pikes Peak region home for more than four years. She became editor of Pikes Peak Newspapers in June. Contact Michelle with column or story ideas, feedback and letters to the editor at michelle.karas@pikespeaknewspapers.com.