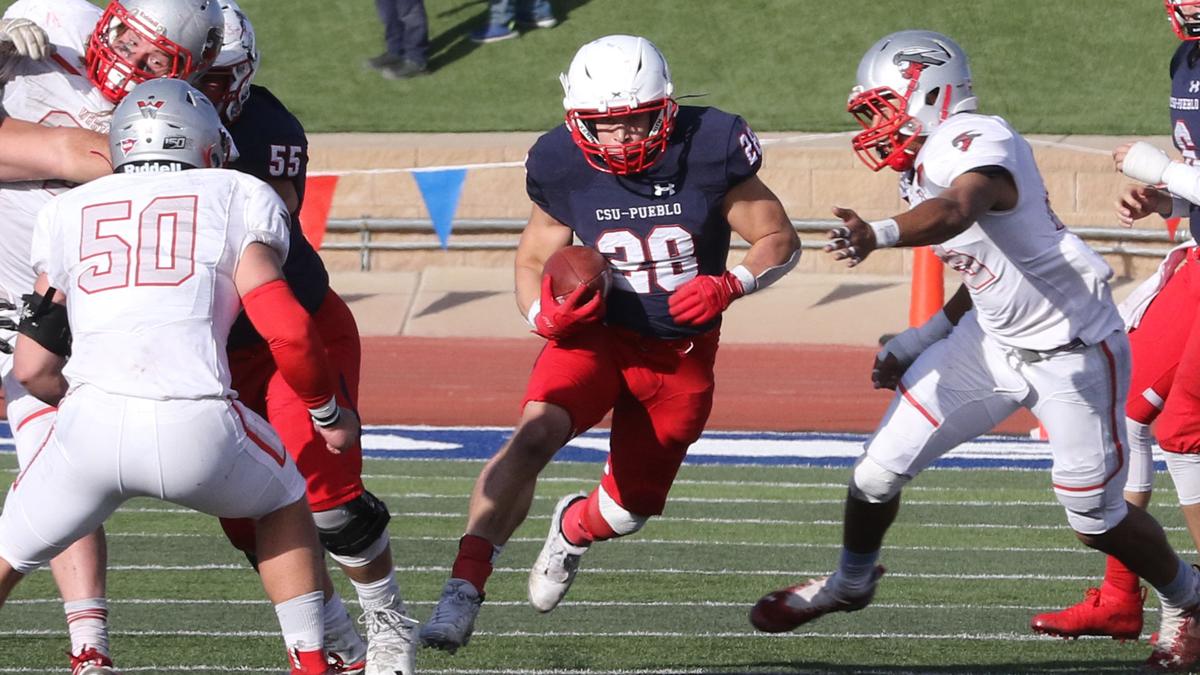 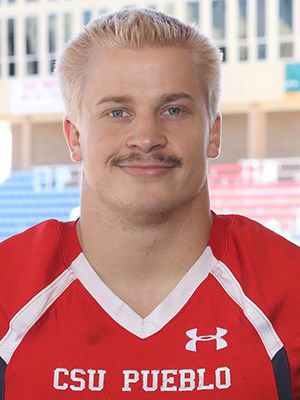 Austin Micci rushed for 2,706 yards and 27 touchdowns in his four years at Colorado State University-Pueblo.

Austin Micci rushed for 2,706 yards and 27 touchdowns in his four years at Colorado State University-Pueblo.

Austin Micci’s mission on the football field is to prove the doubters wrong.

The former Coronado High School star will have that opportunity in March when he attends a pro day at the Air Force Academy. He hopes a strong showing will catch the attention of NFL scouts and earn him an invitation to an NFL rookie camp in April.

“I’ve had this dream for as long as I can remember,” Micci said of playing in the NFL. “I want to give everything I have. Put every ounce of energy I have into making this thing work. I don’t want to look back in five or 10 years and say I had this opportunity, but I squandered it.”

Micci, 5-foot-8, 190 pounds, is smaller than the average NFL running back. But what he lacks in size, he makes up in desire and heart.

“I want somebody to say, ‘Let’s give this guy a shot because his numbers are good and let’s see what he can do,’” said Micci, who runs a 4.4-second 40-yard dash, which ranks among the elite times of top-flight college running backs.

The pro day is different than the famous NFL Scouting Combine, which takes place Feb. 23 through March 2. The NFL Combine showcases elite-level college players who perform physical and mental tests in front of NFL coaches, general managers and scouts.

The pro day is usually attended by NFL scouts who also test the college players in similar physical and mental tests as the combine. Micci will be working out with Landow Performance in Denver leading up to his pro day.

“It’s the best combine prep in the state,” Micci said. “It’s where Christian McCaffrey trained leading up to his combine. And Austin Ekeler.”

Ekeler, a running back with the Los Angeles Chargers who came from Division II Western Colorado, is one of Micci’s role models. So is Denver Broncos running back Phillip Lindsay and New England Patriots slot receiver Julian Edelman.

All three are smaller in stature like Micci. Edelman was drafted in the seventh round, while Ekeler and Lindsay went undrafted. They are all enjoying outstanding NFL careers.

“Seeing that it can be done and meeting those guys and hearing how they talk it’s not impossible,” said Micci, who helped Coronado to the 2013 Class 3A state championship when he gained 1,262 yards and scored 13 touchdowns. “I want to prove to everybody that it can be done. That’s why I’m so passionate about what I’m doing right now.

“A lot of people will look at me and say, ‘That’s a long shot.’ But I have nothing to lose and I’m going for it. If I believe in myself that I can do it I have just as good of a shot as anybody else.”

All totaled, he played in 48 games for the ThunderWolves and gained 2,706 yards and scored 27 touchdowns on the ground. He added 31 receptions for 420 yards and four scores.

“I’m an undersized overachiever,” Micci said with a smile. “I just knew that when my number got called and they needed me to produce I would be ready.

“I tried to stay humble, stay hungry, the whole time throughout my career.”

“Both those guys have had pretty good careers in the NFL,” Micci said.

Micci has several fall-back plans if his NFL dream does not come to fruition. He would consider contacting other leagues like the Canadian Football League and XFL, as well as pro leagues in Europe.

Micci is not limiting his future to professional football. In December, he graduated from Pueblo with a bachelor’s degree in business management and a master’s in business administration while posting a sparkling 3.9 GPA. He would like to be a college athletic director.

Micci’s mother, Andrea, works at Coronado as the head of attendance. Micci’s younger brother, Mason, is a junior at Coronado and is a member of the school’s wrestling team.