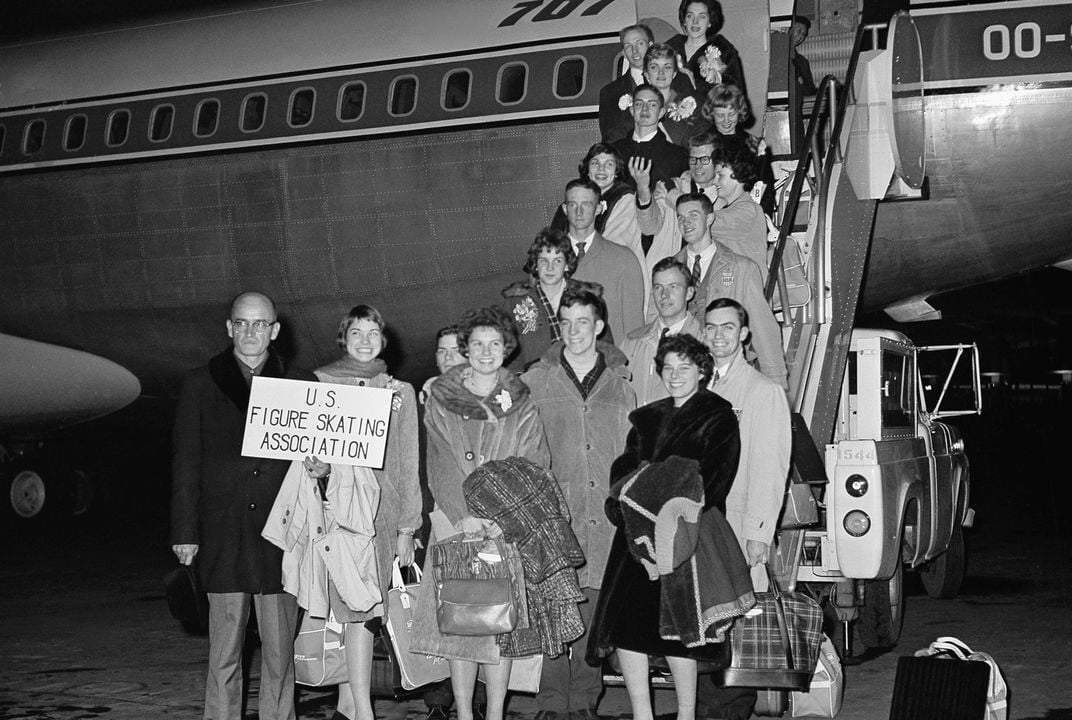 Members of the U.S. figure skating team were all smiles when they boarded a plane at JFK Airport in New York City on Feb. 14, 1961. The plane crashed the next morning near Brussels, Belgium. 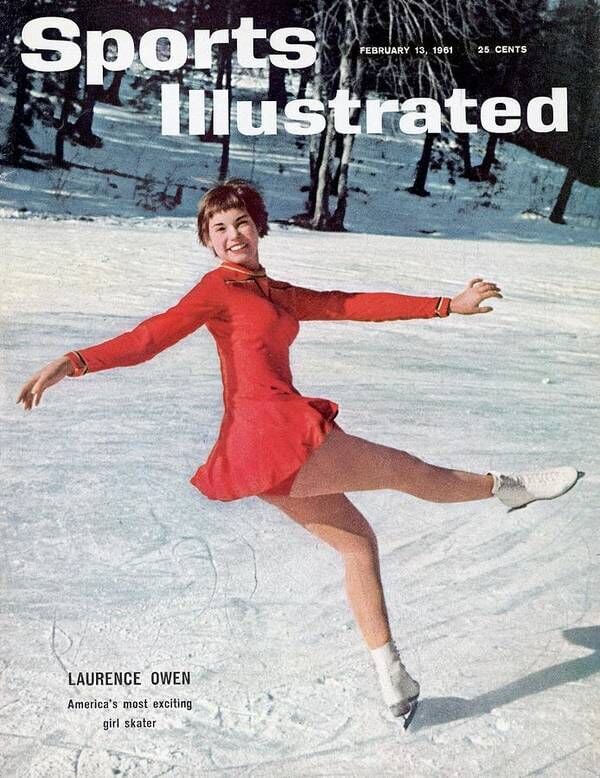 Courtesy photo Laurence Owen, 16, was the 1961 U.S. national women’s champion and the star of the 1961 team on its way to the World Championships in Prague, Czechoslovakia, when it crashed in Brussels, Belgium. She was on the cover of the Feb, 13, 1961, issue of Sports Illustrated.

Members of the U.S. figure skating team were all smiles when they boarded a plane at JFK Airport in New York City on Feb. 14, 1961. The plane crashed the next morning near Brussels, Belgium.

Courtesy photo Laurence Owen, 16, was the 1961 U.S. national women’s champion and the star of the 1961 team on its way to the World Championships in Prague, Czechoslovakia, when it crashed in Brussels, Belgium. She was on the cover of the Feb, 13, 1961, issue of Sports Illustrated.

On Feb. 15, 1961, all 18 members of the United States figure skating team died when Sabena Flight 548 from New York plunged into a field while trying to land at its scheduled stop in Brussels, Belgium. The team was on its way to the World Championships in Prague, Czechoslovakia.

Sixteen people accompanying the skaters — coaches, officials, family members — as well as 38 passengers and crew, and one person on the ground, also perished when the Boeing 707 went down.

Following the Feb. 11 broadcast, "RISE" will be available for on-demand viewing on Peacock Premium Feb. 12-28.

The shock was felt around the world. No reason for the crash has ever been determined. The FBI even probed possible terrorist links.

Over the last 60 years, much has been written and said about that tragic day. But out of that tragedy came triumph.

Seven years later — Feb. 11, 1968 — Peggy Fleming won the gold medal in women’s figure skating at the Winter Olympic Games in Grenoble, France. It signaled a return to American dominance in the sport. It was the only gold medal for the United States at that Games, which were broadcast to a world audience for the first time.

Fleming quickly became the face of American figure skating. Her rise to the top did not happen by chance. Heading into those Olympics, she won the previous three World Championships and five U.S. Championships.

Fleming, and those American skaters who followed her — Janet Lynn (bronze at the 1972 Games) and Dorothy Hammill (gold at the 1976 Games) were aided by a memorial fund — still in place today — to help rebuild the program. The fund was set up not long after that horrific plane crash.

Fleming was 12 in 1961. Her coach, William Kipp, was among those who died in Brussels. Fleming used the money to buy new skates.

Colorado Springs was arguably at the center of the figure skating world in 1961. The Broadmoor Skating Club — founded in 1939 and originally based out of the Old Broadmoor Ice Palace — churned out champion skaters at a high rate. The Ice Palace, later named the Broadmoor World Arena, was the host site of the world championships in 1957, 1959, 1965, 1969 and 1975.

It’s likely that the United States would have continued its dominance in the sport had the Sabena Flight 548 crash not occurred. Among the rubble from the downed plane was the Feb. 13, 1961, issue of Sports Illustrated, which featured 1961 ladies national champion Laurence Owen, 16, on the cover. SI editors dubbed her “America’s Most Exciting Girl Skater.” It was the world championships preview article.

With the loss of an entire generation of its top figure skaters, coaches and support staff, U.S. Figure Skating mandated that from then on no U.S. team traveling to international competition would fly together ever again.

That 1961 U.S. figure skating team will forever have an enduring legacy. Eight individuals on that team were members of the Broadmoor Skating Club; head coach Edi Scholdan (he became the lead man of the Club in 1945) and his son, Jimmy, Stephanie and Sharon Westerfeld, Greg and Nathalie Kelley, and Laurie and William Hickox.

The Club created a marble memorial to the members of its club who lost their lives. It was dedicated three years to the day after the crash. You can visit the memorial, which represents a skate blade and functions as a bench. It sits beside the lake in front of where the old World Arena stood. It is said that Edi Scholdan and the skaters made a habit to rest between lessons and practice sessions by the lake.

The World Figure Skating Museum is a stone’s throw from The Broadmoor. There is an impressive display set up that honors that 1961 team.

Other great resources are the book, “Frozen in Time,” by Nikki Nichols — a tribute to that 1961 team — and the documentary film, “RISE.”

RISE was released in 2011 to mark the 50th anniversary of the crash. It also focused on the growth of American figure skating and how the sport rose from tragedy.