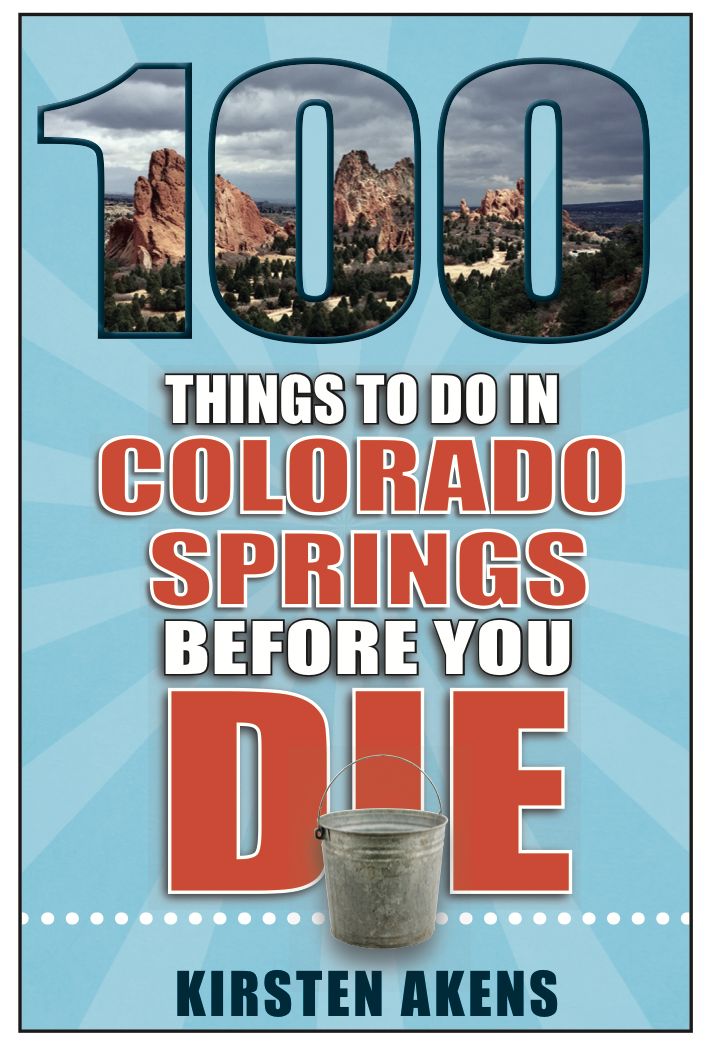 I’ve lived in Colorado just over four years, and have been visiting for three decades, and I still haven’t been to Rocky Mountain National Park. I know, pretty outrageous for someone who was called here by … the mountains. It’s on my bucket list — my very long bucket list.

I unimaginatively surmised the term “bucket list” meant simply falling over dead before your time ... maybe near a bucket. Contrary to similarly unimaginative popular opinion, the term was not coined by the 2007 movie “The Bucket List,” starring Morgan Freeman and Jack Nicholson as terminal cancer patients living out their last wishes.

The Wall Street Journal’s Ben Zimmer wrote about the idiom in a May 2015 article. “That expression, etymologists conjecture, originated with a now-forgotten meaning of ‘bucket’: a beam, probably from the Old French word ‘buquet,’ meaning ‘balance.’ The idiom referred to hanging up animals for slaughter, who would then, in their death throes, kick that beam,” Zimmer wrote.

My list isn’t quite that final. It evolves as I learn about new places. It’s basically “stuff I’ve gotta do but have for whatever reason put off or not gotten around to yet or can’t nearly afford” — not necessarily having to do with that end-all of all deadlines (another apt phrase!)

Of the “entries” on my purely mental bucket list, most are adventures, like tours of RMNP and Yellowstone, ski trips to Whistler, Valle de las Leñas and Chamonix, and more attainable feats, like last summer when I climbed the Manitou Incline for the first time. Or last month, when I adopted a rescue dog.

Author Kristen Akens of Colorado Springs has come up with a pretty big list of must-do things in just the Pikes Peak region. Her book, “100 Things to Do in Colorado Springs Before You Die” (2019, Reedy Press, 160 pp., $16 paperback) features an empty bucket on the cover, which also pictures Garden of the Gods (No. 38 on Akens’ list). I’ve been there, at least.

I daresay there are at least 100 “must-see” things in just the City of Colorado Springs, but, it’s name doesn’t hint at the many things this book covers an area far beyond the city limits. Think Royal Gorge, Buena Vista, Salida and the Great Sand Dunes National Park.

I thought I’d be able to check off most of the items in the book, so I broke out a pencil and checked off the things I’d done and circled the ones I haven’t. To my surprise, I came up with FIFTY-FOUR circles.

I have some recreating to do, clearly.

After four years in the Centennial State, I still consider myself a tourist. I love to discover “new” places. For instance, I visited Cripple Creek for the first time this month, in fact (that’s Akens’ No. 86. Check.)

No. 10 in the book — Drink Craft Beer at Local Brewpubs — technically could be said to be 30-pluse entries if you count visits to each of the more than 30 Colorado Springs breweries. I’m pretty high on my numbers there, though it’s tough to keep up with all the new ones opening up lately.

Akens, a Chicago native and journalist (she previously was an editor with the Colorado Springs Independent) has lived in the Springs for more than 25 years. Her book is part of the publisher’s “100 Things” series, which visits lots of big cities. Learn more about her and where to shop for her book at kristenakens.com.

Michelle Karas became editor of Pikes Peak Newspapers in June. Contact her at michelle.karas@pikespeaknewspapers.com with suggested additions to her Colorado bucket list — or letters to the editor, guest columns or story ideas.