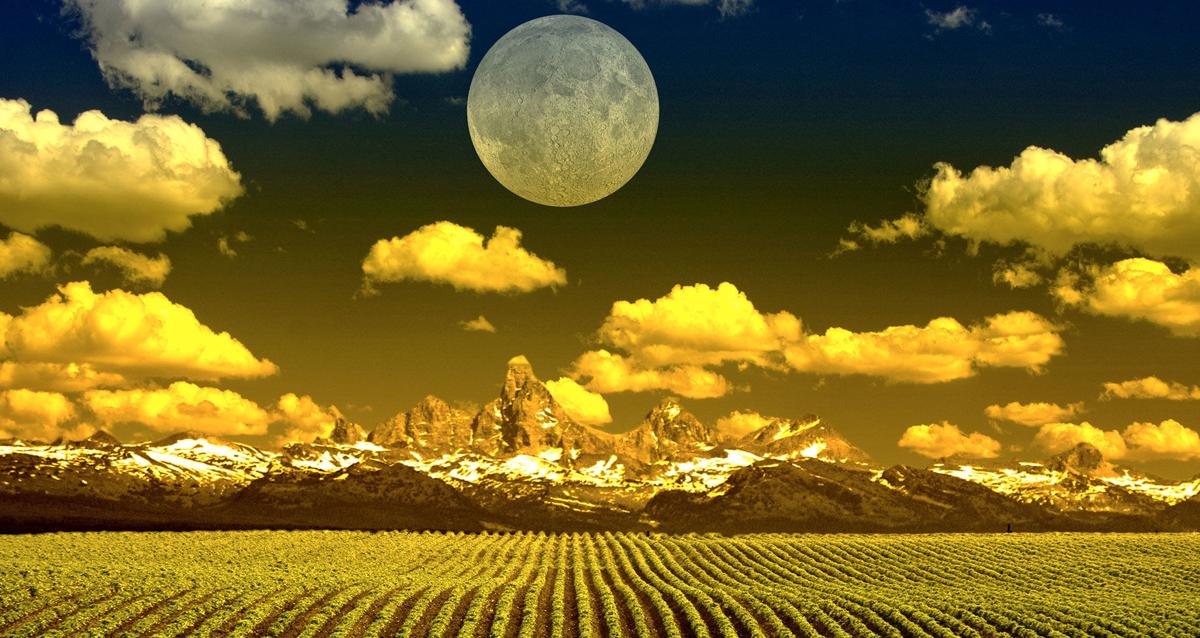 Image of an artist’s rendering of a Harvest Moon.

Image of an artist’s rendering of a Harvest Moon.

Friday the 13 is coming. To a calendar near you.

This Friday falls on the 13th day of the month — a bad omen, some say. Why is that?

To answer that, we’ll need to revisit the Last Supper. There were 13 guests: Jesus and his 12 apostles, the Bible states. This portentous gathering took place on a Thursday — later renamed Maundy or “Holy” Thursday. The day after the Last Supper, a Friday that would later become known as Good Friday, was the day Jesus was crucified. From those origins comes the notion that having 13 dinner guests is an unlucky number, and one that foreshadows death — especially on a Friday.

Dr. Simon Bronner, distinguished professor emeritus of American Studies and Folklore at Penn State Harrisburg, told Time magazine in 2017 that “There’s a grain of truth to [the Last Supper theory], but the problem is that there is not much of a connection to the modern belief. “It may be a case of religious folklore that rose to explain a belief. Psychologists treat [the fear of Friday the 13th] as real, but my sense is that … it’s something to blame. I think it was a constructed belief.”

While the number 13 is considered unlucky in some countries, Bronner said there’s nothing special about the number itself. It’s a “convenient milestone for people who are looking to trace bad luck to a certain cause.”

Nonetheless the superstitions surrounding the number have led to some buildings being constructed without a 13th floor. And to the 13th Floor Haunted House Halloween attraction in Denver.

A contributor to the belief that Friday the 13th is unlucky came in 1980 with the release of the “Friday the 13th” movie. It evolved into a near 20-year popular horror film series which depicts a crazed killer, Jason Voorhees, who drowned at summer camp as a boy and comes back to life years later to take revenge on the camp counselors who neglected him by eliminating them, one by one, in gory ways.

The 12th (and, to date, final) film in that slasher-film series, a reboot, was released in 2009. The series was a commercial success, profiting roughly half a billion dollars worldwide, according to the-numbers.com.

Funny, but there hasn’t been a 13th script written yet.

While many people, for whatever reason, consider Friday the 13th to be unlucky, this Friday happens to have a connotation that’s favorable to farmers. It’s the date of September’s full moon, also called a “Harvest” or “Corn” moon, signifying the full moon that’s closest to the autumnal equinox (Sept. 23 — fall’s “official” start). It’s rare to have the Harvest Moon fall on a Friday the 13th, says the Farmer’s Almanac’s contributing astronomer, Joe Rao. It happens on average, once every 20 years, he said.

For Eastern Time Zone dwellers, the moon won’t be full until just after midnight, on Saturday the 14th. But for the Mountain time zone, “the moment that the Moon turns full comes before midnight on Friday, the 13th!” Rao writes.

“What sets this upcoming full Moon apart from the others is that farmers, at the peak of the current harvest season, can work late into the night by this Moon’s light. The Moon rises about the time the Sun sets, but more importantly, at this time of year, instead of rising its normal average 50 minutes later each day, the Moon seems to rise at nearly the same time each night leading up to when it’s full. For example, between September 12th and 14th, the rising of the Moon comes, on average, less than 27 minutes later each night, thus providing light for the farmer to continue gathering crops, even after the Sun has set,” Rao said.

This Friday’s Harvest Moon “very nearly coincides with apogee — that point in its orbit which places it at its greatest distance from the Earth: 252,100 miles away,” he said. Last February’s full moon coincided with perigee, its closest point to Earth, making it 30,000 miles closer, earning it the moniker, “Supermoon.” Friday’s full moon will appear to be much smaller than that, for which it’s called a “micro” or “mini” moon.

This week’s full moon is the middle of Elul in the Hebrew calendar. “Elul is a time of preparation for the High Holy Days of Rosh Hashanah and Yom Kippur. Customs include granting and asking others for forgiveness as well as beginning or ending all letters with the wish that the recipient will have a good year,” states the site, which goes on to say the Harvest Moon is a good time to “remember your ancestors; ask for forgiveness; and let go of those old grudges,” according to solarsystem.nasa.gov

Let go. And don’t be afraid to go outside to get a look at the moon.

Michelle Karas has called the Pikes Peak region home for more than four years. She became editor of Pikes Peak Newspapers in June. Contact Michelle with letters to the editor, guest columns or story ideas at michelle.karas@pikespeaknewspapers.com.