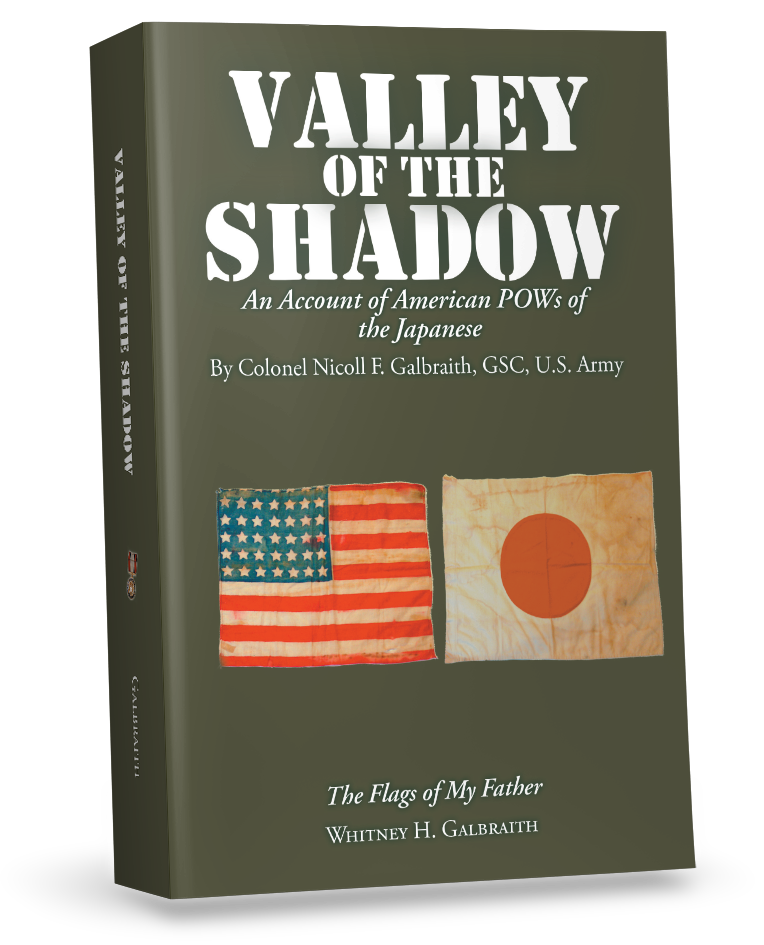 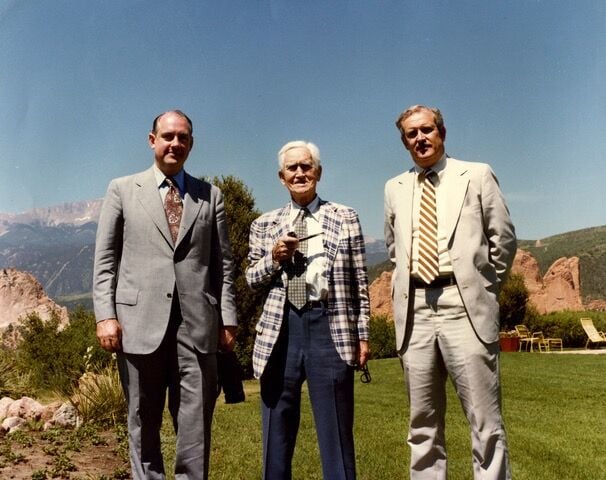 Thanks to its readership, a former Camp (Fort) Carson deputy commandant’s World War II prisoner of war biography got a revised literary facelift.

“Valley of the Shadow — An Account of American POWs of the Japanese,” is a collection of 1,100 manuscripts authored in the 1950s by late U.S. Army Col. Nicoll F. Galbraith. The book offers a historical narrative describing Nicoll’s nearly four years as a Japanese prisoner.

“’Valley of the Shadow,’ transcribed from over one thousand handwritten flimsies that have sat for decades on Galbraith family shelves, treats these experiences more thematically, in third-person narrative form, enabling the author, Col. Nicoll F. Galbraith, to offer a psychological, emotional, and moral matrix to help the reader interpret the challenges and personal behaviors of incarcerated American prisoners who suddenly had been deprived of their normal social and physical lives as officers, colleagues, husbands, and fathers. Colonel Galbraith, exercising a more literary bent, describes his own and his prison mates’ struggle to maintain their personal dignity and relationships,” states the Xlibris website.

"Valley of the Shadow" is available in print-on-demand and online through XLibris and Amazon. Include the words Galbraith or POW in the search. The 546-page book costs $34.99 in hardcover, $23.99 in paperback, and $3.99 for the ebook.

According to Nicoll’s son, Cheyenne Mountain resident Whitney Galbraith, Nicoll didn’t use chapter headings as the text is a running narrative originating from extensive diaries he kept during his incarceration. Readers suggested that Whitney make mechanical improvements and corrections to the text.

“I am happy to publish a second edition of this stunning revelation of POW life under the Japanese,” Whitney said.

His changes make the book more user-friendly, something future readers will appreciate.

“I added line breaks to indicate a shift in time/location during the narration that help the reader navigate the otherwise flowing text. Otherwise, the changes are mundane — including page numbering, spelling and punctuation — none of which, in my view, will interest readers.”

Whitney is using the revised edition to help spur marketing of the self-published volume to bookstores, libraries and military museums and magazines. Many photos have been included in the volume as appendices, he said.

“The changes are largely mechanical, with little effect on the narrative, but allow me to brag just a little bit more. I believe it will be all the more welcome to historians and history buffs who feel shut in with time on their hands,” Whitney said.

Nicoll Galbraith joined the military in 1917 ,and from 1928 to 1934 he served as an assistant professor of Military Tactics at the University of Chicago. In 1940, he received orders to report to the Philippines. Nicoll later was appointed to U.S. Army Gen. Douglas MacArthur’s staff and participated in the campaign of Bataan, Corregidor and Manila.

Wainwright broadcast the May 7, 1942 surrender of the Philippines to the Japanese to American troops. Nicoll, at that time a prisoner of war was transferred to Camp Hoten in Mukden, Manchuria to join more than 1,400 American POWs. Through his diaries, Nicoll described his and prison mates’ struggle to maintain their dignity and relationships.

Nicoll was released from captivity in August 1945. He served as the Camp Carson (now called Fort Carson) deputy commandant from 1949 to 1950, retiring that year.

After Nicoll’s death in 1986, his son Whitney turned Nicoll’s notes and manuscripts into a biography chronicling the exploits of his father and his fellow POWs.

“Extra local interest perhaps is that NFG (Nicoll F. Galbraith) was assigned as deputy commandant of then Camp Carson with orders to shut the place down. The North Koreans in 1950 did their thing and the rest, as they say, is history. NFG was a local resident after the war until we lost him in 1986,” Whitney said of his father.

Whitney hopes the book will preserve his father’s legacy and inspire others to never forget the nation’s POWs. The book’s foreword reads, “Valley of the Shadow remembers the combat episodes in early 1942 when American forces were defending the Bataan peninsula and subsequently, the fortified island of Corregidor.”

“The text of ‘Valley’ is my father’s first-person real-time account depending on his up-front memory in the 50s reinforced by his numerous diaries. It (the book) joins an elite fraternity of published first-person accounts of the fall of the Philippines, the surrender of Corregidor and its POWs,” Whitney said.

“The volume is my father’s stunning POW memoir and is a substantial addition to the history of the Pacific War. I have explained thoroughly the origin of the volume, its impact on Pacific War history and value to the public in my foreword.”