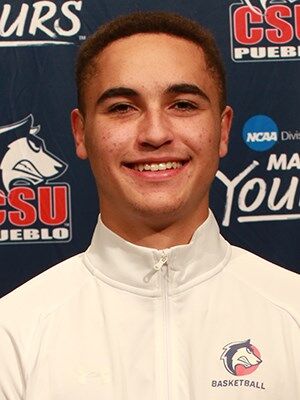 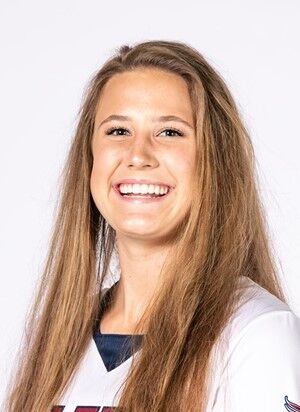 Lamberth, a 2020 graduate of The Classical Academy, is in his freshman season as a guard for the ThunderWolves. The 6-foot-4 Lamberth played his first collegiate game on Dec. 10 against the University of Colorado at Colorado Springs. He logged one minute and did not have any stats. Lamberth had a stellar prep career. As a senior last winter, he led the Titans to the Class 4A Final Four with a 20-5 record. The season ended abruptly when CHSAA canceled the semifinals and finals games due to concerns over the COVID-19 pandemic. The playoff run was the deepest a TCA team had ever made. Lamberth led the team in scoring (14.8 points per game), assists (3.9 per game) and steals (2.8 per game). He was second the team in rebounds with 5.6 per game. He scored a season-high 25 points against Canon City. His season-high in rebounds was 10 against Widefield. As a junior, Lamberth averaged 12.4 ppg. He is planning to major in business.

White, a 2019 Pine Creek High School graduate, will be starting her second season as a member of the Flames. She is a sophomore but will return as a freshman in terms of playing eligibility. Last season was cut short due to the COVID-19 pandemic and all NCAA spring athletes were granted waivers for an extra year of eligibility. White was one of the nation’s top draw specialists last season, ranking second in Division II averaging 11.25 winning draws in her eight games played. She was one of two players nationally to average more than 10 draws per game. She also had 19 goals and nine assists. For her efforts, she was named to the All-American team, the first player in school history to receive that honor. The Flames open this season Feb. 13 at home against McKendree University. As a prep, White led the nation in winning draws with 321. Pine Creek teams were 52-13 during her four years on the team. She is majoring in exercise science.