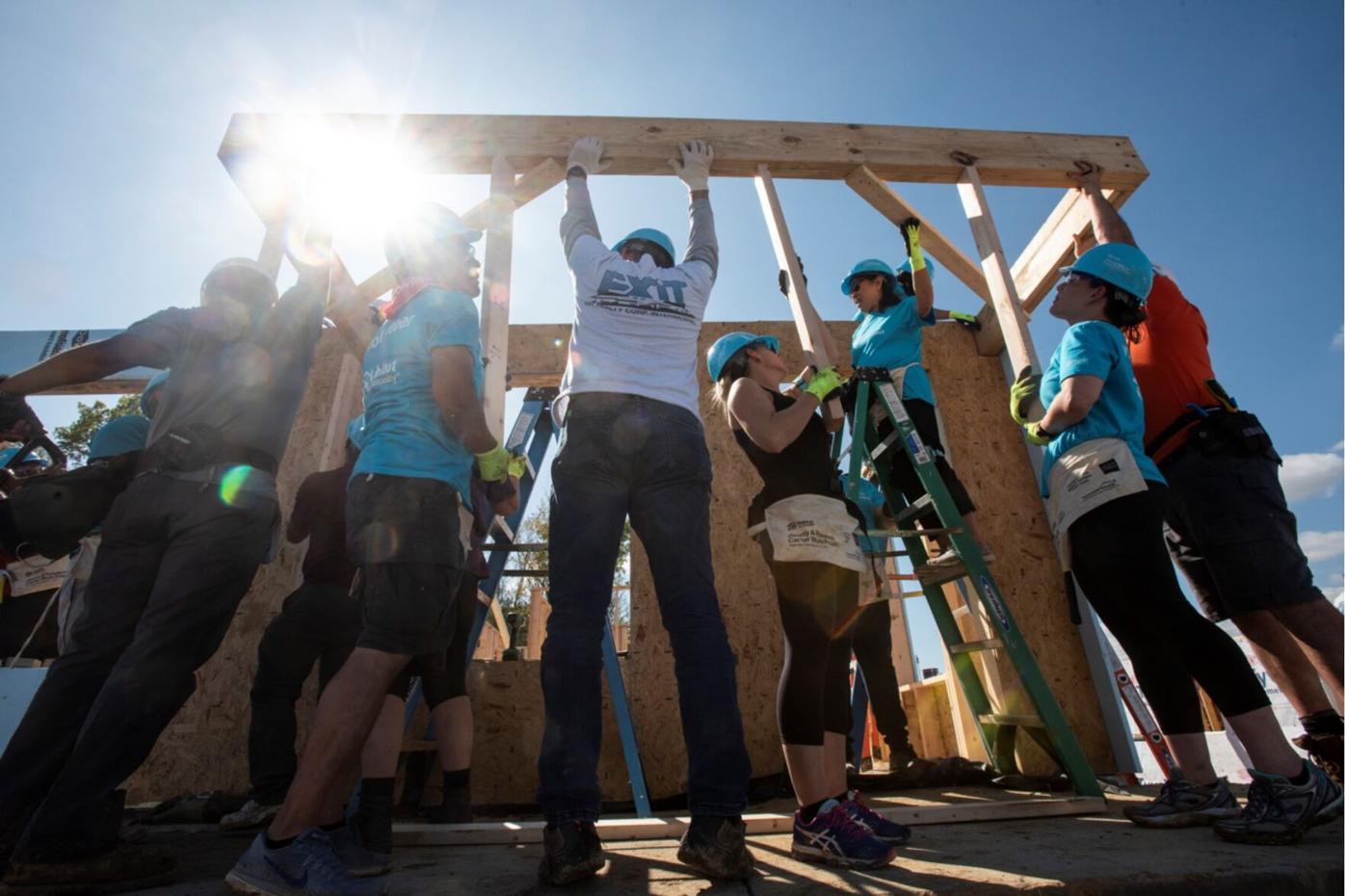 It takes a lot of volunteers to build a Habitat home such as those currently under construction for two local families in the new Habitat community in 80915. 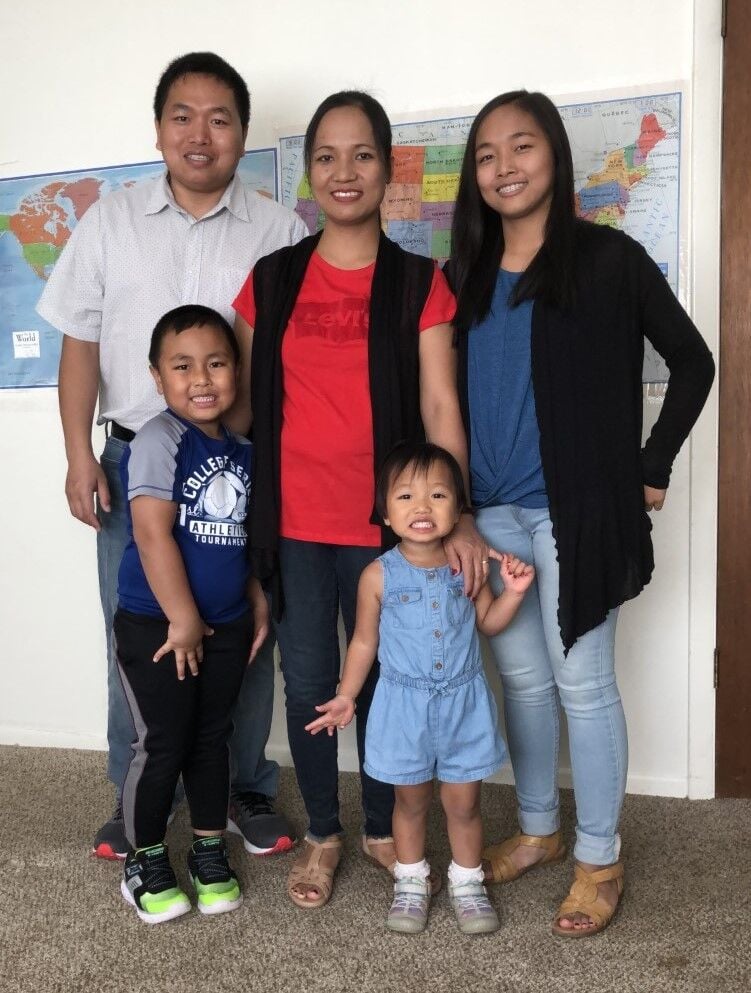 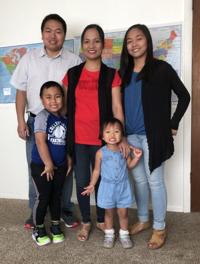 A new Habitat home will offer more space and privacy for Lian and Zen and their three children. 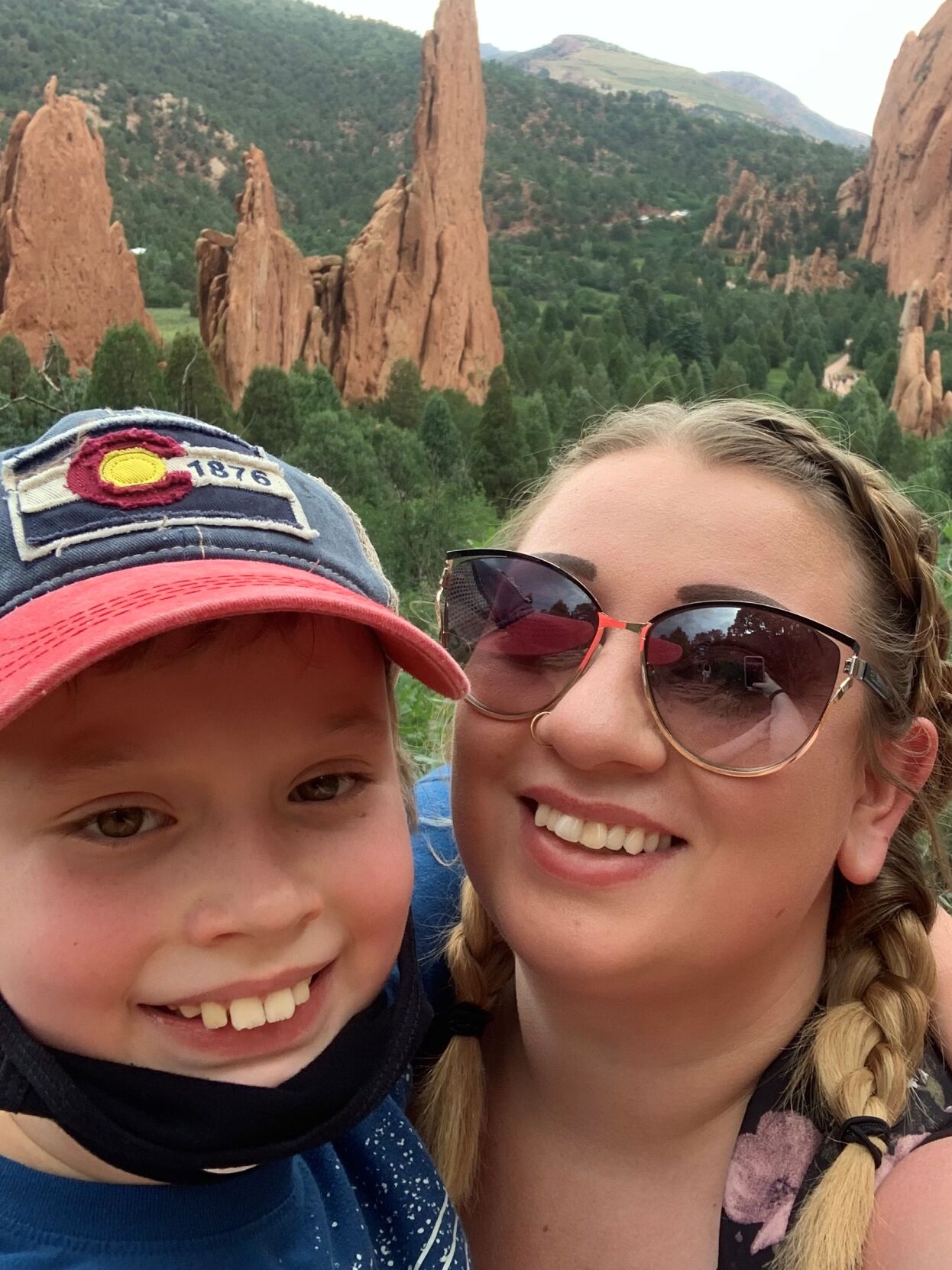 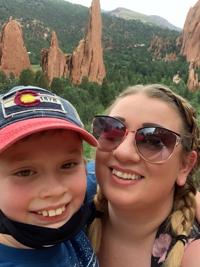 Brittany and her son, Dylan, soon will occupy an affordable home in the Sand Creek development in Colorado Springs.

It takes a lot of volunteers to build a Habitat home such as those currently under construction for two local families in the new Habitat community in 80915.

A new Habitat home will offer more space and privacy for Lian and Zen and their three children.

Brittany and her son, Dylan, soon will occupy an affordable home in the Sand Creek development in Colorado Springs.

Editor's note: This article has been updated to correct several errors.

A new home means that much more when the new owner has put in his or her own “sweat equity” into its construction. Habitat for Humanity and Thrivent have a partnership that helps Pikes Peak region families become homeowners, and even put in some hours on the building of their homes.

Thanks to the partnership, two families soon will be able to move in to their own brand new homes presently under construction in Colorado Springs.

A family of five — Lian and Zen and their three children, and a single mom named Brittany and her son will to receive a newly constructed home in the new Ridge at Sand Creek Sand Creek Habitat community at Galley and Babcock roads (80915).

The four bedroom home for Lian and Zen and their children is being built by Pikes Peak Habitat in recognition of Clark Land Surveying and their support given to PPHFH. Thrivent is sponsoring Brittany's two-bedroom house. Since 1999, Clark Land Surveying has donated surveying and development services to Pikes Peak Habitat, helping build homes for more than 100 El Paso County families.

Attendees of Lian and Zen’s ground blessing included Russ Clark and Justin Crosson of Clark Land Surveying; along with Joel Hamilton, Board Member of PPHFH; as well as Kris Lewis Medina and Iain Probert of PPHFH.

The events were made possible through Habitat for Humanity International and Thrivent Faith Builds. HHI and Thrivent improve communities by helping Habitat build homes in partnership with Christian churches and families needing affordable housing.

In 2016, Brittany (last name withheld) relocated to Elizabeth, Colo. to pursue a better life with her autistic son, Dylan. A City of Colorado Springs employee, Brittany pays high apartment rent costs and has been told her rent will increase again in the next year. But thanks to Habitat and Thrivent, and a slew of volunteers, Brittany and her son will be able to move into their new home soon. It is expected to be completed in December.

A lack of job opportunities in Malaysia inspired Lian, his wife, Zen (last names withheld) and their daughter, Niang Sian Nuam, to relocate to the United States in 2014. Presently, the family lives in a high-rent three-bedroom, one bathroom apartment.

Lian works in a Colorado Springs factory and Zen is a stay-at-home mother. Their home, scheduled for completion in September, offers more space and a backyard suitable for cultivating a garden.

Typically, it takes about 3,000 volunteer hours to build a Habitat house, and three more homes presently are under construction in the neighborhood, said PPHFH Community Relations Manager Laura Williams-Parrish.

“Construction costs over the past year have driven house costs up, and Habitat is no exception to this. The pandemic has limited the number of volunteers we can have on the construction site, so we are hoping to increase numbers this summer when it’s safe to do so,” Williams-Parrish said.

Ninety percent of Pikes Peak Habitat’s homes are built by volunteers. However, the pandemic has caused a volunteer shortage. If you’d like to volunteer visit pikespeakhabitat.org/volunteer.

“While we try to get sponsors to support the cost of each house, the remaining costs are covered by the ‘Fund for Humanity’ that includes Habitat homeowners’ house payments and net proceeds from the ReStore, among other funding resources,” Williams-Parrish said.

PPHFH has been an affiliate of HHI since 1986 and has assisted 191 families in El Paso County. In addition to new construction, PPHFH also offers repairs for senior homeowners, veterans and cost-burdened families.

Thrivent awarded $103,000 to PPHFH as part of its long-standing national partnership that helps families achieve strength, stability and self-reliance through affordable housing.

According to Thrivent engagement leader Stolp,“This year marks the 15th house that Thrivent will build together with PPHFH. The partnership has never been stronger as we build a house for, and with, another family here in El Paso County.”

Since the national partnership’s inception in 2005 Thrivent and its members have contributed more than $268 million and 6.1 million volunteer hours stateside and worldwide to help thousands of families and individuals build strength, stability, and self-reliance through shelter.

“We are grateful for Thrivent’s support of our efforts to build homes in partnership with families in need of permanent affordable housing. It’s a wonderful way to continue to strengthen, stabilize and move families closer to self-reliance,” Medina said.