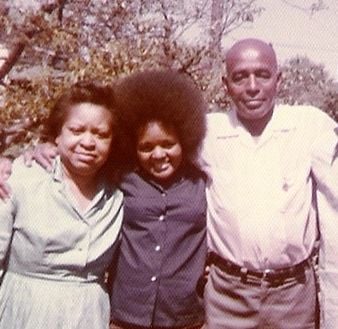 Dolphus Stroud, right, posed with his second wife, Havanna, and his daughter, Juanita Stroud Martin, in this 1972 family photo. 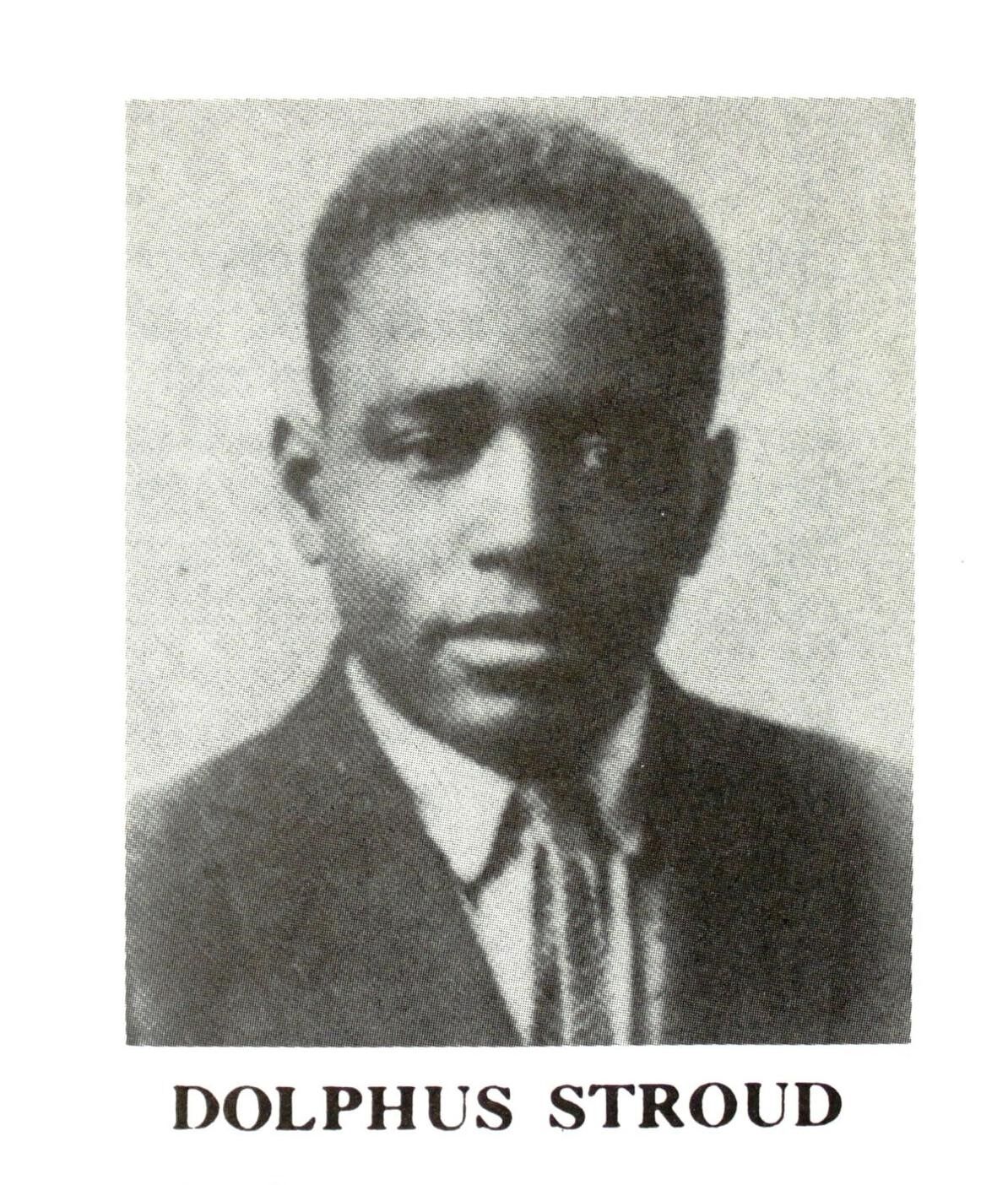 Kelly Dolphus Stroud was one of the best athletes in the history of the Pikes Peak region. 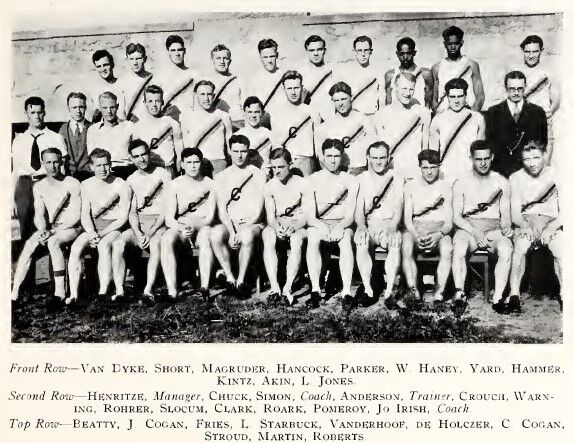 Kelly Dolphus Stroud, top row third from right, was an elite runner for the Colorado College track and field team. 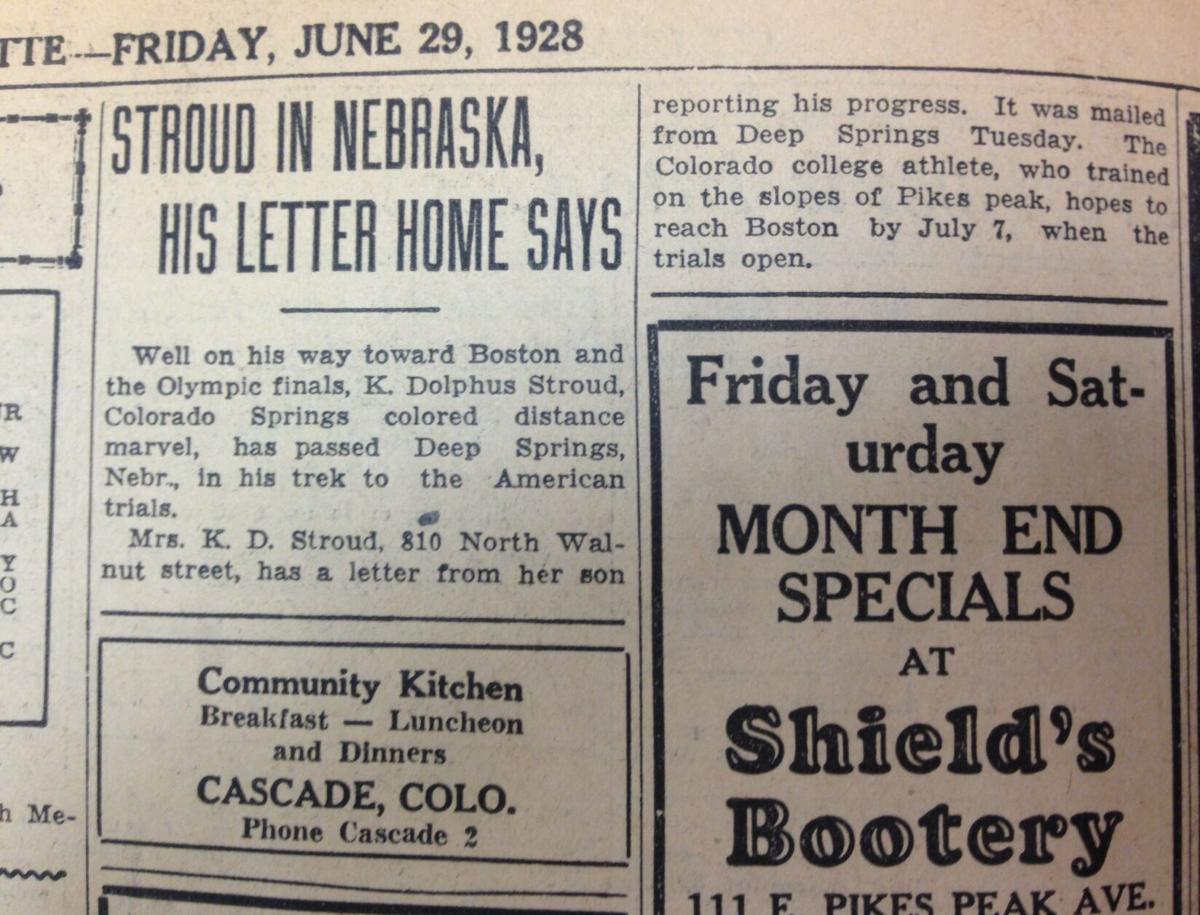 Kelly Dolphus Stroud, a graduate of Colorado Springs High School, was mentioned in the June, 29, 1928 Gazette, which chronicled his travels to Boston to compete in an Olympic qualifying race.

Dolphus Stroud, right, posed with his second wife, Havanna, and his daughter, Juanita Stroud Martin, in this 1972 family photo.

Kelly Dolphus Stroud was one of the best athletes in the history of the Pikes Peak region.

Kelly Dolphus Stroud, top row third from right, was an elite runner for the Colorado College track and field team.

Kelly Dolphus Stroud, a graduate of Colorado Springs High School, was mentioned in the June, 29, 1928 Gazette, which chronicled his travels to Boston to compete in an Olympic qualifying race.

Editor's note: This column has been updated to correct an error. Kelly Dolphus Stroud was never married to Effie Stroud. Effie was his sister. For more about Kelly Dolphus Stroud, please visit coloradocollege.edu/other/untoldstories/stories/dolphus_stroud.html.

There are more than 150 individuals and teams in the hall of fame. The list of the most famous includes Major League Baseball Hall of Famer and Wasson High School graduate Goose Gossage, Olympic gold medal figure skater Peggy Fleming (who attended Cheyenne Mountain High School and Colorado College) and Pro Football Hall of Famer Dutch Clark (a star back at Colorado College in the 1930s).

The CS Sports Hall of Fame includes athletes, coaches and contributors of all sports and from all parts of the Pikes Peak region. The hall of fame also consists of Fountain-Fort Carson graduate and long-time NFL kicker and punter Don Cockroft, Woodland Park’s Leonard and Barb Vahsholtz of Pikes Peak Hill Climb fame, and Lewis-Palmer graduate and former NBA star Pat Garrity.

The hall of fame committee has done a fine job of selecting qualified nominees. Most of the obvious selections are enshrined. But the committee has erred greatly by still not having honored Kelly Dolphus Stroud. His story should be an inspiration for any athlete who has ever felt the immense pressure of overcoming immeasurable odds.

I knew a little about Stroud prior to writing this article, but I was not fully aware of his incredible story until recently when my buddy, Jim Bensberg — a longtime Broadmoor-area resident and former El Paso County Commissioner — convinced me that Stroud is more than worthy to have a plaque on the World Arena wall of fame.

Stroud was a 1925 graduate of Colorado Springs High School (now Palmer). He was denied a spot on the school’s track team because he was Black. A high school teacher encouraged Stroud to train on his own and use his athletic prowess to advance himself in life.

Stroud entered Colorado College and became a member of that school’s track team and quickly achieved stardom as a world-class distance runner. It is well documented that Stroud regularly summited Pikes Peak in the early morning and returned home before breakfast. In 1928, he set a record or a marathon race up and down Pikes Peak in 2 hours, 53 minutes.

That same year, Stroud entered a preliminary race to qualify for the 1928 Olympic games in Amsterdam. He won the 5000-meter race in Denver. Because he was Black, however, he was not allowed to ride the train with white athletes to Boston for the AAU Olympic qualifier race at Harvard University. Rather than succumb to the racist attitudes of the time, Stroud set out to walk, run and hitchhike to Boston for the event.

His trek was briefly chronicled by the Gazette Telegraph, which dubbed him the “Black Hope of the Rocky Mountain Region.” He finally arrived in Cambridge, Massachusetts, just six hours before the race, having covered 1,765 miles in 12 days.

Lining up for his race against five other runners, Stroud initially froze when the starting gun fired. After the second lap of the 5,000-meter event, he was well behind, but did not quit. On the sixth lap, his vision blurred due to exhaustion, hunger and dehydration. He staggered to the edge of the track and fell. His Olympic dream had come to a sad end.

Stroud worked his way back to Colorado College and graduated with honors in 1931. His sister, Effie, also graduated from CC that year. He earned his degree in political science, receiving A’s in all of his classes but one, and was the first Black CC student ever elected to Phi Beta Kappa. Those who knew him well said Stroud was not soured by his experiences.

Stroud married and moved to Forsyth, Georgia, where he worked at the State Teachers and Agricultural College as an athletics coach and political science teacher. Stroud later continued his studies at the University of Mexico. His thesis, written entirely in Spanish, chronicled the history of Black people in America.

Stroud returned to the U.S., eventually moving to Portland, Oregon, where he started a warehouse business. He became a fixture in the community, organizing professional golf tournaments and youth baseball and basketball leagues. He returned often to Colorado Springs to ascend Pikes Peak.

He deserves a spot in the CS Sports Hall of Fame.