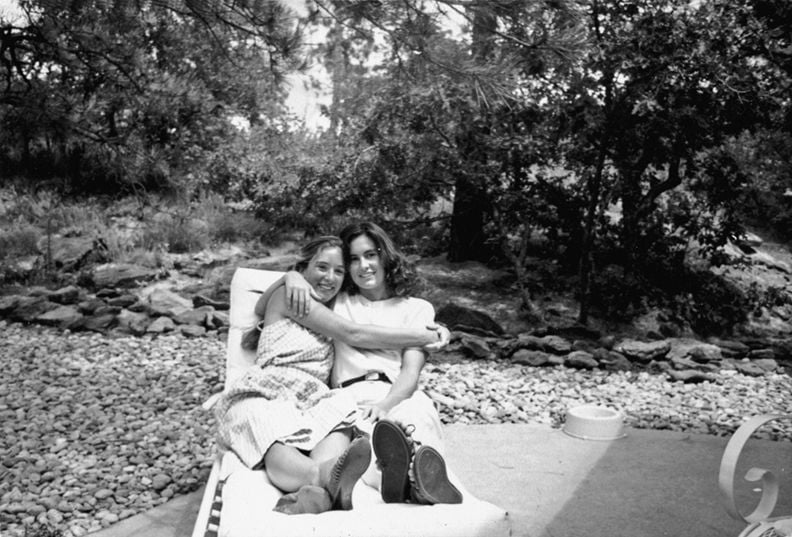 Lindsay and Margaret Galvin grew up in Colorado Springs. They approached journalist and author Robert Kolker about writing the story of their family. It became the new book "Hidden Valley Road." 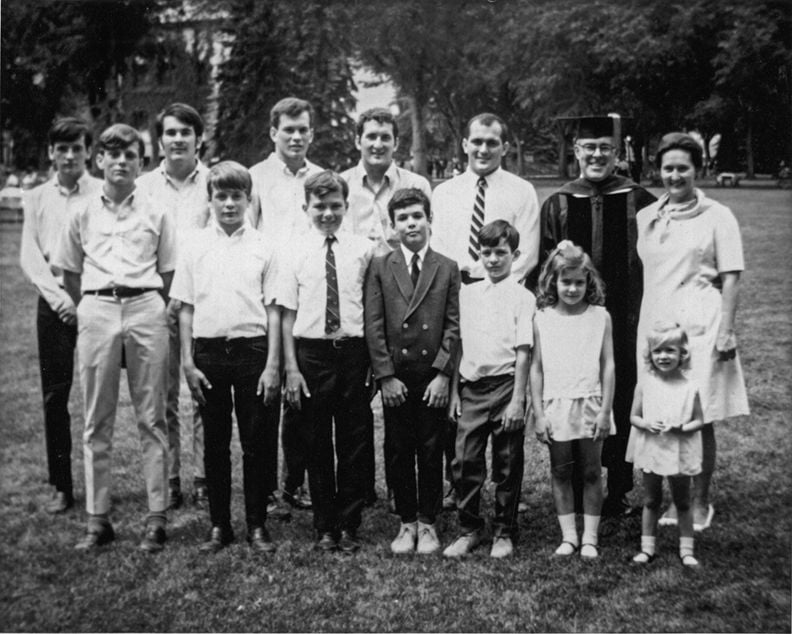 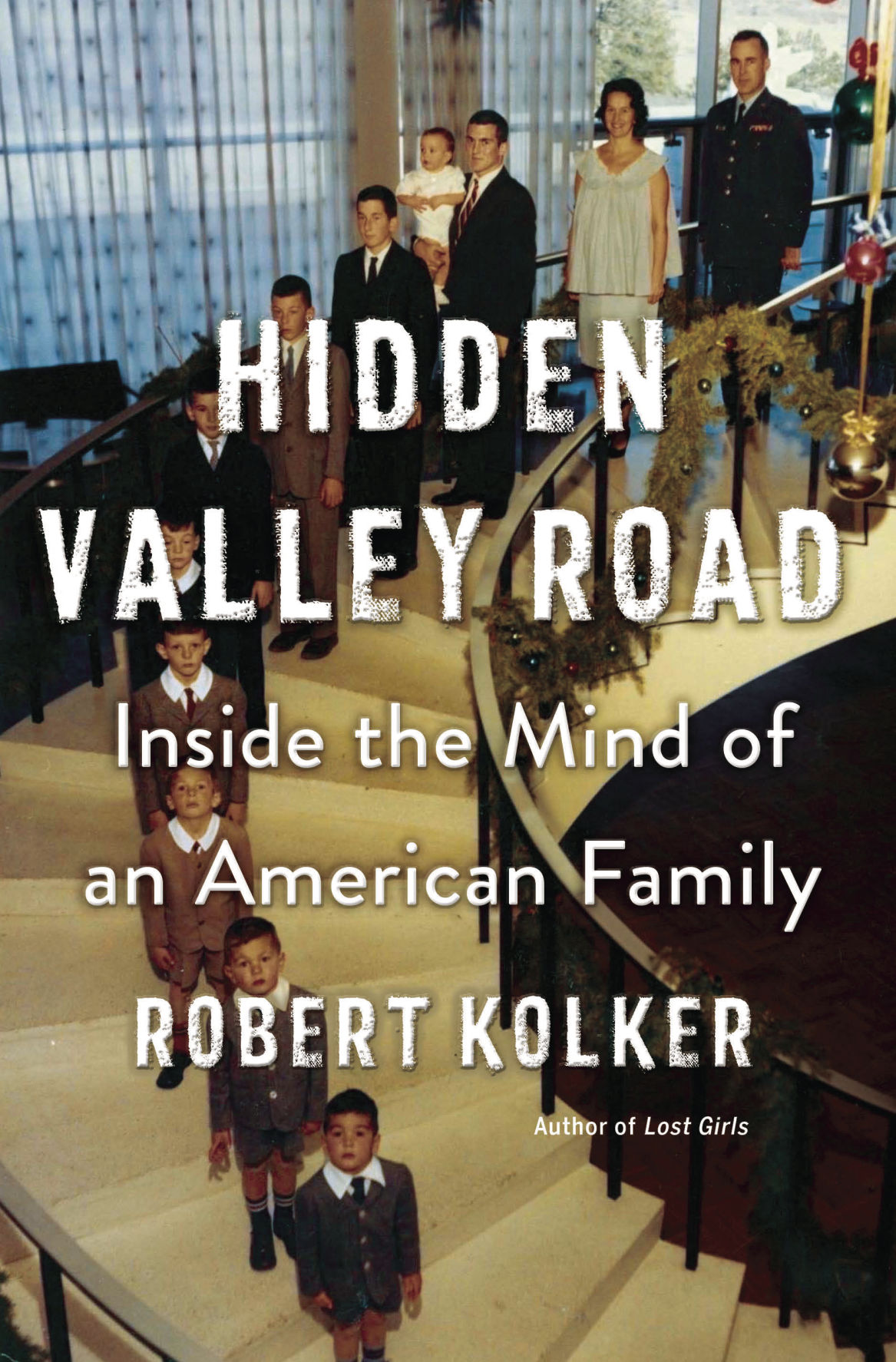 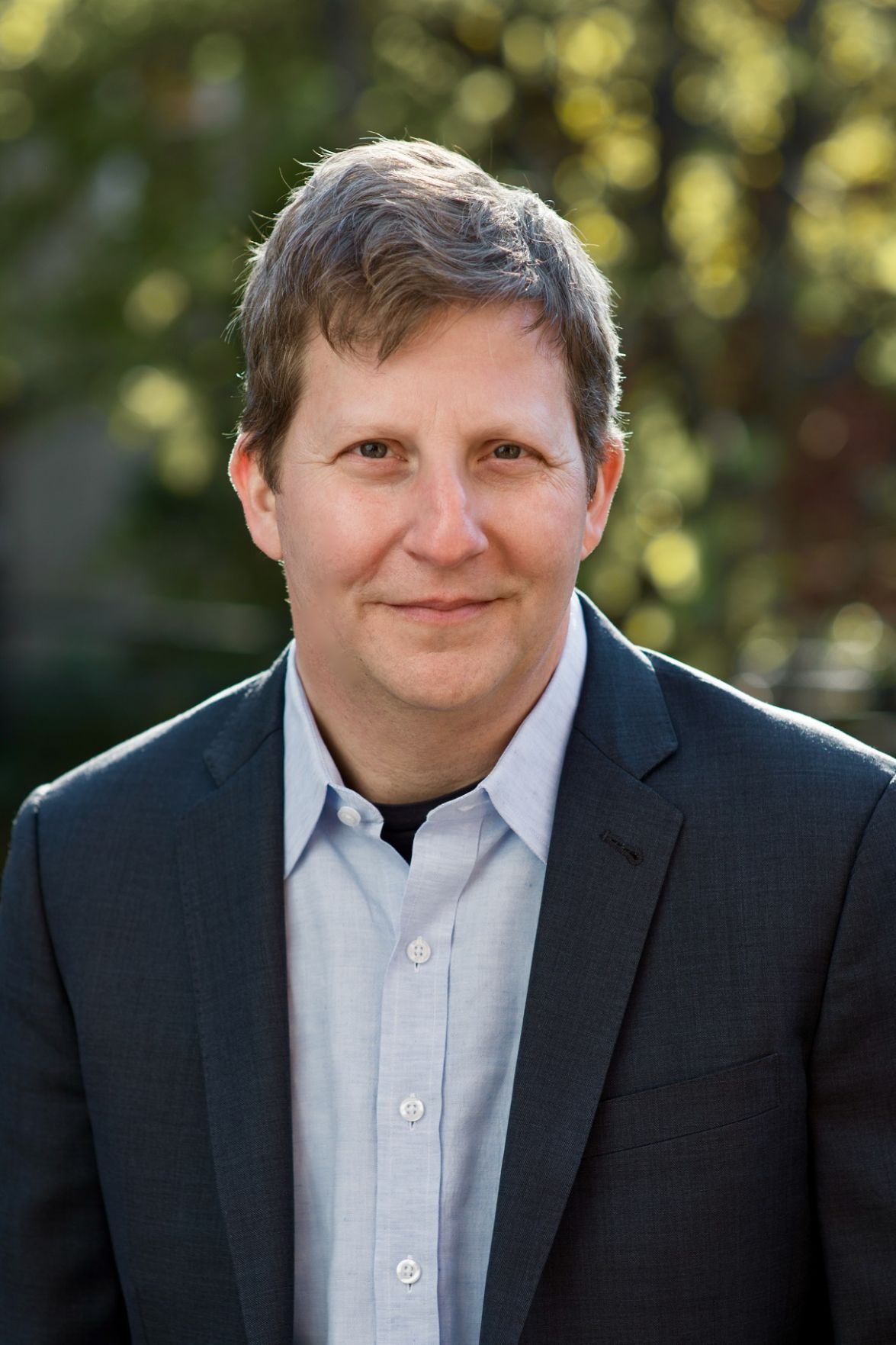 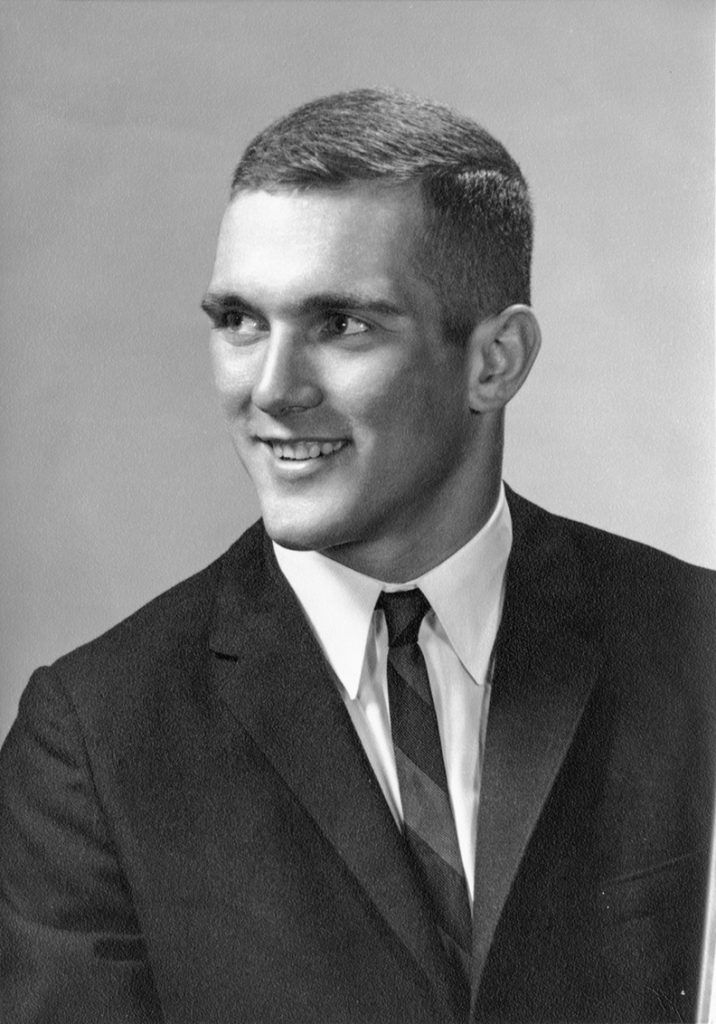 Donald Galvin in the mid-1960s. He was diagnosed with schizophrenia, along with five of his brothers. 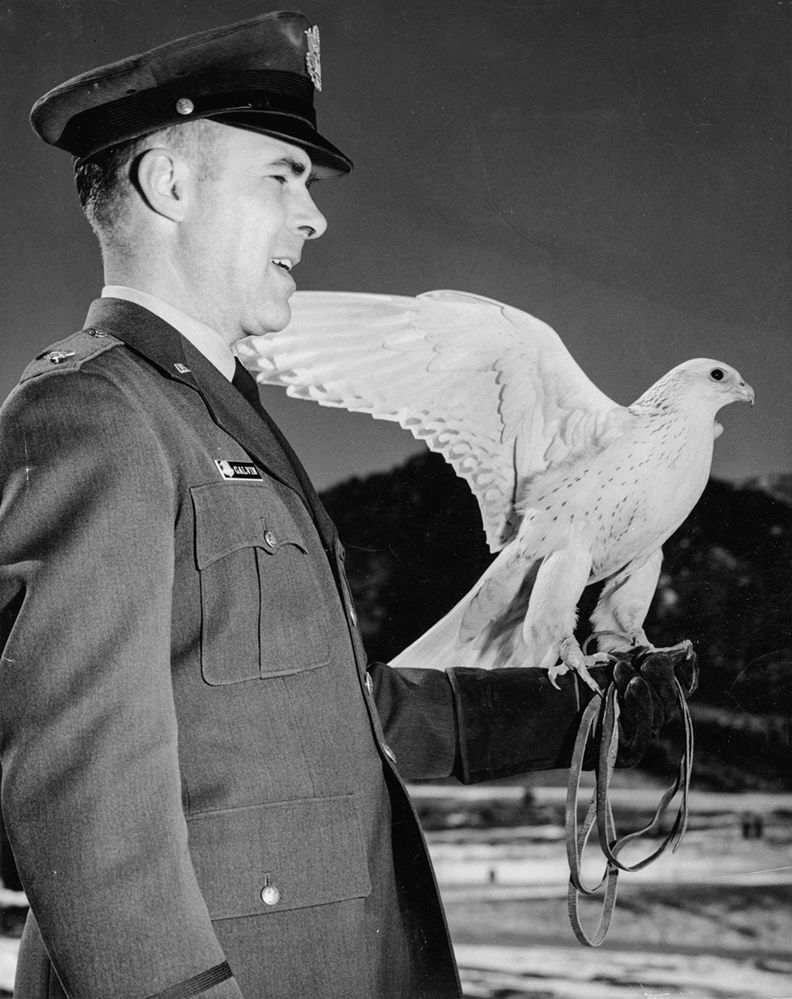 Don Galvin, father to a dozen children, worked at the Air Force Academy and led its falconry program. 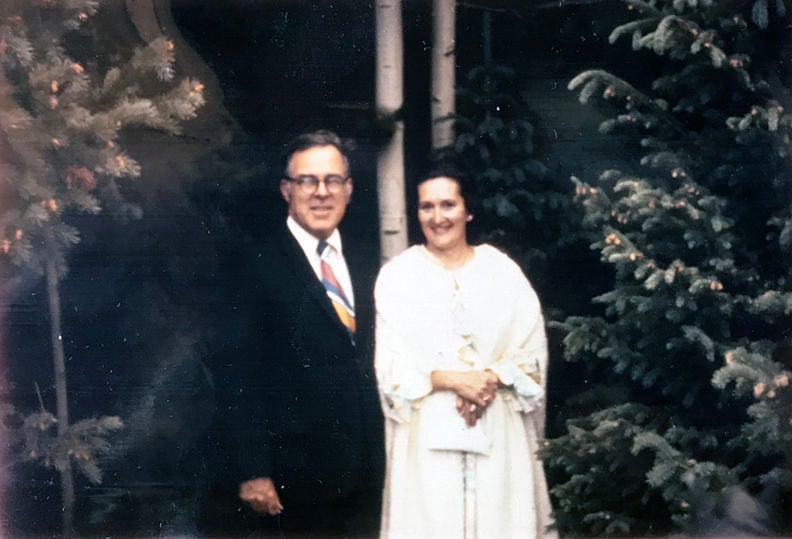 Don and Mimi Galvin. The couple had a dozen children, and six of their sons developed schizophrenia as detailed in the new book "Hidden Valley Road" by Robert Kolker.

Lindsay and Margaret Galvin grew up in Colorado Springs. They approached journalist and author Robert Kolker about writing the story of their family. It became the new book "Hidden Valley Road."

Donald Galvin in the mid-1960s. He was diagnosed with schizophrenia, along with five of his brothers.

Don Galvin, father to a dozen children, worked at the Air Force Academy and led its falconry program.

Don and Mimi Galvin. The couple had a dozen children, and six of their sons developed schizophrenia as detailed in the new book "Hidden Valley Road" by Robert Kolker.

Journalist and New York Times bestselling author Robert Kolker was handed a doozy of a heartbreaking tale, rampant with psychosis, murder, suicide and incest. And it all took place on a quiet Colorado Springs road beginning in the 1960s.

His recently released book and new Oprah’s Book Club selection, “Hidden Valley Road,” begins with a love story. In the wake of a positive pregnancy test, Mimi, a pretty, talkative girl, quickly marries her steady boyfriend, Don Galvin, a serious, quiet man. His career lands them in the Springs, where his time spent working at the Air Force Academy as a political science instructor and head of the cadet’s falconry program is featured prominently in the book.

It was there, in their home on Hidden Valley Road, in the Woodmen Valley part of town, that the couple raised a dozen children. Little did they know the terror that would arise within those walls, as six of the sons, beginning with Donald, the oldest, would develop otherworldly and often terrifying symptoms and ultimately each receive the diagnosis of schizophrenia.

“I love writing about families and people who never imagined they’d be in the news, as opposed to interviewing public figures,” says Kolker by phone from his Brooklyn home. “I’ve always wanted to tell a family story. This one seemed complicated and sad. My hope was to find the hope in the story, and to make it relatable by getting to know the people better and have their personalities be the entry point for people.”

The two daughters in the family, Margaret, who’s now a visual artist in Boulder, and Mary, who now goes by Lindsay and is an event coordinator living near Telluride, decided it was time to tell the story of their unusual family tree. The sisters reached out to an independent journalist, who recommended Kolker.

“Even though the family was extraordinary, it seemed like the book could be difficult, given all the people involved and sensitive information,” he says. “A stroke of luck was they were all up for it. There was a fair amount of apprehension from some of the brothers, but they deferred to their sisters. They supported the sisters’ decision.”

To get a handle on the Galvins’ story, Kolker spent a large chunk of time interviewing each of the remaining family members. Though paterfamilias Don died in 2003 and three of the sons were also dead, including one who was diagnosed with schizophrenia and killed his girlfriend and then himself, Kolker was able to talk extensively with Mimi before she died in 2017.

She was a driven woman, he says, and was determined to maintain a sunny disposition. She and Don had spent years buried in shame and the stigma brandished upon them by a medical establishment that claimed bad parenting was to blame for schizophrenia.

“She felt there was a target on her back,” Kolker says. “She didn’t want to talk about it. But as they (researchers) started to understand the illness better and the bad parenting theory fell away, she was empowered and gratified and validated. By the time I met her in 2016, she was very positive and upbeat.”

Kolker also met with three of the diagnosed brothers who are still alive today. They’re surprisingly lovable and mellow, he says, which tends to be the pattern with those with schizophrenia after years of taking medications.

“I learned early on that for the book to work, I couldn’t talk about the sick brothers as being uniformly sick,” he says. “I had to have them emerge as individuals. I had to get a feel for what their personalities are like now.”

He describes Donald, who now lives at Point of the Pines Gardens, an assisted living facility in the Springs, as having an air of calmness and confidence. He still grandiosely believes he is the head of the Galvin household, that he fathered everybody in the family, and is the offspring of an octopus, but he claims all of it in a nonhostile, serene way.

Brother Peter, who lives in an assisted living facility near Pueblo, is a natural performer who loves and talks to his family, Kolker says. Of the three, he’s the one with the more severe cognitive issues, but on good days he’s great.

Matthew, who has more physical health problems, tends toward the grouchier side, but still longs for and appreciates attention and love from his family. He was living in Section 8 housing (rentals for low-income tenants) in the Springs, but Kolker isn’t sure if that’s still the case, due to his health issues.

“The curse of the Galvin family is the stuff of Greek tragedy,” writes critic Sam Dolnick in The New York Times Book Review. “Kolker tells their story with great compassion, burrowing inside the particular delusions and hospitalizations of each brother while chronicling the family’s increasingly desperate search for help. But ‘Hidden Valley Road’ is more than a narrative of despair, and some of the most compelling chapters come from its other half, as a medical mystery.”

Throughout the book, Kolker weaves in the long history of schizophrenia, beginning with Daniel Paul Schreber, who grew up in Dresden, Germany, in the middle of the 19th century. In 1894, at the age of 51, he was diagnosed with a paranoid form of hallucinatory insanity and spent the next nine years in an asylum. Those years produced the work “Memoirs of My Nervous Illness,” about his mysterious condition that later became known as schizophrenia.

The Galvin family has been studied in great detail over the decades. Early researchers believed the family to be a “perfect petri dish to study genetics,” says Kolker, while big names in neurobiology said it was a “fool’s errand,” and that it was too complicated a disease for anyone to find anything.

The human genome project, which took place from 1990 to 2003, and determined the base pairs that make up human DNA, and identified and mapped all of the genes of the human genome, was revolutionary, Kolker says. And even though it was still thought families weren’t the key, some who studied the Galvins insisted there was something there.

In recent years, those latter researchers were vindicated. Two teams found genetic issues in the family that pointed toward a better understanding of the disease, and have helped with finding possible ways to prevent it in future generations, including the use of the nutritional supplement choline. If given to pregnant women, it can make the baby’s brain more resilient and less vulnerable to psychosis.

“That’s all based on decades of research that began with the Galvin family,” says Kolker.

Fortunately, none of Mimi’s and Don’s more than a dozen grandchildren are afflicted with schizophrenia. And interestingly, neither of the couple’s parents or grandparents had the disease, though Kolker did hear whispers about a cousin or first cousin who had “issues,” he says, but nothing that was ever diagnosed.

The disease tends to wander or meander in families, he says.

“Whatever perfect storm happened was two parents’ genetic cocktails mixing in the wrong way. It’s possible it won’t be repeated in a future generation. There’s a strong possibility they’re (the Galvins) in the clear.”