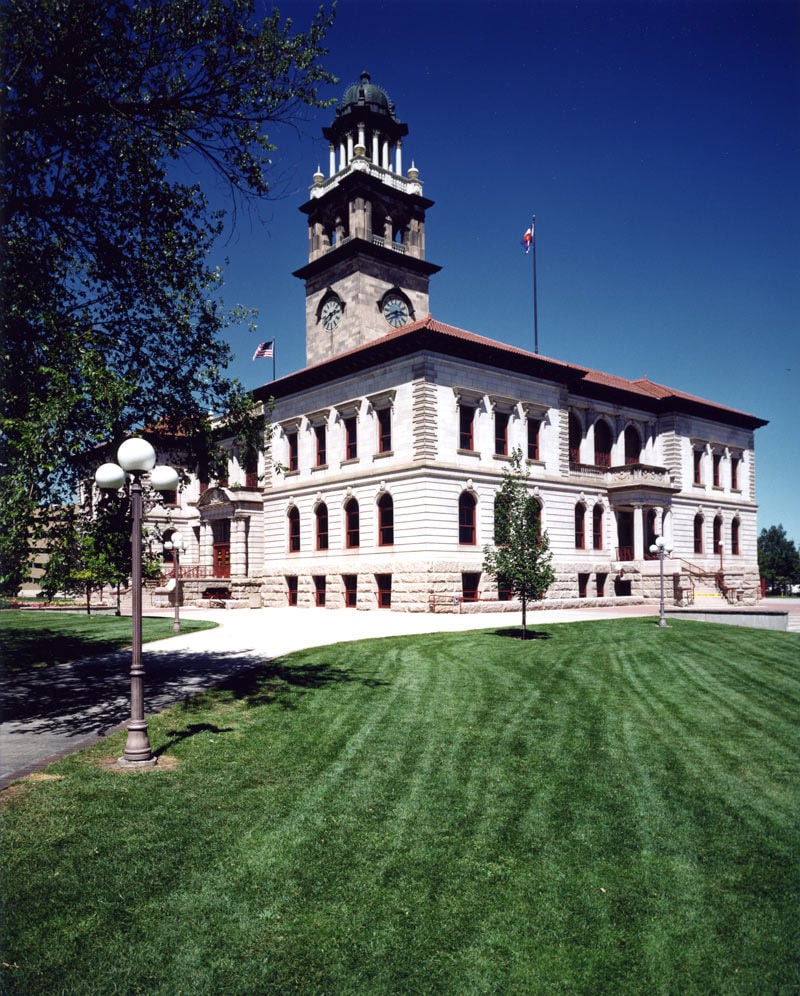 The Colorado Springs Pioneers Museum is one of several event centers forced to close as a result of the spreading coronavirus pandemic. Some of its collections are online, and the museum has been offering some programs digitally as a way to keep residents in the region connected to its history and culture. 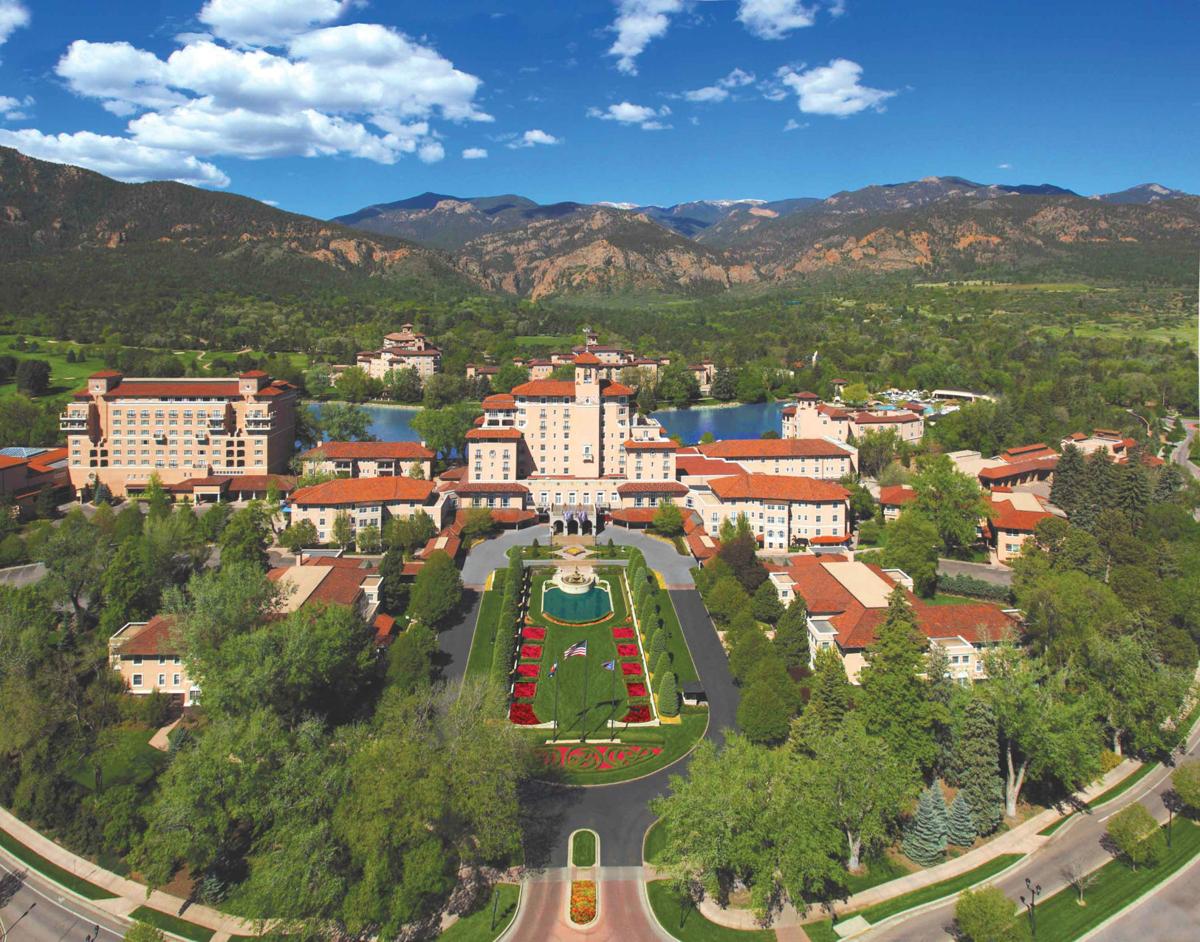 The Broadmoor has temporarily closed amid coronavirus concerns and a statewide shelter-in-place mandate handed down by Gov. Jared Polis March 26. The historic resort has closed once before, for nine months during the Great Depression. 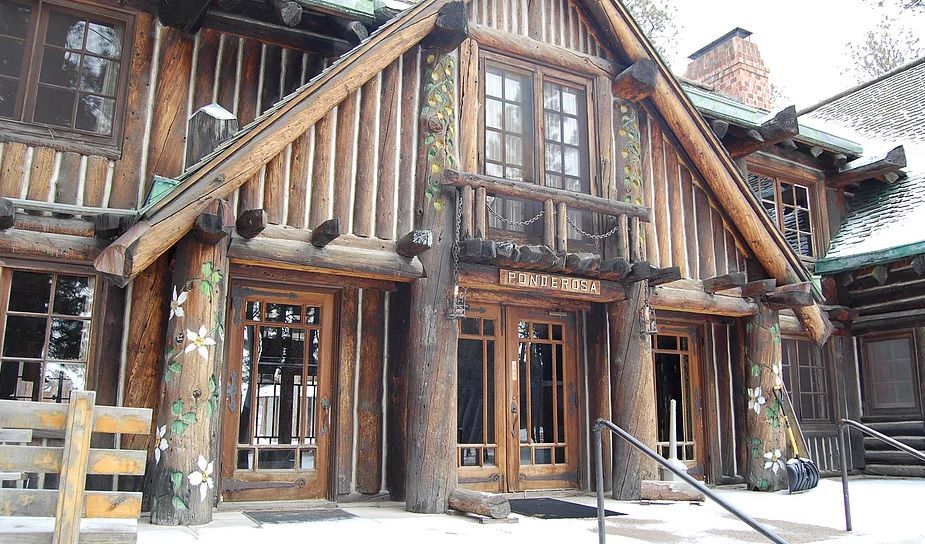 La Foret Retreat and Conference Center is feeling the economic effects of the coronavirus pandemic, and has asked for public donations in order to be able to continue operations.

The Colorado Springs Pioneers Museum is one of several event centers forced to close as a result of the spreading coronavirus pandemic. Some of its collections are online, and the museum has been offering some programs digitally as a way to keep residents in the region connected to its history and culture.

The Broadmoor has temporarily closed amid coronavirus concerns and a statewide shelter-in-place mandate handed down by Gov. Jared Polis March 26. The historic resort has closed once before, for nine months during the Great Depression.

La Foret Retreat and Conference Center is feeling the economic effects of the coronavirus pandemic, and has asked for public donations in order to be able to continue operations.

Update: This article has been updated to reflect that the Space Symposium has been postponed.

It was March 11 when Gov. Jared Polis declared a state of emergency as a result of the unfolding coronavirus outbreak in Colorado.

By March 13 cancellations and closures rippled across Colorado Springs and the greater Pikes Peak region. Minute by minute, announcements rolled in of postponed or canceled events as Polis urged against gatherings of more than 250 people and Colorado’s first coronavirus-related death was reported in El Paso County.

Throughout the following week, businesses, organizations, nonprofits, museums, libraries, event centers and restaurants temporarily shuttered their doors as the far-reaching impacts of the pandemic penetrated all industries.

The Pioneers Museum in downtown Colorado Springs announced its closure to the public March 17, but online resources and research help remain accessible.

“Although we are closed, our staff has been working on innovative ways to continue our mission, which is to build a lasting connection to the Pikes Peak region by preserving and sharing our cultural history,” said Diane Barber Stine, the museum’s development director.

In this unprecedented time, the Pioneers Museum has continued to accomplish that mission by bringing the region’s history and culture to residents via virtual and digital means. Its Children’s History Hour, previously offered in-person at the museum for children ages 3-6, is now broadcast over Facebook Live, offering education through video lectures and follow-along crafts. The museum has also held digital lunch-and-learn events, and on April 11 will offer its 2020 Scholar Series: Arts and Crafts Architecture in Colorado Springs event via digital conferencing program Zoom.

Additionally, Barber Stine said the museum’s “A Story of Us” collection, described on the museum website as an A-Z “interactive story-telling project combining photographs, stories and dynamic maps to bring history and geography to life” is also accessible online at cspmstoryofus.com, and visitors can also view museum collections at cspm.pastperfectonline.com.

“We’re working on these interesting ways to still connect with the community, and we are still taking research requests at this time, so history buffs at home who want to learn more about things like their home or the history of their neighborhood can still submit those requests,” Barber Stine said.

Barber Stine said museum staff is “consistently monitoring the situation,” and look forward to reopening to the public.

In the meantime, people can support the museum by making financial donations online at cspm.org/support.

Nearby, the historic Broadmoor made headlines March 19 when it announced it would temporarily close for about 70 days beginning noon March 21 and with hopes to reopen by Memorial Day weekend.

“The Broadmoor’s leadership felt it was important to cease all operations out of an abundance of caution for the safety of everyone,” according to a statement issued by the hotel. “The resort has had no cases or confirmation of any guests or employees testing positive for COVID-19. We all regret this unfortunate situation and thank you for understanding.”

“The Broadmoor has been here 101 years, and has survived World Wars, The Great Depression, recessions and Prohibition,” hotel President Jack Damioli told the Edition’s sister paper, The Gazette. “We’ll survive coronavirus as well. We anxiously look forward to being able to reopen our resort later this spring.”

The hotel’s closure was another blow to the local economy, coming on the heels of the postponement of the 36th annual Space Symposium, which was scheduled to take place at The Broadmoor March 30.

“The property known as the Grande Dame of the Rockies has closed just once before. The Great Depression forced its closure for more than nine months — from Sept. 9, 1935, to June 20, 1936,” the Gazette reported in a March 19 article, “Broadmoor hotel temporarily closes due to coronavirus pandemic.”

The Broadmoor is owned by the Denver-based Anschutz Corp., whose Clarity Media Group owns The Pikes Peak Newspapers, including the Edition, and its sister paper, The Gazette.

In the eastern portion of the Pikes Peak Region, La Foret Conference and Retreat Center in Black Forest was also feeling the economic burden of the coronavirus pandemic.

On March 20, the conference and event center’s top executives made an emergency appeal for donations to help keep the nonprofit functioning.

“The effects of the public response to coronavirus on La Foret have been swift and economically severe,” read a March 20 letter from the center. “In two days last week, we lost all of our booked business through the end of April. We anticipate those losses will continue through May, and possibly into summer. As you are all aware, almost all of our income comes from these bookings.”

Brad Carroll, La Foret’s assistant executive director, said Thursday that the event center has received public donations since the appeal was made, though he declined to disclose the amount.

To continue operating, La Foret made the decision to cut staff pay by 25% to 50% and has eliminated discretionary spending. Still, the nonprofit’s monthly expenses total $60,000 and include utilities, communications, insurance and reduced salaries, the March 20 letter states.

Staff continues to plan for summer camps and programs, Carroll said. He noted the center hopes to retain all staff members.

“It’s been difficult. It’s been a shock. Unfortunately, those who are older have been through this before,” Carroll said Thursday. “The staff response has been overwhelmingly supportive of La Foret, but as an employer, it’s been difficult.”

To make a financial donation to La Foret, visit laforet.org and click on the green “Donate” button.