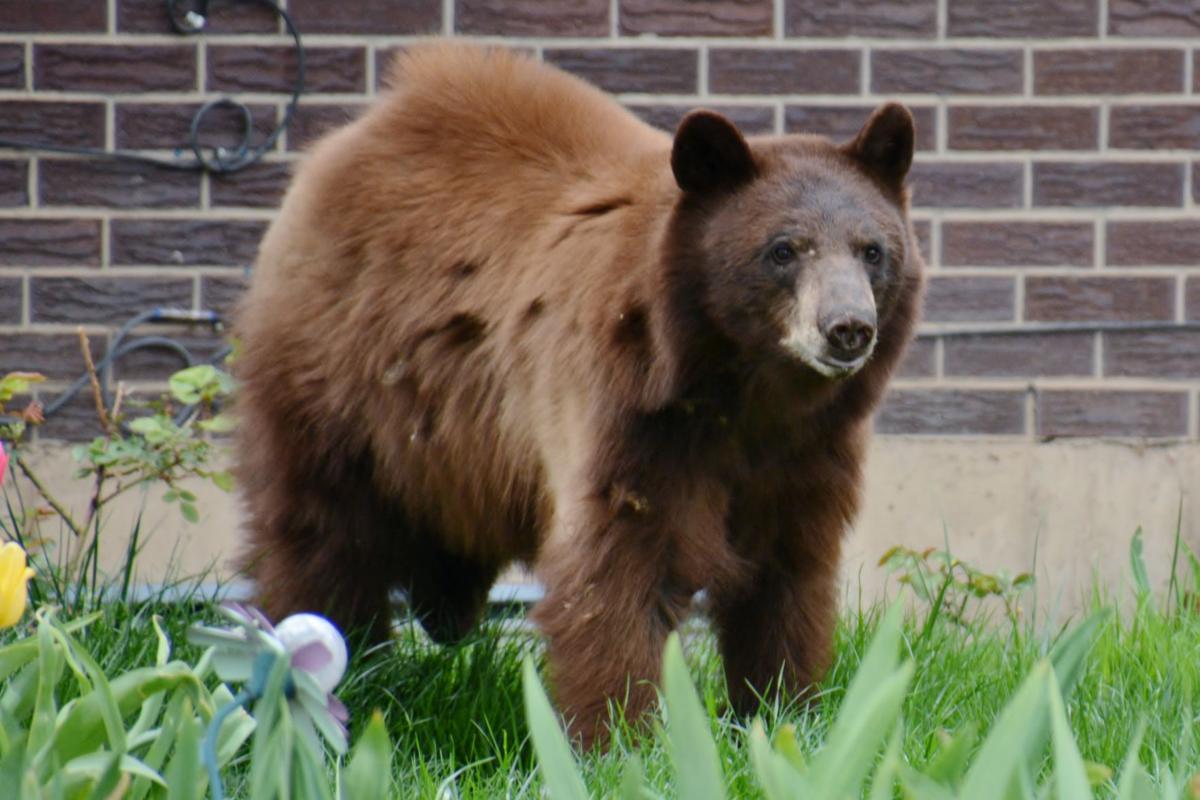 This bear was rescued from a Colorado Springs home near the Citadel Mall in June 2019. 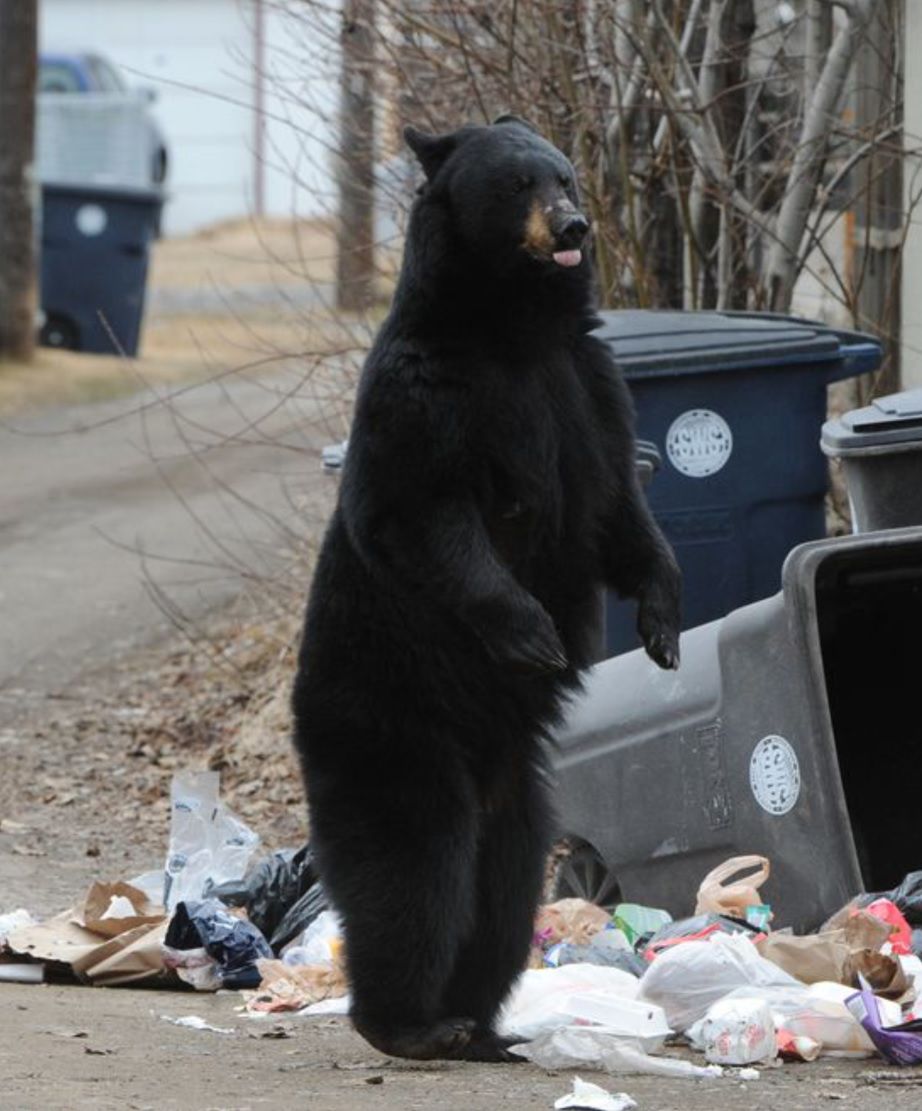 Unsecured garbage is the single largest attractant for bears because it is an easy food source. 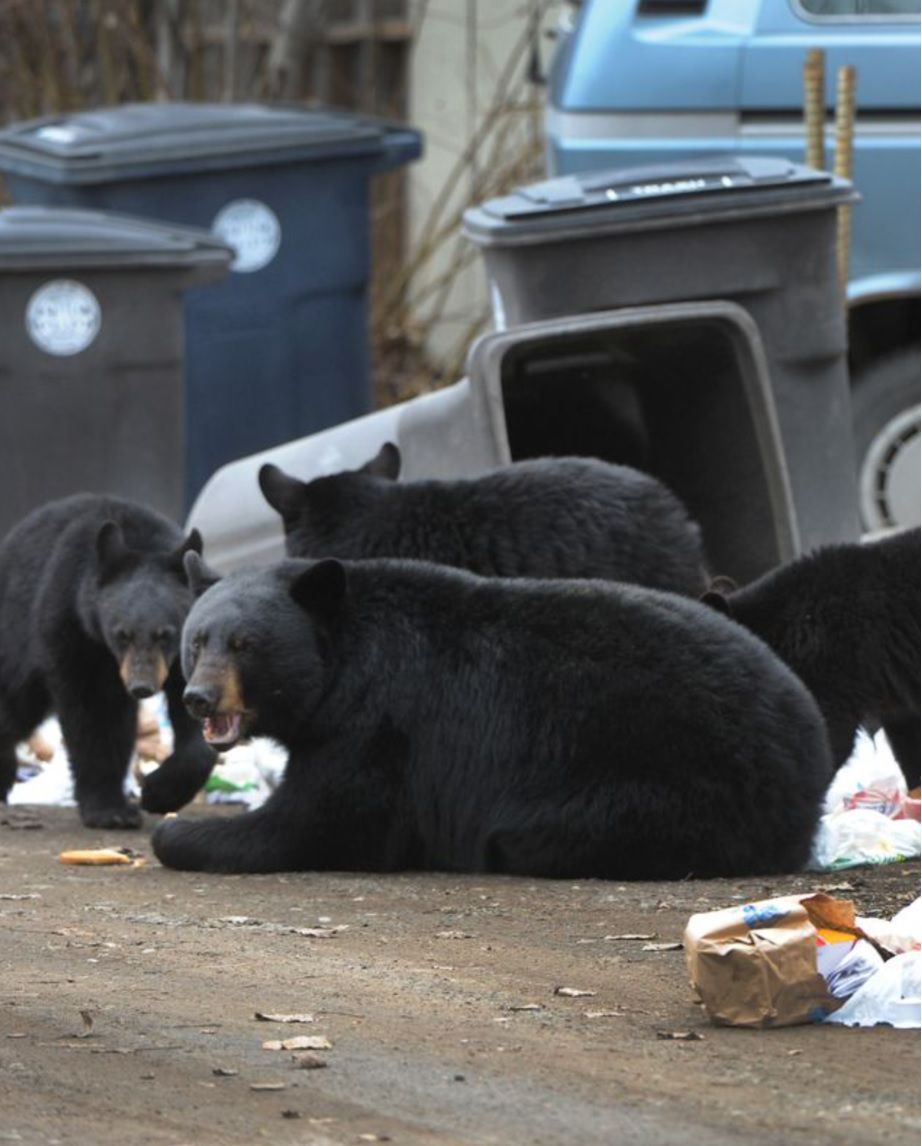 Unsecured garbage is the single largest attractant for bears.

This bear was rescued from a Colorado Springs home near the Citadel Mall in June 2019.

Unsecured garbage is the single largest attractant for bears because it is an easy food source.

Unsecured garbage is the single largest attractant for bears.

As a resident of Colorado Springs west side, I have yet to come face-to-face with a bear in my neighborhood.

There have been reports of a few in the handful of years I’ve lived in the area, but I have yet to make a bear’s acquaintance (other than from afar, on the golf course!) And I’d like to keep it that way.

Living near the mountains, as I deliberately do, it’s no surprise to see wildlife. There are deer crossing my street most every week — giant bucks and their extended families. There are also plentiful raccoons, skunks and squirrels, and the occasional bobcat. It wouldn’t be shocking to find a bear in the nabe. The wild creatures have gotten in the habit of coming closer and closer to the city to forage for easy pickings — the garbage we leave by the curb.

After an increase in bear activity in west side neighborhoods (including those of some Woodmen Edition readers), the Colorado Springs Bear Smart Task Force was formed. The citizen’s group is comprised of representatives from Colorado Parks and Wildlife, Humane Society of the Pikes Peak Region, City of Colorado Springs, Cheyenne Mountain Zoo, Council of Neighbors and Organizations, and neighborhood volunteers. Its aim was to find ways to reduce bear/human conflicts on the west side.

“It may sound dramatic, but it’s true. A bear that’s food-conditioned will always come back for a handout ... and if it happens to be a residential neighborhood or commercial area, that’s a problem — for bears and humans. For residents in bear country, putting trash out only on the morning of pick-up cuts the chances of a bear visit from 70% to 2%,” states coloradosprings.gov/bears.

Those dramatically reduced odds make it safer for both humans and bears.

Frank McGee, area wildlife manager for CPW, said in a City news release, “Bears are smart and they learn quickly that city garbage is an abundant and a reliable food source. But a diet of garbage is terrible for bears and brings them into close proximity to people, which is dangerous for them and us. By securing our trash, we deny bears easy meals and discourage them from coming into town. We help keep them wild and alive in the forest, where they belong, not in someone’s garage or the path of a car — behaviors that can get them killed.”

As a protection for us — and for the bears — Colorado Springs City Council recently adopted two ordinances “to help manage wild bears in neighborhoods west of I-25.” The public was invited to provide input during two public meetings held in August.

Effective March 1, the Bear Management and Resistant Trash ordinances will require residents (of rentals AND homes) and businesses within a designated bear-management area (see map at coloradosprings.gov/sites/default/files/inline-images/bear_managment_area_map.pdf) to secure trash and/or use bear-proof trash receptacles.

Certified bear-resistant waste containers may be provided by your trash collection company or you can buy your own. The alternative to buying the $200-400 or so (from a Google search) containers is to wait until the day of regular trash pickup to put out your garbage.

“The majority of residents will already meet this new requirement by simply waiting until 5 a.m. to set out their trash containers on trash collection days and returning them to their garage by 7 p.m.,” said Mitch Hammes, Neighborhood Services Manager for the City of Colorado Springs.

“We ask the public’s patience as neighbors work to comply with this new ordinance. You may contact neighborhood services if you have bear activity in your neighborhood due to unsecured trash and we will work to educate neighbors. Our goal is for people to voluntarily comply with the ordinance, however, continued non-compliance may result in fines.” Contact Neighborhood Services at 719-444-7891 or tinyurl.com/r2l8xd7.

Recycling bins are exempt from these requirements and may be left unsecured as they “should be free from food and other attractants.” Please keep recycling!

I’ve started to put my trash receptacle out on the morning of trash collection and bringing it back in that evening instead of leaving it in the alley all the time. It’s no big effort (and no extra expense). It’s a small habit change that could keep me from a run-in with unexpected ursine neighbors.

The Bear Management Area Map includes most areas with in the Colorado Springs city limits west of Interstate 25.