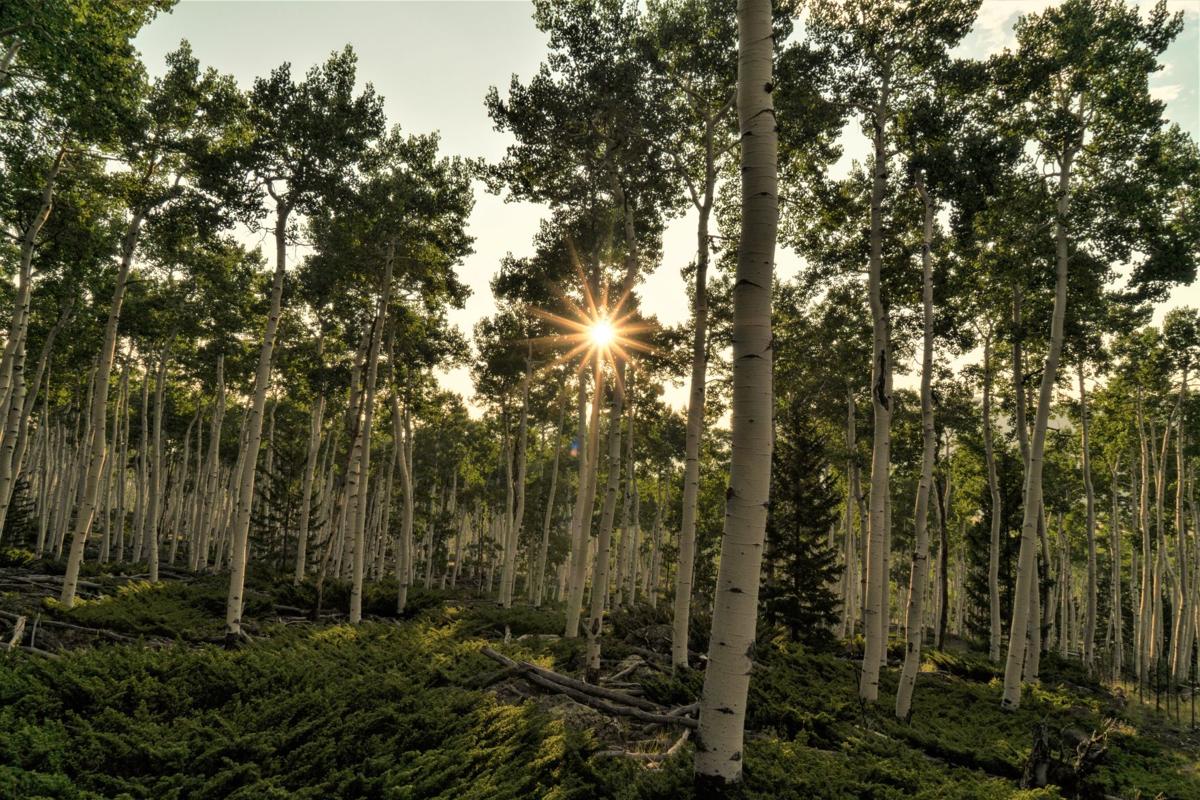 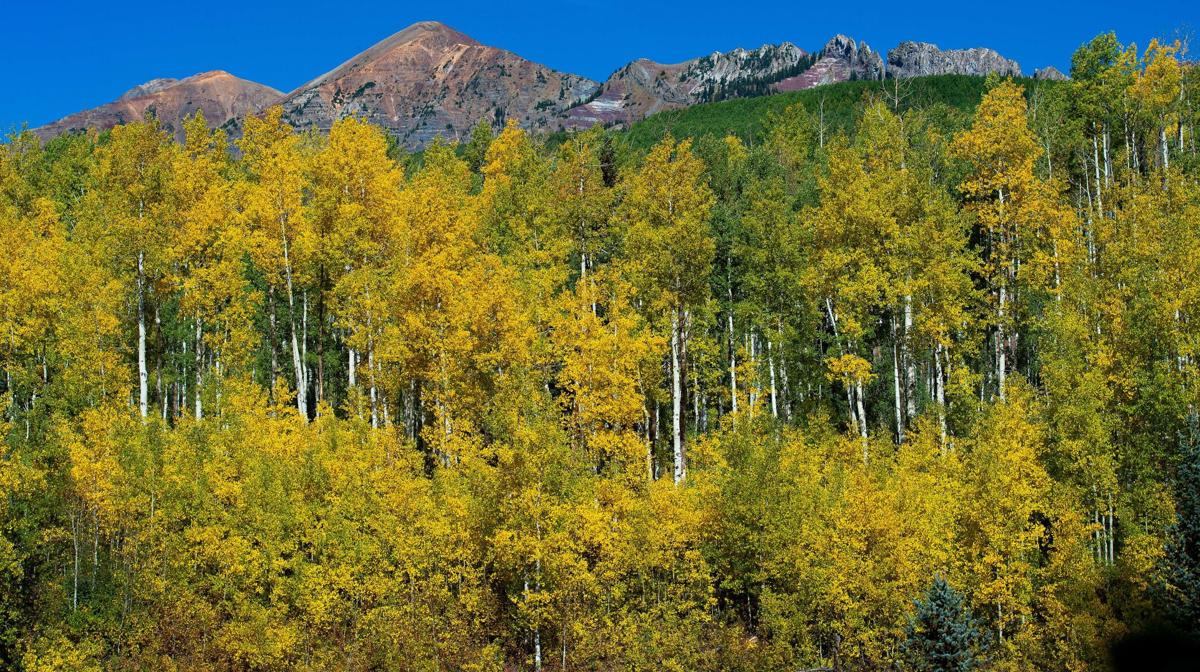 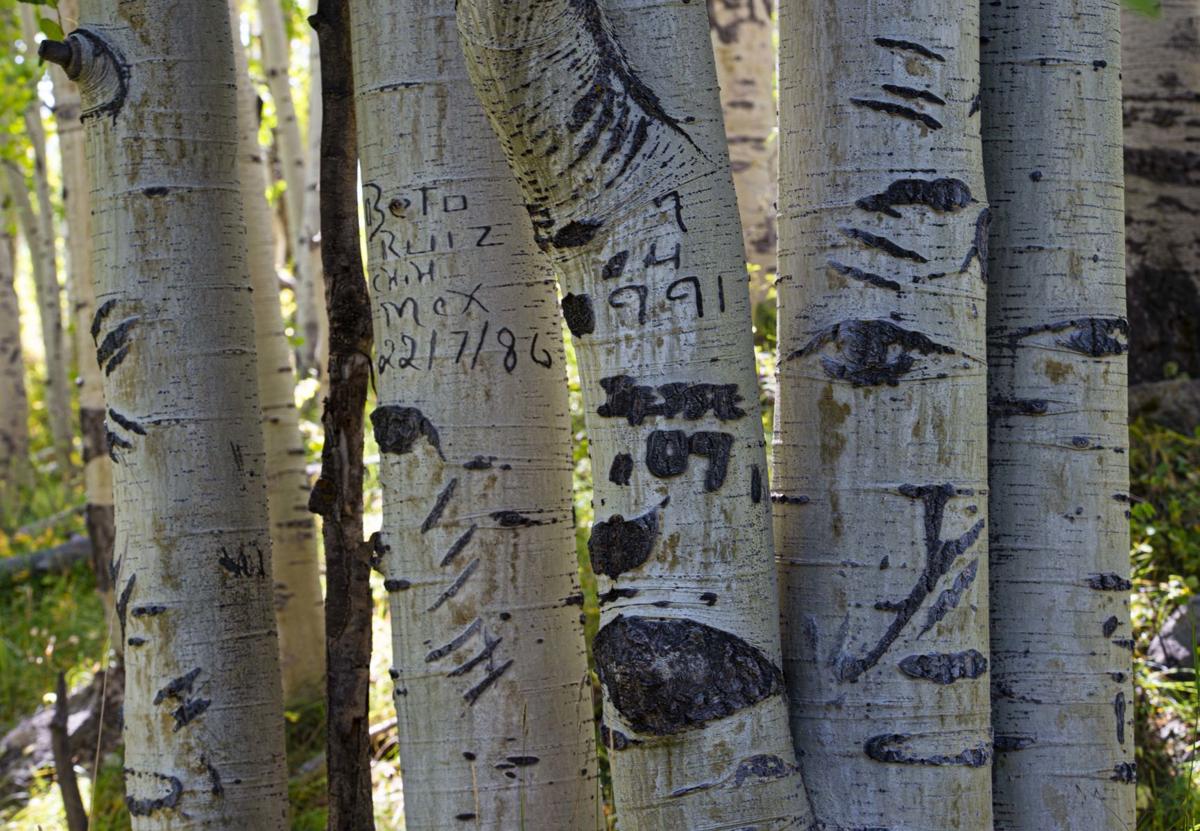 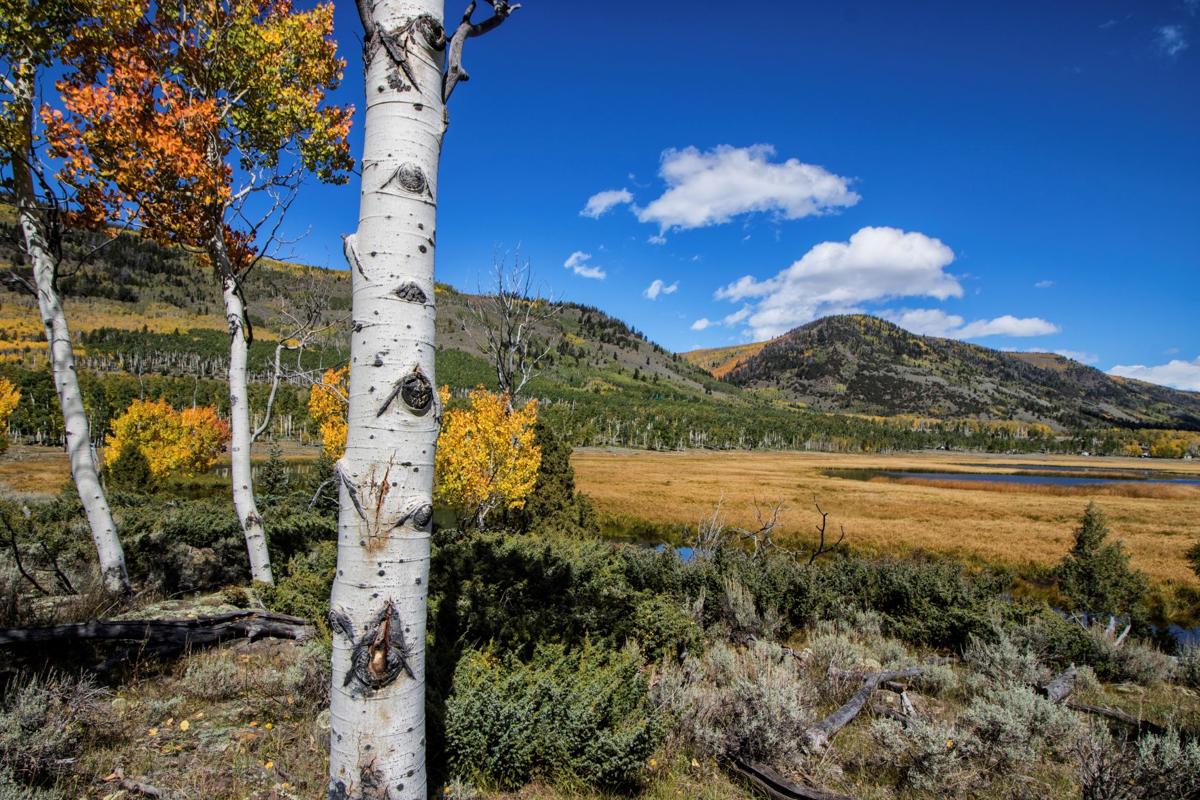 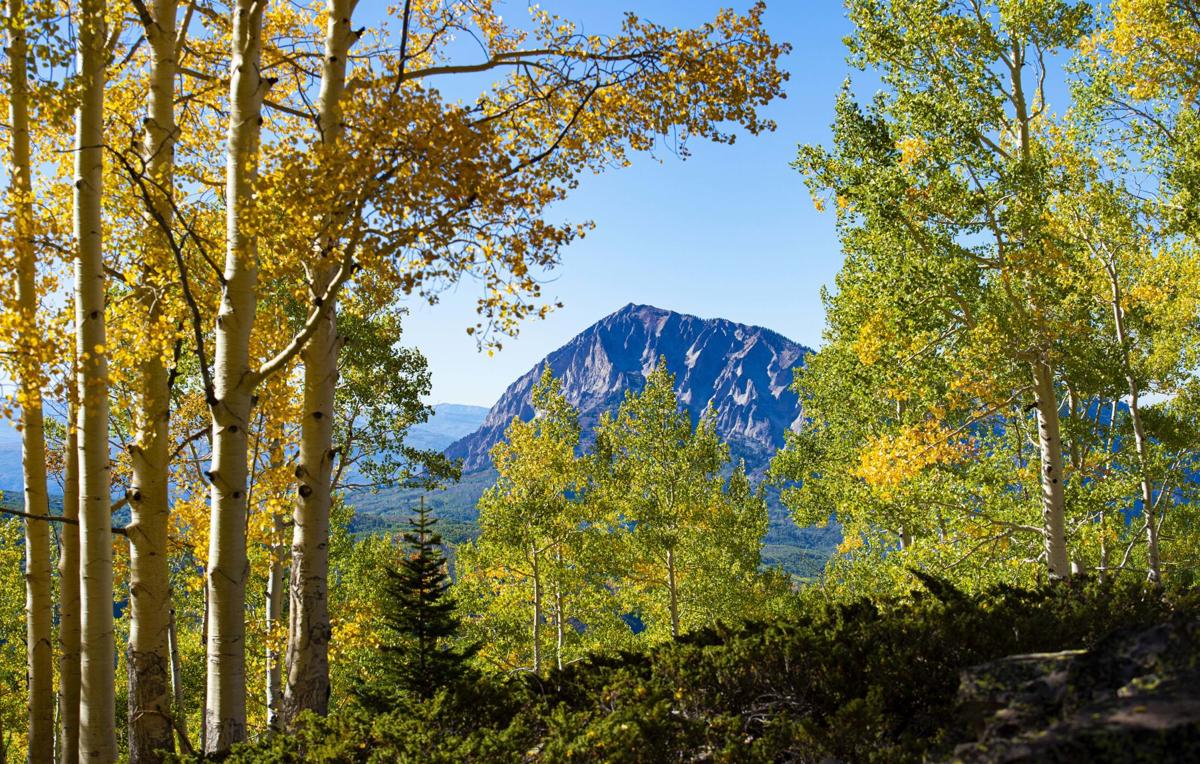 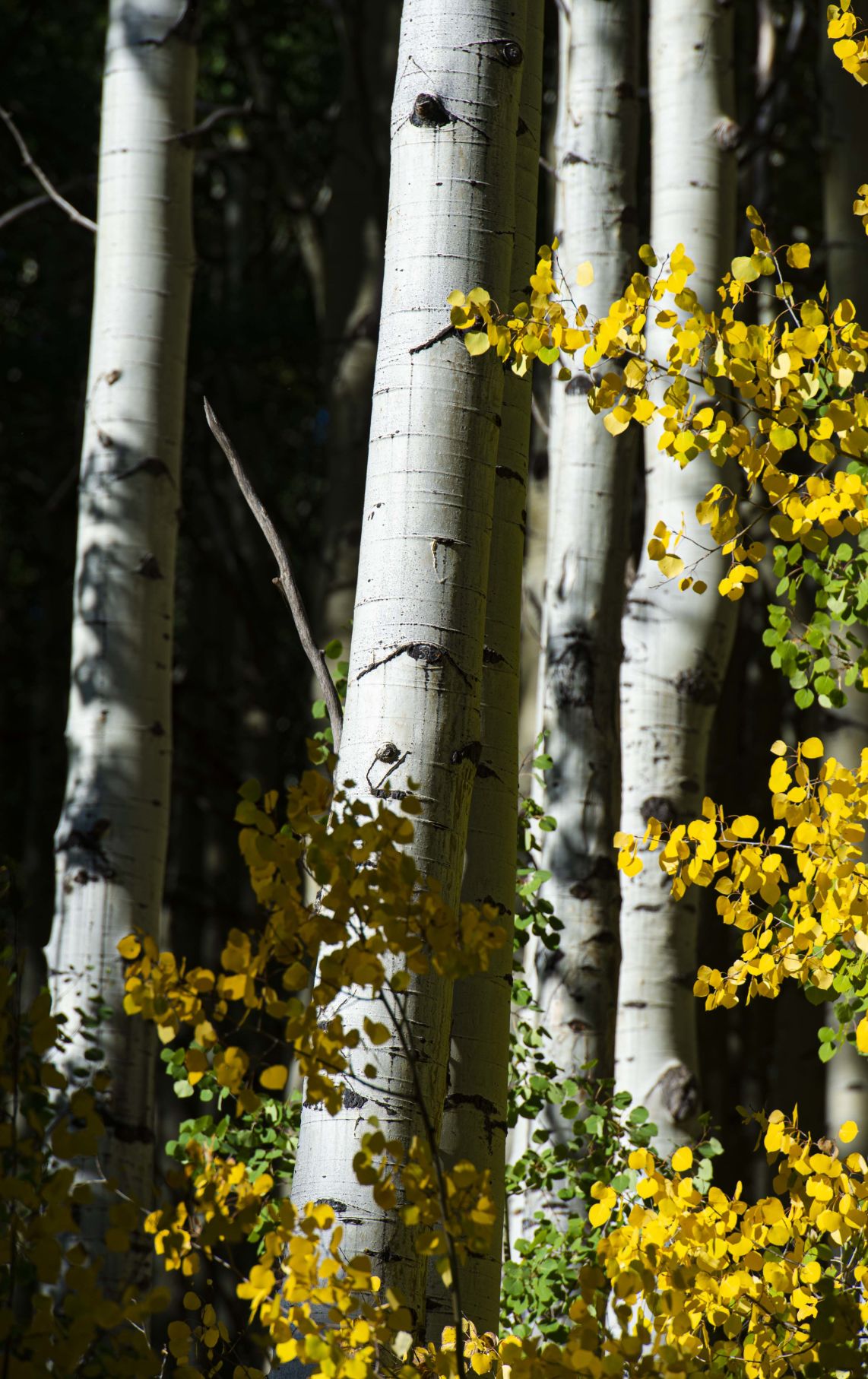 The armillaria bulbosa, aka “the humungous fungus,” had been declared the world’s largest organism. Michael Grant heard this over the radio.

Surely, the quaking aspen, populus tremuloides, was the largest. Surely, the cloning creature was being ignored here — the single root system accounting for several trees.

Jeffry Mitton, a colleague of Grant’s also specializing in the species, most certainly agreed.

Yes, it would be hard to find a clone that covered more ground. But to be considered the “largest,” weight had to be considered, and some number of trees definitely outweighed this spongy fungus.

The two set out to prove a point.

They pulled up handy data on a massive clone in Utah’s Fishlake National Forest, described in 1976. The clone reportedly covered 106 acres and contained an estimated 47,000 stems.

Imagining the clone once moving across the landscape with the glaciers, the professors came to call him Pando, Latin for “I wonder.” (Yes, Pando is male.)

They wrote in the journal Nature: “An average individual aspen shoot (stem plus leaves and branches) would easily exceed 100 kg in mass while the accompanying root system would probably exceed 30 kg.”

So for Pando, they reasoned approximately 6 million kilograms — 13 million pounds.

The blue whale and giant sequoia had nothing on that, they wrote. Nor did some “humungous fungus.”

They concluded: “Quaking aspen, the most widespread tree species in North America, can now take its rightful place as an acknowledged giant among giants.”

And that was that, they figured. “A fairly light argument,” Mitton figured, one made in a few paragraphs.

“And yet, within the next two or three years, (Pando) was in about 50 different newspapers. It was on radio programs. We got sick and tired of being interviewed about it.”

Pando is still all the rage. Just see the headlines from last year. “The Most Massive Organism on Earth,” The New York Times called him. “The World’s Largest,” Forbes put it.

That title is probably wrong. The now-retired professors who popularized Pando are the first to say so.

They maintain aspen to indeed be the planet’s biggest single organism. But the biggest clone? The previous research on Pando simply made him a convenient proxy for their quick case.

So with Colorado’s forests being the most aspen-concentrated in the Lower 48, might the biggest actually be somewhere here?

“There’s never been a systemic search that I’m aware of for the largest aspen clone out there. There’s a fair chance that another one would be found at some point,” he says.

“However, it’s sort of a needle-in-the-haystack prospect. And we just don’t have a great mechanism, we don’t know where to look, and it would probably take a huge effort. So it boils back down to: What’s it worth, and what’s it all about?”

Probably not worth the cost or manpower, experts agree. “Doesn’t seem likely to be fruitful and is almost certainly not good science,” Grant says. “We don’t need to one-up Utah.”

And yet, Coloradans have tried.

Kebler Pass has become the unofficial contender. The 30-mile stretch west of Crested Butte looks impressive all right, with fall gold rolling as far as the eye can see.

But, says Mitton: “That doesn’t mean a single aspen clone goes for miles and miles.”

He glances at a famous John Fielder photo — perhaps one that contributed to Kebler’s reputation. The shark teeth-like promontory known as the Dyke scrapes the sky above a multicolored canopy, different shades of green, yellow, orange and red all clustered at different heights, all growing, seemingly, as separate brothers and sisters. “I suspect those are different clones,” Mitton says.

But that’s just one snapshot of an immense forest. Could a mighty clone spring elsewhere on the pass? Or, perhaps more likely, elsewhere in the state?

The question is likely to linger with more pressing matters facing aspen.

One is the phenomenon known as sudden aspen decline. A thin shield of bark has always made stands susceptible to parasites and disease. But the U.S. Forest Service reports that in this century whole swaths have been observed healthy one year, dead and dying the next. The agency suspects warmer temperatures are making the trees more stressed and vulnerable.

Man-made climate change is seen as a grim factor. But there are others, Rogers explained — others causing the death of the globe’s largest known organism.

Pando is the victim, too, of mismanagement, Rogers determined in a study released last year. Where hunters and predators once diminished them, deer have rampantly chomped away saplings. Cattle have been allowed to graze, further trampling the clone’s attempt at regeneration.

The result: a village without youth for the future.

And that, he says, is what matters.

For a video of the changing colors on Kebler Pass, go to gazette.com

Peak fall colors have arrived in Colorado. Here's where to see them.

After a bit of a delay, peak fall colors have arrived in Colorado.