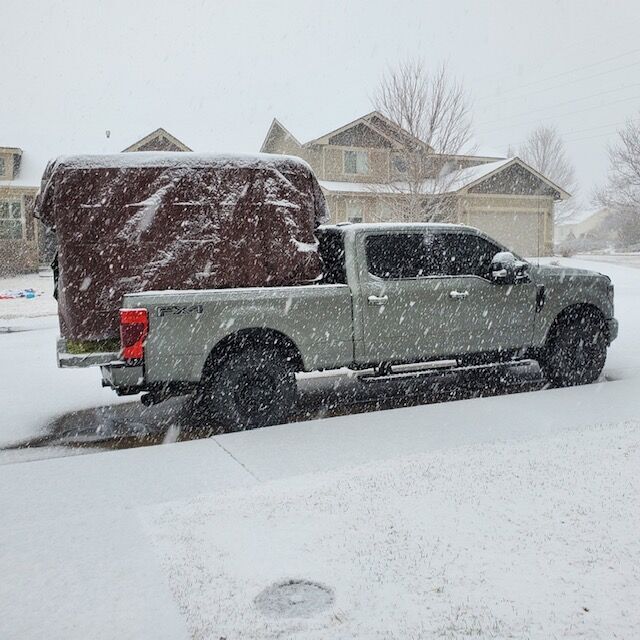 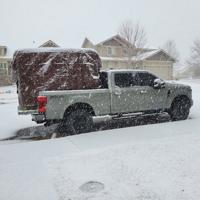 Randi Timmons and her Ford 350 are seen on the way to help feed animals relocated by the Marshall fire with a load of hay donated by Facebook friends. 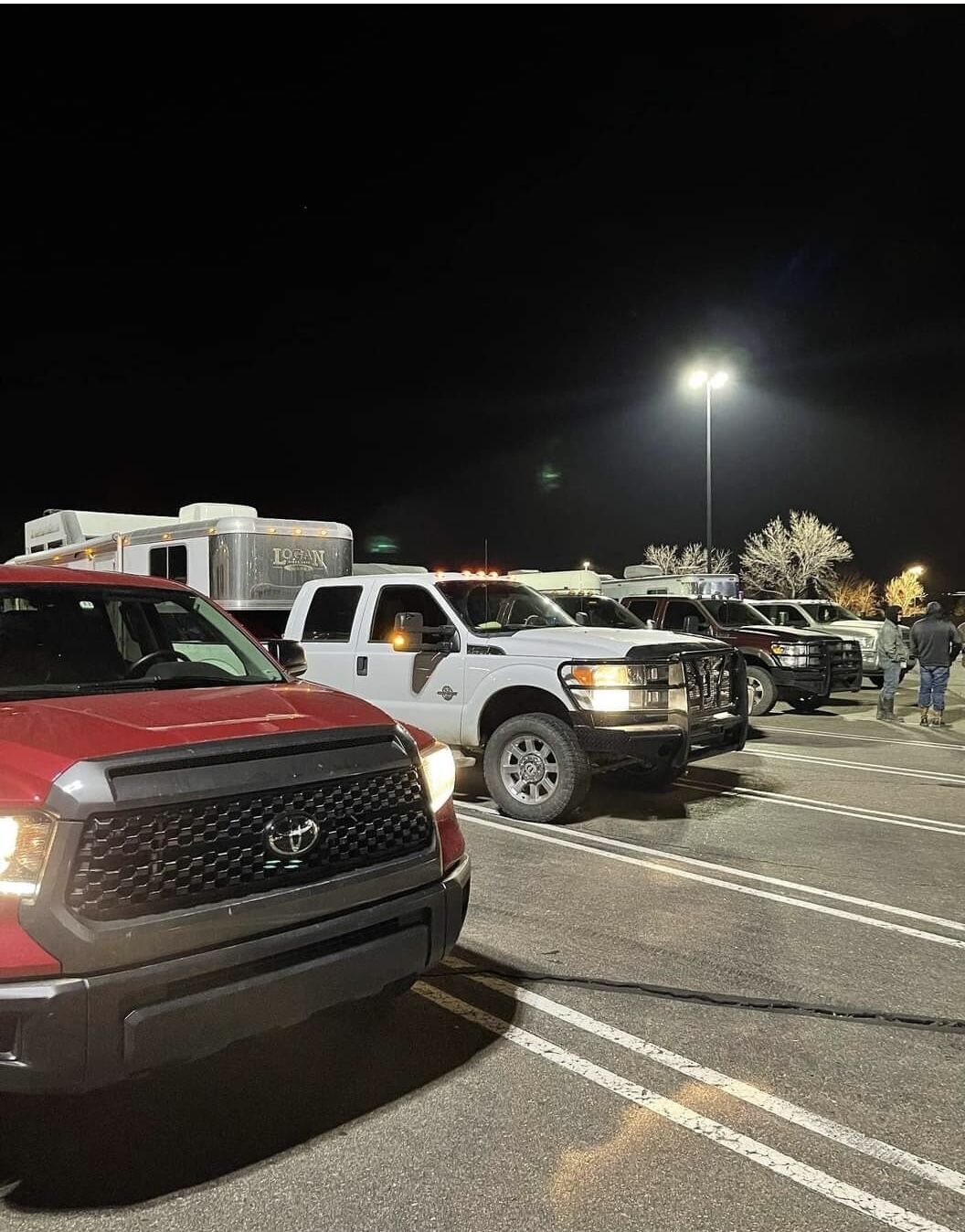 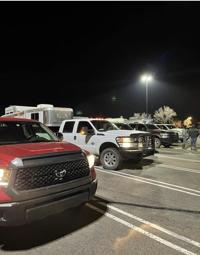 Trucks and trailers wait at Boulder County’s Flatirons Mall for assignments to save animals threatened by the Marshall fire.

Randi Timmons and her Ford 350 are seen on the way to help feed animals relocated by the Marshall fire with a load of hay donated by Facebook friends.

Trucks and trailers wait at Boulder County’s Flatirons Mall for assignments to save animals threatened by the Marshall fire.

As the Marshall fire grew, the Facebook posts flew.

“For the small/growing fire on Middle Fork Road, please let me know if you need to coordinate horse evacuation. Currently it is 40 acres or so," someone posted on social media just before 11:30 a.m. Thursday.

Followed by, “I NEED HELP! Fire close to the barn. Need to evacuate 30 horses now!!”

As 100 mph wind gusts drove the fire across dry pastures, cries of panic on social media were answered with reassurances of stalls, gooseneck trailers and meadows.

Laura Rogers Greenstreet’s truck and trailer rolled into a mall parking lot in front of a red Macy's sign along with dozens of other trailers.

“Most of the efforts were grass roots earlier in the day,” Rogers Greenstreet told The Denver Gazette.

From the mall, an organized movement fanned out to save Boulder County's large animals. Overnight heroics included helping a woman in a wheelchair who runs a therapeutic riding center.

“Her name is Joan and she runs this barn with 55 horses. And tons of people showed up last night while I was there loading. We had a line of trailers waiting to get her horses out,” Rogers Greenstreet wrote on Facebook Messenger.

The Greeley barrel racer thought about what her Ford F350 and an empty horse trailer sitting idle in the pasture could do. And winter was coming.

“There's a snowstorm headed for Colorado tomorrow,” she wrote in a plea for hay. “Great news for fighting the fire, bad news for all of the animals that have been displaced.”

Instead, money started pouring into her mobile payment account on Venmo, no questions asked, from as far away as South Dakota, Wyoming and Texas.

On Friday morning, she had $225 in cash waiting in her account from friends and strangers. By midday, she had raised around $1,100. Timmons spent $460 on grass hay bales at Esh Ranch in Nunn. She’s waiting to see how best to spend the remaining $600.

“There are people in Iowa who want to ship hay,” said Timmons, who on the last day of a tough year was still looking for hungry animals but heartened by her ranching and farming community.

“I’ve never done a fundraiser,” she said as she took pictures to send to her donators.

As for those three endangered horses?

An updated post popped up on the now 3,000-member “Horse Evacuation Boulder Fort Collins Fire” site at sundown Thursday: “Edited, 4:43, these 3 horses are being loaded up RIGHT NOW, safe!”

As of Friday there have been no casualties as the Marshall fire continues burning through southeast Boulder County, a feat Sheriff Joe Pelle…