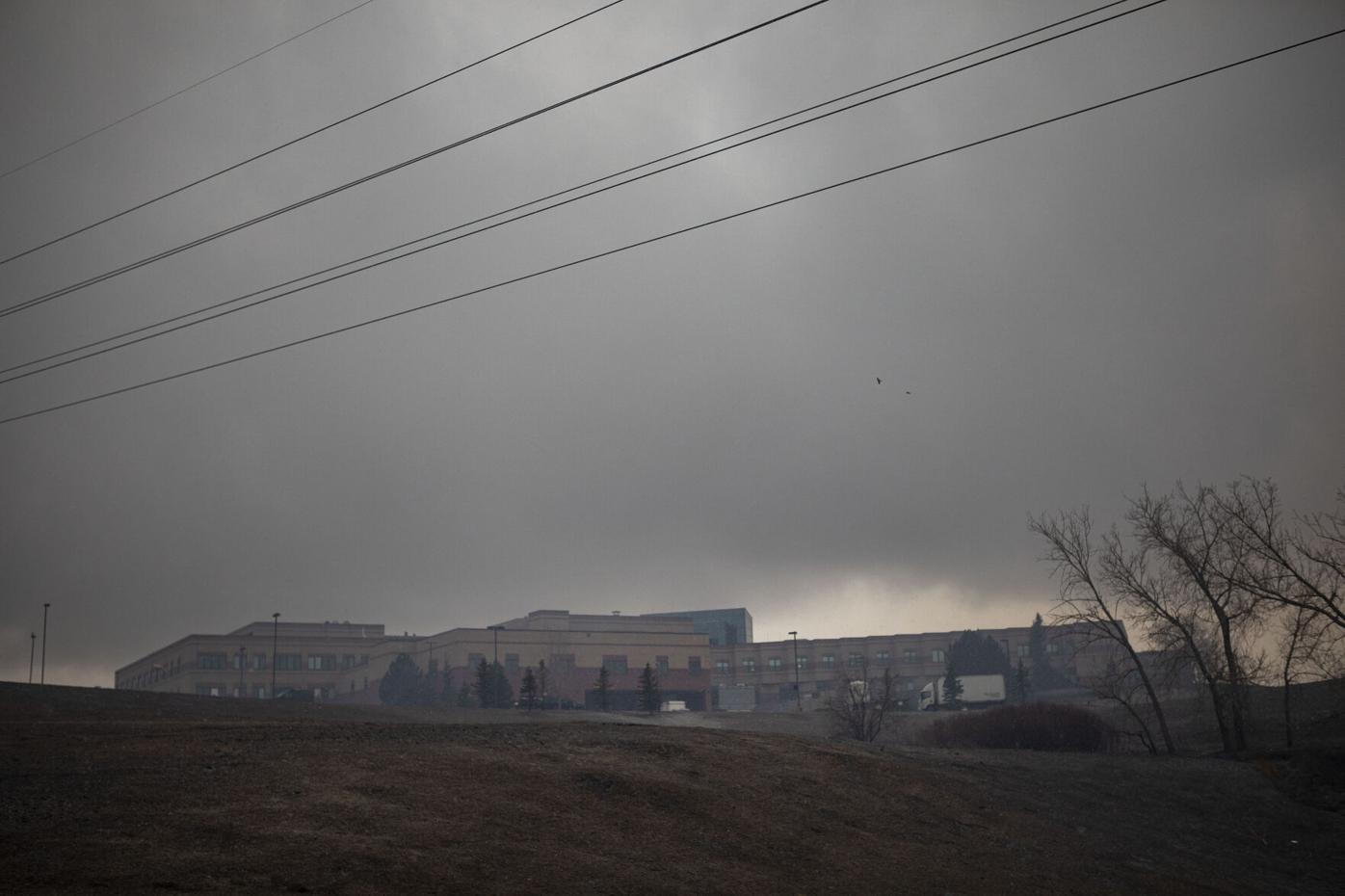 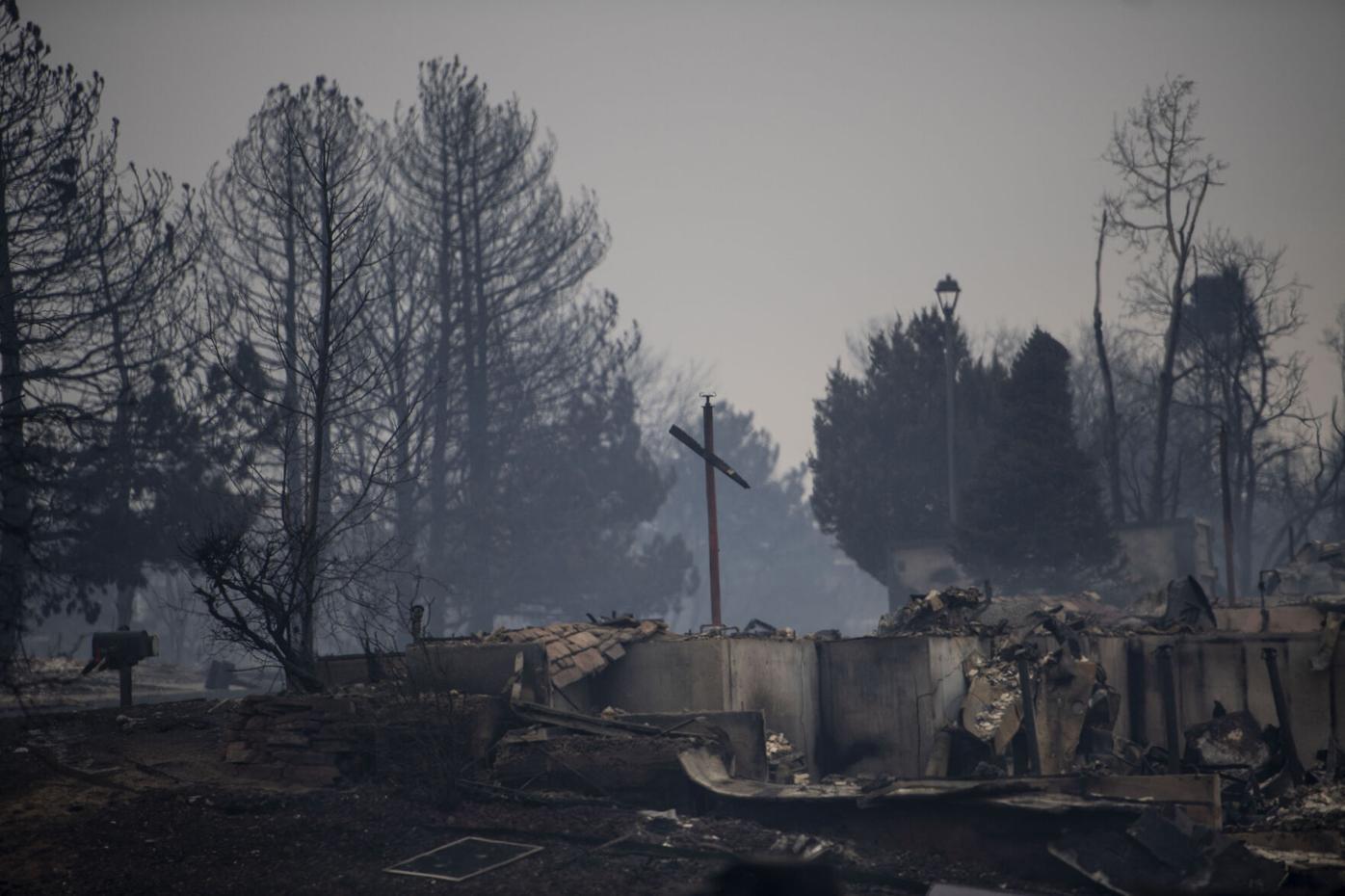 The aftermath of the Marshall fire in Louisville, Colo., on Friday, Dec. 31, 2021. The Marshall fire ripped through Boulder County fueled by high-winds on Thursday.(Chancey Bush/ The Gazette)

At the same time first responder Mark Daugherty took on directing the evacuations of two hospitals threatened by ferocious fires Thursday, flames raged within a quarter mile of his family’s Louisville home.

Between efforts to evacuate Avista Adventist Hospital in Louisville and later the Good Samaritan Medical Center in Lafayette, Daugherty — a firefighter and the EMS chief for the North Metro Fire Rescue District — went to his house to gather a few personal possessions and save the family’s two cats, Eva and Aspen. His wife and children had already made it to his parents’ house in Erie.

He left Good Samaritan that night feeling certain his house was gone. A house about 1,000 feet away from it burned. But by a stroke of luck, the fire moved south and north, missing their home.

While knowing how fortunate he and his family are, Daugherty said, “knowing upwards of probably 600 families don't have homes today is a difficult thing to swallow as well. Why's that neighborhood the one that's just absolutely destroyed? Or why is that house destroyed, and other neighborhoods not, you know?”

Thursday's Marshall fire is Colorado’s most destructive blaze ever, measured by structures burned. Fueled by 100-mph winds, it has destroyed nearly 1,000 homes and businesses in Superior and Louisville, according to estimates Boulder County Sheriff Joe Pelle said Saturday were not a final tally but were "very close" to final.

A spokesperson for the North Metro Fire Rescue District, which covers Broomfield, Northglenn and unincorporated areas of Adams, Boulder, Jefferson and Weld counties, said all units provided assistance for the fires Thursday, but were demobilized Friday morning. Boulder County’s Office of Emergency Management told The Denver Gazette they did not have information on the exact number of fire rescue workers called in to assist or a comprehensive list of the agencies providing aid.

Denver Fire Department spokesperson Capt. Greg Pixley said the agency ended up providing about 18% of the total aid request for more than 40 fire engines from the fire’s incident commander.

Pixley said none of the department’s firefighters were injured Thursday.

“We’re lucky that not a firefighter was injured in the efforts yesterday, with all the flame. It’s incredible.”

Fire eventually wrapped around Avista’s building, coming within feet. The facility will remain closed for the foreseeable future because of smoke damage, the hospital says.

“I can't emphasize enough the coordination that it takes to make something like that happen,” Daugherty said.

Though Daugherty has trained to evacuate hospitals, he hadn’t had to do it before in his 16 years as an EMS. And the response Thursday came with a lot of uncertainties: Uncertainty about exactly from which direction the rapidly growing fire could be approaching Avista. Difficulty finding enough beds and specialty resource capacity at other hospitals because of Good Samaritan’s large size and the health system's already strained capacities because of the COVID-19 pandemic.

“As a paramedic, there's only so many things you can train for. You can think a lot of things through, and you can do a lot of things in a simulation setting, but you can't always do every procedure on a real patient before it actually is the call where you're the lead paramedic, and you have to pull the trigger,” Daugherty said.

But experiences with smaller incidents “then informs the next decision, and gives you this little bit of power and confidence as to how you're going to deal with it next time.”

He added the need for so much interaction with hospital systems because of the pandemic has helped paramedics stay in tune with intricacies of the hospitals’ operations.

Pixley spoke generally to The Denver Gazette about training for firefighters to cope with trauma. He said they especially can struggle with a feeling of helplessness that comes with having to make choices about what to save when fighting a blaze.

He added, “Frefighters live in the same areas that these tragedies take place. And when your sister or brother loses their home, that stress, in addition to the efforts that we put into trying to save homes, can be overwhelming.”

Pixley said over the course of nearly 37 years as a firefighter, he has seen increased awareness of the need for rescue workers to take care of their mental health as much as their physical health.

“Had I not known my wife and kids were at my parents’ house safe, it would have been a very different story. I think it starts to pull away from your ability to function sometimes. And fortunately, I was in a good position during the day,” he said.

Why the Marshall fire in Boulder County was so devastating

The How and Why of the Marshall Fire Disaster