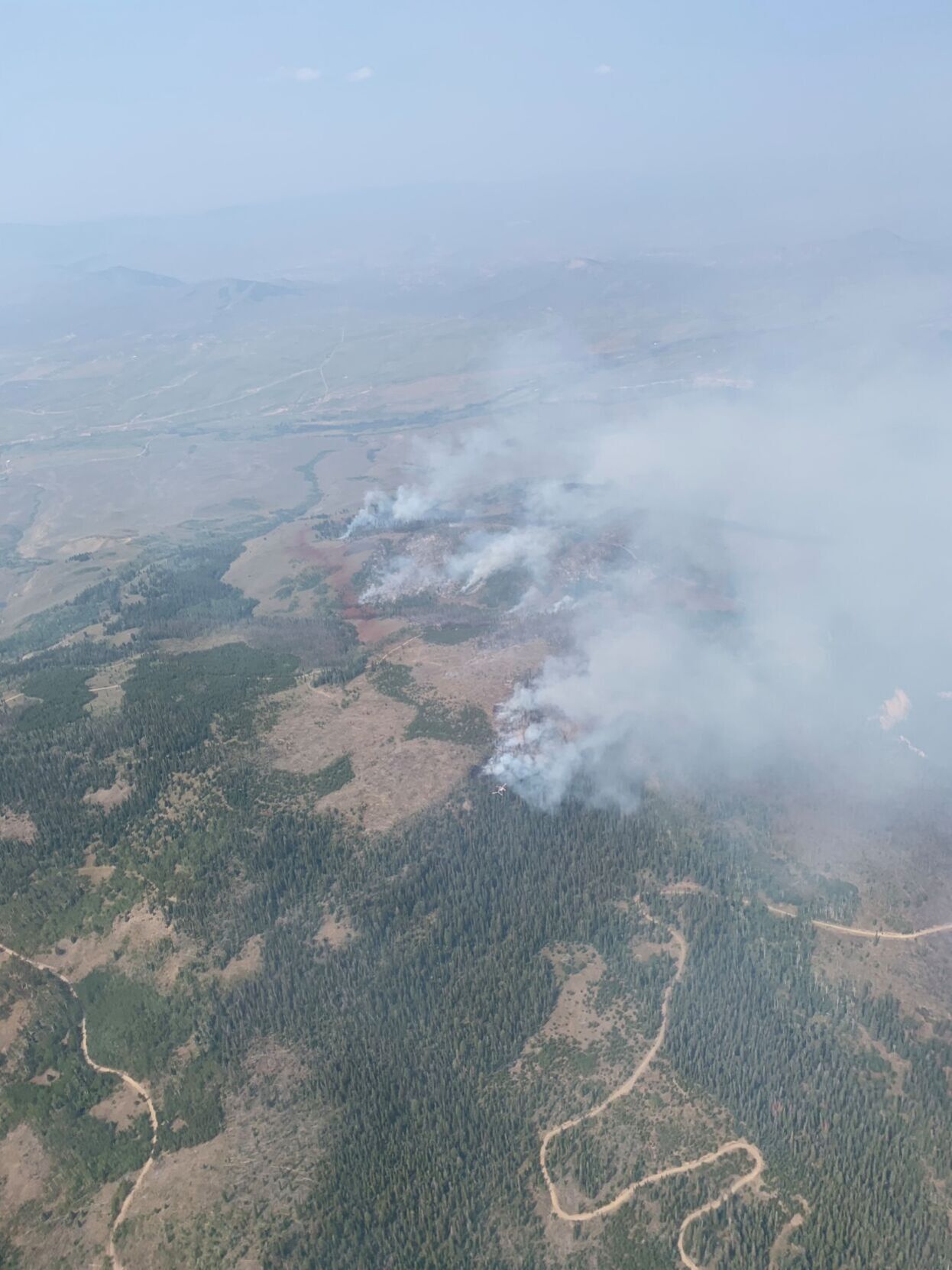 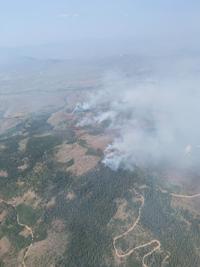 The Black Mountain Fire had burned nearly 400 acres in Grand County as of Tuesday evening. 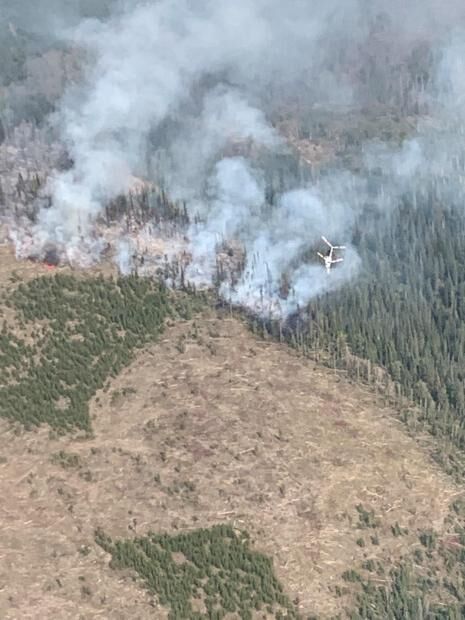 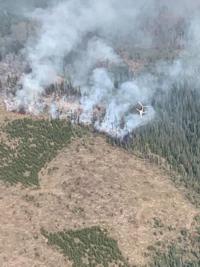 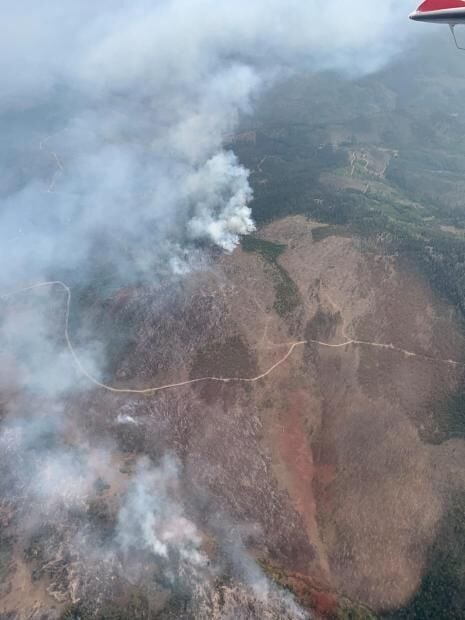 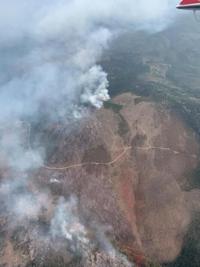 The Black Mountain Fire had burned nearly 400 acres in Grand County as of Tuesday evening.

The Black Mountain fire burning in Grand County more than doubled in size Tuesday, reaching nearly 400 acres by the evening, according to the U.S. Forest Service.

The fire has burned 393 acres as of 6 p.m. Tuesday. This comes after, on Tuesday morning, the fire was only 170 acres, the Grand County Sheriff’s Office said.

Officials said the rapid increase in size is because the fire burning through heavy timber in the high, remote area, in addition to more accurate mapping using aircraft to fly over the fire.

The fire started Sunday at 12:50 p.m. on Black Mountain off County Road 2 west of Slide Mountain, the sheriff’s office said. That is about two miles west of the 2020 East Troublesome fire burn area and just northeast of Kremmling.

Crews said the fire is moving south and southeast with increased winds. The cause of the fire is still undetermined.

As of late Tuesday night, 143 people from several crews were working to fight the fire. The response also included numerous fire engines, helicopters and retardant planes.

“Our strategy is full suppression on this fire,” said Incident Commander Blake Creagan. “To develop containment lines utilizing roads, natural barriers, the fire scar from East Troublesome, any water features that we can use.”

Creagan said the fire is holding within the lines of retardant being dropped by aircraft. He said this buys the incident management team more time to strategize.

Since the fire started Sunday, the area has suffered extremely dry conditions, exacerbating the fire’s growth. However, remnants of Hurricane Nora are expected to hit western Colorado on Wednesday, bringing heavy rains and possible flash floods, according to the National Weather Service.

This moisture could assist crews in fighting the fire. Smoke from the fire can be seen from Grand Lake, and Boulder and Larimer counties, according to the National Weather Service.

The areas around Country Road 21 and Corral Creek are under a pre-evacuation order, the sheriff’s office said. Residents were asked to gather their personal belongings and be ready to leave. County Road 21 and Highway 40 have also been closed.

“We are monitoring the conditions in this area very close,” said Grand County Sheriff Brett Schroetlin. “It is a constant reminder to our citizens about what occurred last year.”

The fire comes as Colorado is nearing the one-year anniversary of the East Troublesome fire, which started on Oct. 14 and burned nearly 200,000 acres before being extinguished on Nov. 30.

The East Troublesome fire was the second-largest wildfire in Colorado’s history, bested only by the Cameron Peak fire, which burned more than 208,000 acres from Aug. 13 to Dec. 2, 2020.

Flash flood watches have been issued for several areas in western Colorado Wednesday as the remnants of Hurricane Nora move toward the state.