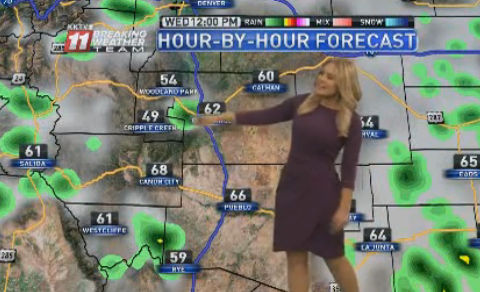 Scattered showers are anticipated throughout Wednesday in the city, with thunderstorms possible bringing heavy rain and small hail, according to Emily Roehler, meteorologist with Gazette partner KKTV. 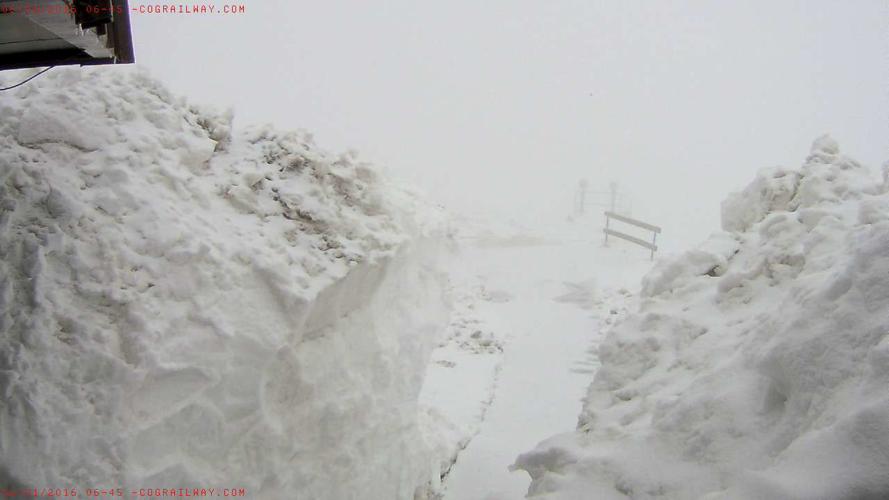 Scattered showers are anticipated throughout Wednesday in the city, with thunderstorms possible bringing heavy rain and small hail, according to Emily Roehler, meteorologist with Gazette partner KKTV.

Don't put the umbrellas away just yet.

Scattered showers are anticipated throughout Wednesday in the city, with thunderstorms possibly bringing heavy rain and small hail, according to Emily Roehler, meteorologist with Gazette partner KKTV. The stronger weather probably will stick to the mountains, but the I-25 corridor probably is going to stay wet throughout the day, she said.

The corridor could see another half-inch of rainfall Wednesday, but the rest of the city will see less, Roehler said.

"It doesn't look like it's going to be as heavy and widespread as yesterday," Roehler said. "The heaviest rain will be around I-25 and then dying as it moves east."

The biggest rain impact will hit the city between 3 and 6 p.m. and move into the Pueblo area between 4 and 7 p.m., Roehler said.

Some areas are already feeling drenched after Tuesday's steady rainfall.

The Pueblo airport recorded about 1.03 inches.

Rainfall was heaviest along Highway 50 and south.

La Junta received 1.55 inches of rainfall, according to Makota Moore, meteorologist with the National Weather Service in Pueblo. That area could see another half-inch to 1.5 inches by the end of the day Wednesday, he said.

Forecasters say they're keeping an eye on burn scar areas, but so far those areas have held up to the elements.

"Rainfall was slow and steady," Moore said. "It was able to handle it."

Neither Moore nor Roehler is anticipating flooding issues in burn scar areas, but Roehler said issues could continue to creep up in the low-lying areas of the city.

That was seen Tuesday when the Colorado Springs Fire Department rescued a homeless man and nine other homeless people caught by heavy rainfall and high water under a bridge near America the Beautiful Park just before 8 p.m. One man was treated for hypothermia, the department said.

But the good news: Things will start drying out as of 10 p.m. Wednesday and continue that trend heading into the weekend, Roehler said. Residents should wake up to sunny conditions on Thursday and again Friday, she said.

The highs are predicted to be 62 and 68 degrees, respectively.