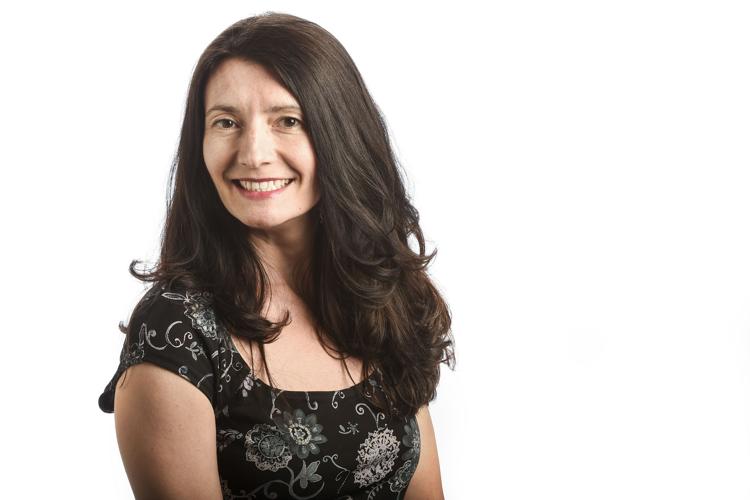 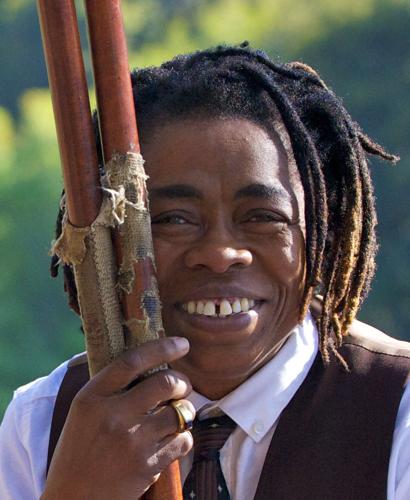 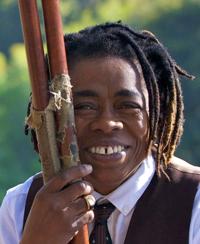 Vocal activist Melanie DeMore has a personal motto: "I use my voice as a weapon of mass connection."

The longtime singer is a big believer in the power of music to bring people together and create that connection humans naturally crave. She'll hold two events - a community sing and a stick-pounding workshop - on Sept. 22-23 at First Christian Church. Registration is required for the workshop.

"I think about songs as food, as nourishment," DeMore said in a phone interview. "Everybody, no matter what culture they're from, there's some sort of song that reminds them of who they are and makes them feel grounded."

The patchwork of DeMore's background is colorful and rich. After majoring in music at the University of the Incarnate Word, a Catholic university in San Antonio, she went on to become a founding member of the Grammy-nominated vocal ensemble Linda Tillery and the Cultural Heritage Choir, which focused on African-American roots and folk music.

She's performed at Carnegie Hall, the John F. Kennedy Center for the Performing Arts and at folk festivals around the globe, and she has shared the stage with notables including Gloria Steinem, Odetta, Pete Seeger, Judy Collins and Ani DiFranco. She performs solo, does residencies with choirs around the country and teaches her program "Sound Awareness" to elementary school kids, midlifers and senior citizens.

"That night in the big concert the singer and songwriter Melanie DeMore led the audience in singing 'Amazing Grace.' You loved the communal spirit; you wished you could have heard more of a solo rendition from the soulful Ms. DeMore," wrote James R. Oestreich in a 2011 New York Times story about a series of concerts observing the 10th anniversary of Sept. 11.

Everybody is welcome at the community sing, even if they harbor no vocal talent or have never sung out loud. Regardless of political affiliation, cultural background, age, race or sex, all can show up and blend their voices to create a tiny colony of heart-seeking folks. Attendees won't know the songs ahead of time, as DeMore goes with whatever feels appropriate in the moment.

"It's all about tightening the weave of community," she said. "Everybody's got a place at the table. If you're breathing, you're part of it. Right now, especially in these times, we need more opportunities to be together with each other."

DeMore spent 18 years singing with the Linda Tillery and the Cultural Heritage Choir, performing old slave songs, moans and hollers - the tunes at the root of American music - brought to the Gullah South Sea Islands, off the coast of Georgia and South Carolina, by people from Sierra Leone in West Africa. The West African cultural tradition included stick pounding - slaves turned their quarters into a drum by pounding on the floor.

DeMore has embraced the tradition and endeavors to teach as many people about it as she can.

"I'm the only person who does large pieces that have as many as 250 people pounding at the same time," she said. "It's part of a sacred tradition, not a religious tradition. I take people on a little bit of a journey. I want people to taste it."

The workshop will focus on singing, stick pounding, foot stomping and hand clapping. Once again, attendees don't need to be master drummers or musically inclined. She's also pounded with folks in chairs and makes it possible for everyone to participate.

"You think about all the great movements in this country, like songs of the civil rights, songs the people sing in church or to each other," DeMore said, "and all of these things make you feel connected when you feel disconnected."