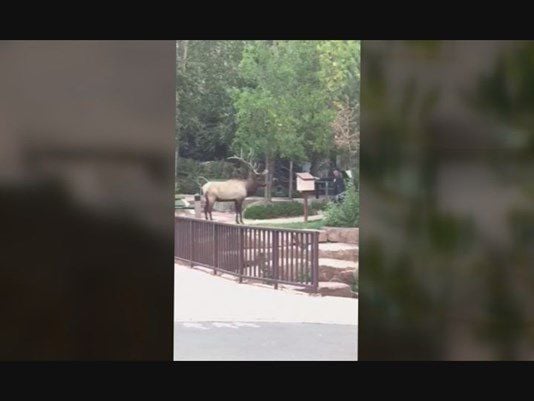 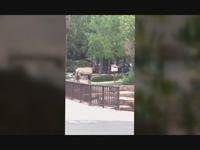 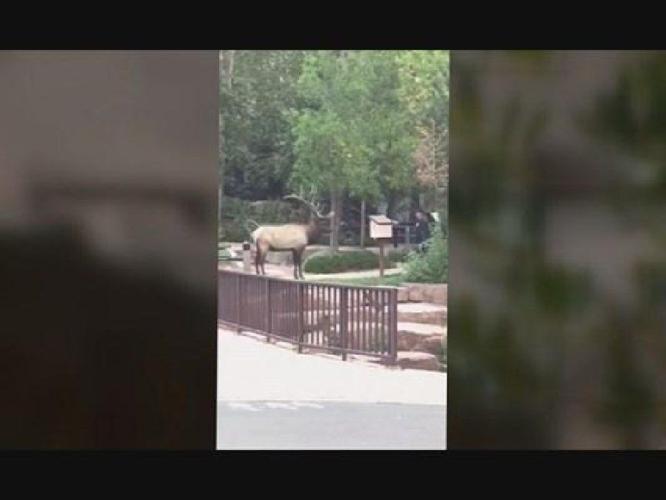 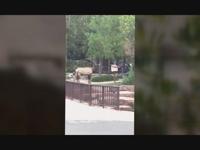 KUSA - Colorado Parks and Wildlife officials say they had no choice but to kill a bull elk that injured two women in Estes Park Thursday morning.

The same elk had a history of aggressive behavior and was tagged last year, according to CPW.

Cynthia Thate was hiking on Thursday and walked through Performance Park, which is near downtown Estes Park. Near the bridge, she captured cell phone video of a bull elk behaving aggressively towards a city employee, who used a trash can as a barrier between him and the animal.

"He was trying to keep that between them but it was pretty close," Thate said. "He could have stabbed him pretty well."