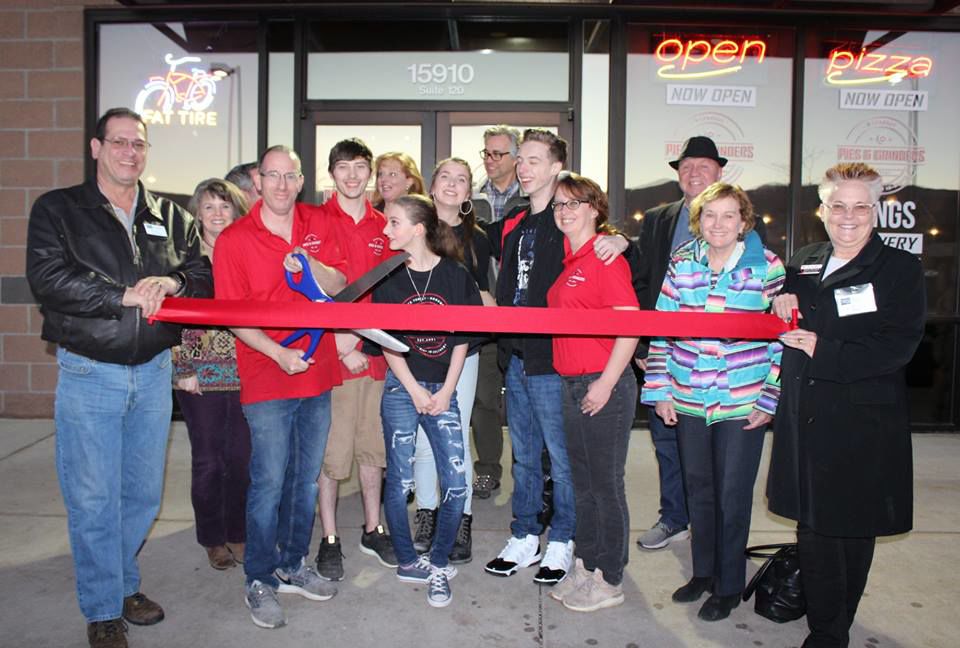 In February, Pies & Grinders staff and community members celebrate the grand opening of the shop’s Monument location, which had a soft-open in January. 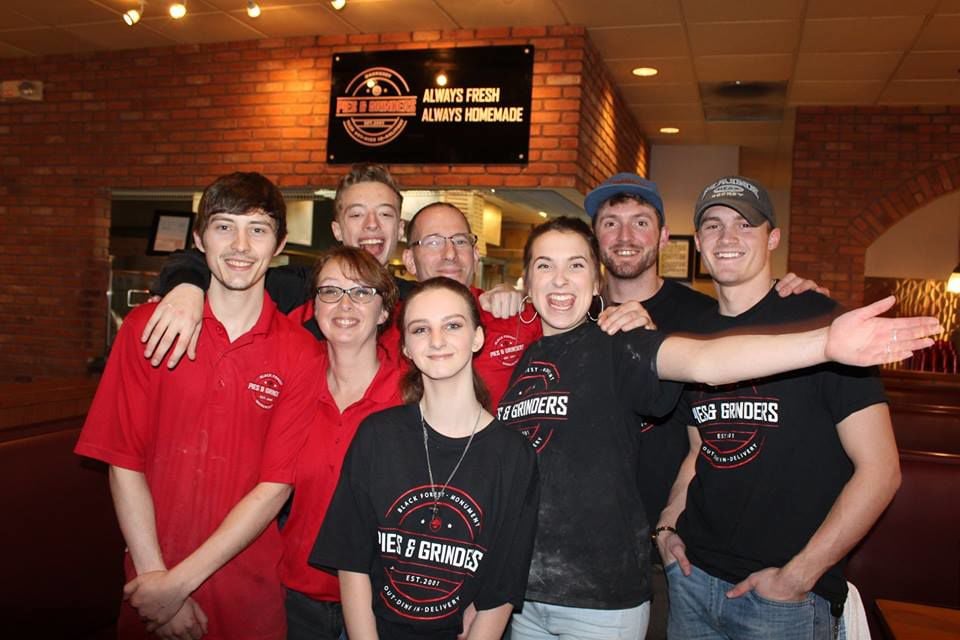 In February, Pies & Grinders staff and community members celebrate the grand opening of the shop’s Monument location, which had a soft-open in January.

The Tri-Lakes Business Buzz highlights the local economic scene, promotions, acquisitions and expansions. Contact Breeanna Jent at breeanna.jent@pikespeaknewspapers.com or 476-4825 for the chance to be featured.

Daniel Dreyfuss knows New York style pizza well, and he also knows business. It’s why in 2001 he and wife MaiLe Dreyfuss opened up the original Pies & Grinders location on Black Forest Road, and why, after years of success, in January they opened a second shop in Monument.

The restaurant boasts authentic New York pizza and grinders, salads, wings and a plethora of fried appetizers and desserts.

“I’ve been in the restaurant business all my life and I wanted to own my own business, specifically a pizza shop, because I’m from New York and, in my humble opinion, Colorado lacks in the way of authentic New York pizza,” Dreyfuss said.

If you build it, they will come, as the saying goes. So, he built it.

The Dreyfusses opened their first shop on Black Forest Road in 2001, before the strip mall where it’s located existed. That facility was a modest 600-square-foot cabin; it had no dining area, a tiny kitchen and a 50-square-foot waiting area where customers gathered in eager anticipation to retrieve their orders. As landlords changed, the cabins were knocked down and a strip mall built, allowing Pies & Grinders to expand into a bigger space.

But five years after first opening, Dreyfuss had to sell the business and move east to take care of his mother, who’d fallen ill. The shop changed hands a few times before the family found their way back to Colorado in 2010. As fate would have it, the Dreyfusses were able to repurchase and reopen Pies & Grinders in March 2011, in its original location.

Pies & Grinders has seen continued success through the years, opening new shops as other pizzerias close their doors. The secret to their success? Consistency, fresh ingredients and top-notch customer service, Dreyfuss said.

“Every location makes its own dough and sauce, cuts their own cheese daily and cuts their own ingredients, so you get that freshness,” Dreyfuss said.

The fact that operations remain consistent as they open new locations also lends to their success.

“I think a lot of other businesses, as they expand, move toward commissary kitchens, or use frozen dough and ingredients, or canned vegetables. That is something we will never do. We will never compromise the integrity of our food.”

There’s also the outstanding customer service. “We make sure that our guests are always happy and leave with a smile,” Dreyfuss said.

For delivery hours or to place an order, visit piesandgrinders.com.

Breeanna Jent is a multi-beat journalist who joined the Pikes Peak Newspapers staff as its editorial assistant in 2018. She has lived in Colorado Springs for four years and enjoys reading, spending time with her family and dogs, and exploring Colorado.