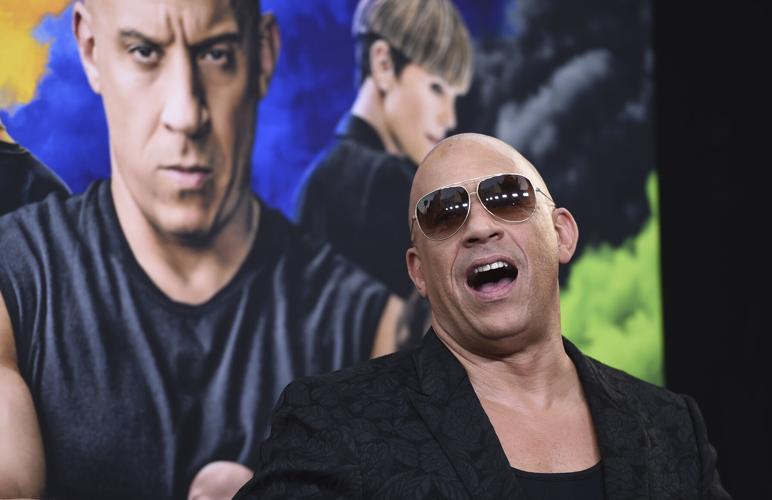 Vin Diesel arrives at the Los Angeles premiere of “F9” at the TCL Chinese Theatre on June 18.

Vin Diesel arrives at the Los Angeles premiere of “F9” at the TCL Chinese Theatre on June 18.

Remember “Star Wars: Episode IX – The Rise of Skywalker”? December 2019 sure feels like a long time ago in a galaxy far, far away.

The conclusion of the sequel trilogy came up the weekend before last because people are actually going to the movies. Who had the Vin Diesel-led “Fast & Furious” franchise (this ninth entry set in ... outer space, apparently) as the savior of movie theaters? Christopher Nolan sure didn’t.

“I think what feels best is just the idea that people are returning to the theatrical experience,” Diesel told Variety. “It feels good to say, ‘Cinema is back!’”

It’s a landmark moment as theaters reopen in full, clamoring for the audiences that have been miniscule or missing since March 2020. And the $70 million figure represents a sizable increase from the first big 2021 release, “A Quiet Place Part II,” which netted $48 million over Memorial Day weekend.

While this is a step in the right direction for the future success of movie theaters, a lot of context is needed to dissect such a step.

There’s also the elephant in the room, that pesky, inescapable nine-letter word: Streaming.

There are already numerous films releasing straight to streaming services, but that was becoming the norm before the pandemic. The difference is major studios are releasing their films onto streaming the same day they come out in theaters.

The most notable of these is Warner Bros. with HBO Max. “The Suicide Squad,” “Dune” and “The Matrix 4” would be surefire nine-figure box-office boons for Warners. Now, who knows? A month of HBO Max is cheaper than one night at the movies. Given the choice of spending less money and not leaving the house, my money’s on that over a trip to the theaters for most people these days.

This same-day strategy is supposedly going to end in 2022, but a massively successful 2021 with added subscriptions and many eyes on these films from home, coupled with worse theatrical performances, may change that.

The litmus test for the rest of the year — and the future of moviegoing — begins Friday with “Black Widow.” The long-awaited standalone story of Scarlett Johansson’s Black Widow will get the simultaneous treatment. There is one major caveat, though: Watching it on Disney+ upon release comes with a $30 “premium” price point.

The “F9” success showed promise, but it was an uphill climb for theaters before the pandemic. Now, it feels downright Sisyphean.

If there’s one thing chains and indie theaters alike can hold onto hope for, it’s that the second half of 2021 is absolutely loaded.

“Black Widow” is one of four Marvel Cinematic Universe entries coming in the final six months of the year. “Shang-Chi and the Legend of the Ten Rings” comes Sept. 3; “The Eternals,” directed by the Oscar-winning director of “Nomadland,” Chloe Zhao, is out Nov. 5; “Spider-Man: No Way Home” arrives Dec. 17.

There are money-making sequels galore across the board: “James Bond,” “Space Jam,” “GI Joe,” “Venom,” “Halloween,” “Ghostbusters” and “Top Gun.”

And that’s just scratching the surface of what has the potential to be one of the best six months of movie releases we’ve ever seen. If that glut of exciting films cannot return theaters to their pre-pandemic form, it’s hard to imagine what will.

Warner Strausbaugh is a page designer for The Denver Gazette and columnist for Pikes Peak Newspapers. Contact him at warner.strausbaugh@gazette.com.