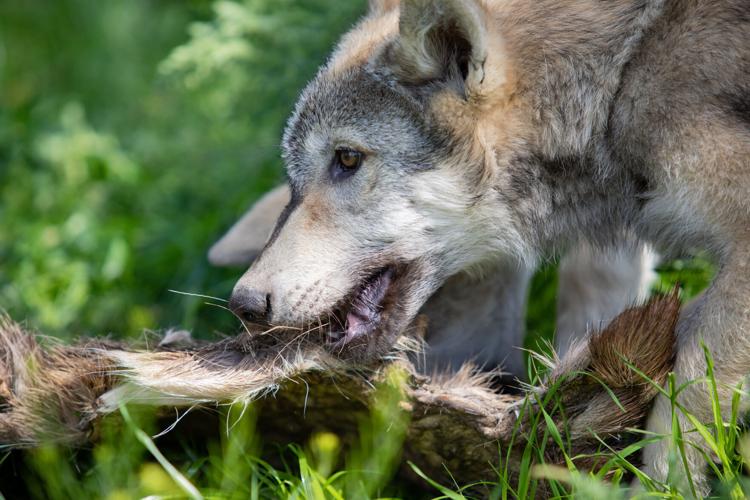 Two wolf pups chew on a leathery deer hide and roll in the grass at the Colorado Wolf and Wildlife Center in Divide, in August. 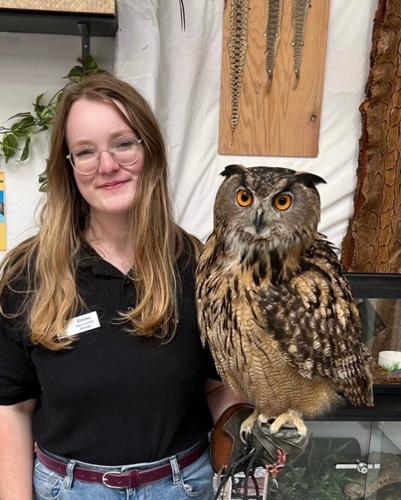 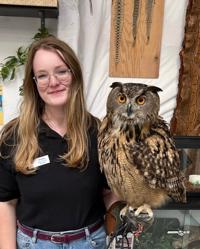 Not only do wolves and vultures share an unfortunately bad reputation, but they also appear to have a mutualistic relationship benefitting from shared habitats. Research suggests that wolves use the movement of vultures within a habitat to locate fresh scavenging opportunities.

Vultures have powerful senses, using their keen sense of smell or impressive vision to find the freshest carrion possible. Predators, like wolves, that scavenge will follow a group of vultures to locate carrion. Vultures also benefit from living near wolves, eating what is left behind of larger kills that the wolves have made.

Vultures are considered a keystone species, playing an important role in disease control within their ecosystems. These scavenging birds have highly acidic stomachs that are capable of destroying diseases including tuberculosis, anthrax, the bubonic plague, botulism and rabies.

Vultures also control diseases by limiting other scavengers in the environment that are more likely to spread diseases, like insects, rodents and feral dogs. By competing with other scavengers for carrion, vultures help prevent the overpopulation of these other species.

In areas where vultures have declined, diseases that affect humans have risen at an alarming rate. Between 1992 and 2007, vulture populations declined by 96% to 99% in India. The birds were seen as a nuisance and were pushed to the brink of extinction by elimination efforts from humans. During this period, feral dog populations increased dramatically by 7 million individuals. Feral dogs are responsible for approximately 95% of rabies cases in humans, causing an increase in the number of humans contracting rabies in the areas. Over 45,000 people died during that time period from rabies in India, causing a public health crisis in the area.

Vultures play an important role in preventing disease for a variety of different animals, especially mammals like humans. The main conservation risk for vultures is toxins in the environment. These toxins are the main reason why 88% of endangered vulture species are at risk of extinction.

The toxicants are introduced to the environment in a variety of ways, including retaliatory poisonings by humans intended to kill carnivores in the area. This often comes in the form of a whole carcass being laced with poison and left for a variety of animals to scavenge on. Although the intended target may be apex predators like the wolf, they are not the only keystone species that suffer the consequences.

In Greece, a direct relationship between the appearance of wolves and the reduction of cinereous and griffon vultures was observed due to retaliatory and preventative poisonings intended for the wolves by farmers. In the case of wolves and vultures, negative consequences will follow their disappearances from the ecosystems they occupy. These consequences will be so far-reaching that they will touch humans unknowingly depending on these animals for their own well-being

Emilee Caudill is a volunteer at the Colorado Wolf and Wildlife Center in Divide. She moved to Colorado in 2020 to pursue a degree in Zoo Keeping Technology at Pikes Peak State College. She says, “I am passionate about constantly improving the lives of animals living in human care, and giving those animals a voice to advocate for the conservation of their species in the wild.”