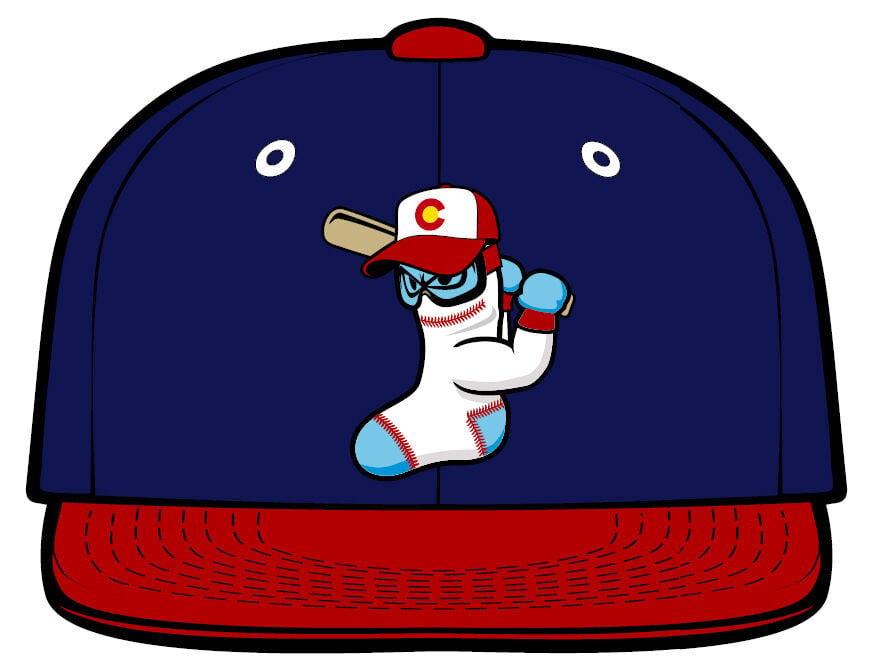 Courtesy of the Pecos League

The Colorado Springs SnowSox are scheduled to begin play on June 2 in Trinidad. They will play their home games at Memorial Park’s Spurgeon Field. 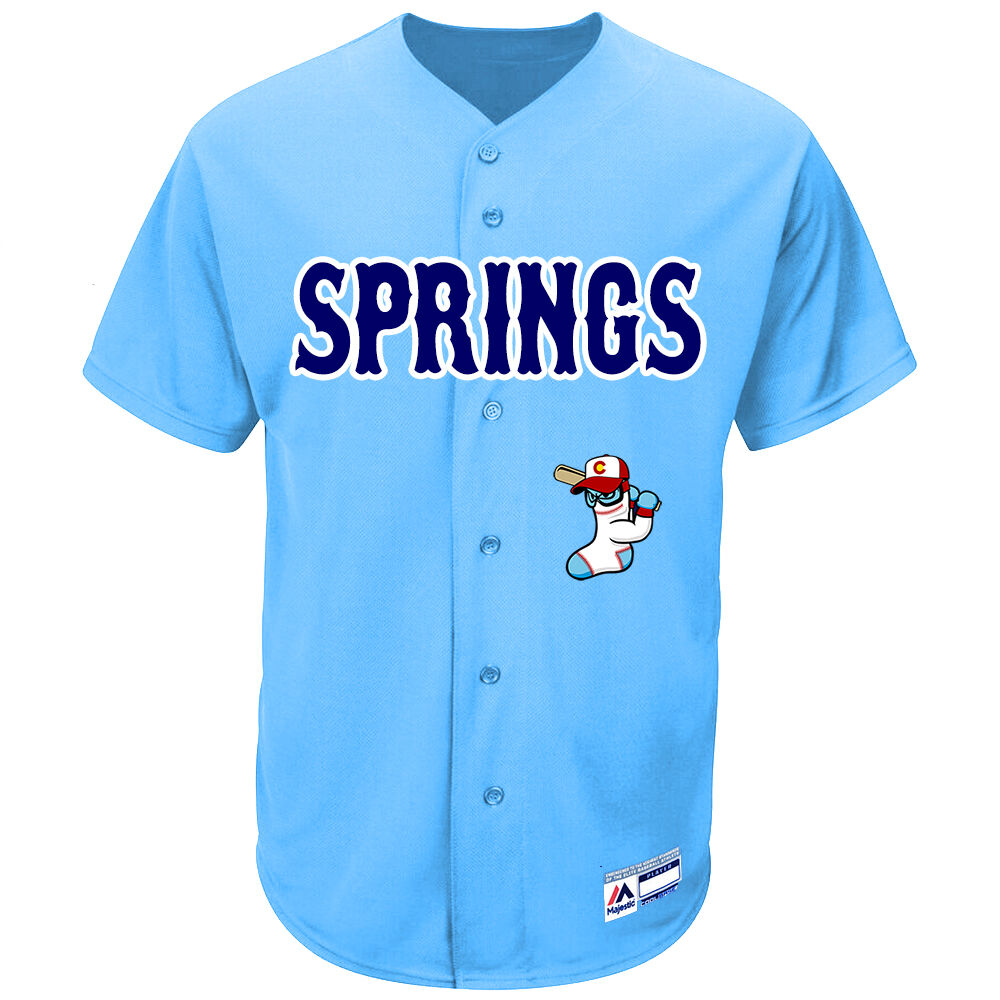 The Colorado Springs SnowSox will play their home games at Spurgeon Field. The team’s colors will be Colorado red, Colorado navy and powder blue. The SnowSox will wear red jerseys as their primary jerseys.

Courtesy of the City of Colorado Springs

Spurgeon Field will be the home of the Colorado Springs SnowSox.

Courtesy of the Pecos League

The Colorado Springs SnowSox are scheduled to begin play on June 2 in Trinidad. They will play their home games at Memorial Park’s Spurgeon Field.

The Colorado Springs SnowSox will play their home games at Spurgeon Field. The team’s colors will be Colorado red, Colorado navy and powder blue. The SnowSox will wear red jerseys as their primary jerseys.

Courtesy of the City of Colorado Springs

Spurgeon Field will be the home of the Colorado Springs SnowSox.

For 31 seasons (1988-2018), Colorado Springs was a Triple-A affiliate in the grand Pacific Coast League. Beginning this June, and for the first time in the city’s long history with professional baseball, two minor league teams will call Colorado Springs home.

Welcome back Rocky Mountain Vibes and hello to the new Colorado Springs SnowSox.

The Vibes, as many of you know, were the replacement team for the Sky Sox after team owner Dave Elmore relocated the Sky Sox to San Antonio following the 2018 season. The Vibes played just one summer — 2019 in the short season Rookie Pioneer League. They were all set to play last spring when the COVID-19 pandemic rocked the sports world, shutting down the minors.

The Vibes were dealt a death blow last summer by Major League Baseball when the powers that be decided to consolidate the minors and kill more than 40 affiliated minor league teams. The Vibes were one of them, but they were resurrected on Nov. 30 when the Pioneer League restructured itself as an Independent League.

Confused? You should be. I have been covering professional baseball — mostly the minors — since 1990 and I have never experienced anything like what has happened over the course of the last few years. For the purposes of this column, I will focus on the new SnowSox of the Independent Pecos League. We will catch up with the Vibes down the road.

I spoke with Pecos League commissioner Andrew Dunn last week about his league and how the SnowSox came into existence. The team will play its 33 home games (they will play 31 away games) at Memorial Park’s Spurgeon Field beginning June 2. The regular season is scheduled to end Aug. 5. The lone off day is July 11 for the Pecos League All-Star Game.

Single game tickets will be $7.50 and various plans will be available. The promotion schedule will be released in April and will include $1 beer night.

The SnowSox’s colors will be Colorado red, Colorado navy and powder blue. The SnowSox will wear red jerseys as their primary jerseys.

“Colorado Springs has come all the way to the bottom of the ocean with the Pecos League from where it was with the Sky Sox,” Dunn told me jokingly from his home in Houston.

The Pecos League was founded in 2010 and had its inaugural season a year later. In 2019, when most of the baseball world was shut down, Dunn was able to have a four-team league based in Houston. There are now 14 Pecos League teams for the 2021 season.

“It’s every city for themselves,” Dunn said. “This will be our 10th years in Trinidad and Roswell. Some cities have done very well.”

The SnowSox will be part of the eight-team Mountain Division that will include Trinidad (81 miles from Colorado Springs), Roswell, N.M., Santa Fe, N.M., Alamogordo, N.M., Garden City, Kan., Tucson, Ariz., and Alpine, Texas.

The six-team Pacific Division is based in California and has teams located in San Rafael, Martinez, Santa Cruz, Monterey, Wasco and Bakersfield.

I reached out to a former California League colleague of mine, Tim Wheeler, who is the Pecos League official statistician. Wheeler, for more than two decades, was the official scorer for the Bakersfield Blaze in the Single-A Cal league. The Blaze relocated to the Carolina league following the 2016 season.

Wheeler is now the official scorer for the Pecos League’s Bakersfield Train Robbers.

“I call this a grinder league,” Wheeler told me. “These are guys who are still holding onto that dream. They are hoping for that one-in-a-million chance to make it to the majors.”

Wheeler has enjoyed his four seasons with the Pecos League and praises the overall level of talent.

"The level of play in the Pecos League is comparable to a high-level junior college program, as well as as some D2, D3 and NAIA level baseball," Wheeler said.

“Baseball in the Pecos League can be horrible at times and it can be very good at times. Ninety-eight percent of the players in the Pecos League are good guys. At one time they were prospects or suspects. This is a league where a guy with an 88 mph fastball still thinks he can make it to the major leagues.”

The maximum age of players in the Pecos League is 25. Rosters are capped at 22.

Players in the Pecos League do not get paid. They make money through booster clubs, weekend camps, 50/50 game-day raffles, auctions, pass the hat in the stands for hitting a home run or a pitcher striking out the side. Players typically live with host families.

I am excited to cover a Pecos League game. It sounds old school, like when I first began covering professional baseball more than 30 years ago.

Dunn made it clear to me that neither he nor his league intends to compete with or fight with the Vibes.

“We would love to work with the Vibes,” Dunn said. “Colorado Springs is a big enough baseball town where two Independent League teams can be successful.”

There is a long history of professional baseball at Spurgeon Field. The original Sky Sox played their home games there from 1950-58. The second version of the Sky Sox played at Spurgeon for the first two months of the 1988 season until Sky Sox Stadium was built.