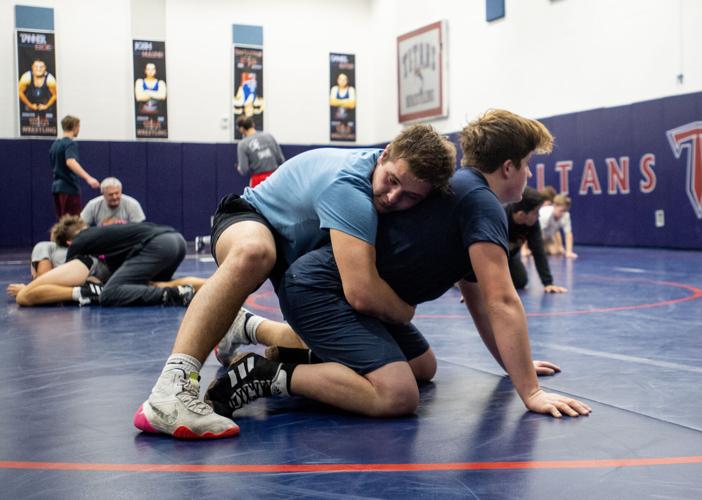 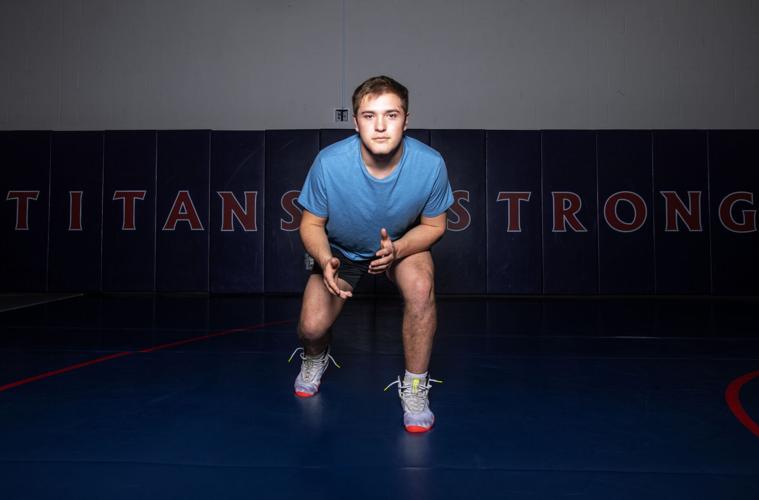 The Classical Academy’s Tanner Eide poses for a portrait before wrestling practice on Thursday, Jan. 19, 2023.

The Classical Academy’s Tanner Eide poses for a portrait before wrestling practice on Thursday, Jan. 19, 2023.

Despite a truncated season from COVID-19 his sophomore year and losing time to injury his junior year, Tanner Eide holds the record for most pins at The Classical Academy with 73 and could get his 100th career win this weekend at the Colorado Springs Metro Wrestling Championships.

“I really didn’t know I was even close because sophomore year, COVID year I got like 20-some matches, last year, 20-some matches. So I didn’t think I was close and then my coach told me, and I was like, ‘Wow’ — it just all hit me,” Eide said.

Eide is 26-3 this season and has a career record of 96-24 for the Titans. Earning his 100th win will put him 19 away from the school record. It’s an impressive feat considering the obstacles the TCA senior has faced, said coach Sean Collins.

Wins, losses, tough breaks and perseverance are all a part of wrestling and life in general.

“Just do the little things and when you do all of the little things over the course of time. You don’t have to be perfect; you just have to be better, and before you know it you are a Tanner Eide who has broken records because he’s consistent. He has accumulated a bunch of wins because he’s consistent. And, again, when the chips are down instead of hanging your head for a tournament and not succeeding or a half a season and not succeeding, instead of hanging your head you go, ‘OK, this is the hand I’m dealt, how do I make the best of it.’”

Making the most out of the hand he’s been dealt is what makes Eide a great wrestler now, and what will make him a great man in the future, Collins said. One such moment came this time last year at Metros. The championships were Eide’s first wrestling action after shattering his left pinky during football.

“I was pretty nervous coming back, my grip strength was nowhere close to what it needed to be,” Eide said. “I had to switch up my moves a little bit. But I ended up taking (fifth) so I’m pretty happy with that.”

With his pinky good to go this year, Eide hopes to win his weight class.

The Classical Academy will be one of 28 schools who will compete at Doherty High School on Friday and Saturday for boys wrestling. The girls tournament, also held at Doherty, features 14 teams. Last year the Spartans defended home turf, taking the girls team title. Former Spartan senior Sarah Savidge won her 127-pound weight class and went on to win at state.

Following Metros, Eide will be looking to capture a state title of his own. The senior Titan finished runner-up in the 220, 3A class a year ago and finished fourth in 2021. After that he hopes to wrestle at Adams State in Alamosa.

But first things first. The most important thing is Metros and chasing win 100.

“I really love how personal (wrestling) is,” Eide said. “I played football. That was pretty fun, but whenever you won it was as a team and I feel like in wrestling you earn the wins yourself.”