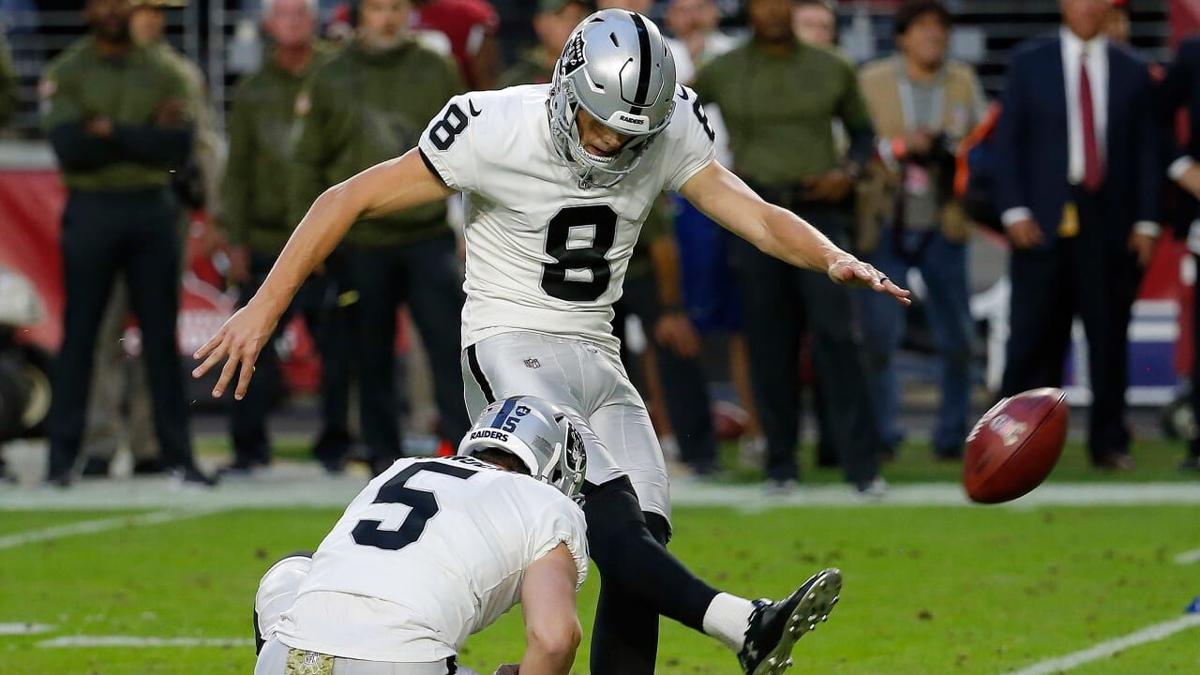 Daniel Carlson, a graduate of The Classical Academy, is in his third season as a placekicker for the Las Vegas Raiders. 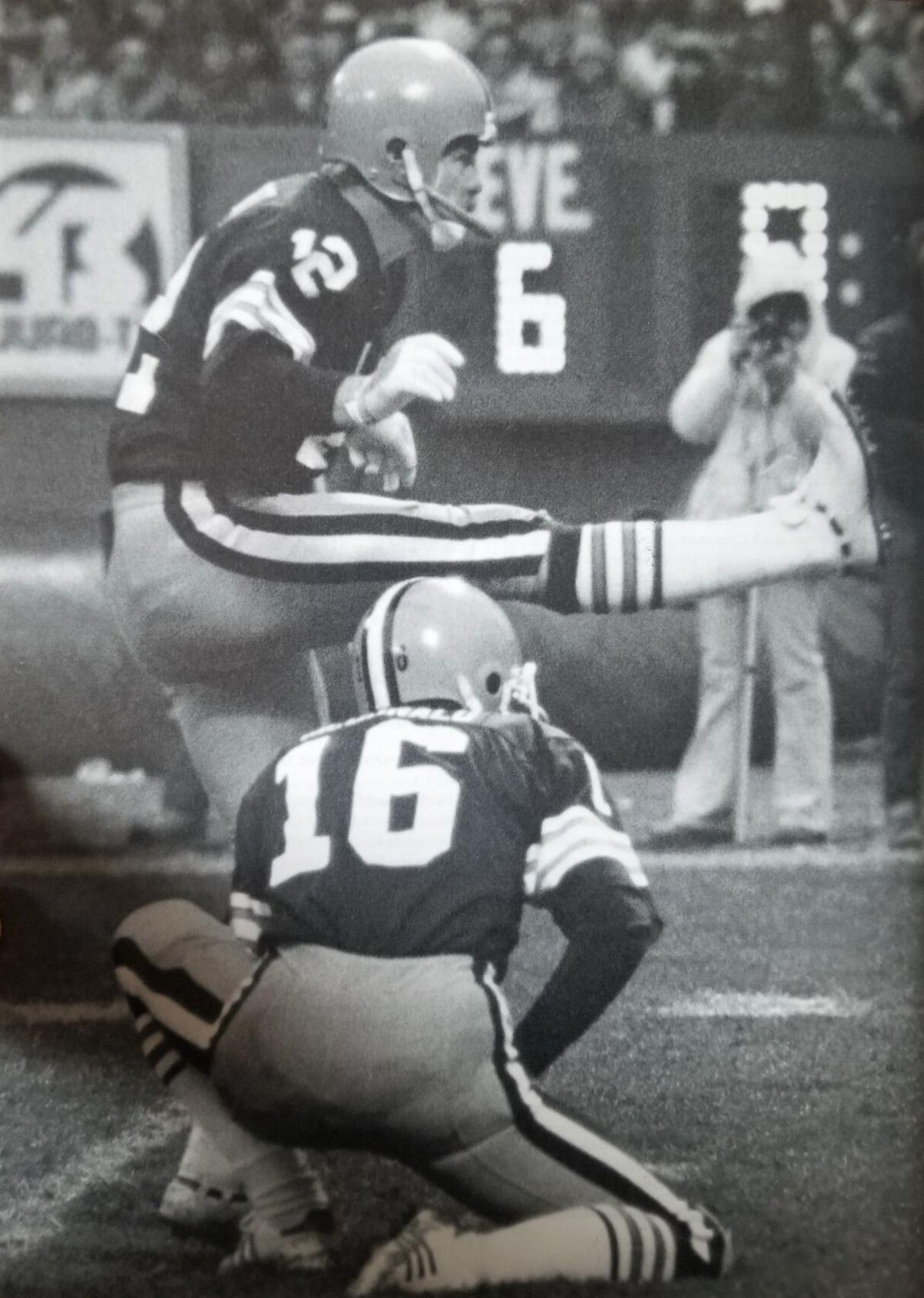 Don Cockroft, No. 12 kicking, was a star at Fountain High School and Adams State before his long career in the NFL. He still has strong ties to the Pikes Peak Region.

Daniel Carlson, a graduate of The Classical Academy, is in his third season as a placekicker for the Las Vegas Raiders.

Don Cockroft, No. 12 kicking, was a star at Fountain High School and Adams State before his long career in the NFL. He still has strong ties to the Pikes Peak Region.

Carlson is one of two “local” products from a Pikes Peak area high school on an NFL roster to begin this season. The other is Fountain-Fort Carson’s Morgan Fox, a defensive tackle with the Los Angeles Rams.

Falcon alum Kalen Ballage was cut by Miami Dolphins on Sept. 5 and was looking for a job when I wrote this column.

Over the two decades I’ve been in the Pikes Peak area, I’ve interviewed hundreds of high school football players. Including Carlson. Colorado Springs has never been a hot-bed of NFL talent, but we’ve had our fair share of standout stars over the last century.

Let’s start with Dutch Clark. While it’s true he hailed from Pueblo East High School, Clark was a superstar running back for Colorado College in the late 1920s. He played in the NFL as a quarterback and running back. In January 1963, Clark was selected as one of the 17 inaugural inductees into the Pro Football Hall of Fame in Canton, Ohio.

Don Cockroft, I will argue, had the best NFL career of any of our local high school grads. Cockroft graduated from then Fountain High School in 1963 and went on to an All-American career at Adams State. He was selected by the Cleveland Browns in the third round (55th overall) of the 1967 NFL Draft.

Cockroft was a dual threat as a placekicker and punter. He played 13 seasons and never missed any of the team’s 195 regular season and playoff games. He played for the Browns in the NFL Championship games of 1968 and 1969, losses to the Baltimore Colts and Minnesota Vikings, respectively.

When you talk about Colorado Springs high school grads who had great success in the NFL, two of the other names at the top of the list are Cullen Bryan and Terry Miller, both from Mitchell.

Bryant played 13 seasons in the NFL with the Los Angeles Rams and Seattle Seahawks. A running back, he rushed for 3,264 yards and 20 touchdowns. He also caught 148 passes for 1,176 yards and three touchdowns. He was also a fine punt returner and kick returner, accounting for another 2,500-plus yards.

Bryant played for the Rams in Super Bowl XIV against the Pittsburgh Steelers, rushing for 30 yards and a touchdown on six carries.

Miller was an All-American running back at Oklahoma State in 1976 and 1977, and finished second in the 1977 Heisman Trophy voting to winner Earl Campbell.

Miller was the Buffalo Bills’ first-round draft pick (fifth overall) in 1978. He ran for 1,060 yards and seven touchdowns in his rookie season and made the NFL All-Rookie Team.

Jackson was selected by the San Diego Chargers in the second round of the 2005 draft out of Northern Colorado. He played 12 seasons in the NFL, catching 540 passes for 9,080 yards and 57 touchdowns.

Houston was drafted by the Oakland Raiders in the second round in 2010. A defensive tackle, he played eight seasons and record 30.5 sacks.

Audick started at left tackle for the San Francisco 49ers in 1981 when they won their first Super Bowl. He was responsible for protecting Joe Montana’s blind side.

Armour played four seasons in the NFL after a standout college career at Stanford. He caught 26 passes for the Bills in 1995, and 37 for Baltimore Ravens in his final season in 1999. He played eight games with the Denver Broncos in 1998 when they won their second Super Bowl.