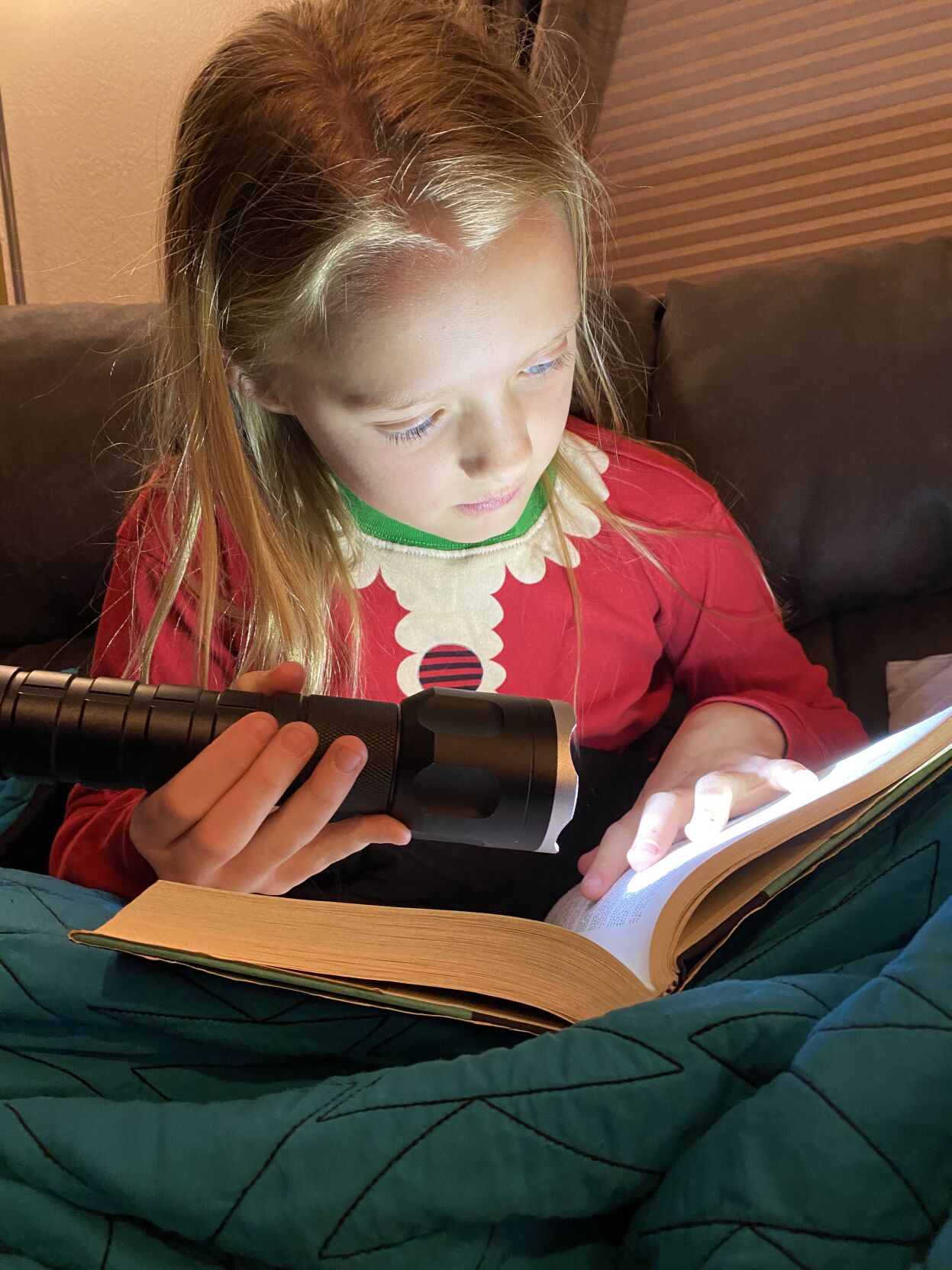 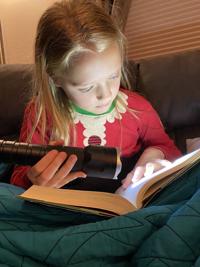 The columnist found his 8-year-old daughter, Rylan, on the sofa, wrapped in one of her blankets, holding a flashlight and his hardback copy of John Saul’s “Creature” open in front of her. 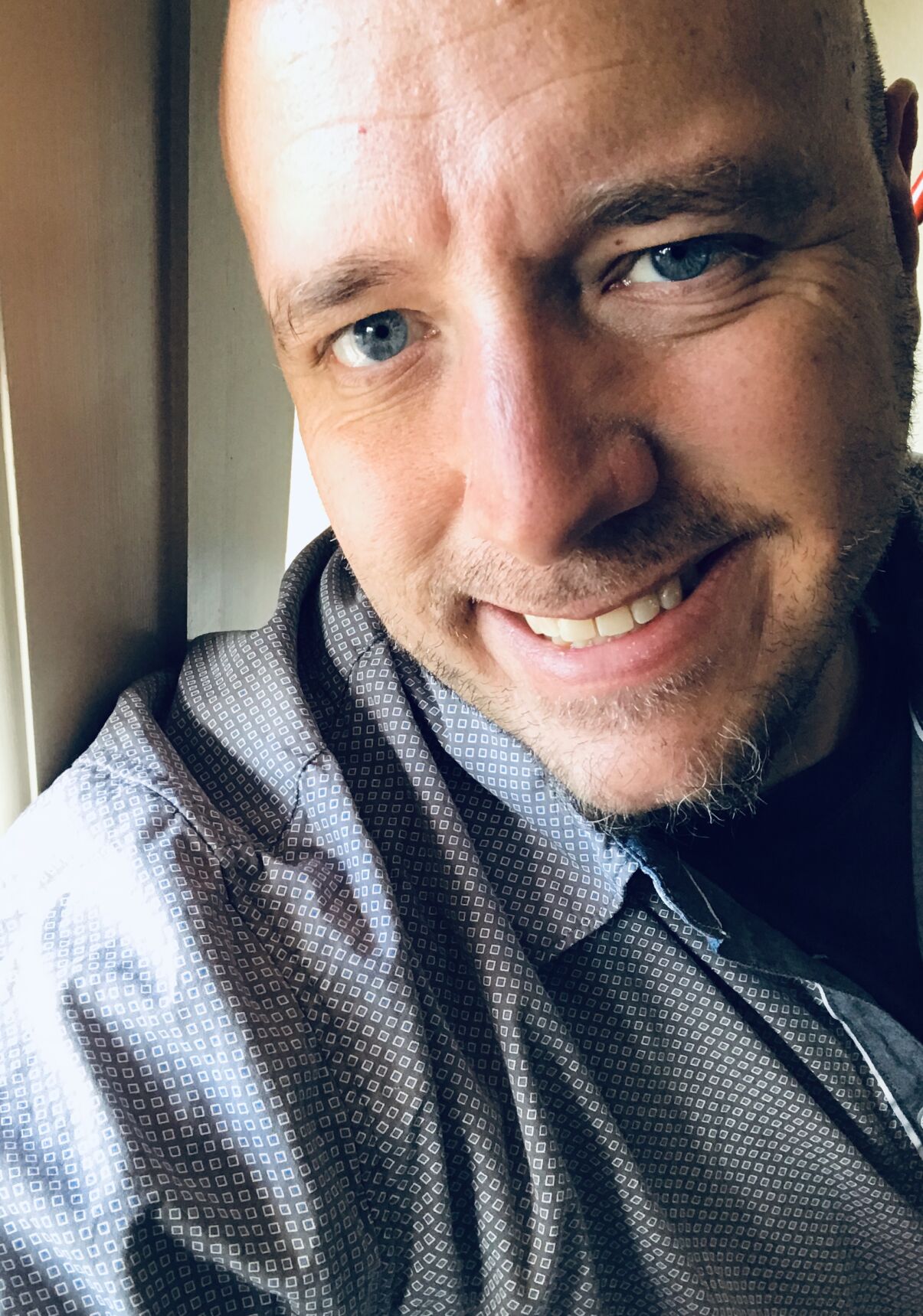 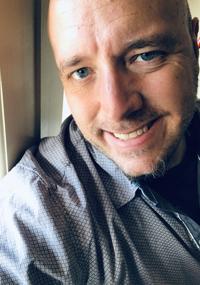 The columnist found his 8-year-old daughter, Rylan, on the sofa, wrapped in one of her blankets, holding a flashlight and his hardback copy of John Saul’s “Creature” open in front of her.

You know you’re starting to get old when you notice the books you’ve owned and loved since being a teenager have changed color.

Seriously, when did my books turn brown?

Recently, I’ve been on a personal crusade to find used hardcover copies of my favorite suspense author, John Saul, so for the past week or so the smiling Amazon truck has rolled up to deliver them almost every day. I have a shelf devoted to my collection of the author’s work, and as I’m slowly swapping out my paperbacks with hardcover prints, one of my children started to notice.

My youngest, by a minute since she is one of a set of boy/girl twins, Rylan, 8, started pulling the new hardcovers off the shelf to look at the cover art. She noticed some of the new titles were simply “larger” versions of titles I already owned and asked why I was buying them.

Without wanting to give her the true reason of, “I’m a nerd, sweetheart,” the best I came up with was, “Daddy’s getting older so I need bigger books to see better when I want to read them again.” As I put another notch in my quick-thinking-dad tally, Rylan came across one book in particular.

The cover features a pair of eyes projecting through a black and blue football helmet with the rest of the face covered in darkness. For some reason, the artwork had a large enough effect on her to inspire her to ask what that particular book was about — just like it did when I first saw it on a shelf in a department store when I was 14. The cover art had the same effect on me, so I bought it, read it and have held it as my favorite novel ever since. It is titled “Creature,” by John Saul.

Pleased Rylan was asking about my favorite novel ever, I immediately started describing the story like a football fan explaining the nail biting overtime ending of their team’s latest game.

“Creature” is about the unathletic, underweight son of a family which moves to a small town in Colorado where the town’s biggest claim to fame is its high school football team, which never loses. Next to the town is a chemical engineering company where the father of the family moved to work his new job. After the son gets bullied a bit and his father pressures him, he joins the football team.

Later we find out the chemical company is testing a performance enhancing drug for military applications on the local football players, three of which have a weird allergic reaction which turns them into neanderthal-like monsters. And of course, the son is one of those kids. People die. The son takes revenge. It’s awesome.

Rylan’s eyes lit up and said that the book should definitely be made into a movie, which I think is an expected response for her generation. I told her it was unlikely it would be since the novel has been in print for decades and John Saul isn’t exactly a movie marketable name on a movie poster like, say, Stephen King. So Rylan said she wanted to read it instead.

Being a third grader, and although she is a bit advanced on her reading level, I told Rylan she would probably be able to read “Creature” around the time she becomes a teenager — maybe a preteen if she continues to develop her reading.

And in typical Rylan fashion, she said, “Forget that. I’m starting now.” For the moment, I thought she was just showboating and trying to impress me. However, as I was making dinner, I told Rylan she needed to do her reading homework. A few moments later when I checked on her, to make sure she was following directions, I found Rylan on the sofa, wrapped in one of her blankets, holding a flashlight and my hardback print of John Saul’s “Creature” open in front of her.

She was reading by flashlight? Was there a thunderstorm I didn’t know about? Later she told me it was because she couldn’t find my book light, which made more sense.

The image of my 8-year-old daughter attempting to read my most favorite novel pulled on every inside feeler I had, and seeing her reading by flashlight did add a little charm to the image, I confess. I gave her a moment and asked if she was having trouble with any of the bigger words she may not have been exposed to yet. She said she was going slow but getting through them with tricks she learned at school. Thank you, District 38.

After about 30 minutes of her reading, my heart filled with pride at my kid challenging herself, my love for the novel renewed yet again, I checked on Rylan again and found her about half way through the novel. Knowing it’s impossible for her to read that fast, I asked how she was already halfway through the book.

“I jumped forward to get to the part with the monsters,” she said.

Apparently, Rylan may be advanced in her reading level, but not as developed in her level of patience. Still, it was nice to have the dust brushed off the book for a while.

Benn Farrell is a Monument-based freelance writer and playwright.