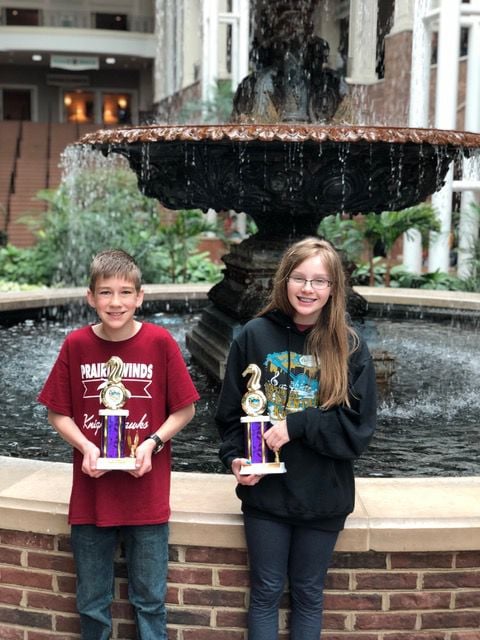 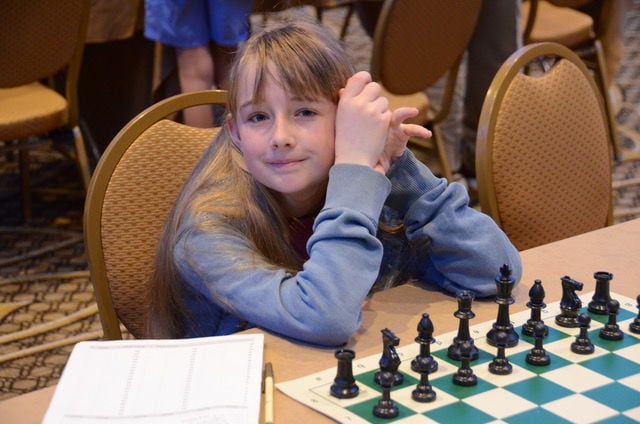 Twelve students from Monument’s Prairie Winds Elementary School joined the throng at long tables of chessboards at the National Elementary Chess Championship in Nashville, Tenn., from May 9 to 12. Sponsoring teacher Peter Wise and parents of the 12 traveled to the tournament after a year of preparation and practice.

Nerves, excitement and pure love of the game motivated Anna Hacker to participate; she took a first-place spot after learning chess just this year. The team achieved first place in the unrated division at the tournament; several other Prairie Winds students also placed.

Wise has taught chess at the school for about nine years and took a team to first participate in the tournament last year.

“This is the first time that I had a girl (Anna Hacker) win first place overall in the underage nationally,” he said.

When asked what she liked best about the game, rising seventh grader Hacker said, “I really enjoy it because it’s mostly boys, and when you beat a boy it’s really, really fun. (Also) it’s strategic and not luck-based at all — I like that.”

Hacker discovered chess at the school chess club and in a chess class.

“I ended up getting really into it,” she said.

Wise said students put in hard work, practicing before and after school, in addition to for some of them during the 40 minutes a day they have in class. The school hosts an entry-level chess club and a competitive one.

They also practiced online and during several weekend sessions.

“We use a lot of software, solve a lot of puzzles,” Wise said of the training regimen. He also created chess problems based on students’ individual games and did some one-on-one coaching.

Parent Eric Drake said his hat was off to Wise for his efforts helping students learn the game.

“We have kids of all different aptitudes who participate (in chess) and I think from the perspective of a principal, seeing the kids who didn’t necessarily see themselves as strong academically find their niche (is rewarding).”

Finnegan and Wise have worked together for years, and she said that as educators it’s supremely satisfying, “whenever we can tap into a passion and (students) can start to see themselves differently as a result. I think that’s what Mr. Wise has done for countless students.”

Hacker said she enjoyed having her parents with her on the trip and spending time with the team. When she first arrived, she said she did feel scared, but only at first: “I was really nervous, but as soon the games started the nerves kinda went away.”

The tournament was held at Nashville’s Gaylord Opryland Resort and Convention Center. Prairie Winds competed against eight other schools from around the country in the unrated division, meaning students who haven’t played until recently, or who started playing the game at an older age. Games took 1 1/2 to 2 hours each, on average. Each student played a total of seven games.