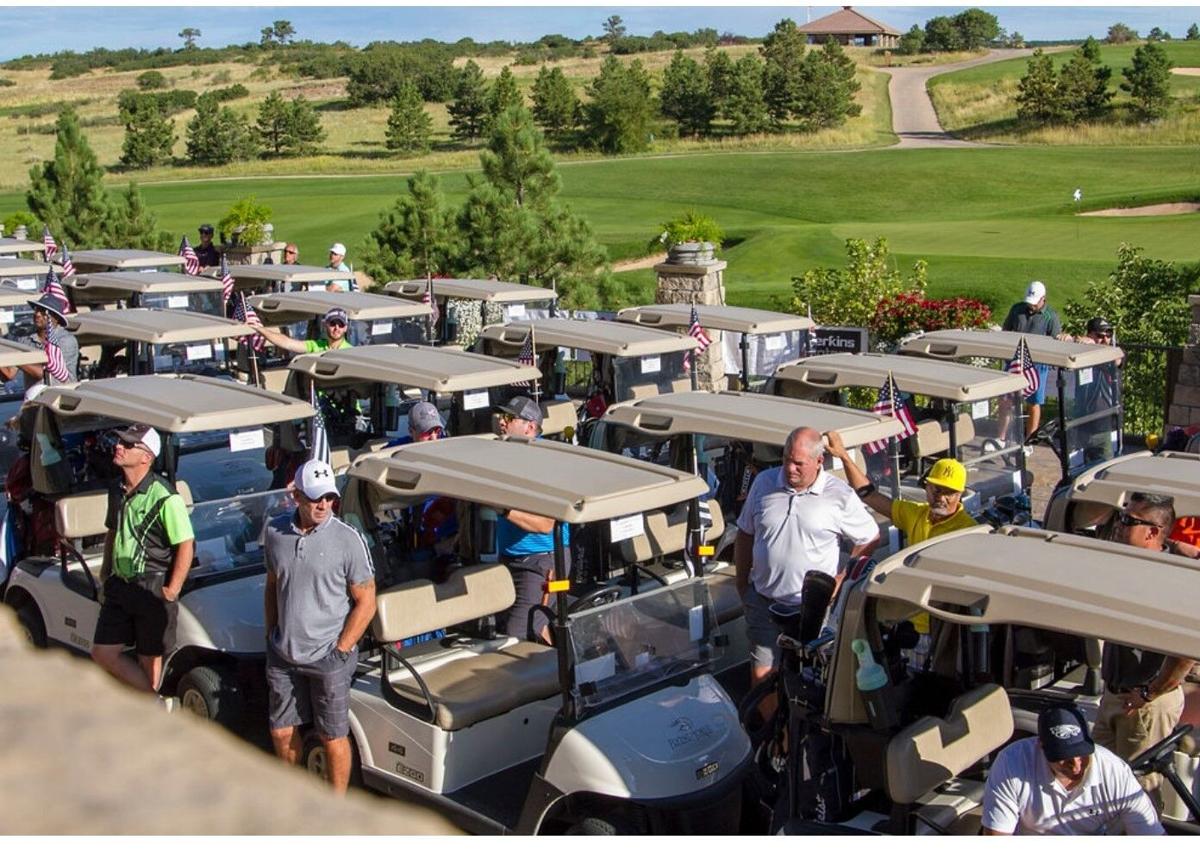 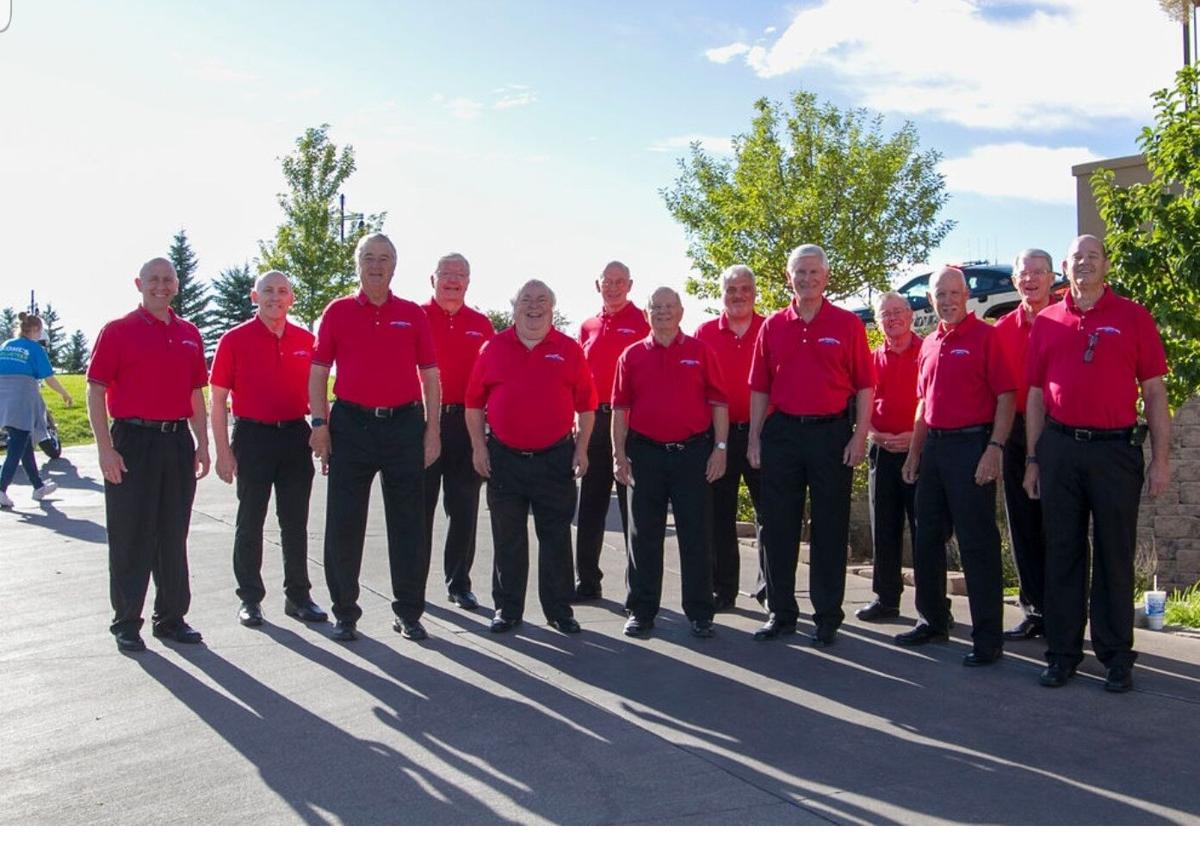 Gleneagle Sertoma Club members use the Patriot Golf Benefit as a way of honoring first responders. 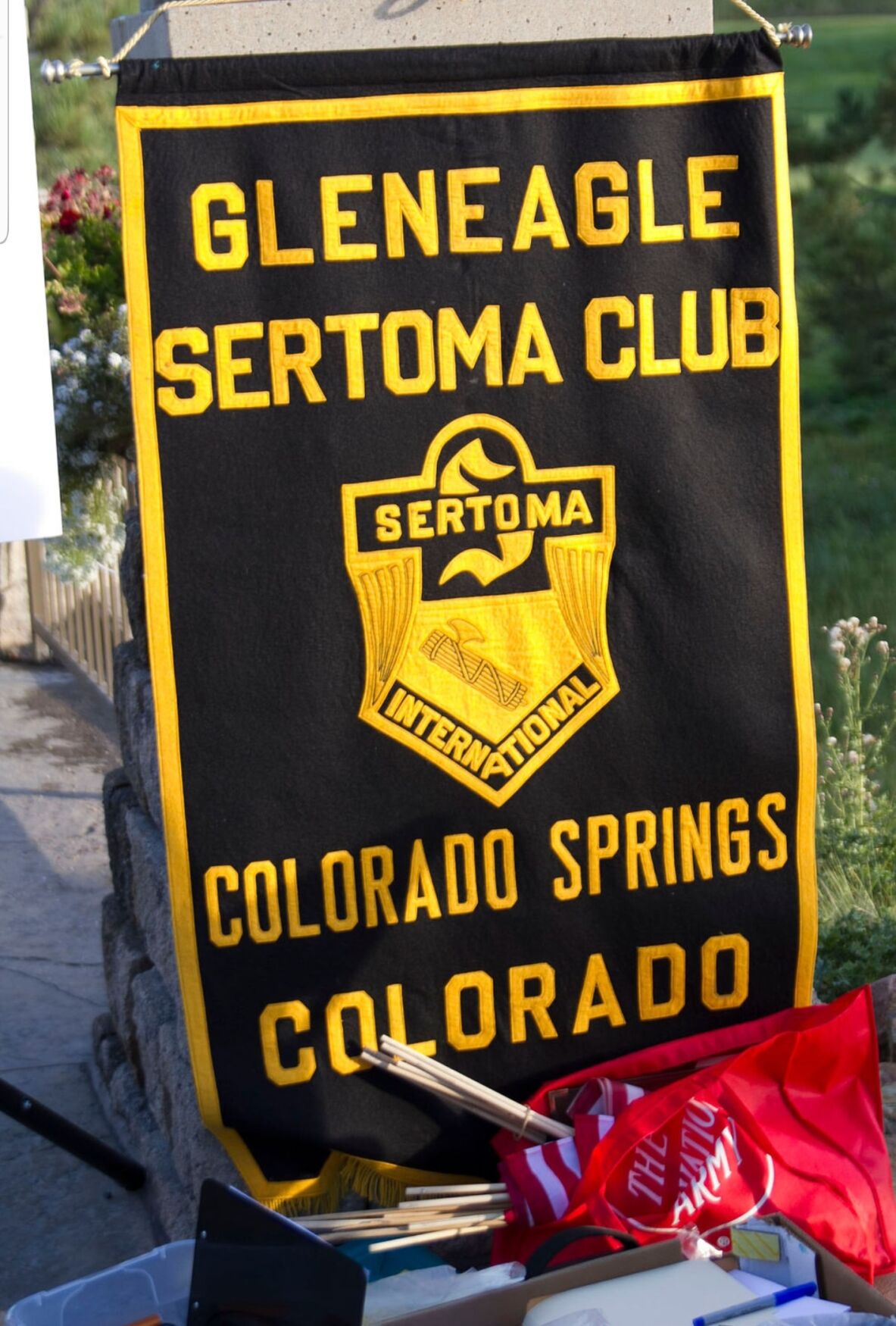 The Gleneagle Sertoma Club started the Patriot Golf Benefit in 2002 as a response to the 9/11 attacks.

Gleneagle Sertoma Club members use the Patriot Golf Benefit as a way of honoring first responders.

The Gleneagle Sertoma Club started the Patriot Golf Benefit in 2002 as a response to the 9/11 attacks.

The Gleneagle Sertoma Club started the Patriot Golf Benefit in 2002 as a way to pay tribute to the brave first responders who serve on the front lines to keep our communities safe.

The club’s response was to the 9/11 terrorist attacks.

The 19th annual Patriot Golf Benefit will take place Sept. 21 at Flying Horse main with upwards of 120 golfers playing one of the finest courses in the Pikes Peak region. John Coyle has served as the chairman of the golf committee for the last six years. He believes that first responders always need to be recognized and honored for the work they do.

“Now, its’ even more important in these troubling times,” Coyle said last week. “This is an opportunity to recognize some of our local first responder patriots. I feel stronger than ever why we call this the Patriot Tournament.”

The Patriot Tournament has a long history of honoring local police and fire personnel, emergency room hospital staff and EMTs.

“These people are putting themselves on the line in this crazy age,” Coyle said. “They’re on the front lines and we appreciate all that they do.”

Donations from the golf tournament and the majority of proceeds go to the Colorado Springs Police Protective Association-Fallen Officer Relief Fund. Other money raised will go to the El Paso County Sheriff’s Office Foundation, as well as other charities.

Planning for this year’s event began days after last year’s tournament, which was also played at Flying Horse. But when the COVID-19 pandemic hit in full force in mid-March, the Gleneagle Sertoma Club golf committee was unsure if it would be able to continue with the event this year. They were eventually given the go-ahead by Flying Horse, with a few modifications.

Instead of shotgun starts where each foursome begins at a different hole, golfers will go off one at a time at holes No. 1 and 10. That means it will take a couple of hours to get everyone up and running on the course.

There also won’t be an awards presentation in the clubhouse after the tournament. The $200 cost per golfer includes green fees, cart, lunch, range balls and prizes.

“We had 95 golfers last year, and as of last week we’re up to 112,” Coyle said. “I think most people are understanding that we’ve all had to make sacrifices during these times.”

Pete Peterson is the co-chairman of the golf committee and has been a Gleneagle Sertoma Club member for eight years.

“We have a lot of golfers who come back year after year because we put on a good tournament,” Peterson said. “We’re committed to first responders.

“We support 18 non-profits in the city. We’re squeezing the dollar about as much as we can.”

Jim Whitlock owns the American Family Insurance Agency on Scarborough Drive, and is also a member of the golf committee. He has been a title sponsor of the Patriot Tournament for three years.

“The Sertoma Club is a giving organization and they look for opportunities to give back to the community in a meaningful way,” Whitlock said. “In the midst of all the stuff that’s going on out there around the United States we want those who serve on our front lines to specifically know that we honor them.”

But at 86, Gray is taking measures to maintain his health.

“I’ve had a hole for 11 years, but I won’t be out there this year,” said Gray, who served in Vietnam in the 1960s and two different stints with NORAD at the Cheyenne Mountain Command Post in the 1970s and ‘80s. “I always have a good time with the golfers. It’s a fun way to break up the monotony.”

Last year, Gray helped raise an additional $345 from golfers who donated $5 each to help out first responders and the chance to win prizes.

“We have such a wonderful club and so many wonderful people who play in our tournament,” Gray said.

Gleneagle Sertoma, of Sertoma International, is a 501 ©3 non-profit organization.