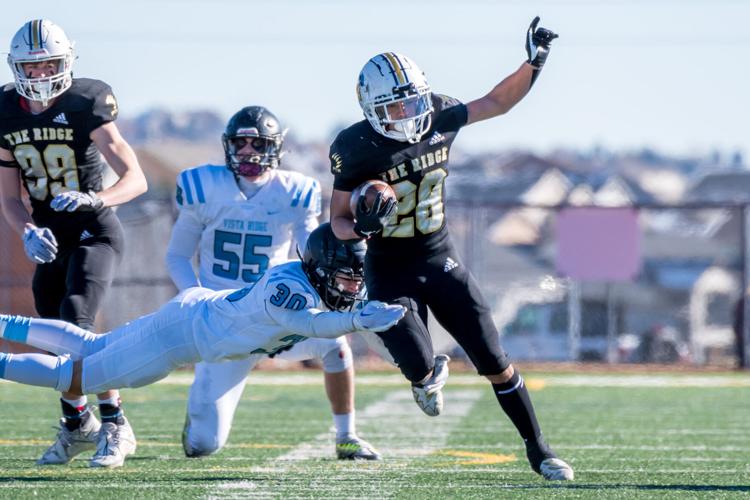 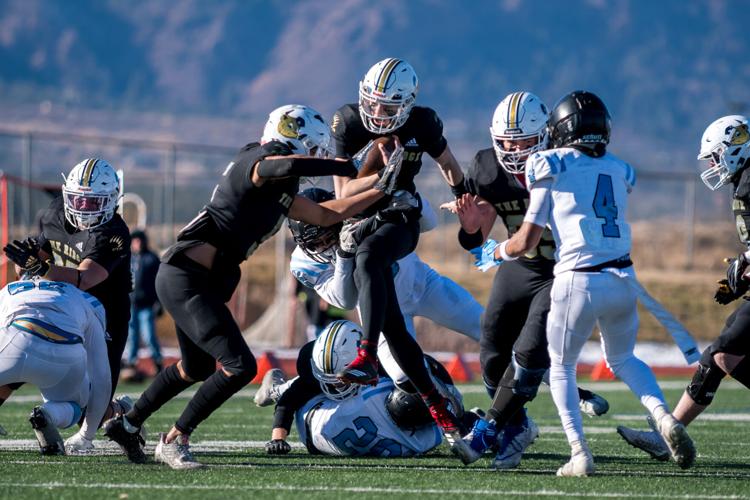 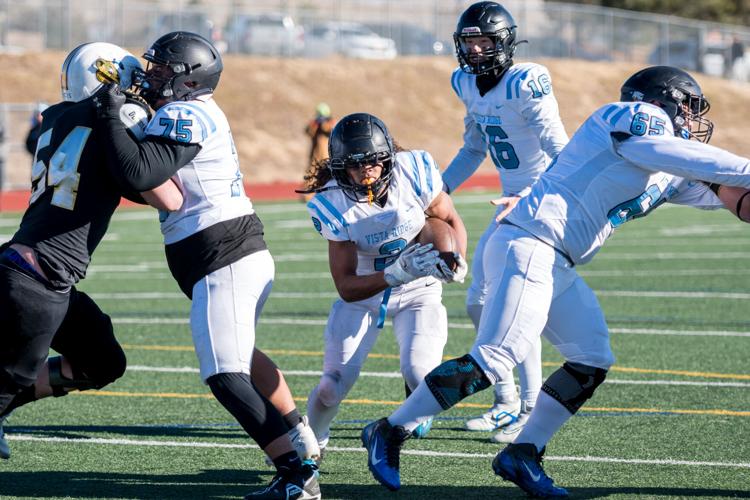 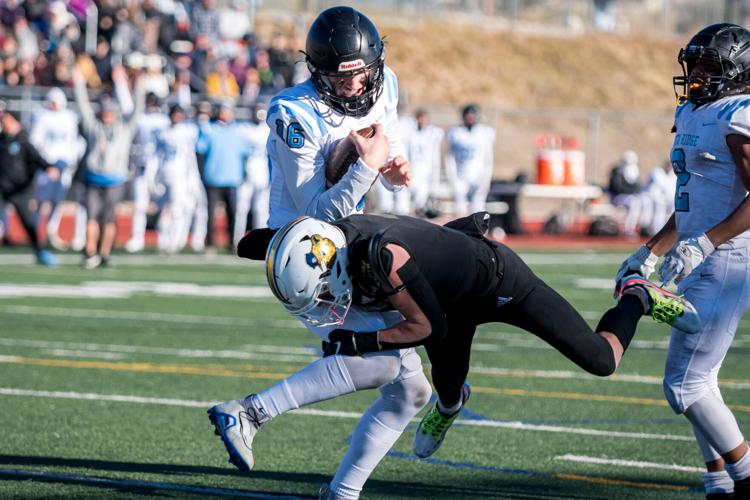 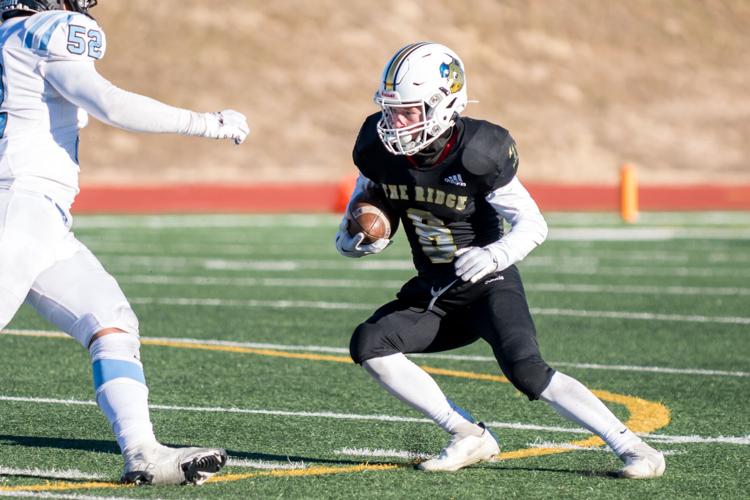 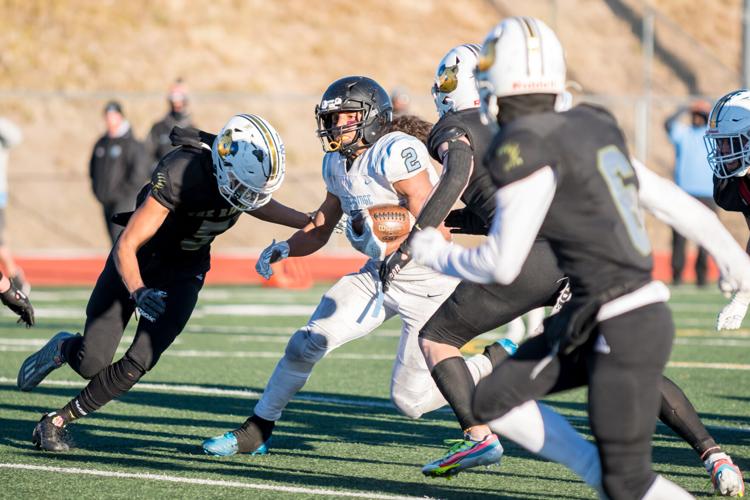 Vista Ridge senior Solomon Arnds-Volcin (2) runs up the middle while Palmer Ridge senior KJ Smedley (5) closes in to tackle in the third quarter at Don Breese Stadium in Monument on Saturday, Nov. 19.

Vista Ridge senior Solomon Arnds-Volcin (2) runs up the middle while Palmer Ridge senior KJ Smedley (5) closes in to tackle in the third quarter at Don Breese Stadium in Monument on Saturday, Nov. 19.

The playoffs are all about best-on-best matchups.

Controversy surrounded the Friday night plans for Palmer Ridge and Vista Ridge’s 4A playoff rematch, projected to kick off in subzero degree weather. Once school cancellations forced the move to Saturday, the Bears ended up on top, 35-21, to advance to a semifinal matchup with Loveland.

It’s the second time this year the Bears have upended the Wolves after a 24-17 win three weeks ago.

Palmer Ridge didn’t care what day the game was played. If anything, the move motivated the Bears even more — a true-to-form, best-against-the-best matchup in solid weather; at least, for November.

“Our guys have done a really good job of being locked in,” coach Mike Armentrout said. “They’re focused on the little things, and this week of practice was great. We did some tough stuff with practicing outside, but we have a gritty group. I love our group.”

The early moments of the rematch paralleled the two teams’ earlier meeting.

Vista Ridge drove right down the field on its first drive with senior Solomon Arnds-Volcin plunging in from 5 yards out for the early lead.

Palmer Ridge junior Derek Hester returned the favor soon after with a 47-yard strike to fellow junior Jimmer Weir to tie it up — one of two touchdown connections by the pair in the win.

It wasn’t until the second half that Palmer Ridge took over. Down 21-14 entering halftime, the Bears scored the lone, third-quarter touchdown between the two teams on Hester’s second toss to Weir from 19 yards out, with a toe-drag catch to clinch the score.

“Our offensive line was amazing with giving Derek time to throw,” Weir said. “He put it in the right place, and I got it. It was a good momentum shift, and we built off of it.”

The score was set up by senior Josh Gerlach’s interception on a throw over the middle by Vista Ridge senior Brayden Dorman.

One quarter later, senior K.C. Fackerell read a quick pass and made an interception to enable senior “Gator” Robinson’s second score in the fourth quarter from eight yards out to put the game away.

“Our line is jelling, our receivers and tight ends are blocking, and it’s all coming together at the right time,” Armentrout said. “Our seniors and captains have done a great job of staying present and being focused on the moment. They know what’s important, and what’s at stake.”

Palmer Ridge will face off with Loveland for the second time in three years next Saturday at 1 p.m. The Bears will get a chance to host this year after losing the last matchup, 42-6, in the state title game as part of COVID-19’s shrunken field of participants.

MONUMENT — Jackson St. Aubyn is more than just a 6-foot-5, 271-pound hitting machine for Palmer Ridge’s football team. He’s one of the area’s …