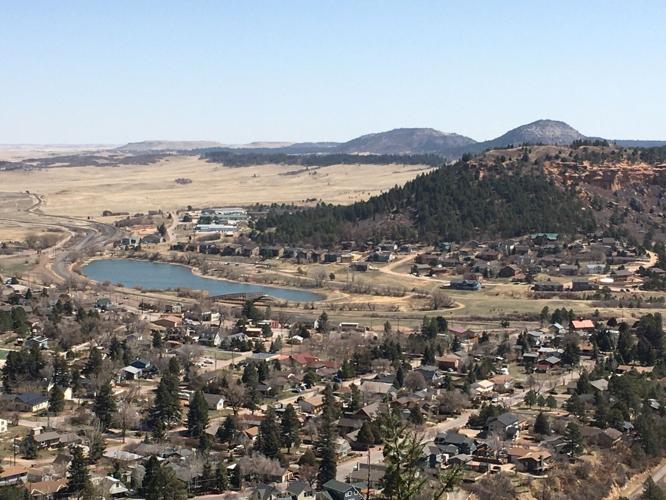 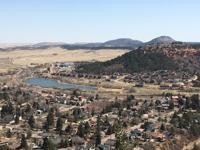 Palmer Lake and its namesake body of water as seen near the summit of Chautauqua Mountain. 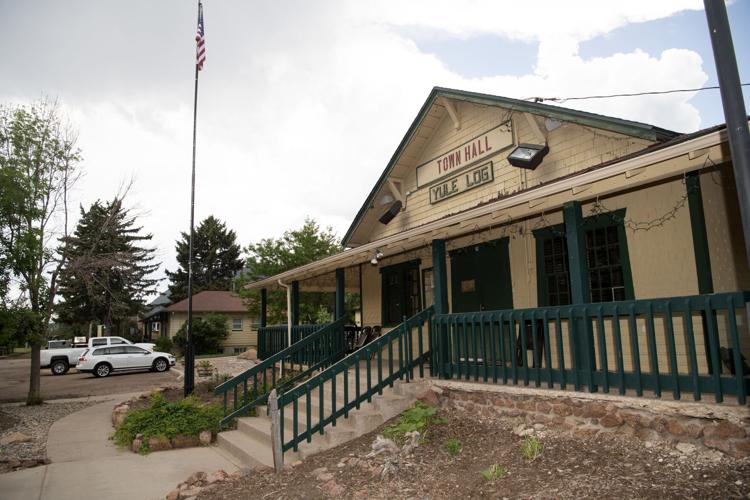 Palmer Lake and its namesake body of water as seen near the summit of Chautauqua Mountain.

Palmer Lake water customers will likely see their bills increase in the near future as the town looks to boost revenues to its self-sustaining water enterprise, which is projected to have inadequate funding in 2023.

"Inadvertent" incorrect billing of 15 water accounts and the town's failure to increase water rates by 3% annually starting in January 2020, as stipulated by a 2019 town resolution, have caused the budget shortfall, according to administrative and financial documents.

Staff are now "working on the issues" and will "bring options to the (Board of Trustees) to consider," Deputy Town Clerk Julia Stambaugh said by email this week.

But now, ballooning loan repayments upcoming in 2024 and the "significant rise" in the cost of materials for infrastructure mean the town's water fund won't have enough money in its projected 2023 budget, finance documents show.

And residents are concerned.

"(The water enterprise) is not being managed to sustain itself," said Marty Brodzik, a resident and town planning commissioner.  "... It's a snowball coming down the hill."

Part of the problem, Brodzik said, is the town is still repaying loans it received from itself and the Colorado Water Resources and Power Development Authority. The entity provides state and federal loans to Colorado governments to pay for water, wastewater and other types of infrastructure projects.

It was unclear why the town loaned its water enterprise money from its general fund and did not transfer the money to the water fund. Stambaugh said there was no record to explain the prior administration's actions and former Palmer Lake Mayor John Cressman, reached by phone Friday, said he did not know the reasoning.

"Think about all this debt they have. Now they’re over budget in a single operating year. That’s not sustainable," Brodzik said.

It's also unclear what could happen if the water fund cannot maintain itself, as is legally required. Stambaugh said the town is "investigating (its) options."

The town could consider funding options for its water enterprise through the Department of Local Affairs and the Colorado Department of Public Health and Environment through state revolving fund grants and loans, Colorado Municipal League's Executive Director Kevin Bommer said. That could include money from the $1.2 trillion Infrastructure Investment and Jobs Act the federal government passed last November, he said.

Palmer Lake can also use American Rescue Plan Act funds to address its water and wastewater issues, Bommer said — an option the town has taken.

Palmer Lake received a total of $752,290 over two years: $376,145 in 2021 and the remaining half of $376,145 in 2022, Stambaugh said. The town transferred that money to its water enterprise to pay for water infrastructure improvements including an emergency interconnection line to a water line the nearby town of Monument is constructing, for technology upgrades at Palmer Lake's treatment plant and for distribution line upgrades, she said.

Those federal dollars could not be used to repay loans, Stambaugh said.

Brodzik questioned that decision, saying those ARPA funds could have stayed in Palmer Lake's general fund to help pay for roads, police and fire infrastructure improvements — especially as Palmer Lake voters submit their ballots for the Nov. 8 election. The town is asking residents to decide next month whether to increase property taxes by up to about $1.3 million in 2023 and whether to allow recreational marijuana sales in town to help pay for fire, police, roads and parks services.

Increasing taxes won't help the water fund's issues and means "the general fund will get more money whether it needs it or not," Brodzik said. "But water rates will still go up, too."

Brodzik said she wants a solid solution that includes a plan to pay off the loans with the least amount of interest charged to residents, to build up the water enterprise's capital improvement fund "so when a rainy day hits they don't have to worry about securing a loan," and to determine how much the water rate and water use needs to collect annually to "operate within budget."

Stambaugh said the town is researching its next steps, including raising water rates, usage fees and tap fees, as well as analyzing the water fund's enterprise fund rates "to improve the funding of infrastructure improvements."