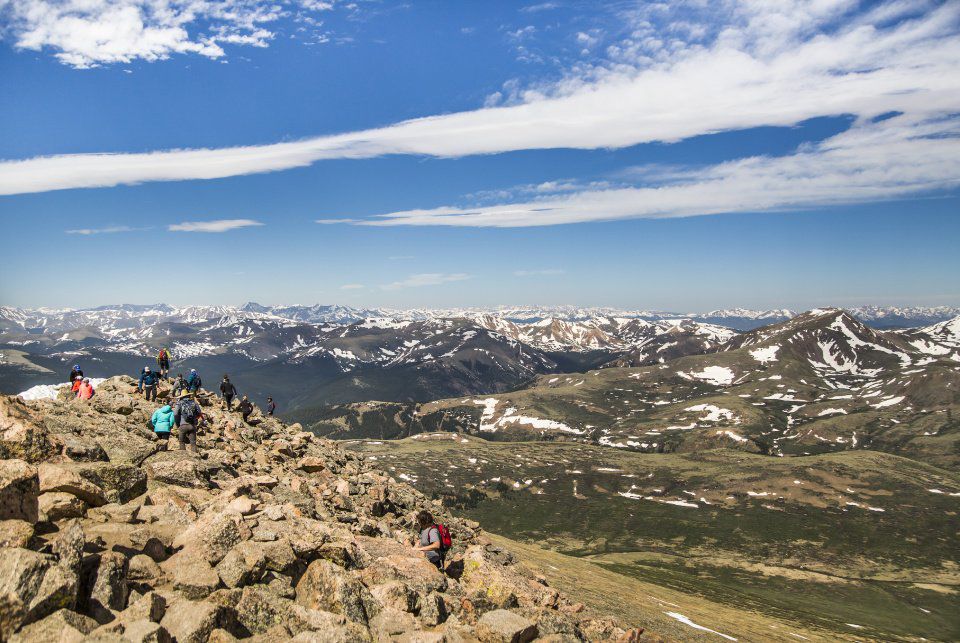 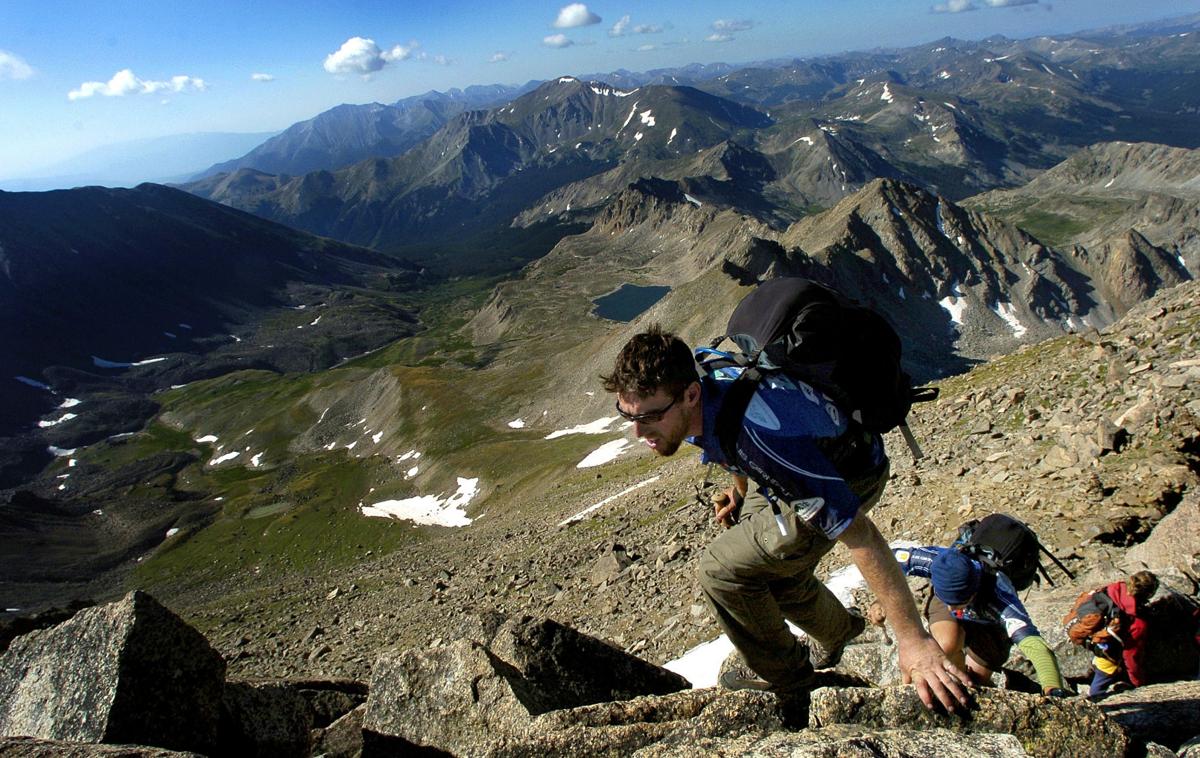 David Paquette, front, and Nick Ehrhardt reach the summit of Mount Harvard in this Aug. 2, 2005 photo.

David Paquette, front, and Nick Ehrhardt reach the summit of Mount Harvard in this Aug. 2, 2005 photo.

Typically around now, Loretta McEllhiney feels a certain excitement, a certain sense of wonder that only Colorado’s highest altitudes can stir.

But the feeling is different this year.

“I don’t think the fourteeners are where you should be going,” McEllhiney, the U.S. Forest Service’s fourteener program manager, said from her Leadville home. “I mean, I don’t want to go, but I have to.”

COVID-19 or no COVID-19, McEllhiney is internally called to the 14,000-foot peaks, where for nearly two decades she has spent summers camping and plotting more sustainable summiting routes. This year she’s due on mounts Shavano, Princeton and Lindsey, among others.

And yes, there are nerves this time around.

“But I’m pretty aware when I’m out there,” McEllhiney said. “I will probably hear people coming long before they get to me. And I know how to safely move away from the trail and not do damage.”

She worries that others aren’t so knowledgeable. That they should find a rock to step on when socially distancing in the high-alpine tundra, where feet can kill fragile vegetation. That they should not ascend off trail, thus forming a new, potentially destructive footpath.

And also, McEllhiney wonders about potential harm to human beings themselves in a fourteener season such as this one approaching.

What could the mountains’ unrelenting crowds of recent years mean in the face of an unprecedented pandemic?

McEllhiney said she was “crunching numbers like crazy” to come to some sort of answer.

“A bunch of my data is being sent to leadership to say, ‘What should we be doing here?’”

The data is from stewarding nonprofit Colorado Fourteeners Initiative, which deploys infrared trail counters near timberlines of several mountains.

The latest estimates suggest Quandary Peak and Mount Bierstadt are the busiest of the state’s 54 fourteeners, the two seeing close to 1,000 people on their busiest days. On those, counters have recorded almost 250 hikers in any given hour, McEllhiney said.

Gov. Jared Polis’ limits on group sizes (currently, 10) could very well change, she said. “But there are definitely some mountains where, if we’re looking at eight more weeks of 10-person group sizes, yeah, that’s gonna be tough.”

It could be tougher to enforce.

“In the most restrictive scenarios you could have the Forest Service or counties or other jurisdictions closing roads, preventing people from parking,” said Lloyd Athearn, executive director of the Colorado Fourteeners Initiative. “But if all the trailheads are open, is it likely they’re gonna have rangers or various folks out on trails enforcing things? I would think that would be pretty challenging to do.”

Steve Wilson and his Front Range comrades are not expecting any such scenarios. He’s a mission coordinator for the Alpine Rescue Team, one of the state’s busiest groups of voluntary heroes, covering an area about the size of Rhode Island.

That includes four of the most popular fourteeners: mounts Bierstadt and Evans and Grays and Torreys peaks. From the looks of it already, it seems to Wilson that people have not been obeying the governor’s guidelines to recreate within 10 miles of homes.

Still, the Alpine Team’s mission numbers for this time of year have been average, Wilson said. He fears that changing with state orders lifting, cabin fever mounting and snow melting in the high country.

“What we assume is there’ll be an explosion of people going into the mountains,” he said.

And for his and other search and rescue teams across the state, that explosion could cause a unique strain.

“We’re definitely concerned about maintaining the health of our first responders,” said Jeff Sparhawk, president of the Colorado Search and Rescue Association.

“If a team gets infected, we have to start thinking about how we can still help counties out if that team can’t respond. It could be a chess match in how we can manage resources.”

During spring, at the start of the outbreak in Colorado, authorities cautioned against travel in the backcountry, saying fewer members of their ranks would be available, if at all, in an emergency.

“If this was to play out in the summer, we’d apply the same logic to it: Let’s not put first responders where it’s unnecessary exposure and risk,” said Summit County Sheriff Jaime FitzSimons, who’s noticed usual crowds emerging at Quandary Peak’s parking lot.

For a highly technical rescue on fourteeners, the Alpine Team might lean on 20 people, Wilson said. Now, considering team members at risk, he said that could be half the number.

Half the number, and maybe double the burden on volunteers with work and family to worry about.

“Those factors always come into play,” Wilson said. “But it’s a lot more in your face now than in the past.”

His advice to fourteener dreamers? “This is a time to dial it back.”

But he gets it. “People want to get out.”

And McEllhiney gets it — the ever-present risks and rewards of the mountains.

She’s always somewhat nervous to return to the wild, “but there’s always more excitement,” she said. “I want to get out into the woods really bad.”