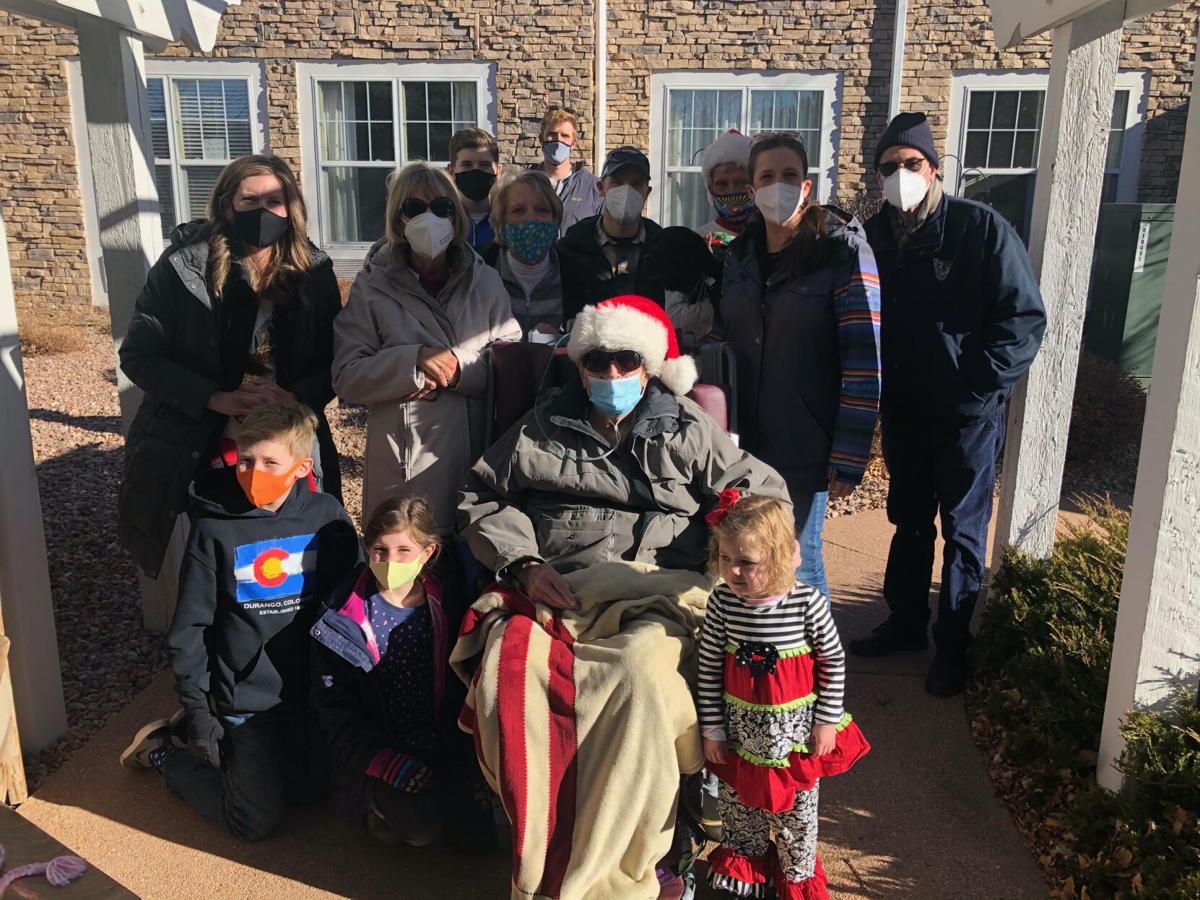 Longtime Monument resident and retired Air Force Lt. Col. Arch Layman, seated, celebrates his 100th birthday with members of his family Dec. 24 at the senior living facility in Colorado Springs where he resides. 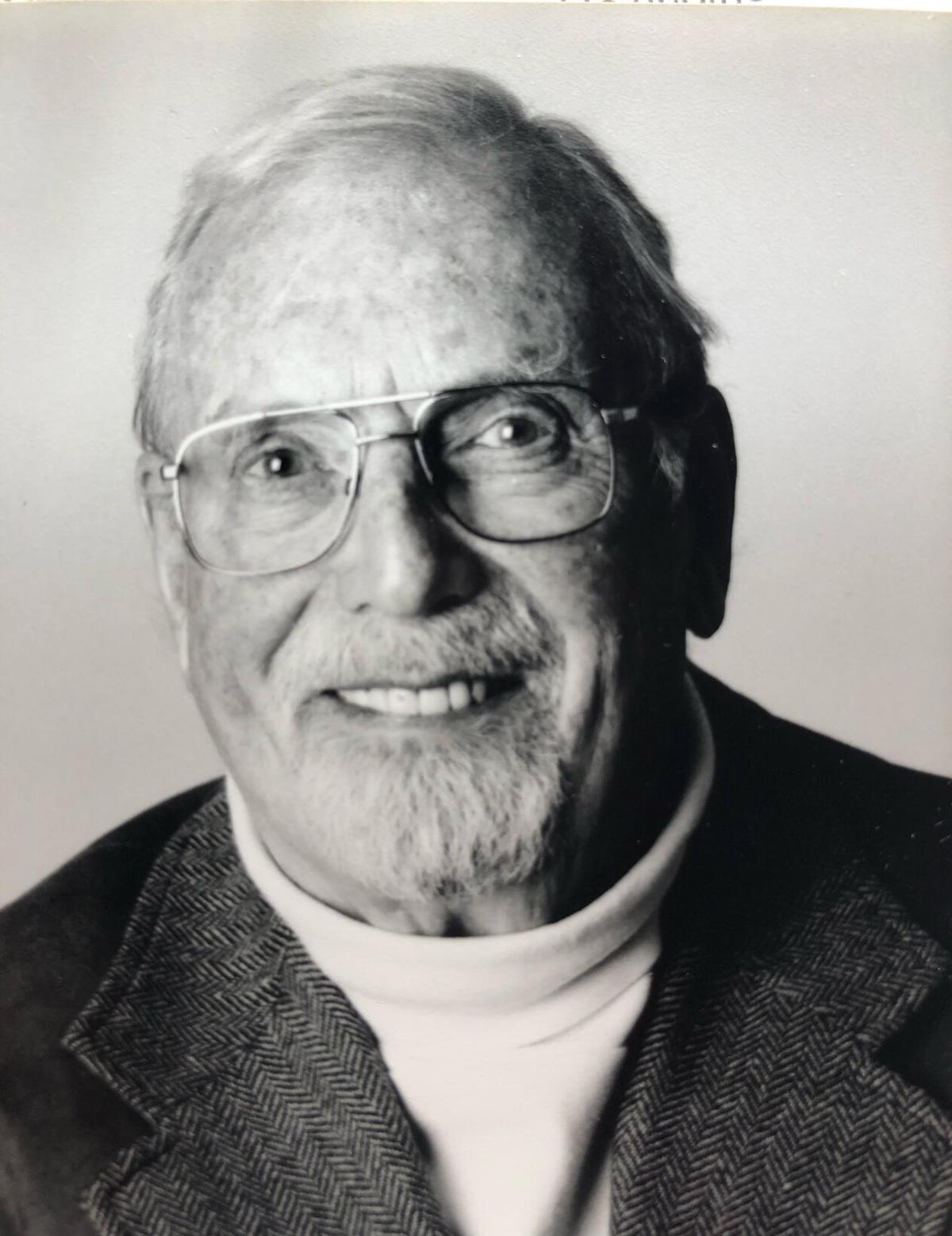 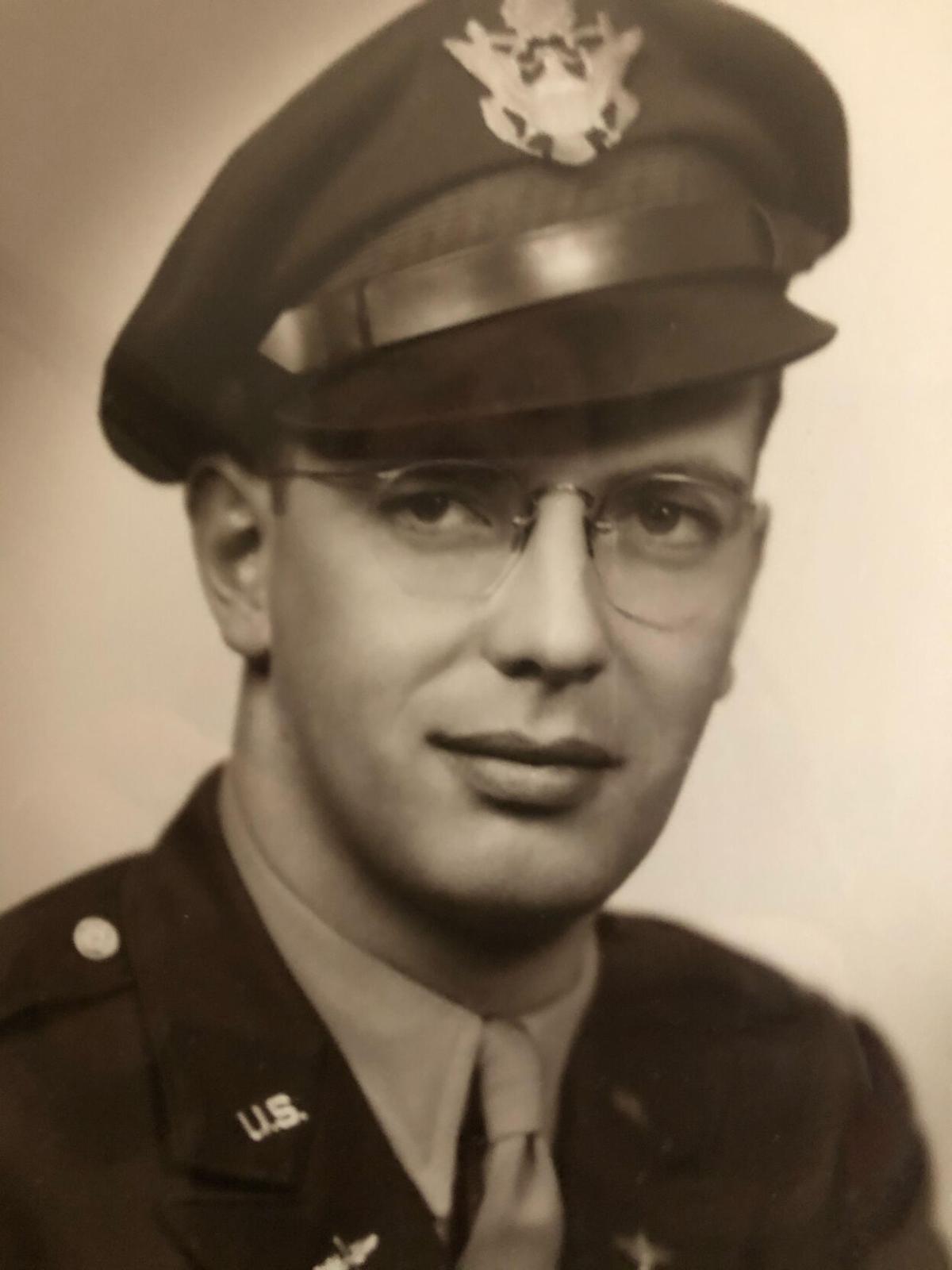 Longtime Monument resident and retired Air Force Lt. Col. Arch Layman, seated, celebrates his 100th birthday with members of his family Dec. 24 at the senior living facility in Colorado Springs where he resides.

COLORADO SPRINGS • Arch Layman spent a third of his life in service to the United States.

Last month Layman, a retired Air Force Lt. Col. and World War II veteran, was the honoree of a Veterans of Foreign Wars car parade in celebration of his 100th birthday.

Many family and friends joined the Dec. 23 motorcade celebration outside the Colorado Springs facility where Layman resides that included the flying of American flags and waiving of handmade birthday signs. The next day, Layman’s family gathered outside with masks and social distancing to continue the celebration.

Layman, a longtime resident of Monument, has three children, eight grandchildren and 12 great-grandchildren — including born in 2020.

He has been a resident of Colorado Springs and Monument since 1975, when he retired from military service, a 33-year career which included service during WWII and the Vietnam War, starting in the U.S. Army Air Forces. Originally from Montreal, Canada, he grew up north of the U.S. border in Hawaii and California.

He was living in San Francisco when Pearl Harbor was attacked, and the following day he signed up for the California State Guard. He was then taken to a pier to defend the coast alone with a rifle and remained there for several days. In 1942, he became a naturalized citizen and was sent to Air Force officer training.

Layman’s service during most of WWII was spent in Topeka, Kansas, at Forbes Field where the base’s mission was preparing bomber crews for deployment to Europe. He met and married his wife Jacqueline Meyer, from Topeka, in 1946. Having gone into the reserves after WWII, Layman was recalled to serve during the Korean War in 1950 and later served for a year during the Vietnam War.

Both Layman’s parents were in the Salvation Army, and he grew up in parts of Montreal, Ottawa and Vancouver before his family moved to Honolulu for three years. There he attended a school for missionary children. He finished his schooling in San Francisco.

President Franklin D. Roosevelt had federalized the national guard after the attack on Pearl Harbor and Layman’s induction into the California State Guard.

After joining the U.S. Army Air Forces, he was stationed in the Mojave Desert near Rice, California, and realized he couldn’t be a commissioned officer without a U.S. citizenship. He flew to San Bernardino to be sworn in as an American citizen and flew back to camp. After taking a short leave, he was asked to go before the commissioning board with his citizenship papers and was informed he was being sent to Officer Candidate School in Miami Beach, Florida.

“The day I got off the train in Miami Beach, Clark Gable was right there in front of me,” Layman said. “He was a brand new 2nd Lieutenant.”

Layman trained with the U.S. Army Air Forces, assigned to a hotel in Miami, using any open area for training that included a golf course. He recalls being on crutches for two weeks during that time after twisting his ankle.

The Officer Training Squadron had doctors, lawyers and others from all over, Layman said, including Gilbert Roland, another movie star of the day. Finally, the squadron got their orders and the thousands of graduates were sent to a variety of places. He eventually was stationed at Topeka Army Airfield and commissioned as a 2nd Lieutenant in January 1943. He was released from active duty in 1946 but remained in the reserves before being recalled in 1950.

Layman’s family spent two years in Newfoundland in the early 1950s and four years in Japan in the late 1950s and early 1960s. After Vietnam, Layman retired from service after four years in Oslo, Norway at a NATO Base. He retired as an Air Force Lieutenant Colonel.

As for many elderly, this year hasn’t been the easiest for maintaining the lifestyle to which Layman is accustomed. In February 2020, Layman was able to make use of a walker to join others for meals at his facility, but when the COVID-19 pandemic measures went into effect, seniors were locked down in their rooms. Layman lost strength because he was no longer getting the exercise he had been, his daughter Lindsay Clewe of Monument said.

“It was so upsetting for him to move from where he had lived for years,” she said. “We were able to move him into a facility that provided more assistance.”

Layman, who now uses a wheelchair, has not been able to have family members visit with him in his room since the day he switched facilities. Because of pandemic precautions, he was not able to see family except by appointment, outdoors, remaining six feet away, and with all persons wearing face coverings.

“If you have hearing issues, that does not work,” Clewe said. “A Facetime appointment works better. The isolation and loneliness is devastating.”