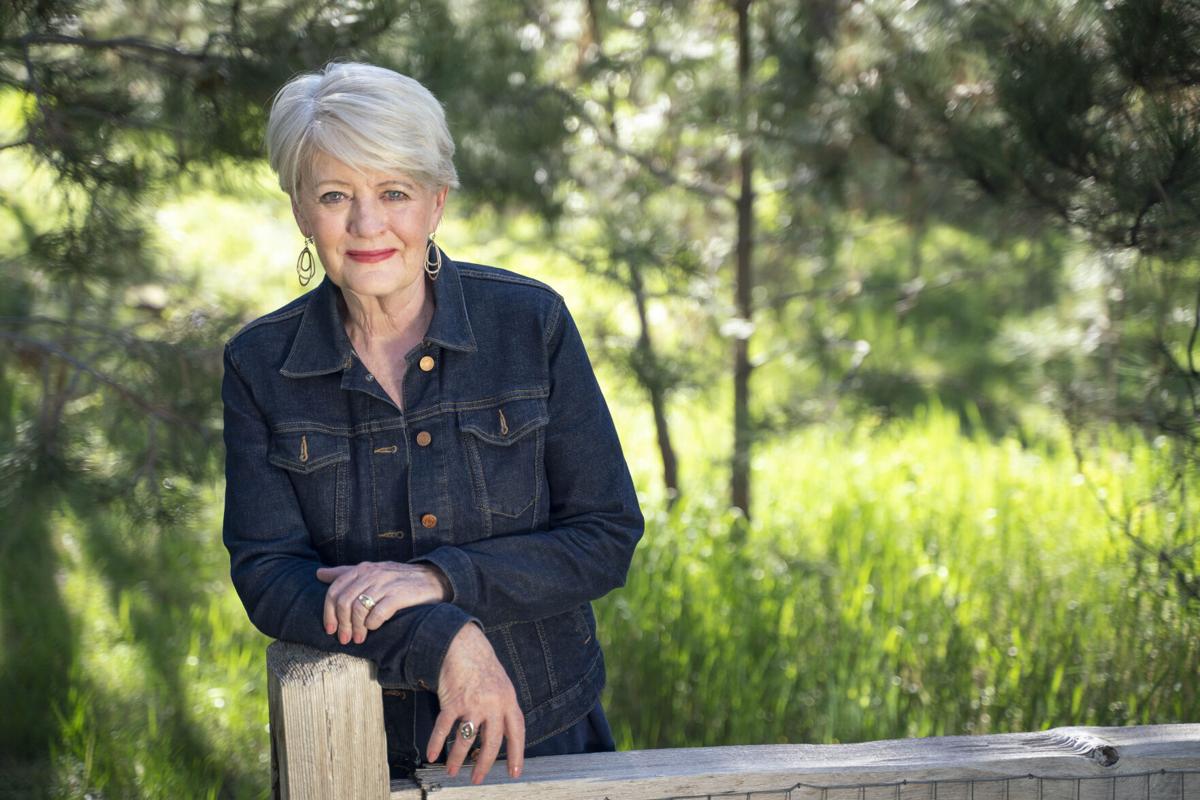 Sally Clarkson, who lives in Monument, is releasing her 21st book, “Awaking Wonder” this month. 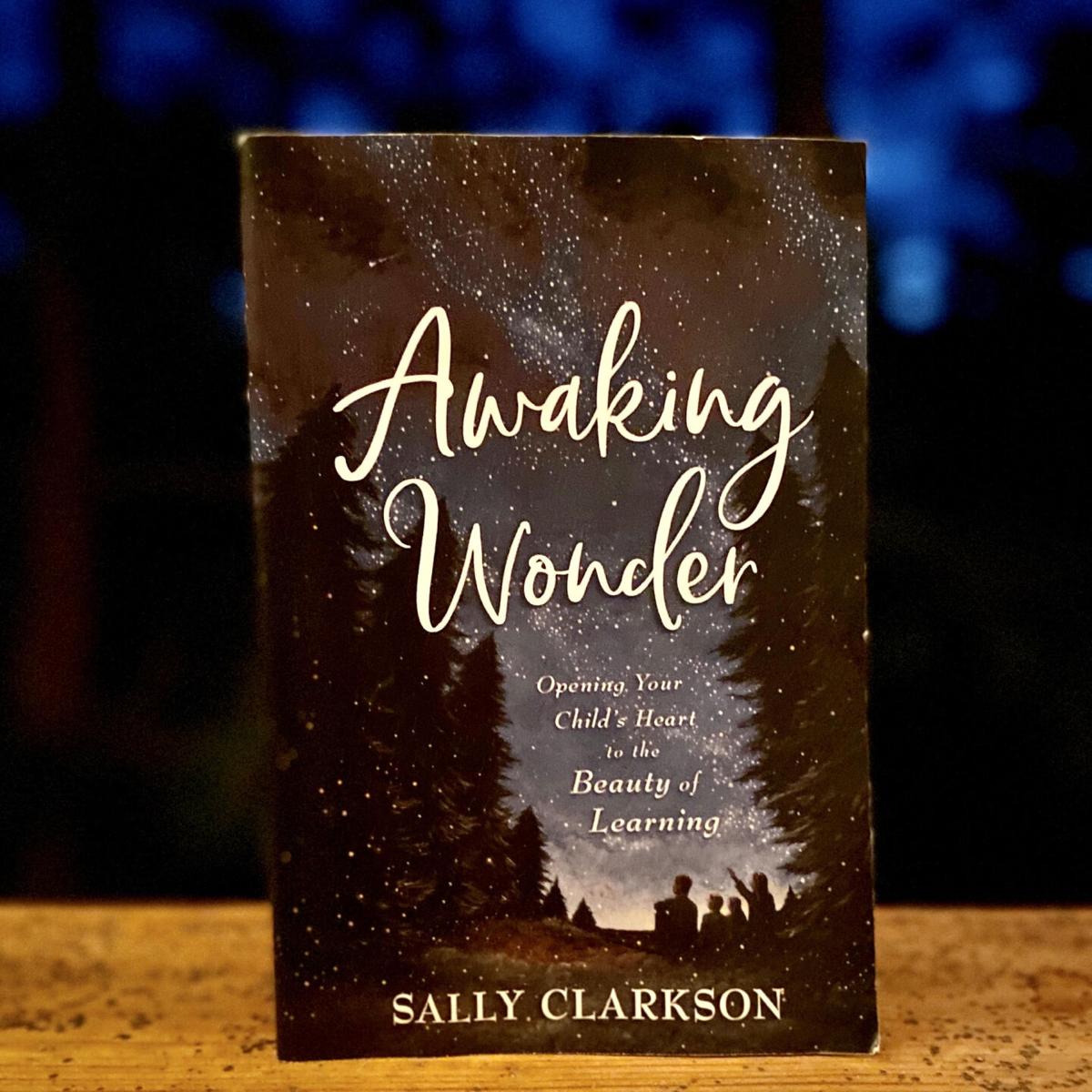 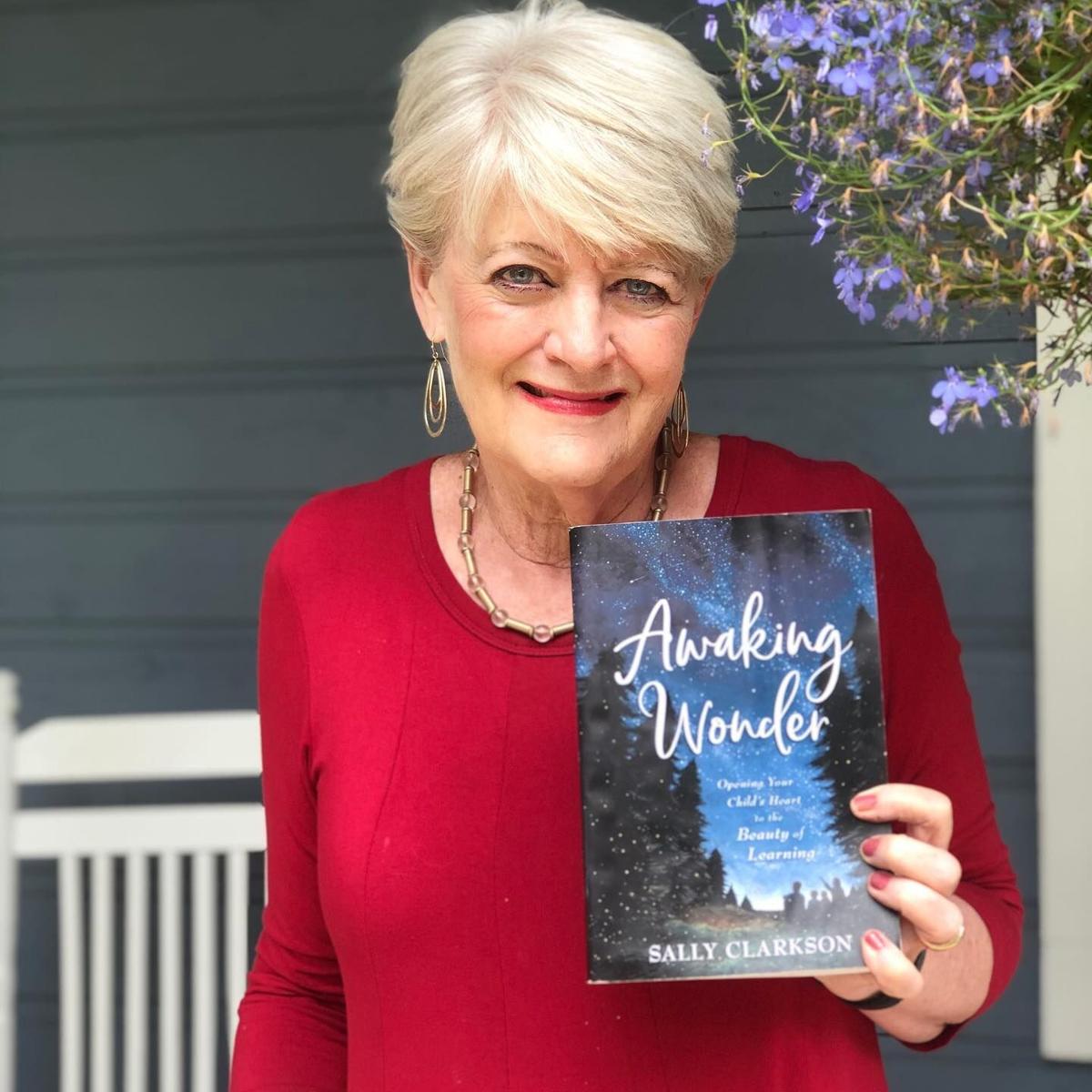 Sally Clarkson, who lives in Monument, is an author several best-selling books, podcast host, mother of four and an international public speaker. 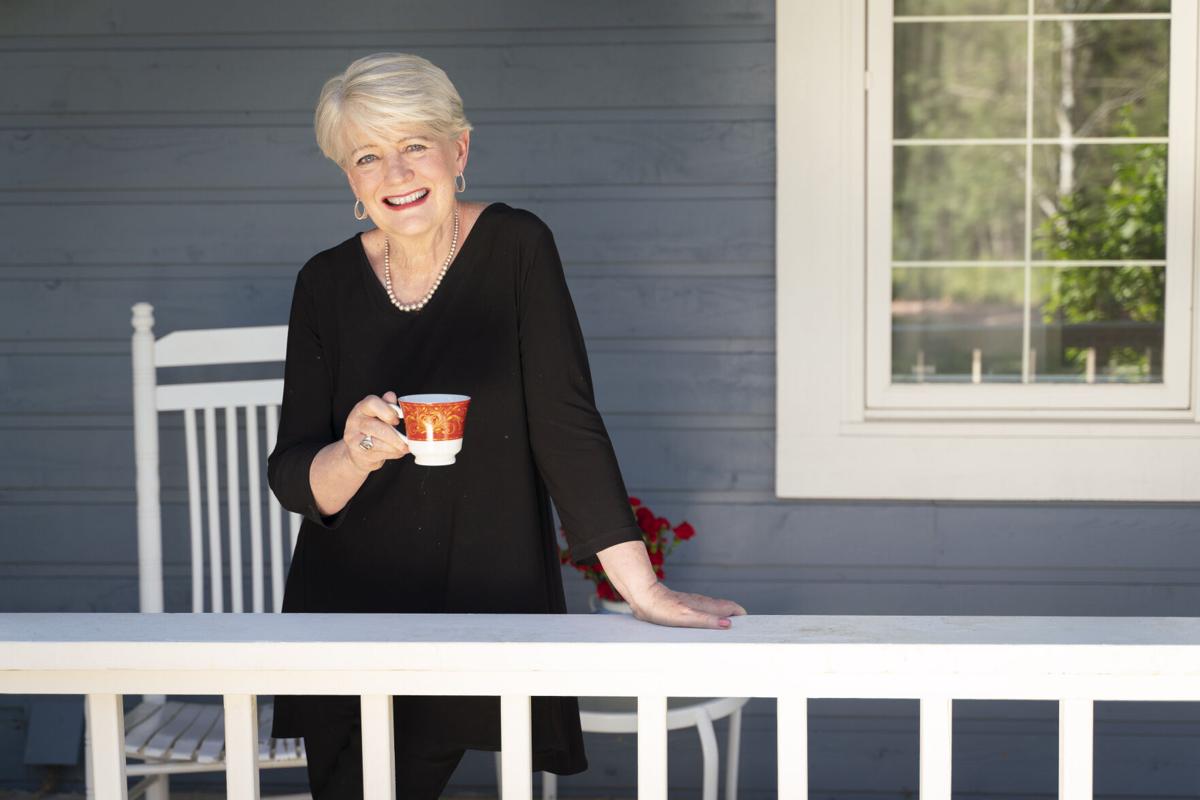 Sally Clarkson, who lives in Monument, is a bestselling author and speaker and co-founder of Whole Heart Ministries. 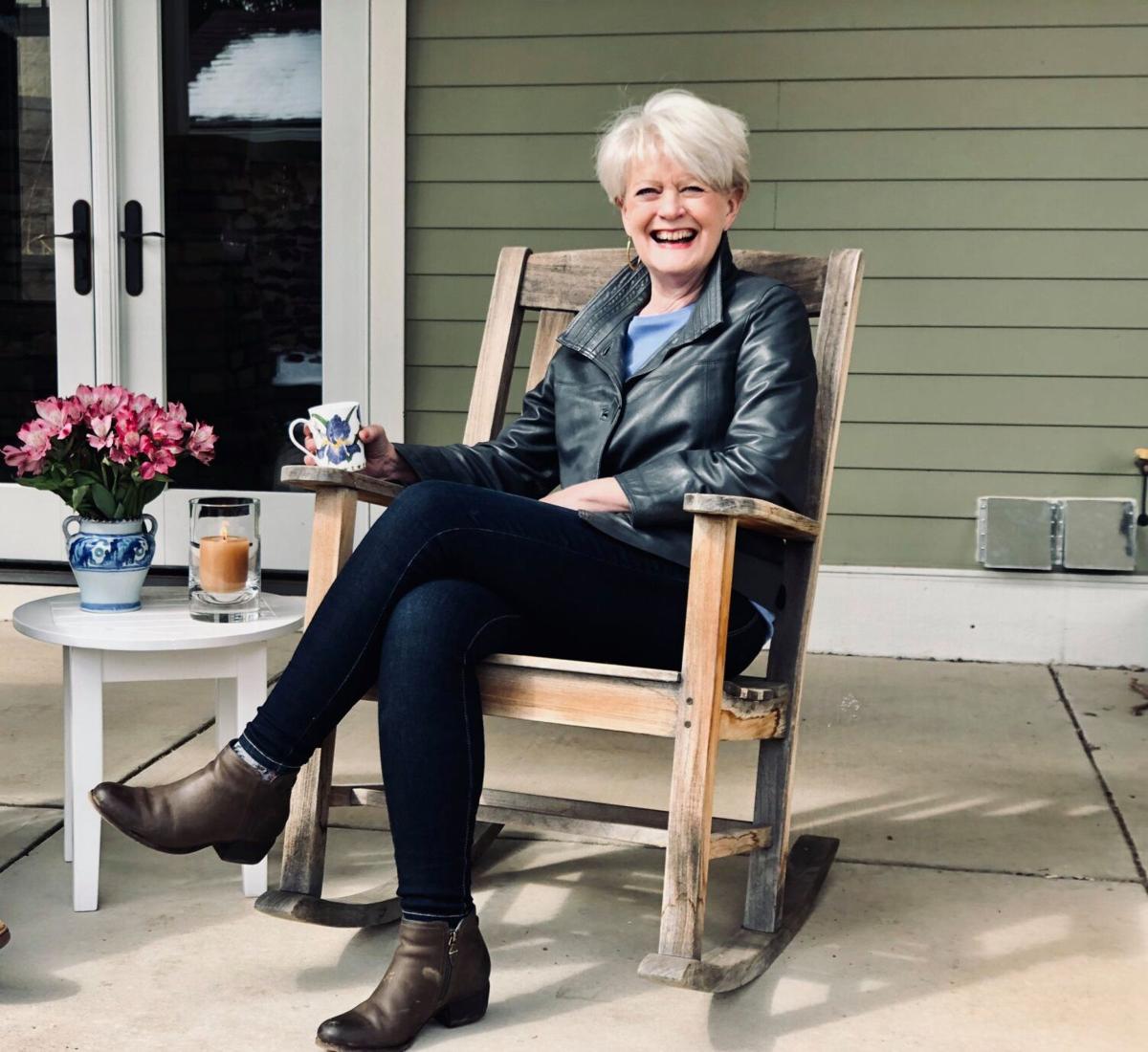 Sally Clarkson, who lives in Monument, is a bestselling author and speaker. 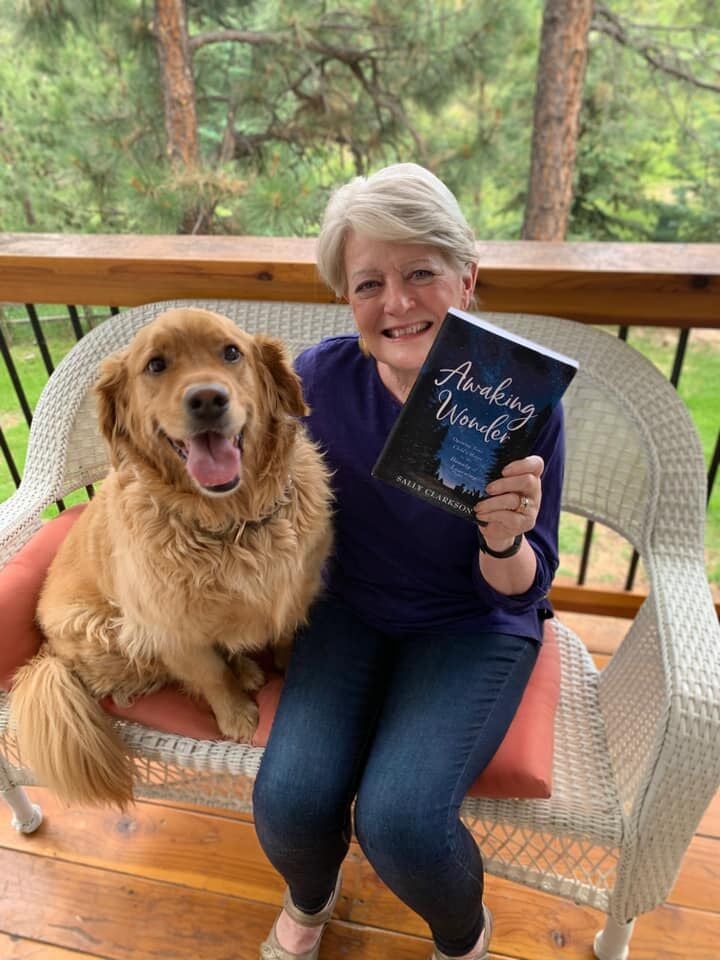 Sally Clarkson, who lives in Monument, is releasing her 21st book, “Awaking Wonder,” on Aug. 18.

Sally Clarkson, who lives in Monument, is releasing her 21st book, “Awaking Wonder” this month.

Sally Clarkson, who lives in Monument, is an author several best-selling books, podcast host, mother of four and an international public speaker.

Sally Clarkson, who lives in Monument, is a bestselling author and speaker and co-founder of Whole Heart Ministries.

Sally Clarkson, who lives in Monument, is a bestselling author and speaker.

Sally Clarkson, who lives in Monument, is releasing her 21st book, “Awaking Wonder,” on Aug. 18.

Sally Clarkson can’t remember the last time she stayed in one place for so long.

Her work as a bestselling author and speaker, and in Christian ministry, requires lots of trave. That’s the way it had been since her 20s, when the then-recent college grad traveled to Communist Eastern Europe and Vienna, Austria, to start her journey in overseas missions.

The adventure didn’t stop there.

When introducing herself, Clarkson often tosses out this fun fact: She has moved 19 times, including six times internationally.

It gives people a glimpse into the 67-year-old’s life filled with constant dreaming, reading, writing, mentoring and mothering. But just a glimpse.

In recent months, she hasn’t been going much of anywhere as COVID-19 canceled her travel plans and speaking engagements. So she’s been home in Monument more than ever. From her house, she’s been blogging; hosting her podcast; managing Whole Heart Ministries, which she runs with her husband, Clay; and sharing hopeful messages to her 100,000-plus followers on Instagram and Facebook. Oh, and she’s preparing for the launch of her 21st book — called “Awaking Wonder: Opening Your Child’s Heart to the Beauty of Learning” — on Aug. 18.

“It’s been so different for us,” Clarkson says from a wicker chair on her front porch. “I think I probably needed a little rest.”

Still, Clarkson says it’s easy to get restless at home. To curb boredom, she has set up “idealistic daily rhythms” with her husband and members of her staff who have been working from home. Among those rhythms, Clarkson doesn’t go a day without tea time or walking 5 miles around her neighborhood. Both habits come with stories.

Her love of tea began in Vienna, where afternoon tea was part of everyone’s schedule. “It seems so simple, but that’s how I would make friends and I did a lot of leadership training over tea,” she said. “So I just adopted it.”

She’s been a walker all her life. But she now walks at least three times a day to hit those 5 miles. That began in England, too, when Clarkson didn’t have a car.

“I liked it and so I just made it a commitment,” she said. “And it takes a long time for me to get 5 miles in every day.”

Clarkson has a story for every chapter of her life. They find their way into her books, which cover topics like building life-giving friendships and homes, the Bible’s misfits, motherhood and how to “Own Your Life.”

Her latest, “Awaking Wonder,” begins with a story about her family sleeping outside on their deck under the night sky. She writes about how each of them — she and her husband and their four kids — enjoyed the wonder of the stars separately, in their own “mind castles,” as Clarkson calls them. But, as she writes, “We were captured in the wonder of it all, together.”

“Awaking Wonder” is about Sally and Clay’s “secret” to parenting, including how they home-schooled all four of their kids without grades, a curriculum or tests.

The story behind that decision goes back to when Clarkson was pregnant with her first child and living in Vienna and the people from all over the world they met while working in an international chapel associated with the United Nations.

“As we were all talking and laughing and having lunch together around our table, I remember thinking, ‘I graduated from college, and I can speak partially four languages,’” she said. “But I had this feeling that I’d never been educated. I thought, ‘There’s so much I want to know.’ I was sitting there thinking, ‘I wish I knew of authors and musicians and countries in history.’”

She and Clay made the decision to educate their kids with that in mind. They focused on reading the great books, music and hearty discussions. And Clarkson said they grew up to follow their dreams without comparing themselves to others.

Her kids, ages 25 to 36, have grown up to be lifelong learners and authors. She’s a mother to a composer, an actor you might see on Netflix and a Ph.D. student.

“They not only responded to our out-of-the box education, but they’re all very purpose-driven and they have a strong faith,” Clarkson said. “And they actually still love us.”

Her biggest parenting tip has little to do with schooling.

“People ask me what our secrets were for influencing our children,” Clarkson writes. “This is the secret: Loving them well, generously, all the time, in every situation.”

She wants to extend that love to anyone who visits her home, where a porch sign reads “Welcome, sweet friends,” or who reads her words.

That keeps her busy.

“I think that I’m a message maker and I feel like the words that you think and believe will determine the direction in life that you live,” she said. “And so I want to help people find inspiration, goodness, purpose and God.”