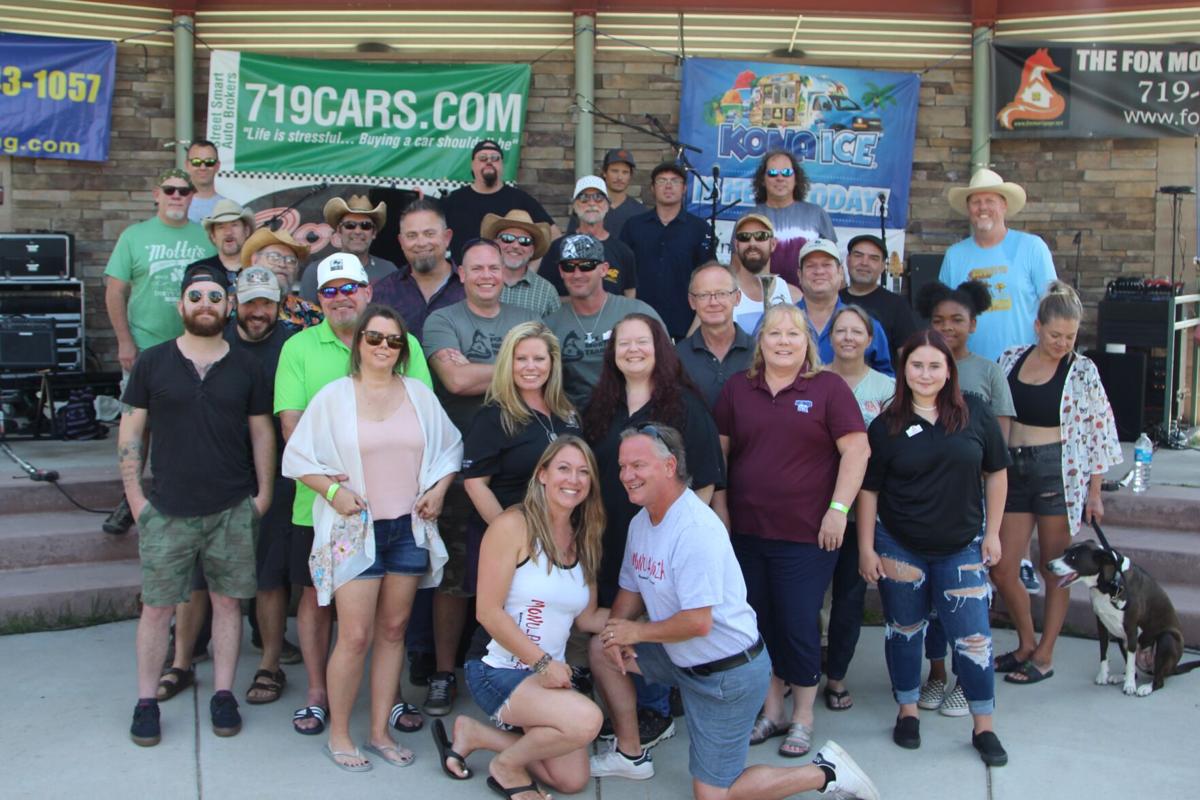 Monu-Palooza organizers, sponsors and participating band members (most of ‘em, anyway) at Limbach Park on Sept. 5. 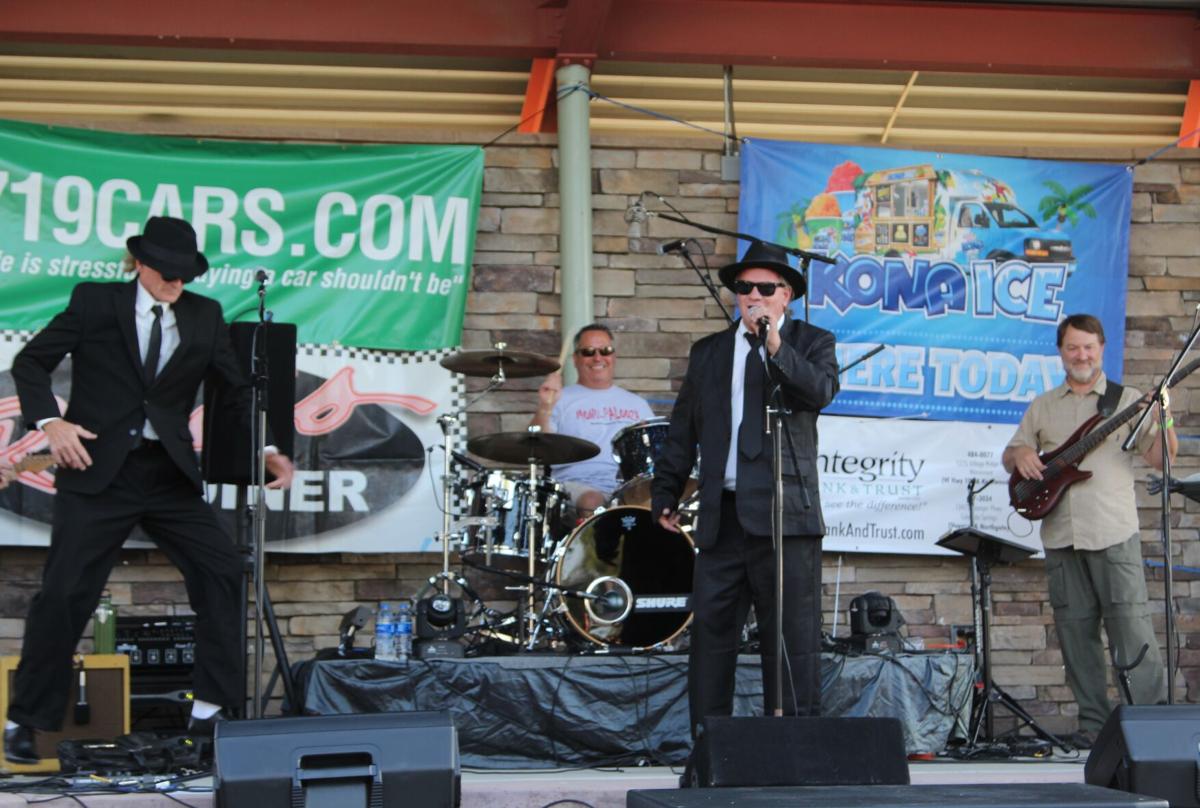 Jake and Elwood Blues, aka Tim Hilton and Charlie Searle, with Ashtonz rhythm section (Randy Simonoff and Bob Bowker) working to keep the Soul Train on the tracks. 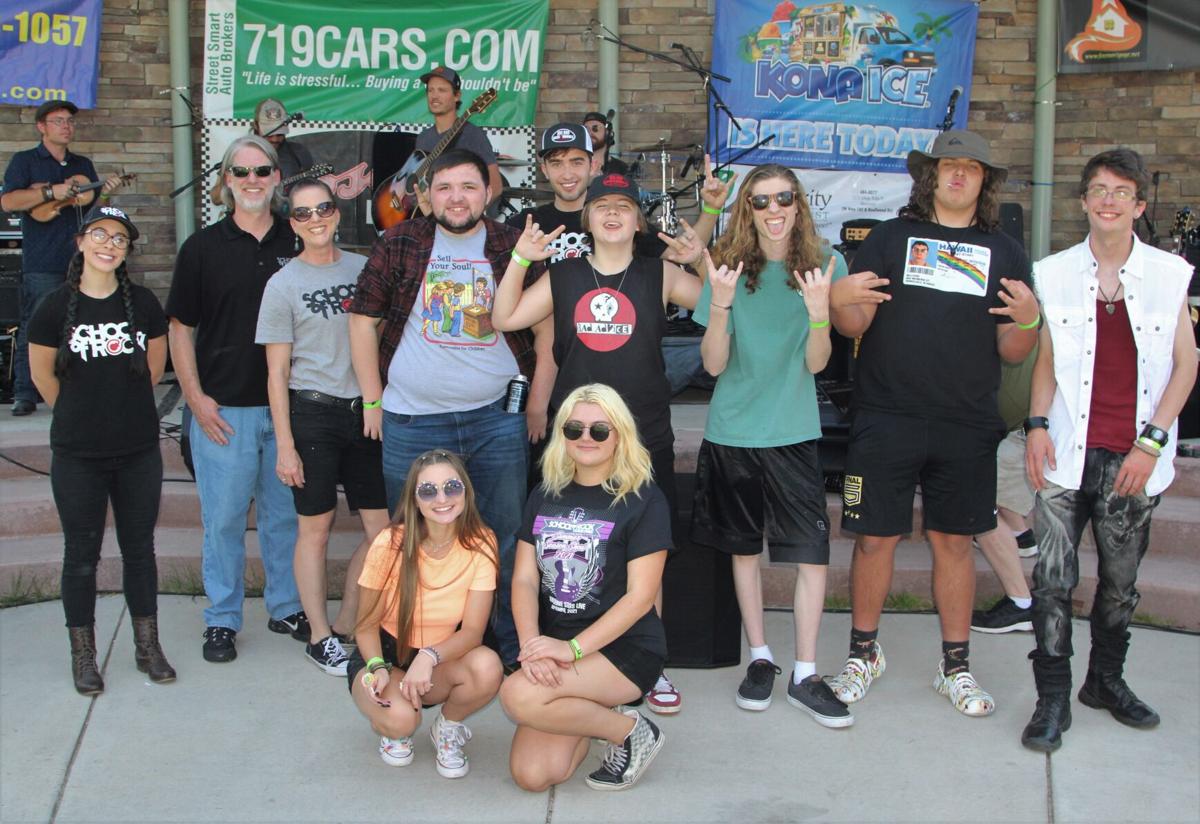 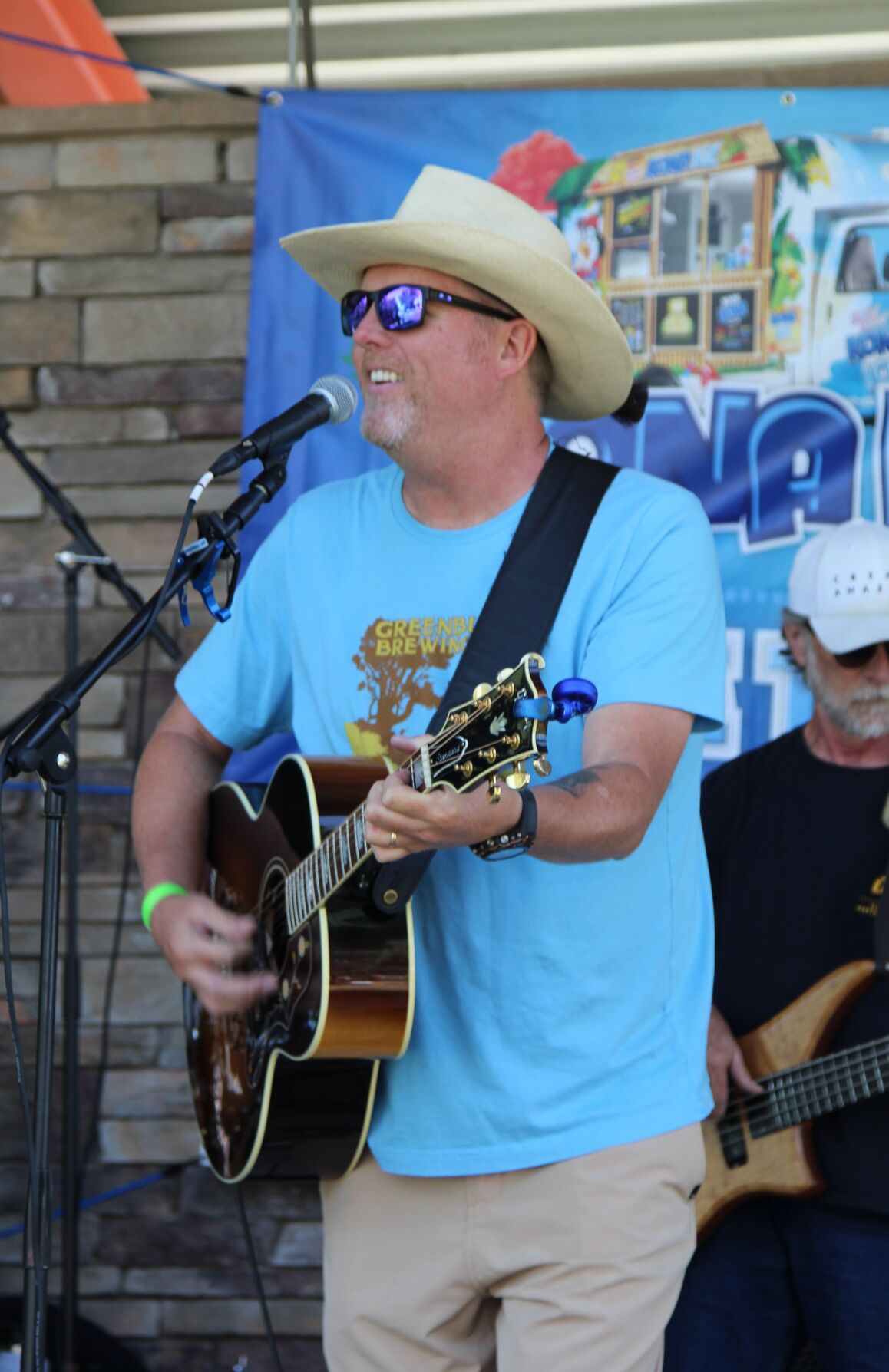 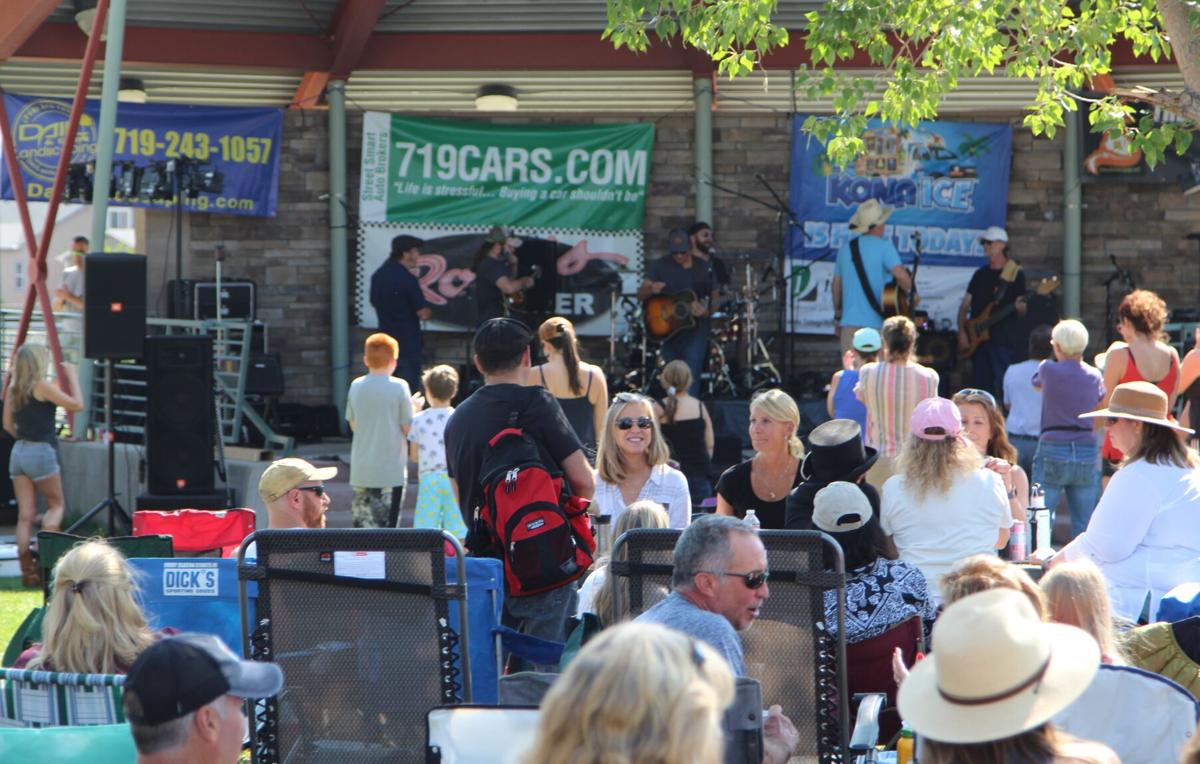 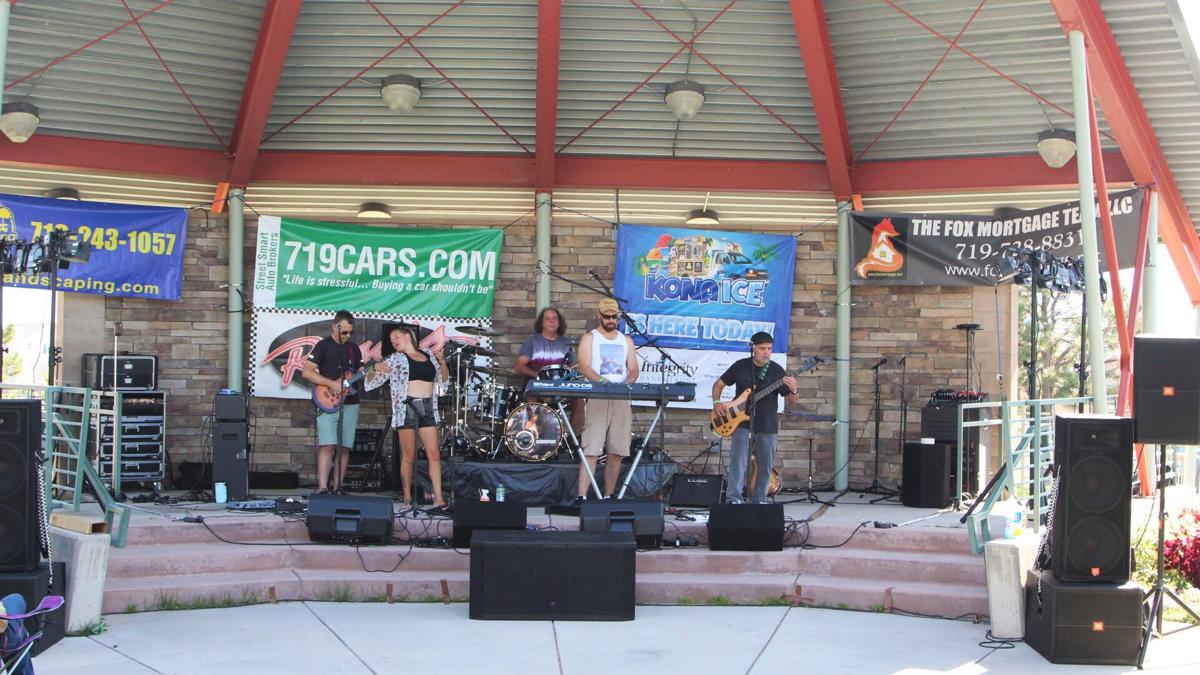 The Monument-based Eighty3 band in action at Monu-Palooza Sept. 5 in Limbach Park. 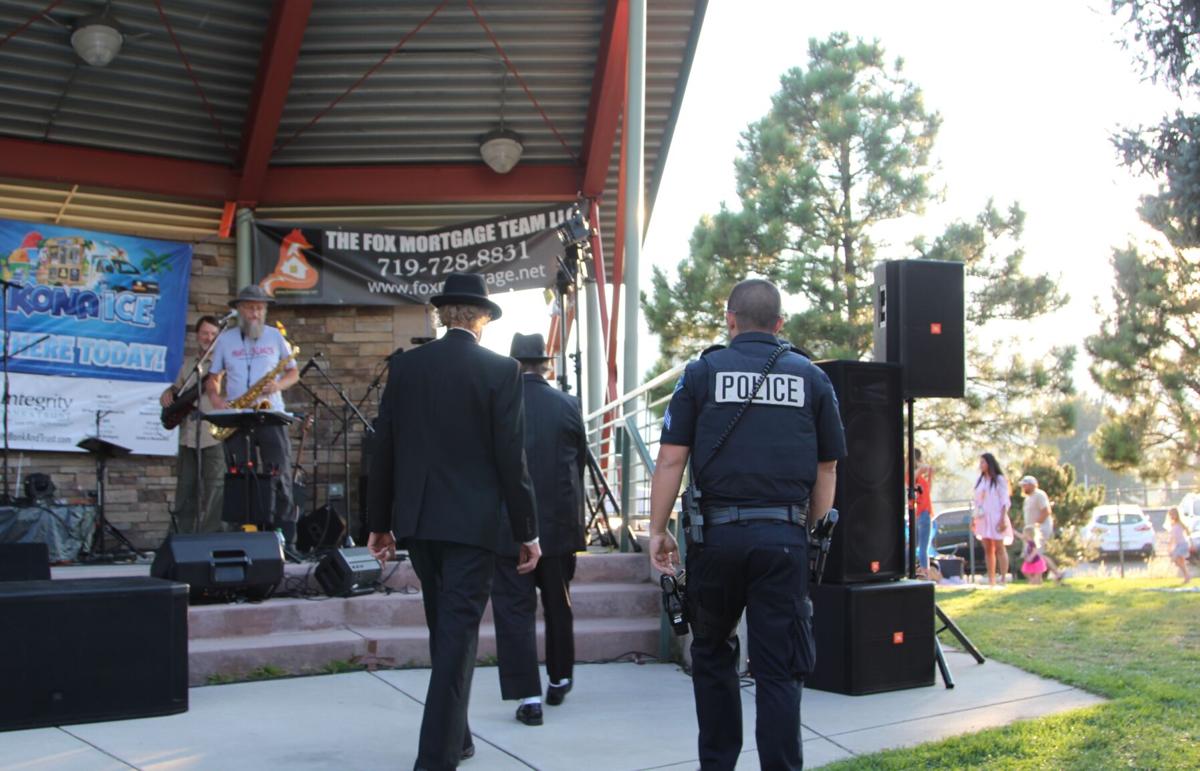 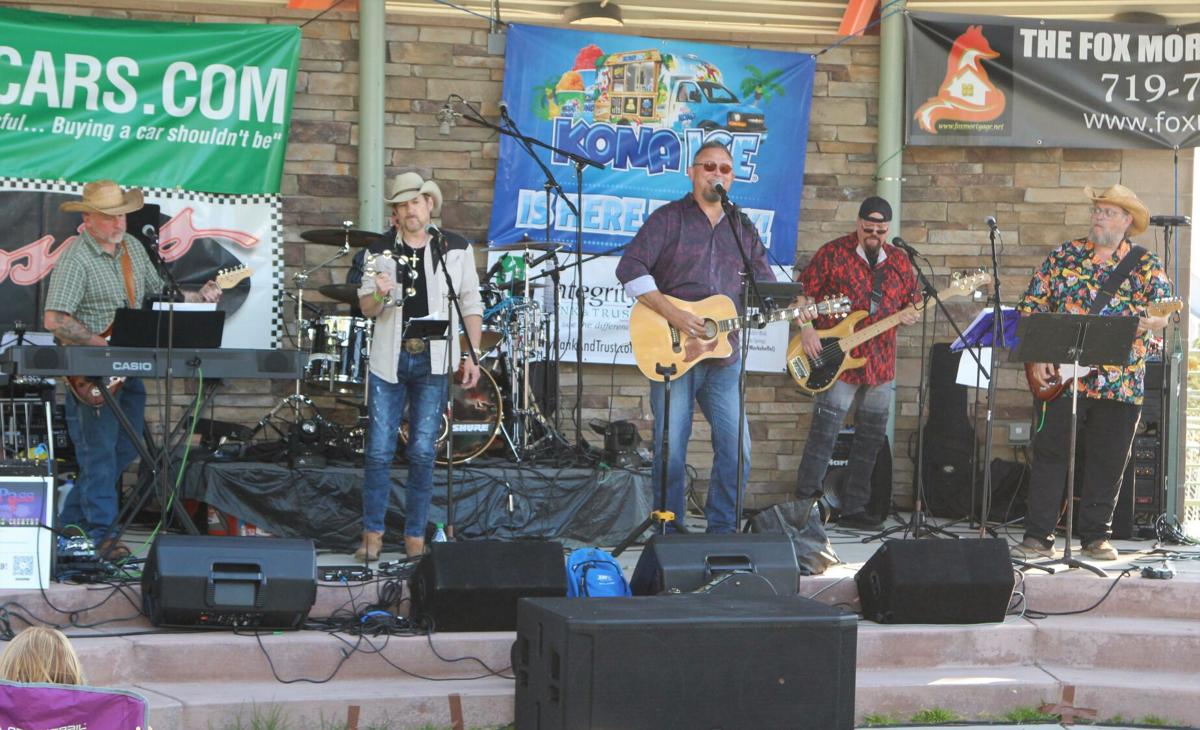 The high-energy but traditional country sound of Mosquito Pass on display at Monu-Palooza on Sept. 5. 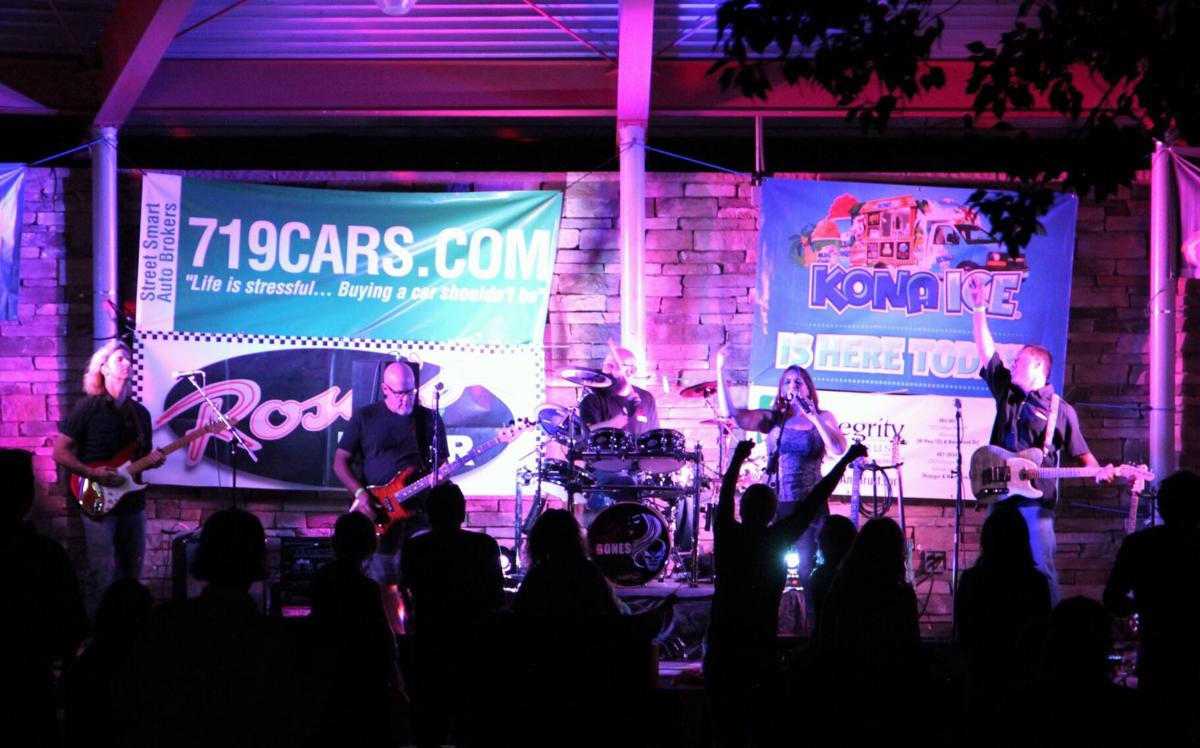 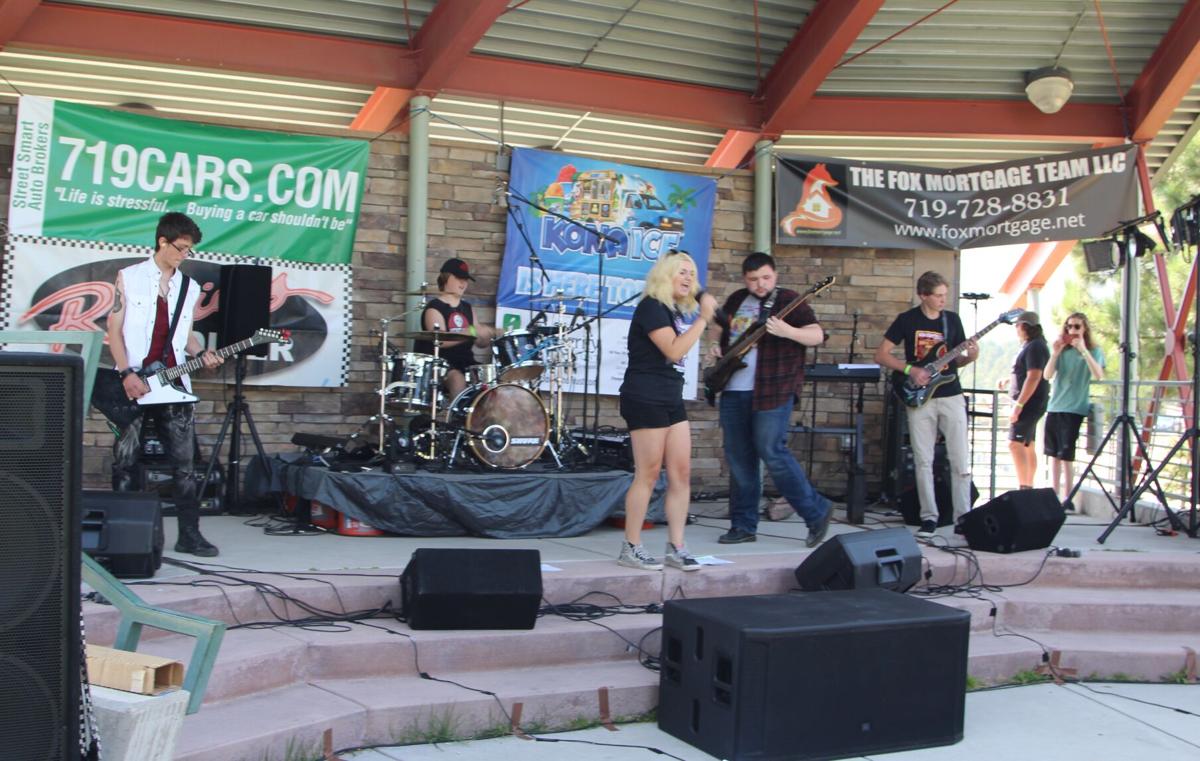 Monu-Palooza 5.0 opens with a set from Bad Advice, students at the School of Rock-Colorado Springs. 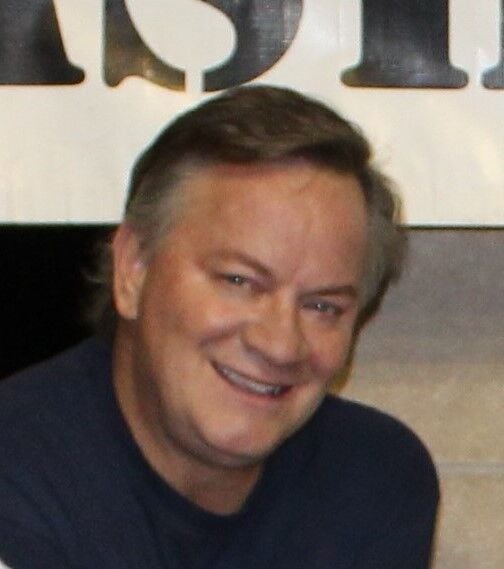 Monu-Palooza organizers, sponsors and participating band members (most of ‘em, anyway) at Limbach Park on Sept. 5.

Jake and Elwood Blues, aka Tim Hilton and Charlie Searle, with Ashtonz rhythm section (Randy Simonoff and Bob Bowker) working to keep the Soul Train on the tracks.

The Monument-based Eighty3 band in action at Monu-Palooza Sept. 5 in Limbach Park.

The high-energy but traditional country sound of Mosquito Pass on display at Monu-Palooza on Sept. 5.

Monu-Palooza 5.0 opens with a set from Bad Advice, students at the School of Rock-Colorado Springs.

The scene of the crime: Limbach Park, Monument, Colorado. The date: Sept. 5, 2021, 6:15 p.m. The offense: crimes against musical taste and common decency, and wanton defilement of the memory of the late John Belushi. Approximately 400 eyewitnesses on hand, including officer Andrew Romano of the Monument P.D. (who had no choice to haul this pair of two-bit con artists backstage for a little Motown-style justice). The verdict? Not guilty by reason of insanity …

OK, so the Blues Brothers bit at Monu-Palooza 5.0 last week was completely over the top. For that we can blame my good friend Tim Hilton, whose inspired lunacy it was. But what do you expect from a sexagenarian (which means age 60-something; not nearly as exciting as it might sound) who still does competition-level dirt biking in sun, rain, snow and ice when he’s not crafting high-dollar doors for the discriminating homeowner? But all’s swell that ends swell, and we got through the performance intact (with our dignity being the “soul” casualty).

This little escapade notwithstanding, our Labor Day Eve festival was a smash ― thanks to perfect early September weather, a terrific musical lineup and a park-full of friends and neighbors gathered for our fifth annual sayonara to summer in downtown Motown. The event was made possible by the Town of Monument staff (specifically Communications and Events Specialist Shannon Bryant) and our sponsors at the Fox Mortgage Team, Schur Success Realty/Auction/Appraisals, Integrity Bank and Trust, Street Smart Auto Brokers, Kona Ice, Dail and Son Landscaping and Rosie’s Diner.

The always underestimated (by me, anyway) game-day heavy lifting was handled by an all-star team led by my bride, Marissa, and her daughter, Lili, and the indefatigable Sandy Coyne. Big assists were provided by Ashtōnz drummer Randy Simonoff, walk-on MVP Tim Steinwinder of the Mosquito Pass Band (who showed up before the event and stayed ‘til the end, hours before and after his band’s mid-afternoon slot), Frank Hammond of Eighty3 and my good friends Rex and Cheryl Morford of Monument.

No elephants, fire-eaters or sword-swallowers were on hand, but the circus was definitely in town: professional sound man Scott Allen juggled six bands and some 30 musicians (each of whom wanted his/her instrument or mic turned up just a little louder than the next guy’s) while the event organizer stood by tapping his watch. Huge kudos to our buddy Scott, who doubles as leader of his own musical project, the Castle Rock-based Dance X band).

And what do you need at an eight-hour event to keep people from leaving the park (other than restrooms)? Food, of course … an excellent conveyance of comestibles from our friends at Black Forest Chew-Chew (Deanna Johnson and crew, who also owns and operates the excellent Black Forest Bistro), Pies and Grinders of Monument (thanks again to Mike Simon for the mid-day pizza infusion!), Tammy Walker’s A Taste of Colorado (terrific green chile), with sweet and cold dessert goodies from Lori Lynn’s Cookies and Cream and our sponsors Kona Ice (thanks one more time, Ray and Karen Mowry).

And though this wasn’t quite a gathering of Woodstockian proportions ― no mud, no nudity, no on-site births that I’m aware of ― we did have a wedding to celebrate. The ceremony actually took place on the outside patio at Hearth House Weddings and Events just across the street from the park, for which we paused the music for 15 minutes in a show of somewhat impatient sportsmanship (followed by an appropriately rollicking rendition of Billy Joel’s “You May Be Right” by Mosquito Pass). Here’s to love, music and connubial bliss!

Monumental props to our bands for the locally-sourced, cage-free tunage: Bad Advice (featuring students from School of Rock-Colorado Springs), the expatriated Jason Miller Band (a longtime Black Forest resident, Mr. Miller returned to Colorado for the weekend from his home in New Braunfels, Texas), the Monument-based Eighty3, Mosquito Pass, Ashtōnz and Skin & Bones (whose closing set was the best performance I’ve seen from them, with new member Sean McCulla made his axe-wielding presence felt). “Leave ’em wanting more,” as they say, and every band did. Thanks for bringing your A-games, Monu-Paloozers! (Sorry, just couldn’t help myself.)

Parting shoutouts to our announcer extraordinaire Rich Schur (step aside, Michael Buffer!) and to Monument police chief Sean Hemingway, whose sense of potential humor was key to getting the off-shift Officer Romano on board for the “Soul Man/Sweet Home Chicago” song-skit that kicked off Ashtōnz’ set. And lastly, thanks to my bandmates Nathan Gillis, Randy Simonoff, Bob Bowker and Kerry Paige for taking the musical monkeyshines in stride, as always. See everybody on Sept. 4, 2022!