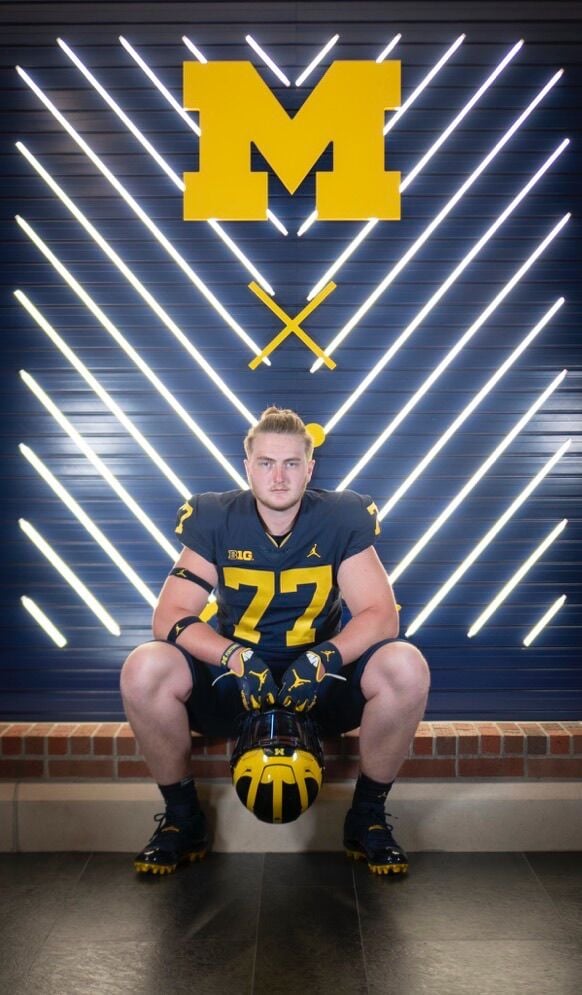 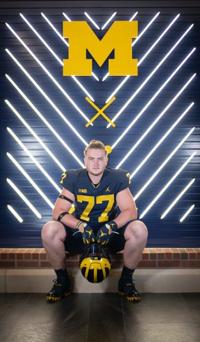 Palmer Ridge High School senior Connor Jones plans to sign his letter of intent to play football at the University of Michigan Dec. 15. 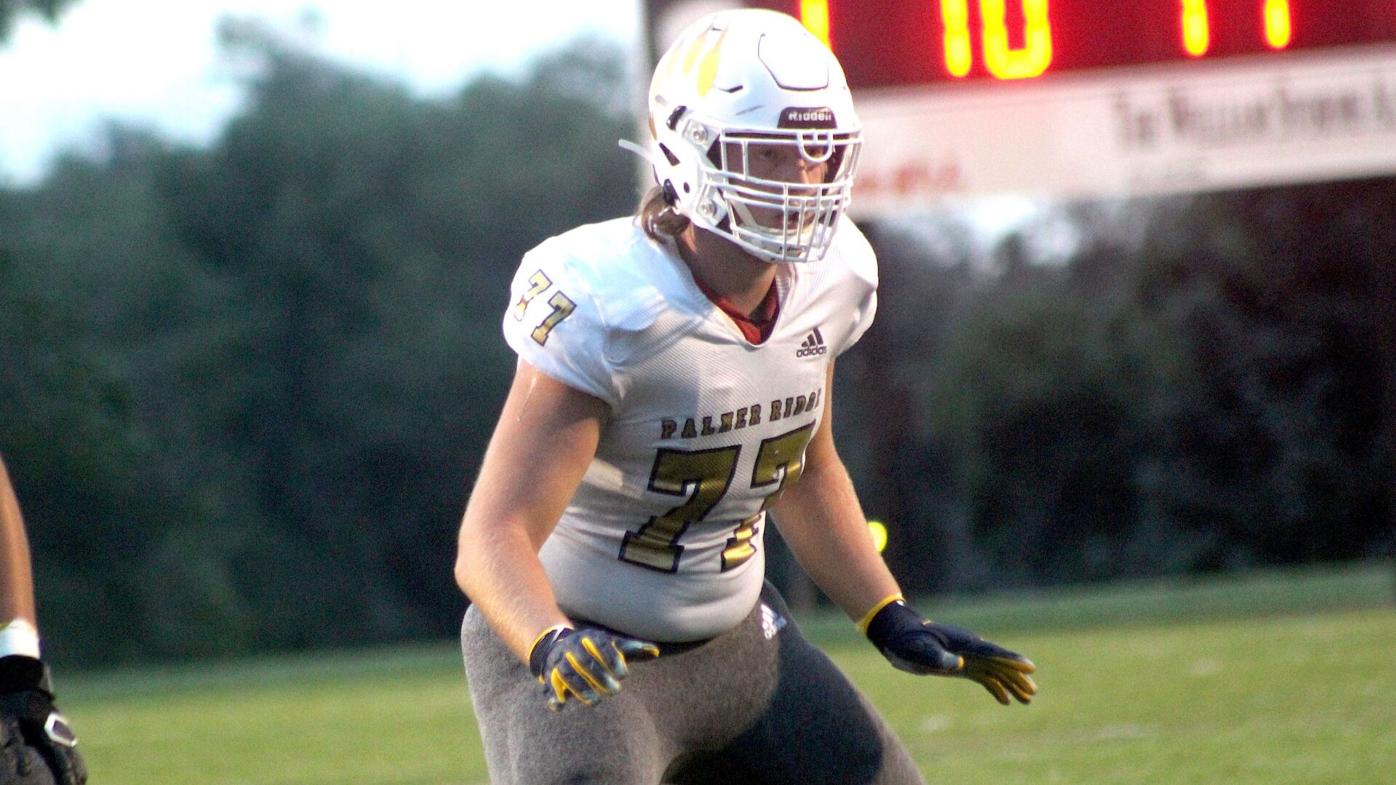 An offensive tackle on the Palmer Ridge High School football team, Connor Jones went through the recruiting process last year with the University of Michigan. By following NCAA guidelines, the senior is set to graduate high school early and start attending Michigan by early next year. 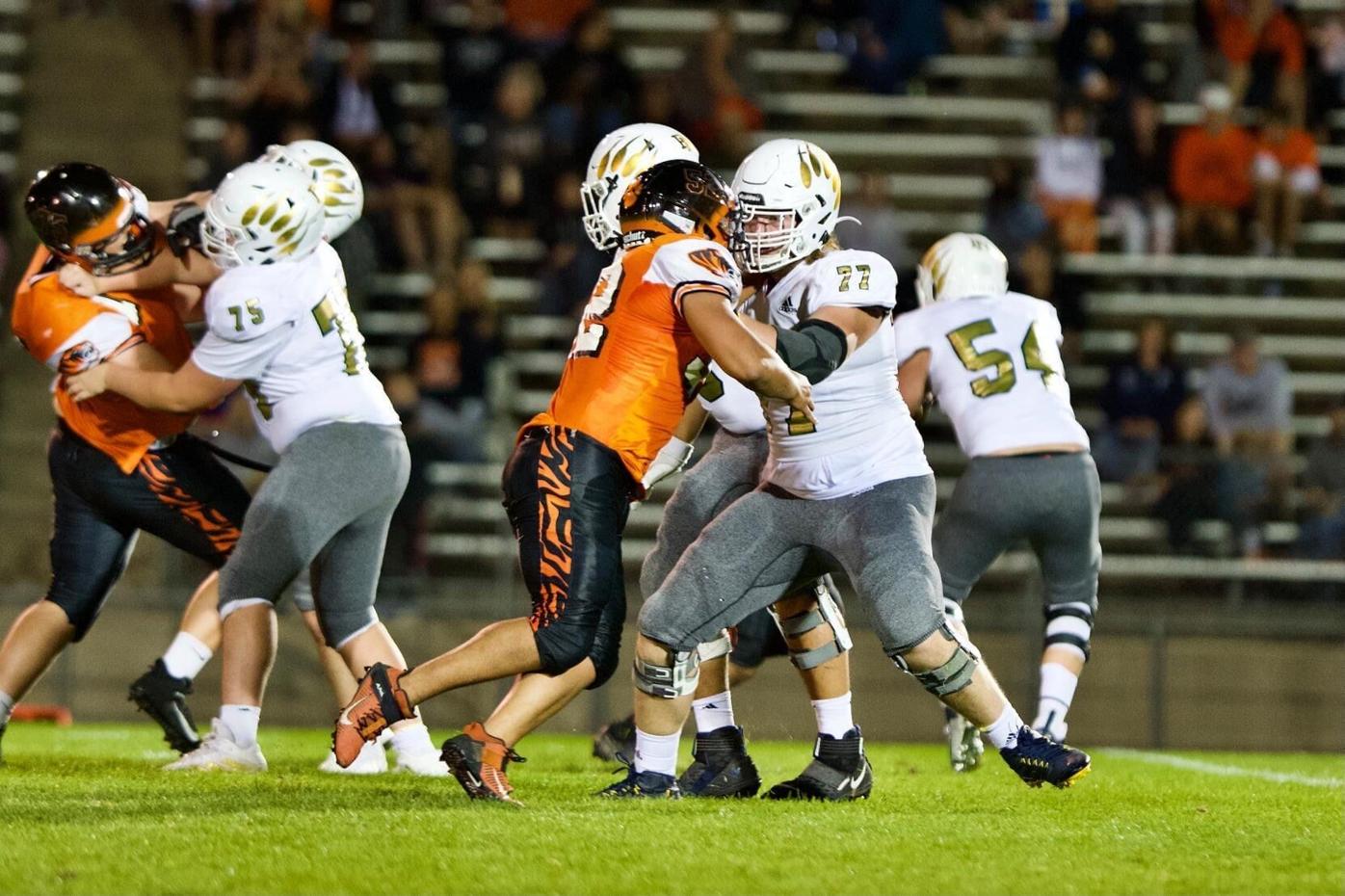 Palmer Ridge High School senior Connor Jones plans to sign his letter of intent to play football at the University of Michigan Dec. 15.

An offensive tackle on the Palmer Ridge High School football team, Connor Jones went through the recruiting process last year with the University of Michigan. By following NCAA guidelines, the senior is set to graduate high school early and start attending Michigan by early next year.

MONUMENT • While Palmer Ridge High School’s football season is over, Connor Jones’ future in the sport is just getting started.

Jones, a senior offensive tackle for the Bears, plans to sign his official letter of intent to play at the University of Michigan this month. What’s more, he will graduate high school early to do so.

Jones started playing football at age 7. In his first season, he played tight end and defensive end; later, he moved to under center.

As he grew older, Jones transitioned to the tackle position. In his high school career, he started 13 games at guard and one at tackle.

At the end of his freshman year, Jones joined the gym SixZero, owned by Matt McChesney, who has football connections at the college and professional level, Jones said,.

After his sophomore season, Jones was paid a visit by Ed Warinner, then Michigan’s offensive line coach. The coach pulled up Jones’ transcripts and began the recruiting process.

It was the morning of Sept. 1, 2020 when Warinner made an offer to Jones via text message to play at Michigan. Soon after, seven other Division I college football programs made similar offers to Jones, who then started making virtual visits to schools.

A year ago, Jones and his father visited Michigan, Indiana and Northwestern. Upon their return, Jones, a high school junior at the time, was on the phone with Warinner when he committed to the Wolverines. He announced his intention live that Christmas Eve.

Soon, on Dec. 15, Jones is set to sign his letter of intent to play football at Michigan.

Standing more than 6 feet with broad shoulders, Jones said he believes he’s a physical match for the offensive tackle position.

Jones said the opportunity to play Division I football is not only exciting but also that Michigan is his “dream school.” He said he based his decision on three criteria, that the post-secondary school had to help him with his degree plan, feel like home and offer him the best chance to reach the NFL.

“Michigan gives me a really good shot at that,” Jones said. “It is a really awesome feeling. It is really hard to explain, but it’s an amazing feeling.”

Thanks to working with his high school counselor and having a good understanding of the NCAA guidelines, Jones puts himself in a position to graduate high school early.

However, Jones said, transitioning from Palmer Ridge to the next level will be bittersweet.

“It’s sad, but it was only one chapter of my life, and I am moving onto the next,” he said. “I will always love the guys that I played with.

“I am super excited. I have a really good opportunity in front of me.”

Despite his early departure from PRHS, Jones plans to return to Monument to participate in Palmer Ridge’s graduation ceremony later in the year. Jones said Michigan does a good job of letting new students in similar situations to come home to participate in senior events.

As Jones departs Palmer Ridge and Monument, he leaves behind an example for younger student athletes who may have dreams of playing Division I football. His advice to young athletes is to find themselves a “really good set of friends that will set you up with success.” He also said marketing themselves by using social media is key along with enjoying their time in high school.

“Going through this experience has broadened my knowledge, not only on our country but how to talk to people, and has really taught me how going out and gaining connections is so important in our society,” he said.

Jones is among 14 athletes at Lewis-Palmer and Palmer Ridge high schools who’ve signed to play at the college level. They are: