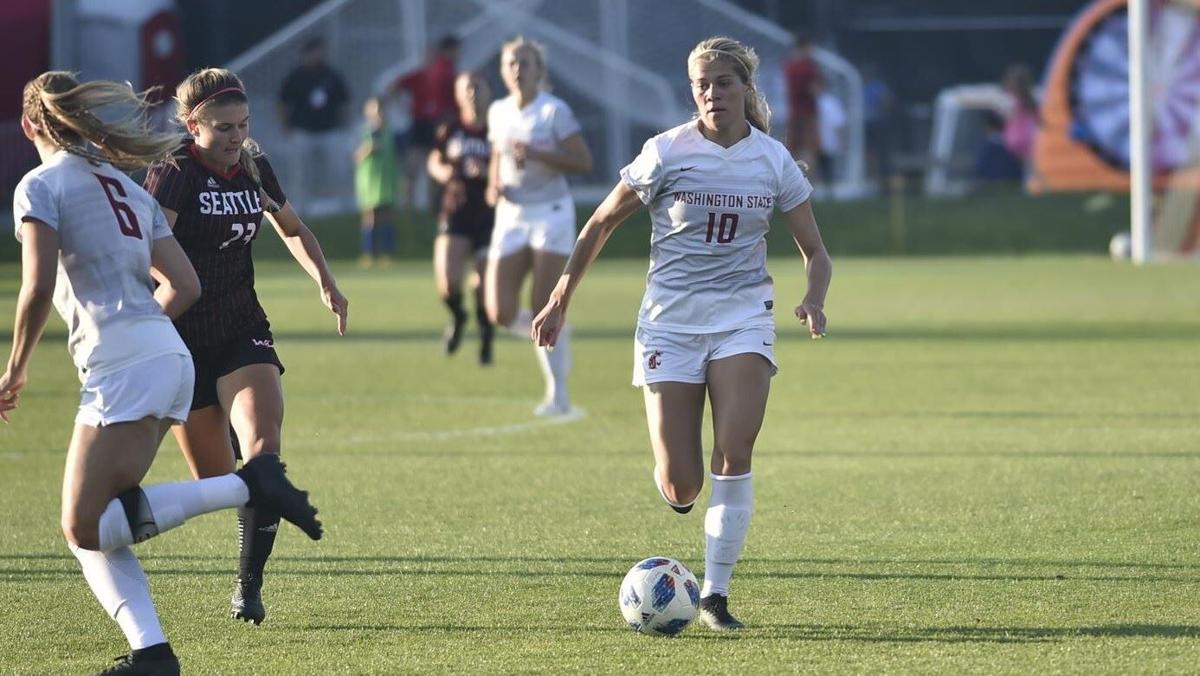 Bri Alger, a 2017 Lewis-Palmer graduate, was drafted by the Chicago Red Stars of the National Women’s Soccer League on Jan. 13. The Red Stars selected Alger with the 25th overall pick. She is a senior at Washington State University. 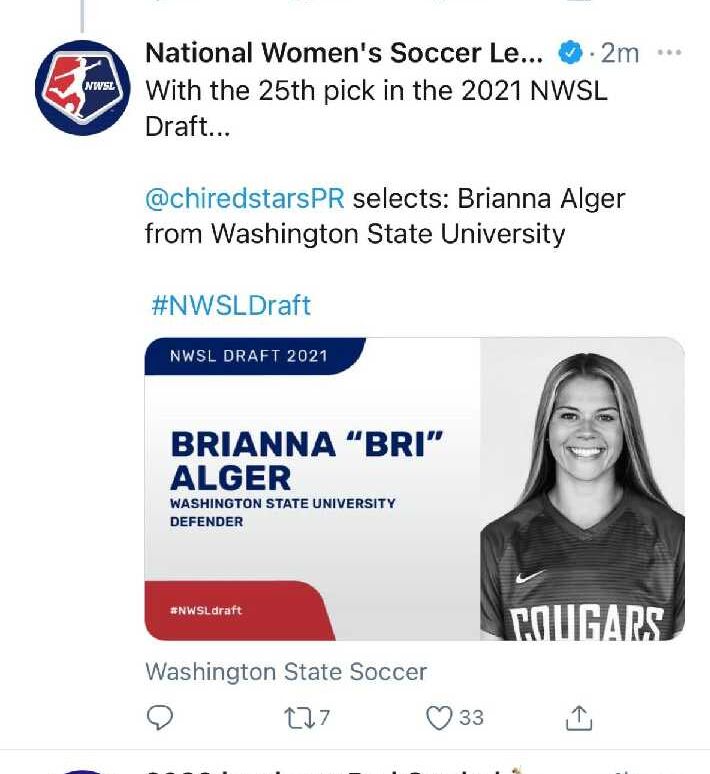 Bri Alger, a 2017 Lewis-Palmer graduate, was drafted by the Chicago Red Stars of the National Women’s Soccer League on Jan. 13. The Red Stars selected Alger with the 25th overall pick. She is a senior at Washington State University.

Brianna Alger was not surprised she was selected in the 2021 National Women’s Soccer League Draft on Jan. 13. But she was shocked by the team who called her name.

Alger, a 2017 Lewis-Palmer High School graduate who is in her senior season as a defender with Washington State, was tabbed by the Chicago Red Stars in the third round with the 25th overall pick. Leading up to the draft, she had talked with three different NWSL teams. Chicago was not one of them.

“I was expecting Houston to draft me 26th,” Alger said from her home in Pullman, Wash., following the draft. “We talked on the phone the night before the draft. When my name was called by Chicago I was like, ‘Wait! What!’ I never talked with Chicago, but I’m glad they drafted me. To get drafted anywhere is exciting.”

With the 25th pick in the 2021 NWSL Draft...@chiredstarsPR selects: Brianna Alger from Washington State University

Prior to the draft, Alger had been contacted by Houston, Seattle and Portland. After she was drafted by Chicago, she received a call from the Red Stars coaches.

“They are super nice,” Alger said. “They said they drafted me for defense. That’s what I play now, so I think I will be able to make the transition.”

A left-footer with a booming kick, Alger shined in her first three seasons at Washington State. In 2019, she moved to a new position as a left back and started all 24 games while playing 2,098 minutes — the most of any field player. She was named Third Team United Soccer Coaches All-Pacific Region as well as Third Team All-Pac-12.

Alger finished her junior season as just the third Cougar in program history to record double-digit assists with 10. That was the most of any defender in the Pac-12 and 50th in the country at 0.42 per game. Twice, she earned Pac-12 Defensive Player of the Week honors and was named to the inaugural Pac-12 Fall Academic Honor Roll.

As a sophomore, Alger started 13 of the Cougars’ 20 matches. She scored three goals in only nine shots on goal and earned Pac-12 All-Academic Honorable Mention.

Alger was a four-year starter for Lewis-Palmer. As a junior, she led the Rangers to the Class 4A state championship, while topping the team in goals (29) and assists (12). She had five goals in a game against Discovery Canyon that season.

It will likely be months into 2022 before Alger dons a Chicago uniform. Women’s college soccer usually takes place in the fall, but the NCAA had concerns over the COVID-19 pandemic, so it delayed the season into this winter and spring. Alger said that the Cougars will open their shortened campaign on Feb. 11.

Because of the fallout of the pandemic, all fall NCAA athletes were granted an extra year of eligibility. Alger plans on taking advantage of it. She will graduate in May with her degree in business management and advertising, then return to the school next fall as a master’s student and play for the team in her second senior season. She plans to join Chicago sometime in the early stages of 2022. The NWSL season typically begins in May.

“I’m really hoping to take advantage of this spring season and next fall season,” Alger said. “With COVID shutting down everything really quick, it will be nice to get a second chance.”

Alger is the third player in the Pikes Peak region to get drafted by the NWSL in the last three years, following Colorado College’s Lauren Milliet in 2019 and Pine Creek’s Ally Watt in 2020.