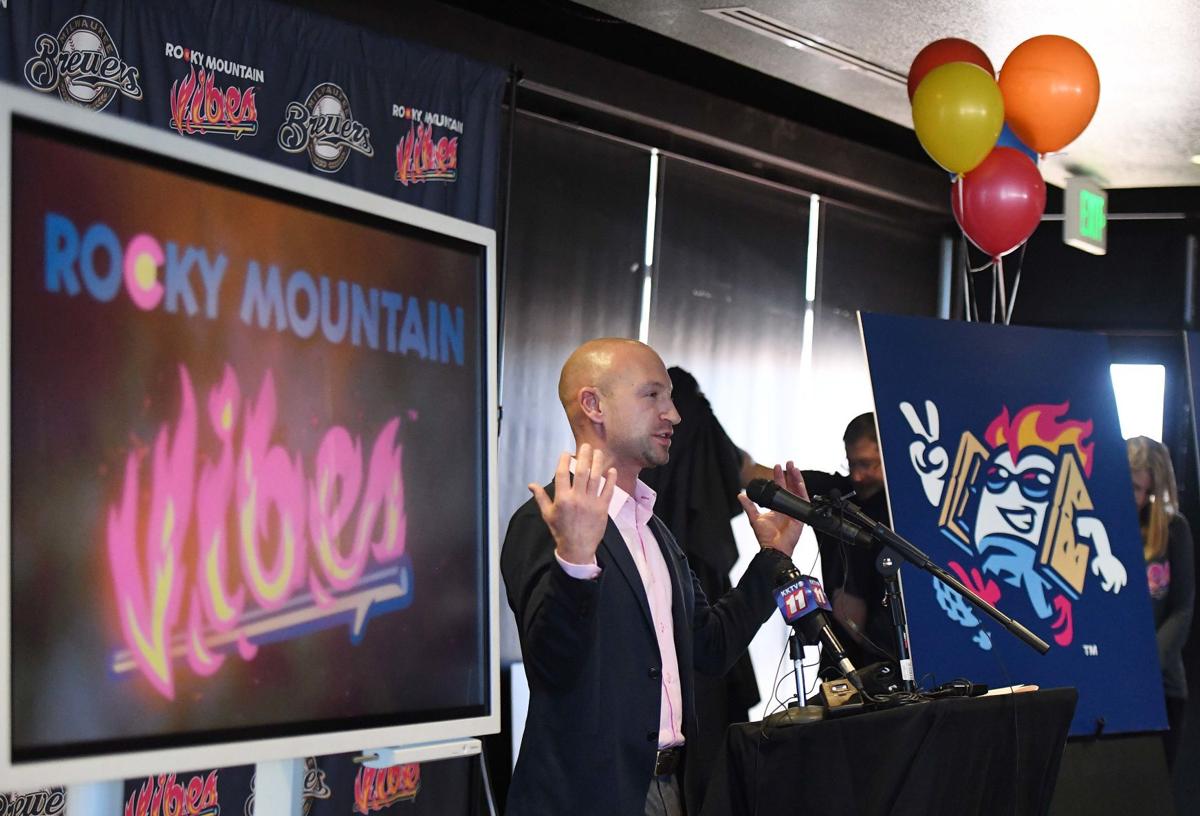 President and general manager Chris Phillips reveals the name and mascot for the Vibes on Nov. 19, 2018. 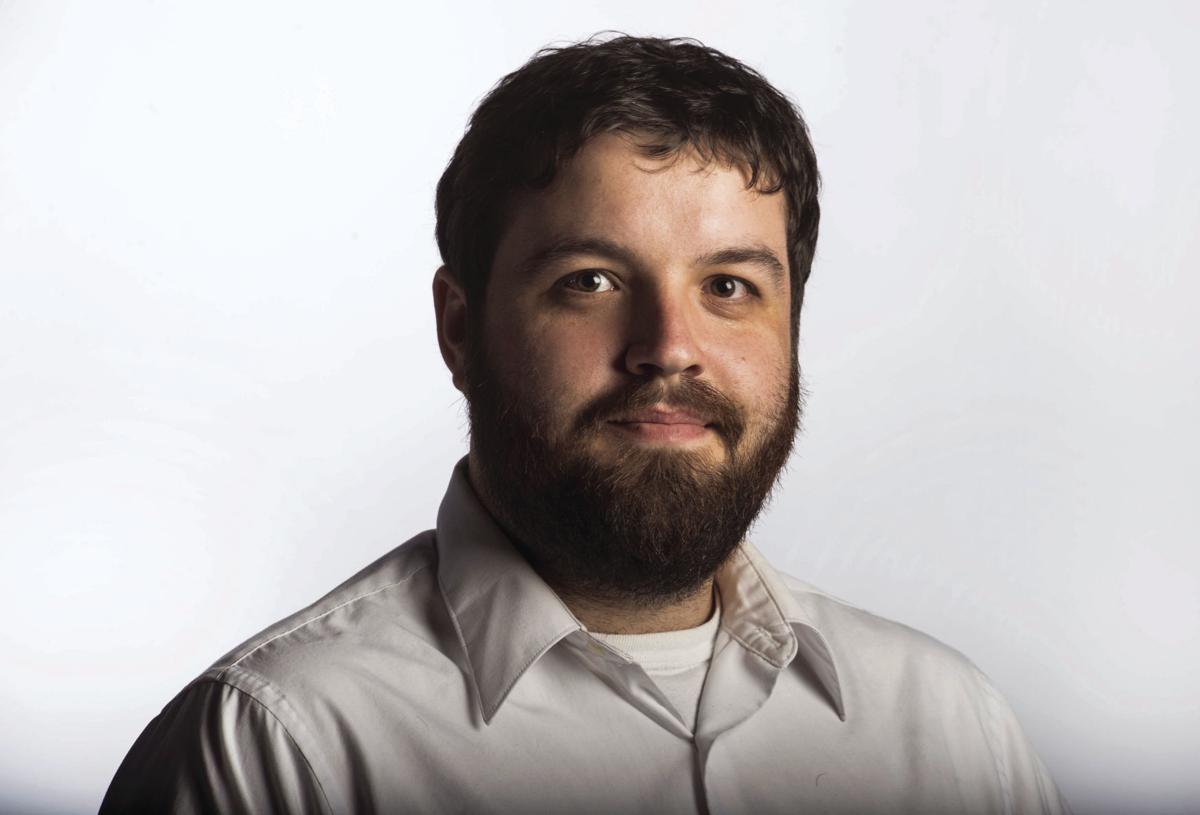 President and general manager Chris Phillips reveals the name and mascot for the Vibes on Nov. 19, 2018.

This is part one of a two-part column series. Part two, which will be published May 15, will break down the on-the-field effects of the team moving from Triple-A to Rookie Advanced.

This offseason has simultaneously been the most stressful and fun in Chris Phillips’ 17-year career in minor league baseball.

When the rebranding of the Colorado Springs Sox to the Rocky Mountain Vibes was unveiled in November, it was the culmination of a years-long journey.

The process truly started in 2014, when the Colorado Rockies bailed on Colorado Springs as their Triple-A affiliate. That relationship began with the inception of the Rockies themselves in 1993, when Major League Baseball awarded Denver an expansion franchise.

“That certainly was kind of the straw that broke the camel’s back,” said Phillips, Vibes president and general manager. “This market only made sense as a Triple-A market for one major league team, and that’s the Rockies. They’re the only team that plays at altitude. Every other major-league team is at sea level. When we partnered with the Brewers, quite frankly, they were easier and better to work with than the Rockies were. And they loved it here, but it became apparent after the first couple years — when we’re snowing out seven or eight games in April and May — that, like, this sucks.”

The MLB stepped in and the relocation process was underway, resulting in the Sky Sox moving to San Antonio. It was after the 2016 season that they began weighing the possibility of getting another team to Colorado Springs. The team-shuffling affected three leagues at three different levels, and finished with the Helena Brewers of the Pioneer League relocating here.

And in an unlikely turn after being dealt a potentially dire hand, the front office has taken this change and made the most of it.

While the actual on-field product will be undeniably inferior to the trained baseball eye (more on that in part two), the freedom and creativity this change afforded the front office is one they have not taken for granted.

“We were sick of doing the same things year after year,” Phillips said. “It wasn’t because of complacency, but it was because we were just kind of limited with what we could do with that Sky Sox brand. So now it has totally re-energized us. Now we can kind of do whatever we want.”

That energy was apparent in the Vibes’ offices from both Phillips and Kyle Fritzke, the Vibes’ director of marketing who helped spearhead the rebrand.

“We’re not ever going to shy away from the history and the greatness that was the Sky Sox,” Fritzke said. “But it just didn’t really have that story to build behind it. What does it really mean to Colorado? (The Vibes branding) just lends itself so much more to the region … and now you create a story behind the brand.”

The story the team wanted to foster — with the eventual Rocky Mountain Vibes rebrand — has become commonplace in minor league baseball. From the New Orleans Baby Cakes to the Jacksonville Jumbo Shrimp to the Rocket City Trash Pandas, the movement toward adorably wacky to flat-out-bizarre team names with a regional tie is a bandwagon Phillips and the front office wanted to jump on.

“If you look at the trend in minor league baseball over the last 10 years, it’s kind of like, ‘How crazy can you get?’” Phillips said. “We wanted to walk that fine line there, but we love what we came up with, and it’s awesome to see, every day now, staff will come in with fun, new, crazy ideas. And that just wasn’t really happening the last few years.”

They weren’t going to cross that fine line with the controversial final candidate, the Rocky Mountain Oysters.

“As great as the Rocky Mountain Oysters were, it would’ve killed it from a merchandising standpoint for about two years, but after about 10 years, the shine wears off a little bit,” Fritzke said. “And at the end of the day, you are now stuck with being bull testicles.”

For the rebrand, Fritzke said: “Good is great. Bad is OK. Indifference is where you fail.” And ultimately, despite taking some social-media heat for the Vibes name and the marshmallow logo and mascot, they did own Baseball Twitter for a day.

The logo and name were only the launching point for this newfound ambition and excitement in the front office. Phillips said he felt the staleness with the Sky Sox brand did trickle down to the fanbase.

The team’s attendance was either last or second-to-last in the PCL each of the past four years, and because of the inclement weather, April and May were months the team operated at a loss, according to Phillips. The Pioneer League season goes from June 14-Sept. 7.

More color at the park, a mural on the wall fans see upon entering the stadium, local breweries, new food options and a revamped kid zone are all new additions to the stadium for the 2019 season.

“Let’s Disney it up,” Phillips said, later adding, “We’re pretty, I would say, supremely confident that when you get here on Opening Day, you’re going to see some pretty ‘wow’ changes.”

Warner Strausbaugh is the page designer and occasional sports reporter and columnist for The Tribune. Contact him with questions and feedback at warner.strausbaugh@pikespeaknewspapers.com.