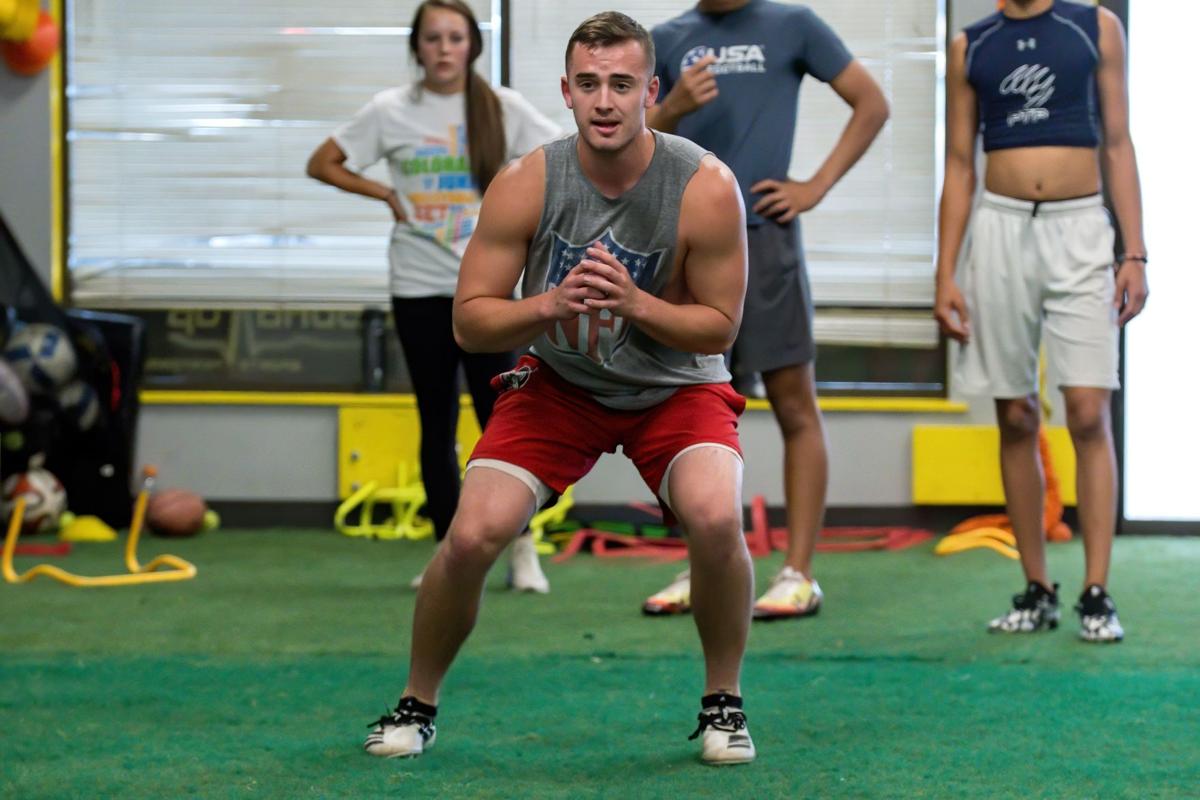 Former Palmer Ridge star quarterback Ty Evans spent the majority of the spring working out locally at such places as Ground Up Sports Performance in Colorado Springs. Evans is a redshirt freshman quarterback at North Carolina State. 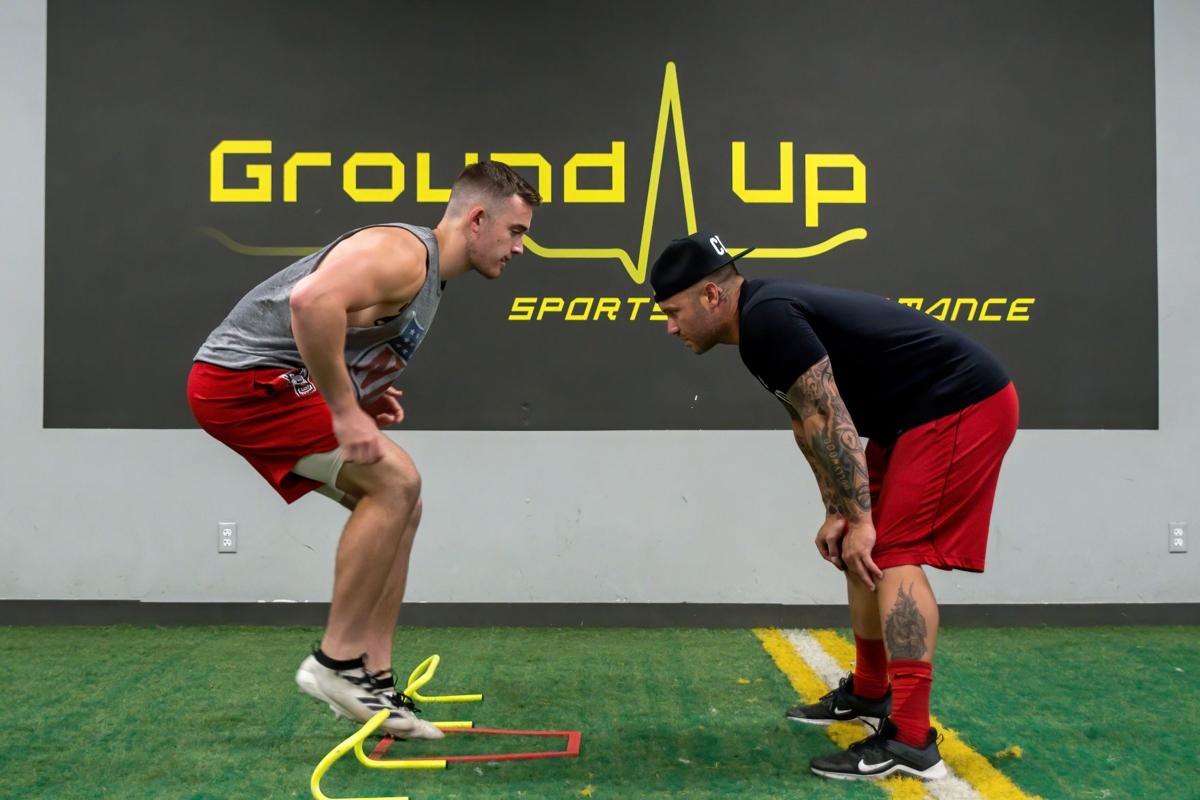 Ty Evans, left, has been training with Mike Bolio for six years. Bolio is the head trainer at Ground Up. 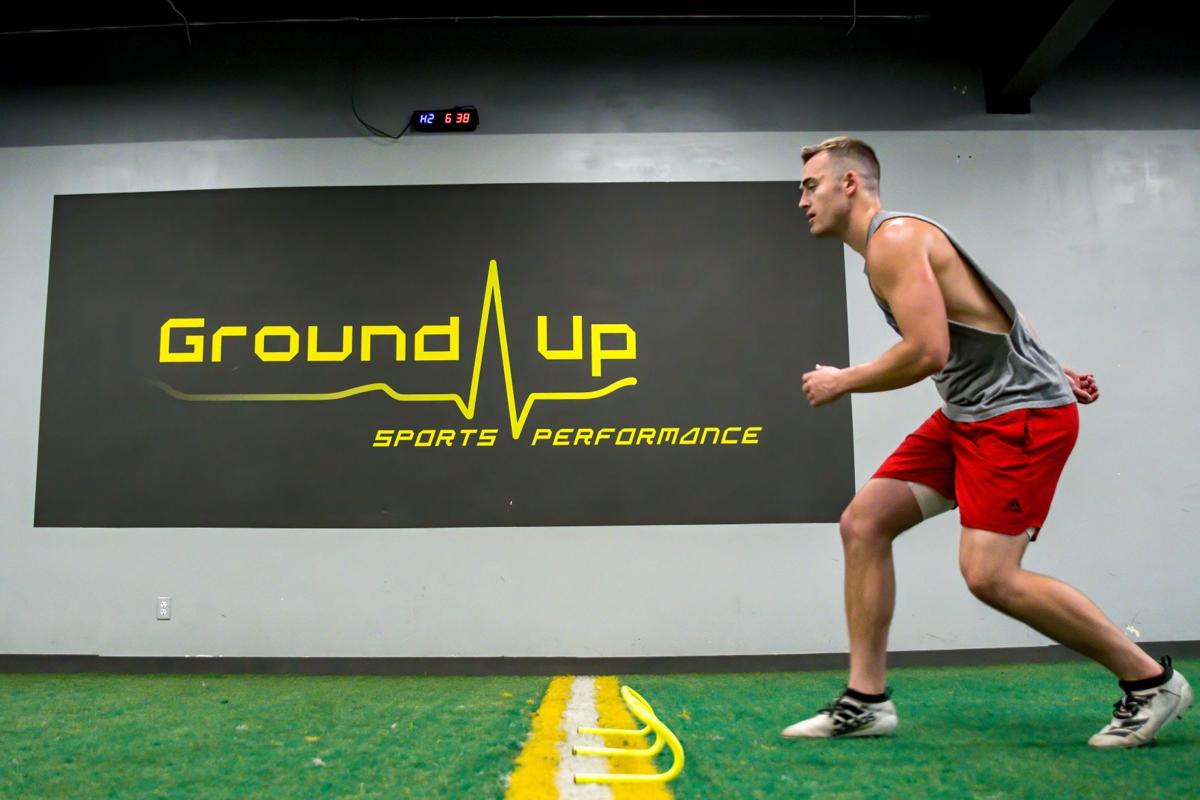 Ty Evans, who led Palmer Ridge to two state football titles, is listed as the No. 2 quarterback on North Carolina State’s depth chart.

Former Palmer Ridge star quarterback Ty Evans spent the majority of the spring working out locally at such places as Ground Up Sports Performance in Colorado Springs. Evans is a redshirt freshman quarterback at North Carolina State.

Ty Evans, left, has been training with Mike Bolio for six years. Bolio is the head trainer at Ground Up.

Ty Evans, who led Palmer Ridge to two state football titles, is listed as the No. 2 quarterback on North Carolina State’s depth chart.

Ty Evans is eager to prove that he is up to the challenge of being a Division I college football starting quarterback.

The former Palmer Ridge High School star is back at North Carolina State where he is preparing for his redshirt freshman season with the Wolfpack.

“I have to focus on every day and what can I do to get better, Evans said. “I have to tell myself the same thing I told myself in high school, ‘What if today is the difference between winning the state championship and somebody else?’ I have to go out and prove myself every day.”

Evans, 19, was at his family’s home most of the spring working out on his own and with his personal trainers. With all the chaos due to the COVID-19 pandemic, Evans returned to Colorado in March so he could train without too much interruption.

“I was able to get a lot more done here than at school since everything was pretty much shut down there,” said Evans, who is majoring in communications and media. “Missing spring ball was huge. Especially for me. It’s where I was hoping to get more comfortable in college football. This spring, especially, was going to be huge for me from a learning aspect.”

Evans used Ground Up Sports Performance in Colorado Springs as one of his main training facilities. He worked primarily with Mike Bolio, Ground Up’s head trainer.

“Our primary focus with Ty is speed and agility,” said Bolio, who has been working with Evans since his freshman year in high school. “Everything quarterback and mechanical based he does up at Jenkins (Elite in Englewood). We just complement what they do to make Ty more movement efficient inside the pocket and outside the pocket.”

Evans is working on improving the skills that he hopes will translate into a shot at some serious playing time this fall. According to the NC State football website, Evans is listed as the No. 2 quarterback on the depth chart. It was updated June 12. Prior to that he had not been listed in the top three.

“One thing I’ve learned in college athletics is that if you’re worried about where you are on the depth chart or when you are going to play you get lost and you feel useless,” Evans said. “I was on the scout team last season and I had to look at the bigger picture. I didn’t know that I didn’t know anything about college football until I got to college.”

To Evans, it seems like an eternity since he threw a pass that counted. The date was Dec. 1, 2018, when he passed for 187 yards in Palmer Ridge’s wild 47-38 victory over Pueblo East in the Class 3A state championship game.

A month later Evans was attending classes at NC State. He graduated from Palmer Ridge a semester ahead of his high school classmates so that he could enroll at NC State to get a jump-start on his college career. He participated in spring ball with the Wolfpack in 2019 and was a full participant last summer as he headed into his freshman season.

NC State’s roster was littered with quarterbacks and Evans was among the many who redshirted. He now stands behind redshirt sophomore Devin Leary, who prepped at Timber Creek High School in Sicklerville, N.J. Leary started eight games for the Wolfpack last season, completing 101 of 210 passes (48.1%) for 1,219 yards and eight touchdowns. Four other quarterbacks threw at least one pass for the team.

“D-I athletes are all legit, so I have to do the best I can to try and keep a big picture and try to focus on what I can do that day to put me in the right direction,” Evans said.

NC State was Evans’ third college of choice during his recruitment process. He initially committed to Arkansas and Colorado, but pulled back after those head coaches were fired. He has no regrets about living in Tobacco Road.

“I love Raleigh and I love North Carolina State,” Evans said. “Living the college experience and meeting all these new people has been great.”