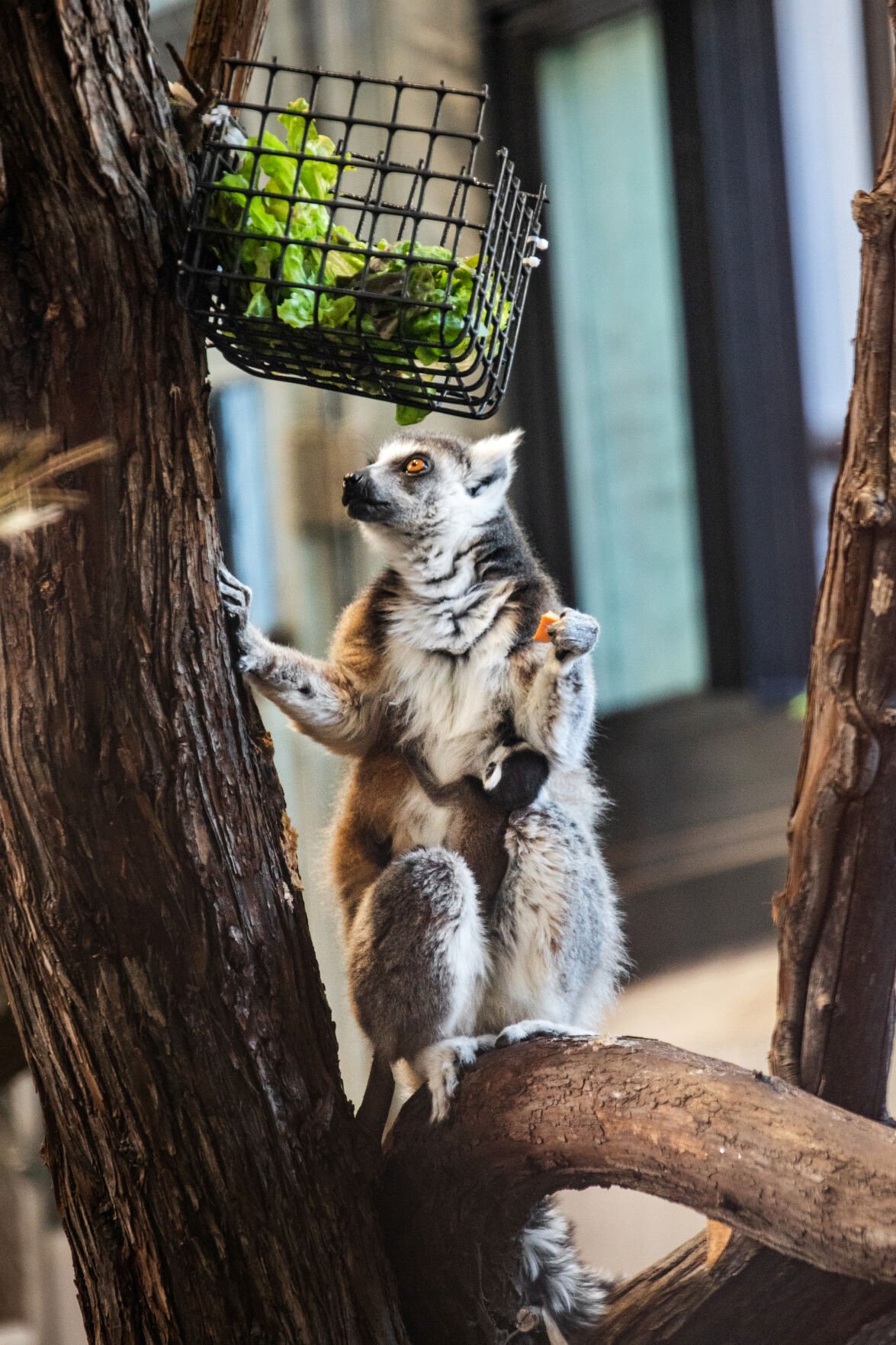 Rogue, a ring-tailed lemur, with her new baby clinging to her chest. 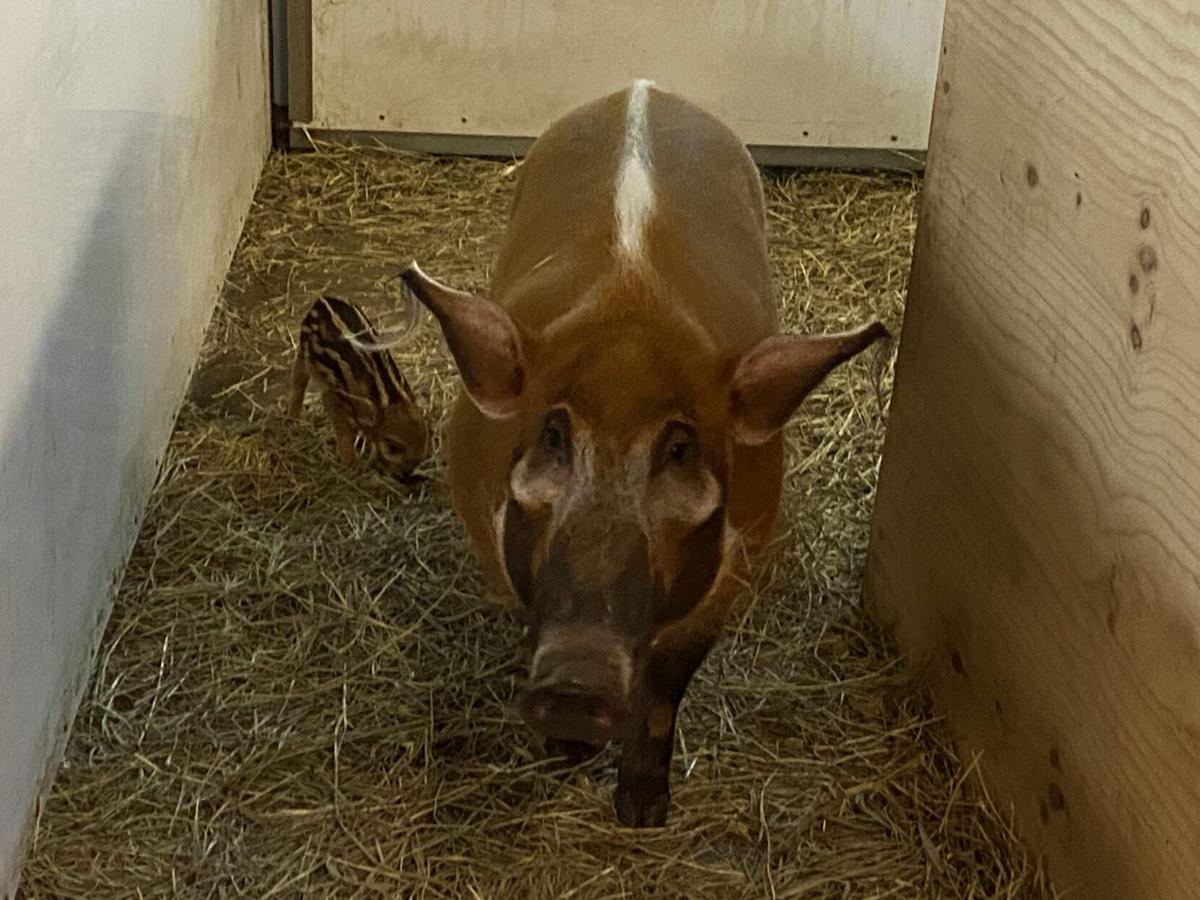 Zena, a Red River hog, is seen with her six-day-old piglet.

Rogue, a ring-tailed lemur, with her new baby clinging to her chest.

Zena, a Red River hog, is seen with her six-day-old piglet.

Rogue, an 8-year-old ring-tailed lemur, gave birth to a baby on April 26, and Zena, a Red River hog, birthed a piglet on April 24. Both moms and babies are doing well, zoo officials said.

Rogue’s baby, whose gender has not yet been identified, is the first lemur born at the zoo in 15 years, and the first baby of any kind born at Water’s Edge: Africa — the new exhibit for hippos, penguins, warthogs, pelicans, lemurs and more.

“We knew Rogue was expecting, and we are excited to welcome our first Water’s Edge baby to the world,” said Philip Waugh, lead keeper for the new exhibit. “When we came to work Monday morning, we could see Rogue carrying this tiny little baby around so delicately and being really attentive.”

“It’s been exciting watching the baby, but it’s been even more special watching Rogue embrace this role so naturally,” Waugh added. “It’s amazing how she just knows what to do.”

The baby’s 3-year-old dad, Hercules, has shown an interest in his new baby, but the newborn clings to mom’s chest and stomach most of the time. Lemur fathers don’t typically take an active role in raising their young, according to the release.

Visitors will be able to see the baby on Lemur Island in the center of the hippo pool.

Like Rogue’s baby lemur, the gender of Zena’s piglet hasn’t been established yet, and likely won’t be for another few weeks. Keepers have been impressed with the baby’s mobility, even at only six days old.

“This is the cutest baby you’ve ever seen in your life,” said Brooke Powell, Zena’s primary trainer. “It’s about the size of Zena’s snout, and it’s a beautiful orange-red color with white stripes and spots on its body. It’s so small, but it can move! It’s been super active, running and bouncing around.”

The 7-year-old hog’s keepers say she is bonding well with her piglet.

Unlike lemur dads, Red River hog fathers are heavily involved in raising their young, officials said. But Huey, the piglet’s 13-year-old dad, won’t be introduced to the baby until it has had more bonding time with its mother.

“Zena is an awesome mom,” Powell said. “She’s really protective, which is great, and she lets her keepers look at the baby. She makes sure baby is following her wherever she goes, too. They’re really snuggly with each other, and Zena is certainly making sure that little piggy gets plenty to eat.”

The young Red River hog is expected to be out of sight for a few weeks until the weather stabilizes, officials said.