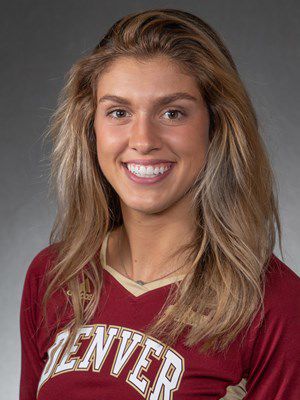 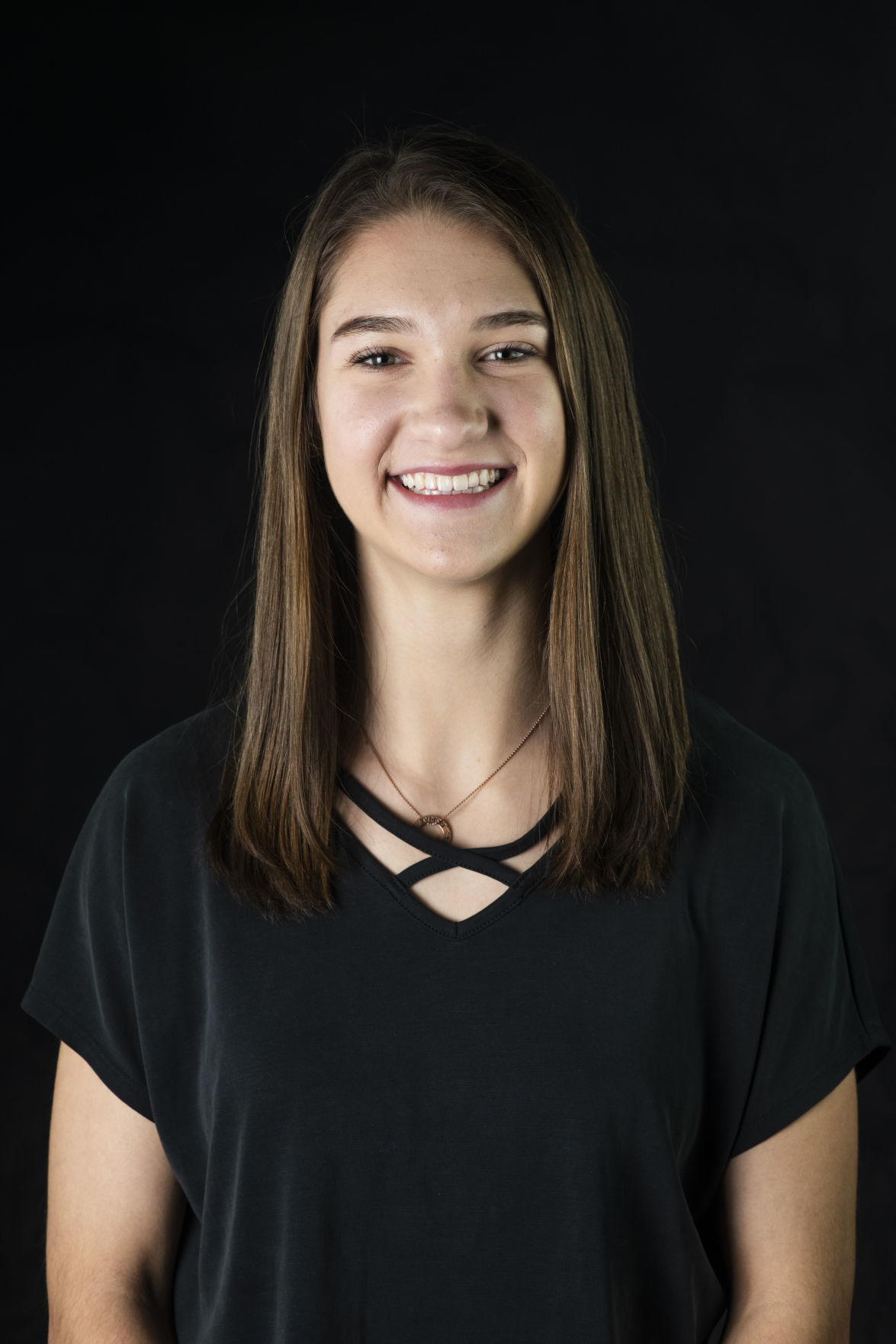 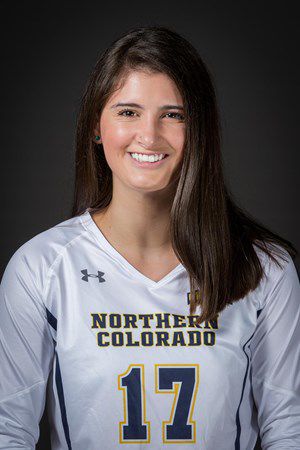 Bartalo, a Lewis-2017 Lewis-Palmer High School graduate, will be in her senior season when the Pioneers take the court this fall. An outside hitter, she appeared in all 32 matches and 117 sets for DU last season. She led the Pioneers in kills with 374, averaging 3.20 kills per set, and service aces with 48. She ranked second on the team in digs with 276. She recorded eight double-doubles on the season. She was named Summit League Offensive Player of the week following a career high 21-kill performance at Omaha on Oct. 15. She received Summit League All-League honors while becoming the first Summit League Player of the Year in DU program history. She was also named to the America Volleyball Coaches Association Midwest All-Region team and earned an AVCA All-America Honorable Mention nod. As a sophomore she saw action in all 110 sets and started in all 30 matches. She broke the DU all-time record with 60 aces in a single season. As a prep, she helped Lewis-Palmer to three Class 4A state titles and one runner-up finish. Her younger sister, Gianna, will be a freshman on the DU team this fall.

Bartalo, a 2020 Lewis-Palmer High School graduate, will be in her freshman season this fall for the Pioneers. She is listed on the team’s website as a libero. Bartalo enjoyed a spectacular prep career. A four-year starter, she helped Lewis-Palmer to four consecutive Class 4A state titles. An excellent all-around player, she led the Rangers in service aces last year with 70 and digs with 725 – 501 more than the next highest player. She was named to the MaxPreps Sophomore All-American Team in 2017, and was named a 2019 Prep Volleyball All-American. She was also named the 2020 Colorado Sportswoman of the Year for high school volleyball. A member of National Honor Society, she served as the L-P Student Body President her senior year. She is the fourth sister in her family to play college volleyball. Her older sister, Lydia, is a senior outside hitter for DU.

Sciacca, a 2019 Lewis-Palmer High School graduate, will be in her sophomore season with the Bears when the fall campaign begins. A setter, Sciacca played in six sets last season and had 21 assists. She had a career-high five assists twice — at Santa Clara and at Eastern Washington. Sciacca had an incredible prep career at Lewis-Palmer. She was the 2018 Colorado Gatorade Player of the Year after helping the Rangers to the Class 4A state title. She recorded 829 assists, 246 digs, 64 service aces and 39 blocks while being named the CHSAA 4A Player of the Year. She was also named a PrepVolleyball.com All-American. She also helped L-P to state championships in 2016 and 2017. Sciacca was a four-year letter winner for the Rangers. As a freshman, she helped the team to a state runner-up finish. She maintained a 3.48 GPA in high school. She is majoring in audiology and speech therapy.