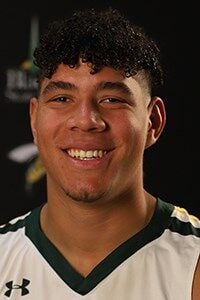 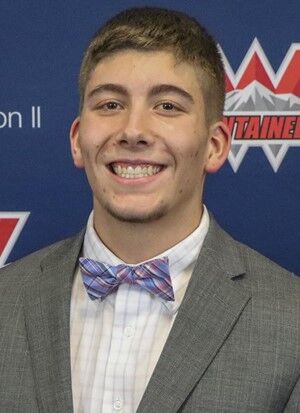 Scott, a 2019 Lewis-Palmer High School graduate, is in his sophomore season as a forward with the Yellow Jackets. The 6-foot-7 Scott was named the Rocky Mountain Athletic Conference Freshman of the Year in 2019-20. He started 28 games and appeared in all 29 games while leading the team in scoring with 17.4 points per game. He scored a season-high 35 points at Colorado State University-Pueblo on Jan. 25. He also had a season-best in field goals made (14), 3-pointers made (4) and 3-point attempts (6). He pulled down a season-high 11 rebounds against New Mexico Highlands. This season, he has started both of the team’s games, averaging 18.0 ppg per contest. He scored 23 points against Colorado Mesa in the season opener. As a prep, Scott helped the Rangers to a 28-0 record and the Class 4A state title in 2019. He was a four-year letterman for the Rangers. He also helped the club to state runner-up appearances in 2017 and 2018.

Ragsdale, a 2019 Lewis-Palmer High School graduate, is in his sophomore season as a shooting guard with the Mountaineers. He started each of the team’s first four games this season. He is averaging 14 points and 29 minutes per game. Ragsdale scored a season-high 22 points against Metro State on Dec. 12. He converted 9-of-17 field goals, including 2-of-8 from beyond the 3-point arc. He’s had four rebounds in a game twice (Fort Lewis and Metro State). As a true freshman in 2019-20, he averaged 12.4 points. He scored a career-high 31 points against Regis. He drained a career-high seven 3-pointers in that game. He scored 20-plus points in seven other games. He started 12 games. Ragsdale had a solid prep career for Lewis-Palmer. As a senior, he helped the team to a 28-0 record and the Class 4A state championship. He also started as a junior and helped the Rangers to a state runner-up finish.