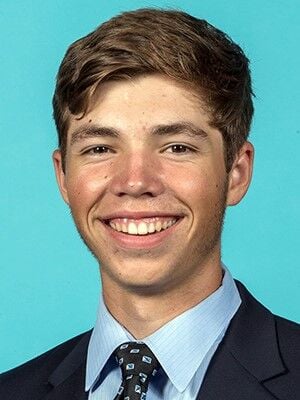 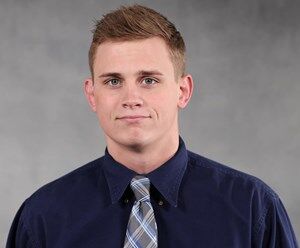 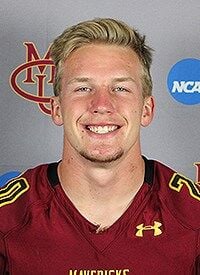 Blackburn, a 2018 Discovery Canyon High School graduate, is in his junior season with the Quakers. He played in just two tournaments last spring before the season was canceled due to the COVID-19 pandemic. He was fifth among Penn players (B Team), 100th overall at Appalachian State’s Bash at the Beach with a three-day total of 254 (82-86-89). He was in the lineup in one of Penn’s four fall tournaments in 2019. He had a low round of 74 at Yale’s McDonald Cup. He had a stroke average of 82.5 in his six fall and spring tournaments. Blackburn enjoyed a stellar prep career. Lettered in golf and basketball, captained both teams as a senior. He helped Discovery Canyon’s golf team win the Class 4A state championship in 2017. He was also a member of the National Honor Society, National Math Honor Society and National Science Honor Society. His mother, Laura, played volleyball in the German National League. Blackburn is enrolled in the College of Arts and Sciences.

Turner, a 2016 Discovery Canyon High School graduate, will be in his redshirt senior season with the Lopers. Turner transferred to Division II Kearney from D-I Wyoming. He was a National Wrestling Coaches Association (NWCA) All-American at 149 pounds and qualified for the national meet by placing first at the Super Region VI Championships. He was ranked ninth in the nation in the final national poll. While at Wyoming, Turner was a two-time NCAA Division I qualifier (141 and 149 pounds) and had a combined 58-31 record over the 2018 and 2019 seasons. Turner enjoyed an outstanding prep career at Discovery Canyon. He was a three-time state champion. He became the 100th wrestler from Colorado to accomplish that feat. Turner won state titles at 138, 132 and 120 pounds. He went 41-2 during his senior season. He was 33-1 as a junior.

Sparks, a 2019 Palmer Ridge High School graduate, will be in his redshirt freshman season with the Mavericks. He is a linebacker. As a prep, he was a part of two state championship teams (2017 and 2018) for Palmer Ridge and a two-time All-State linebacker. He led the team in total tackles as a junior with 121 (48 solo). He also had eight quarterback sacks and four fumble recoveries. As a senior, he also led the team in total tackles with 125 (52 solo). He was second in sacks with 13. Sparks plans to major in business administration.