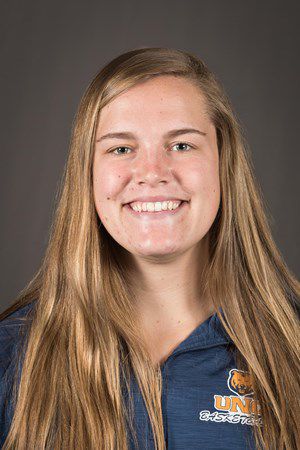 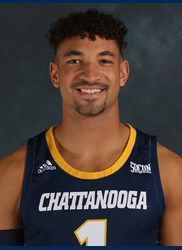 Meyer, a 2014 Palmer Ridge High School graduate, is in her senior season with the Bears. A center/forward, Meyer is averaging 2.5 points and 5.5 rebounds per game. She started the team’s first eight games this season and has come off the bench for the last four contests. She had a season-high 15 rebounds against Colorado State on Nov. 8. As a junior, Meyer started all 32 games for the Bears, averaging 31.1 minutes. She grabbed a program-record 348 rebounds on the season, ranking first in the Big Sky Conference and 17th in the nation. Her 10.9 rebounds per game ranked second in the Big Sky and 22nd in the NCAA. She had four double-doubles on the season and grabbed 10-plus rebounds in 23 games while averaging 6.8 points per game. Meyer missed the entire 2017-18 season due to a knee injury. She was forced to sit out the 2016-17 season due to NCAA transfer rules after moving to UNC from Division II Colorado Christian. She played her first two years at Colorado Christian and helped CCU win RMAC title her freshman year and make NCAA DII Sweet 16. She was the 2016 Colorado Christian Athlete of the Year.

Scott, a 2016 Lewis-Palmer High School graduate, is in his senior season as a guard for the Mocs. He has played in all 15 games (no starts) and is averaging 5.3 points and 16.7 minutes per game. He scored a season-high 15 points against Jacksonville State on Nov. 30. As a junior, Scott started all 32 games for the Mocs, averaging 6.1 points and 3.5 rebounds. He was one of two players on the team to start every game for the team. He made 44.4% from the field and 39.7% from 3-point range. He made the Dean’s List, Athletics Director’s Honor Roll and was Academic All-Southern Conference. Scott transferred to UTC from Otero Junior College. He played in 60 games (57 times starts) over two seasons and helped the Rattlers to a 49-14 record over that span. He was coached by Lewis-Palmer alum and former player Brendan O’Connor. As a prep, Scott was on Lewis-Palmer’s 2013 Class 4A state championship team. He also helped the Rangers to the 2015 state semis and the 2016 state quarterfinals. Three of his four brothers have played or are playing collegiately. Josh is playing professionally in Japan. Jonathan is majoring in exercise science.