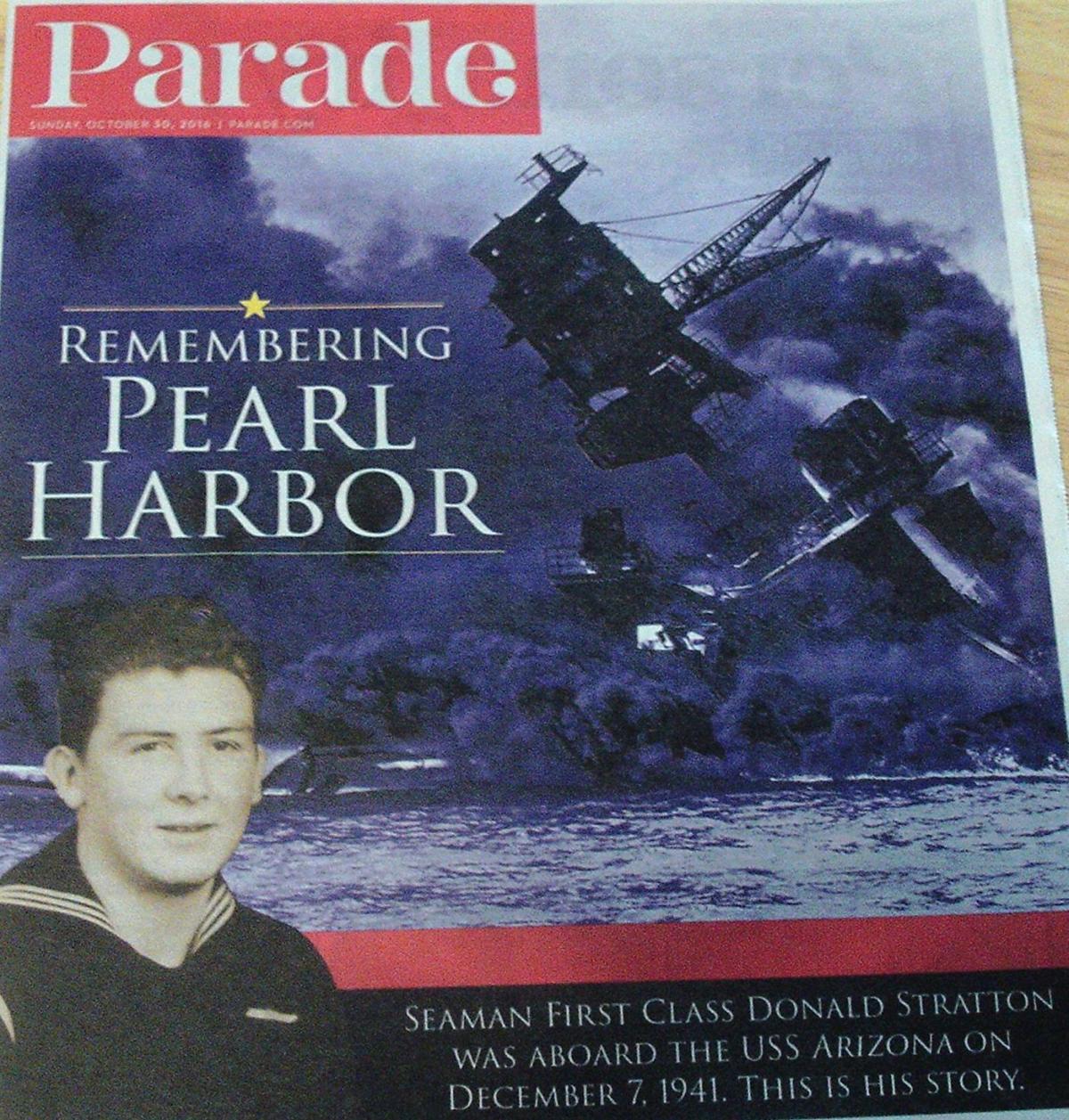 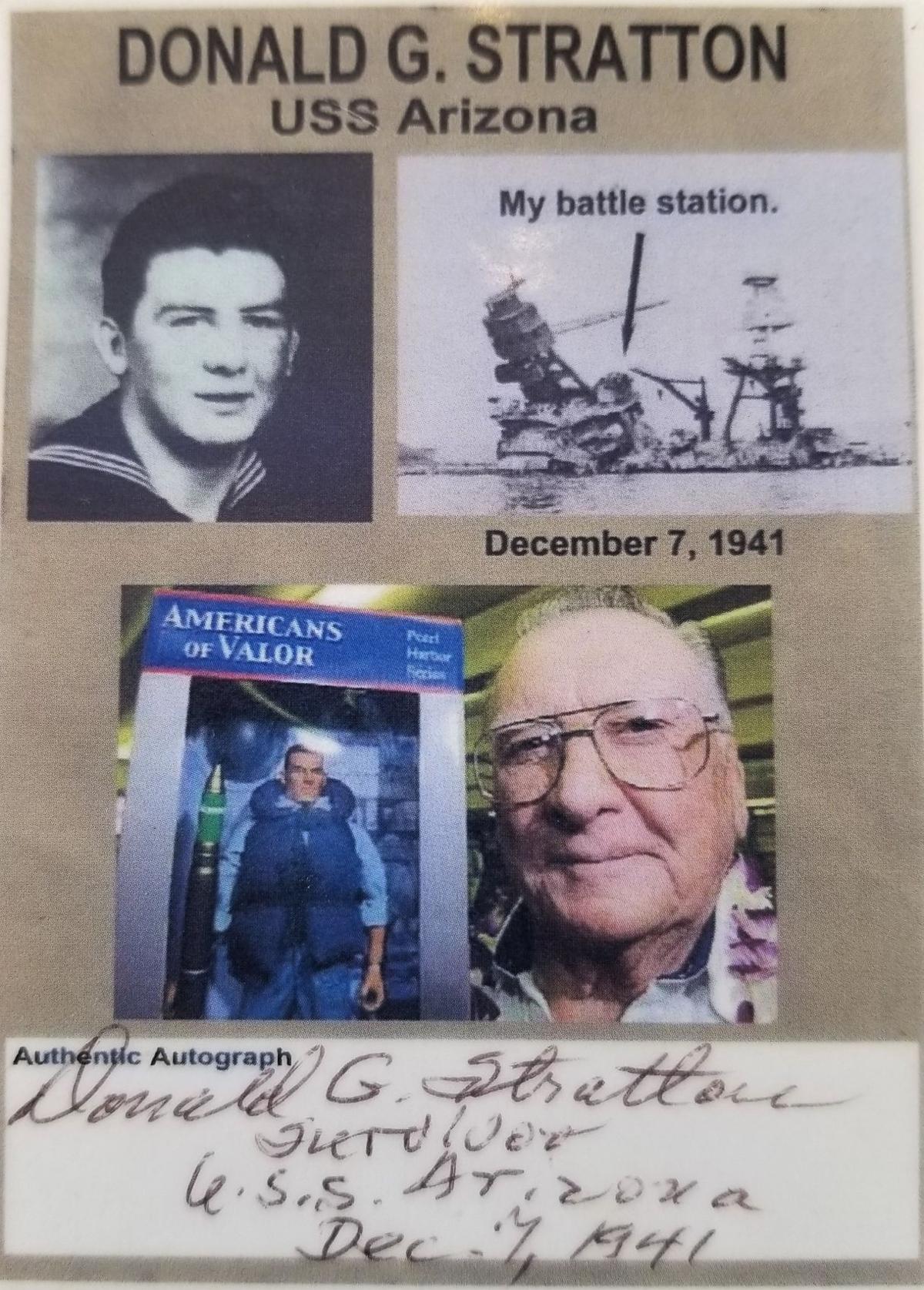 My good buddy Mark Schaefer, who lives in Briargate, spends a lot of time with veterans. He takes them to lunch and breakfast, Air Force football games and the National Museum of World War II Aviation in Colorado Springs.

Mark has a gentle spirit. He doesn’t ask for anything and loves poring into the lives of those who have served our country with bravery and pride. Mark is fondest of those who served in World War II. Those men and women are part of our “Greatest Generation.”

About 10 years ago I introduced him to Donald Stratton, another friend, who was serving on the USS Arizona when the Japanese attacked Pearl Harbor shortly before 8 a.m. on Dec. 7, 1941. The attack killed 1,177 of the 1,512 crewmen on board.

Only three of the survivors are alive today; Stratton, Lou Conter and Ken Potts.

If Stratton’s name sounds familiar, it’s because you may have seen it on a sign as you travel north and south on I-25 near the Fillmore Street exit.

Stratton, 97, is a longtime Colorado Springs resident whose family roots are grounded in various parts of the Pikes Peak region. He was just 19 and a seaman first class in 1941 when the Arizona took a direct hit with a bomb detonating in an ammunition storage area directly below Stratton’s battle station.

With burns over two-thirds of his body, Stratton managed to pull himself on a cable more than 60 feet through the raging flames to safety aboard the nearby USS Vestal, which had been tied to the Arizona in the harbor. After months of recovery, Stratton was back in uniform and back in action. He even reenlisted.

Stratton and his wife, Velma, have been married for more than 70 years. Mark often goes to their home and visits with them. He and Donald watch football games and share stories.

The Strattons have one son, Randy, a longtime club basketball coach in the area. He played semi-pro basketball in Australia and participated in an NBA tryout. Today, he’s busy embracing the role of grandfather.

Randy has two daughters, Jessika and Nikki. They are among the finest basketball players our region has ever produced. They both played for Coronado High School.

Jessika earned a scholarship to Baylor University and was a star player for the Bears. Her last name is Caldwell today and she is the head girls’ basketball coach at Valor Christian. She was the former head coach at the University of Colorado at Colorado Springs.

Nikki earned a scholarship to Washington State and played 3 ½ seasons for the Cougars. She served as a torchbearer for the Winter Olympics flame journey to Salt Lake City in 2002.

If you want to learn more about Stratton’s experience that day in Pearl Harbor, read his book, “All the Gallant Men: An American Sailor’s Firsthand Account of Pearl Harbor.” It is available at the Penrose Public Library, as well as through Amazon, Walmart, Target, Barnes and Noble and most other online outlets.

Randy Stratton said efforts are underway to produce a film based on the book.