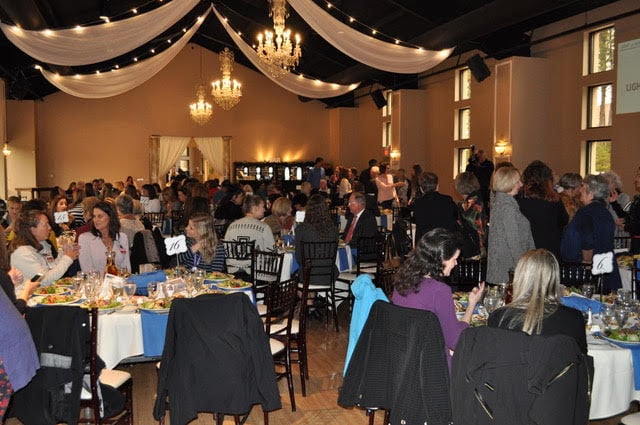 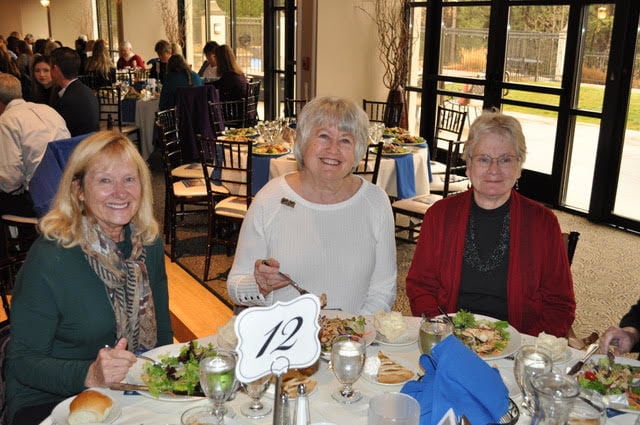 CASA of the Pikes Peak Region hosted its 7th Annual Light of Hope North luncheon Oct. 24 at the Wedgewood Wedding Center in Black Forest. The event gave guests an opportunity to learn more about CASA’s mission and pledge financial support to the organization.

“The Light of Hope luncheon used to be held downtown,” said Black Forest resident and longtime CASA volunteer Karen Hilborn. “About six years ago, I advocated for it to be held up here in Black Forest. Many people from up here don’t go downtown very often. Holding the event in Black Forest brings a whole new population. I love it, as many of the people who attend are my friends and neighbors,” she explained.

CASA stands for Court Appointed Special Advocate. A CASA volunteer is appointed by a judge and works as part of a team in cases of child neglect and abuse. “Case workers and guardian ad litems have so many cases to try to manage. A CASA often brings a different perspective to the case. The kids are our priority; we meet with them about twice a month. Our number one goal is to look out for the best interests of the child,” said Hilborn, who has served as a CASA volunteer since 1992.

Hilborn served as a Table Captain for this year’s luncheon, inviting many of her friends. To the event. “Karen has always spoken so highly of the CASA organization, I wanted to learn more about it,” said Black Forest resident Marcia Hannig. “The CASA program sounds very impressive,” agreed Black Forest resident Sherrie Lidderdale.

CASA Executive Director Angela Rose applauded the commitment of the CASA volunteers. “I am inspired by the compassion and commitment of our volunteers. The role of a CASA is to protect the most valuable citizens in our community, our children. Serving as a CASA requires courage, love and dedication. CASA currently has over 90,000 volunteers in over 1000 programs across the nation. The volunteers can and do transform the life of a child,” she said.

CASA Advocate and Peer Coordinator Roy Fulcher shared his experience as a CASA volunteer, which began in 2012. “My first case was with Gavin, who was only four months old at the time. I wondered how I could possibly advocate for someone who couldn’t tell me what they needed?” Fulcher said.

Gavin’s mother was in an abusive relationship with Gavin’s father. “At one point, our team decided that Gavin needed to be removed from the home. I worked with Gavin’s mother and helped her understand the seriousness of her decisions. Ultimately, she was able to end the relationship and provide a safe and secure environment for Gavin, and he was returned to her,” Fulcher said.

Flying Horse resident Karen Redden has been involved in CASA since the 1990s. “I was a CASA in Kansas City, then got involved again when I moved to Colorado Springs,” she said. Redden is a member of the Circle of Impact. “The Circle of Impact is a group of women who financially support CASA. We do fundraising events and each commit to donating a certain amount of money. CASA is so important: it just breaks your heart when you hear about kids who don’t have anyone to speak up for them,” said Redden.

Northgate resident Marquesa Hobbs knows the importance of a CASA advocate. “Our family served as a foster family for children for many years. At one point, we had a brother and sister we were fostering, that we intended to adopt. They didn’t have a CASA. There was all sorts of confusion during the case, and we wound up not being able to adopt the siblings. If there had been a CASA advocating for them, we were told that we would not have lost the chance to adopt them,” Hobbs said.

Hobbs has served on the Circle of Impact for the last four years. “It’s a place I can really make a difference. The Circle of Impact is a great way for people to get involved in CASA: maybe they can’t serve as a CASA, but they can give money, help spread the word about CASA,” she said. “I am really committed to the mission of CASA. There are so many kids that might wind up in a situation that is not in their best interest without a CASA advocate. I’ve seen the difference having a CASA makes; it touched our family firsthand,” she added.